Here I am on a 6 hour long coach ride back from Tioman.
Bah… at this rate, I’ll be alighting the bus approximately midnight

Anyhoozers, Part 2 of The Star BRATs like I promised!
A sequel to this blogpost of BRATS Part 1, Kuantan was where it all happened. 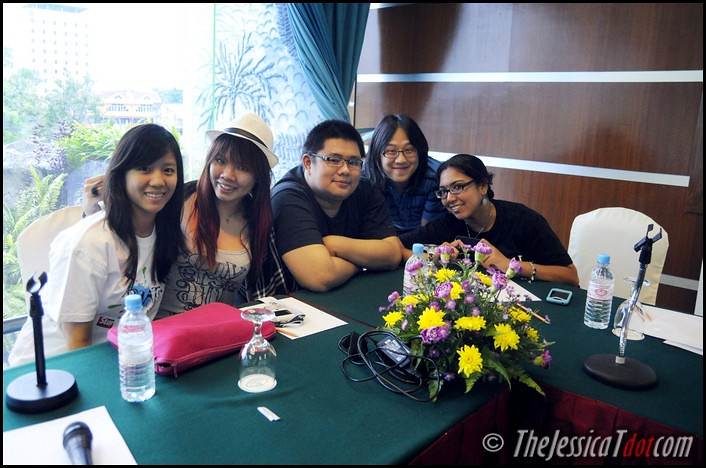 BRATs began and a few of us began manning the registration counter.
Typical! The BRATs were all on their best behavior on the first day. Hehe. But not for long! 😛 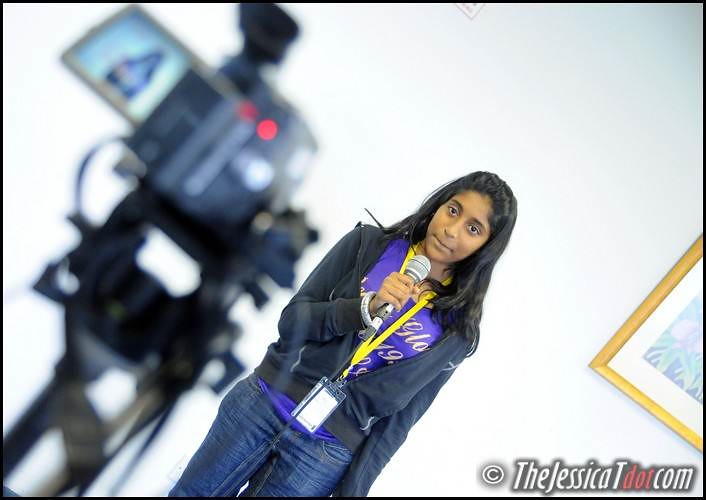 For starters, they were required to introduce themselves.. sounds pretty easy right?
BUT ON CAMERA! Yup, a stand upper was what they were supposed to do.

They did pretty well considering it being their 1st time. However, there were some hilarious blunders and bloopers which became a significant inside joke for most of ‘em.

Something that went along the lines of : “HI. MY NAME IS SIXTEEN. EHH?” 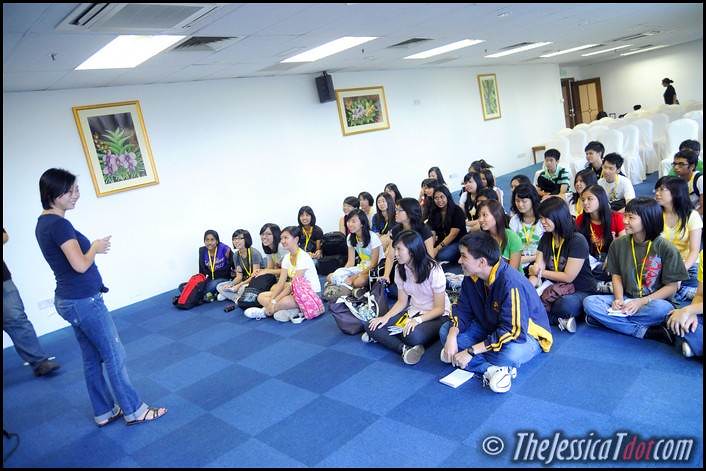 More food for thought on newsworthiness, what makes news, different types of news and other fundamentals were being fed to their young minds before putting them on a simple practical test.

They were to gather as much info as possible about Jason and I and interview us on different angles of our blogging history, profile and journey. How to interview a person, how to approach a person and ask the right questions 🙂 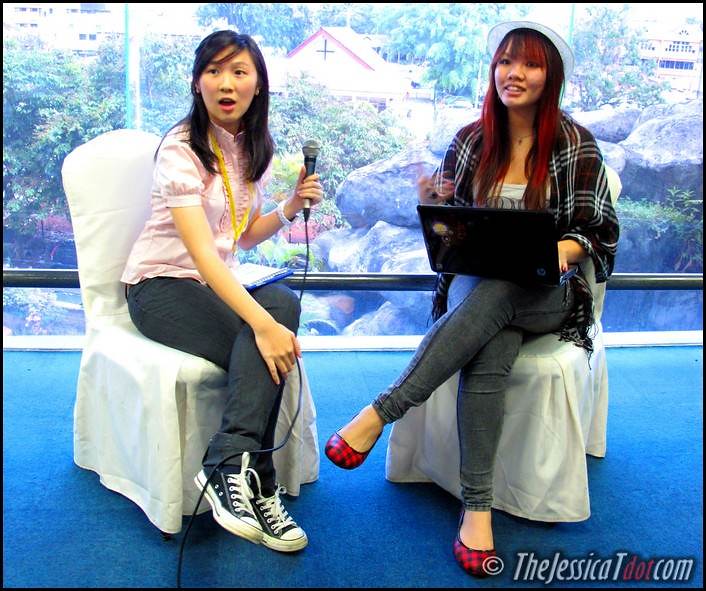 Now, these were important to hone their skills – before they set off in the open to scour for news and handle real life interviews. 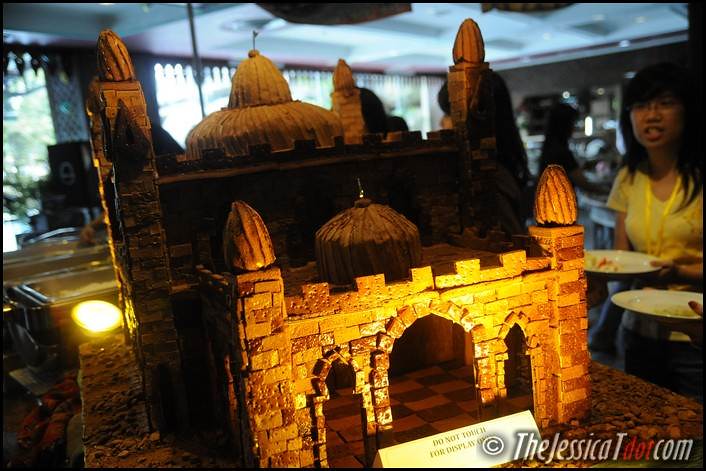 …..but a GINGERBREAD MOSQUE? Cooooolios 😀

The very next morning, it was time for them to put their newly acquired skills to test. Yeeehawww!
Feeling ambitious? 😀 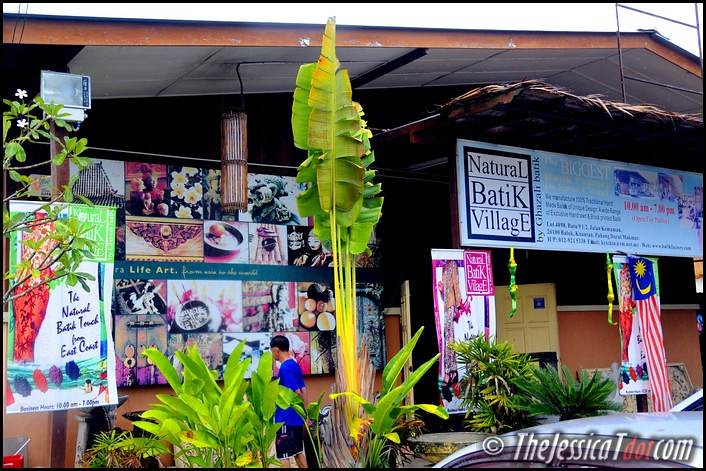 The BRATs was split into a few groups for convenience and the group that Ian and I accompanied were assigned to the Batik manufacturing factory. For the benefit of my non-Malaysian readers, Batik is a cloth that traditionally uses a manual wax-resist dyeing technique. 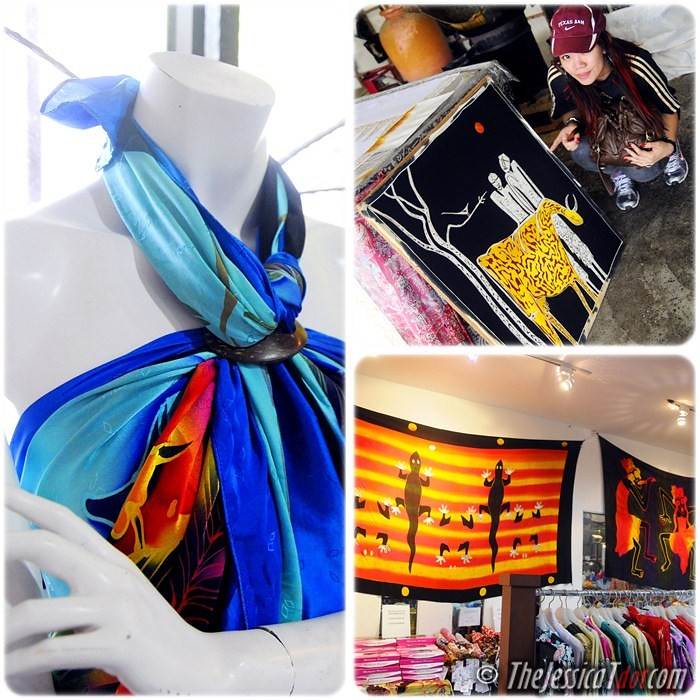 See the pretty finished products that we love and adorn?

Now, let’s get behind the scenes! 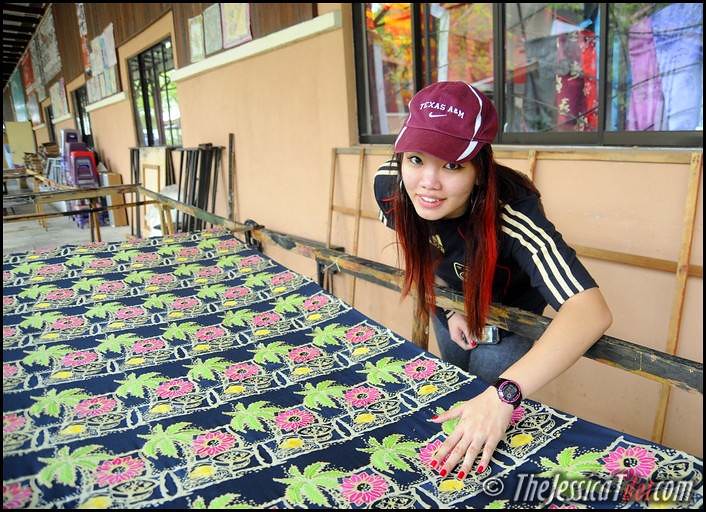 There are 4 key processes involved in making a Batik.
Waxing, Coloring,  Dyeing and Boiling 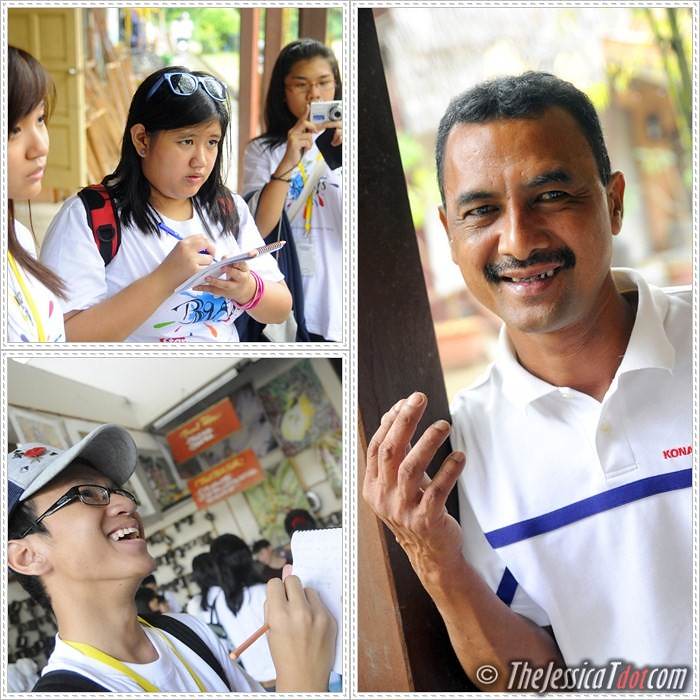 I watched and guided some of them as they interviewed the masters of the trade
He’s Myanmanese (and I don’t recall his name) but this fella below speaks fluent Bahasa Malaysia and Mandarin! 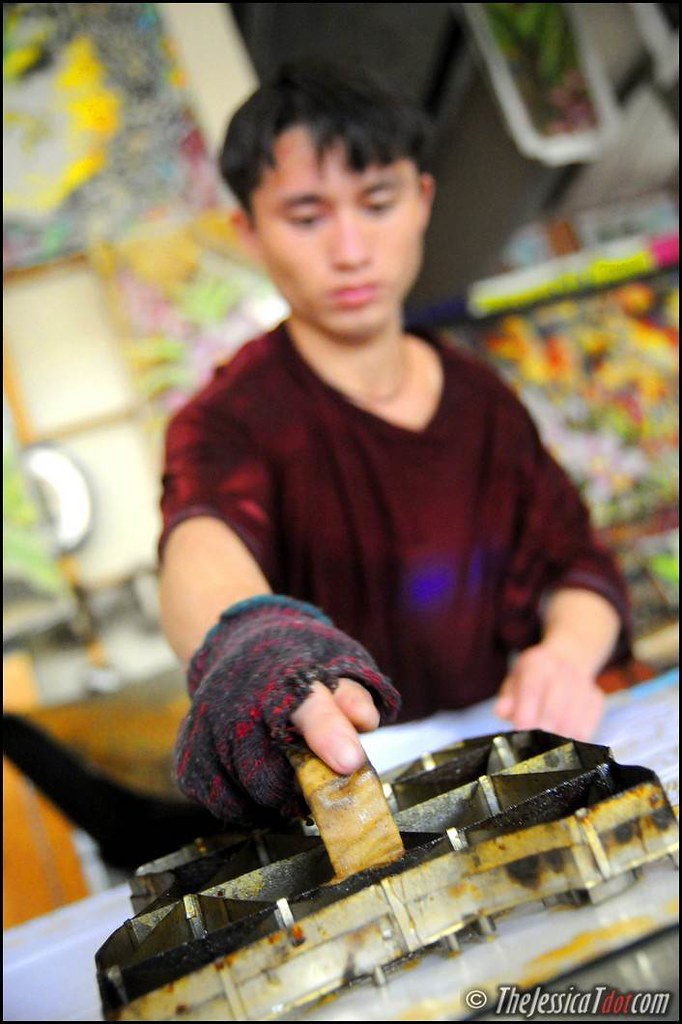 Not too shabby for a non-local, at all 😀

Kinda puts my Mandarin command to shame but that’s besides the point. Heh 😀 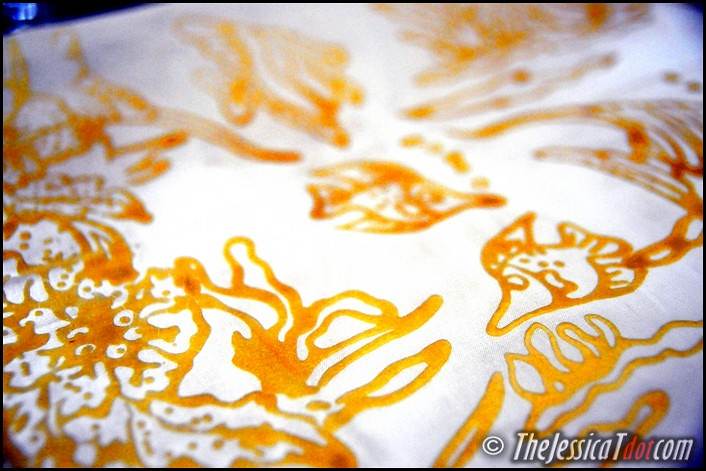 They were given a chance in stamping the repetitive Batik motifs with hot boiling wax. 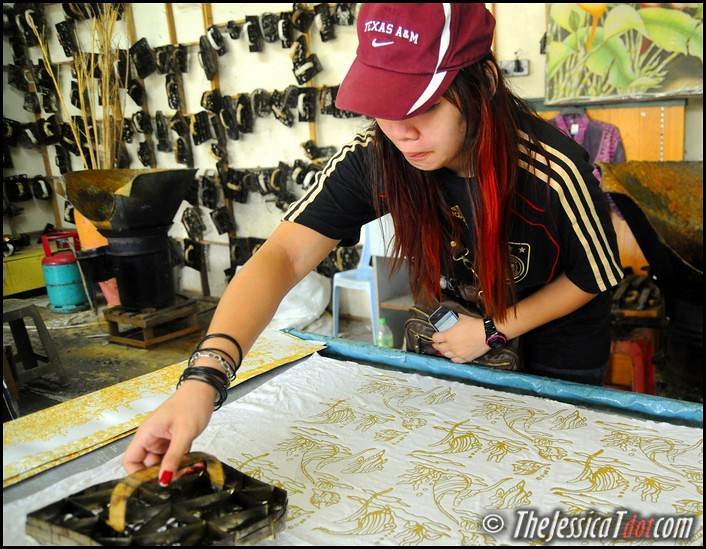 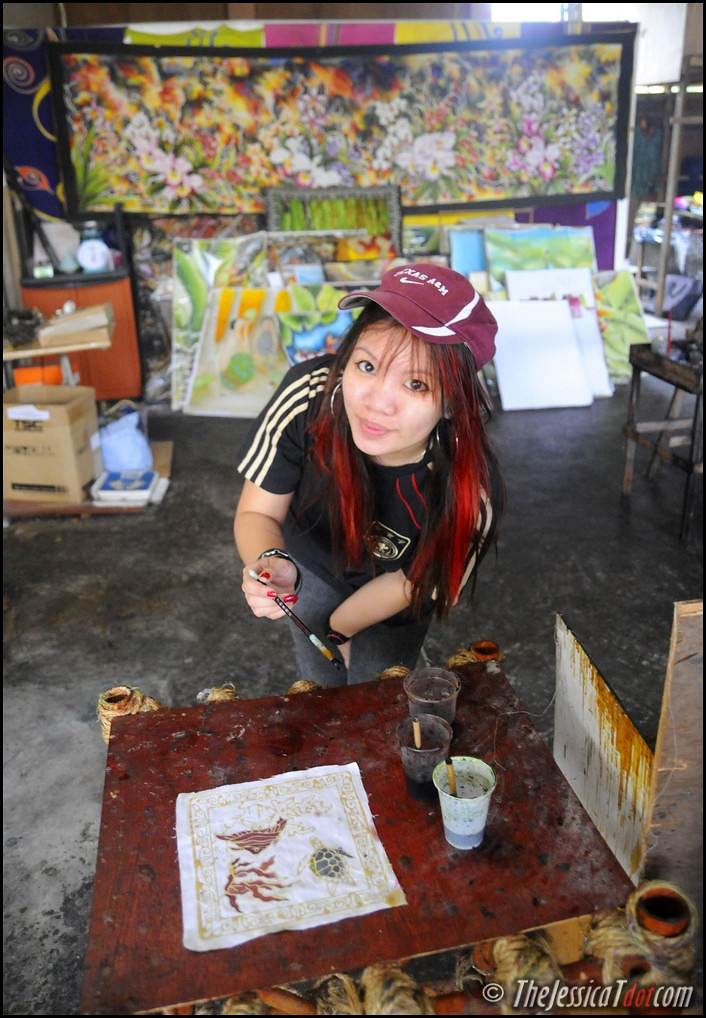 I don’t know who’s bright idea it was to do our very own BRATs version of Batik but we imprinted our lack of artistic skills on the cloth to form an unimpressive, lopsided outline anyway. 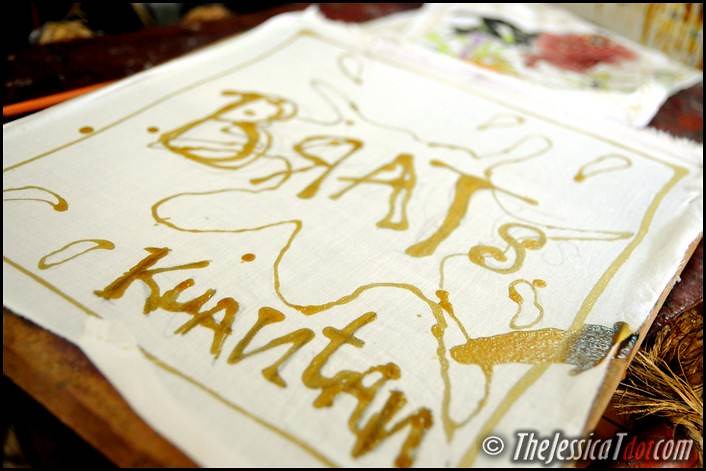 Finished product. Doesn’t it look somewhat close to the original? 😀 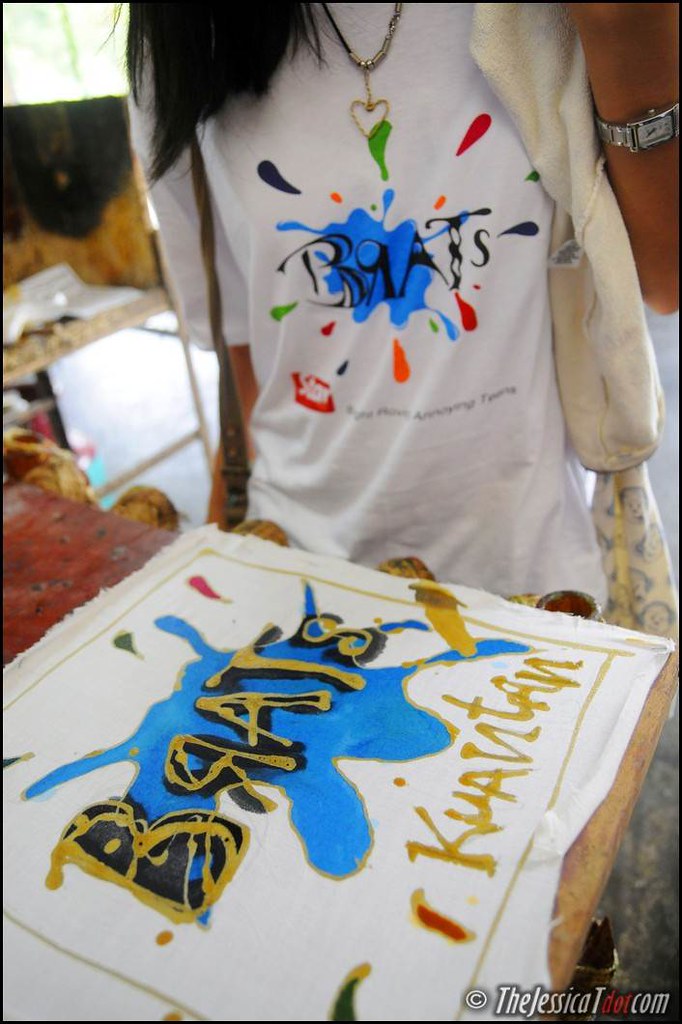 Hell yeah, if I do say so meself!

Here’s the final process. When everything is all stamped and painted on in place, the masterpieces are dunked into a boiling hot cauldron of water and soda to melt off the wax. 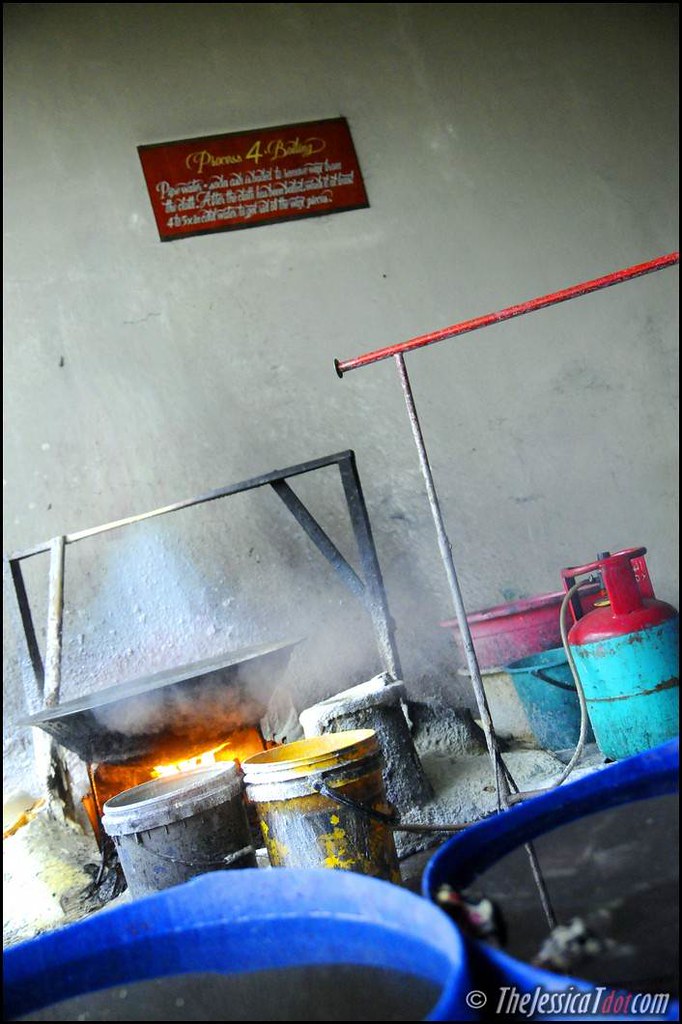 We skipped this process ‘cos we ain’t got all day! To boil and wait for it to dry would take furrrevaah! 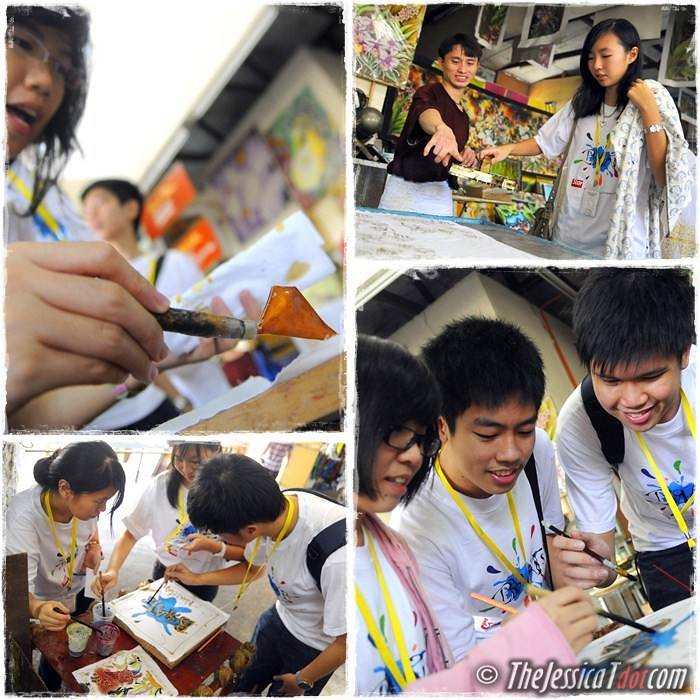 Proud! 😀 Some of them were quite a natural with the paintbrush by the way. 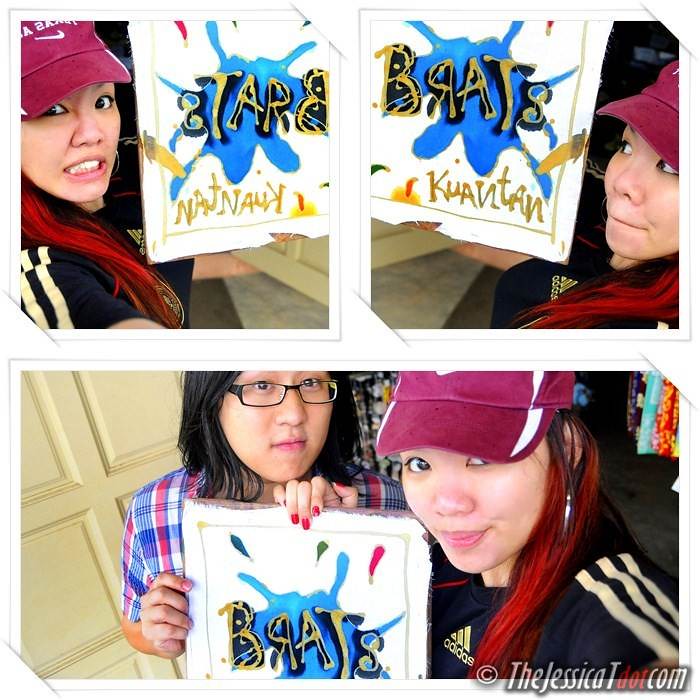 Ian and I camwhoring with the Brats Batik!

While we were at it, the rest of the groups were busy at their respective assignments; the Keropok Lekor factory and the Ikan Masin processing site. Both are very notable foodstuff in Kuantan – quite like a heritage!

Kuantan is never complete without their huge-ass Chewy Fish Craclers and fresh Salted Fish
Oh and did I mention that the entire bus reeked of fishy stench the moment that group boarded? Pheeee-ewwww!! 😛 But it was all good!

When we all returned back to the hotel, it was crunchtime for them! They were supposed to produce newsworthy material in a few forms – an article, a photo essay and a video. So, chop chop!

Till the next blogpost! BRATs Kuantan Part 3 coming up soon. Think surfers and beach boys  😀 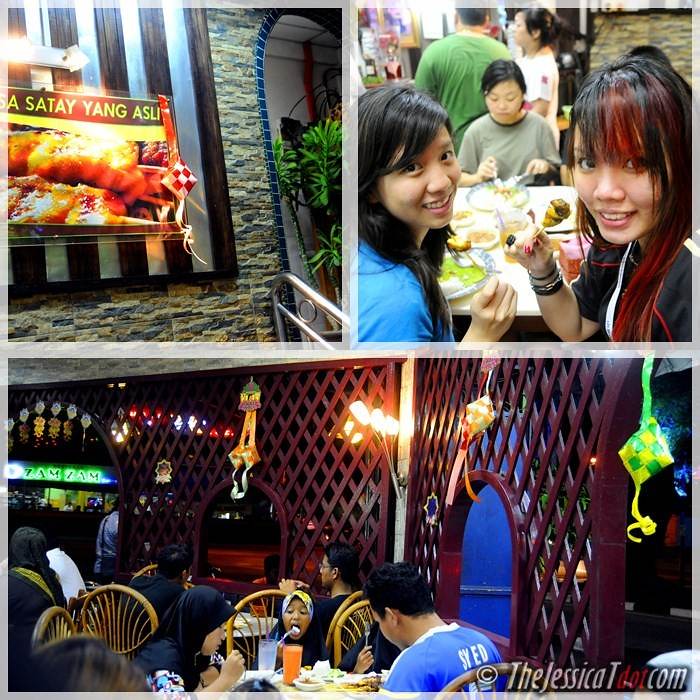 Oh and by the way, here are some of the local delights which we Seniors and Facilitators indulged in every night for supper.
Satay! Chicken, Beef and.. er.. Rabbit meat -__- 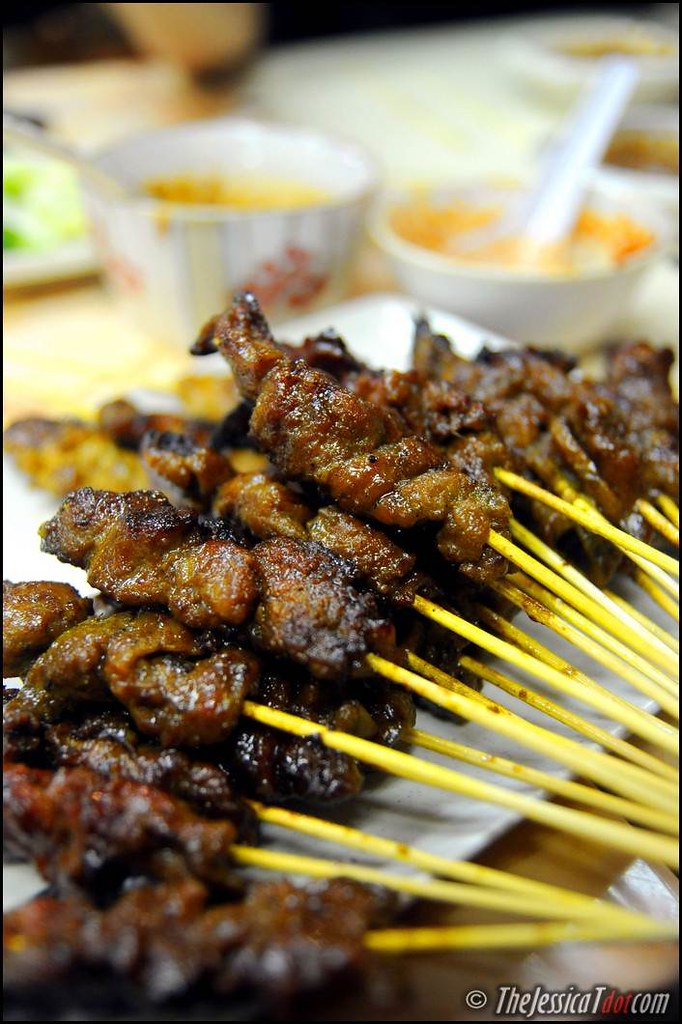 But they were all so succulent and bursting with every stick we sank our teeth in! Much, much better than Satay Kajang. Hmmph! I can vouch for that. 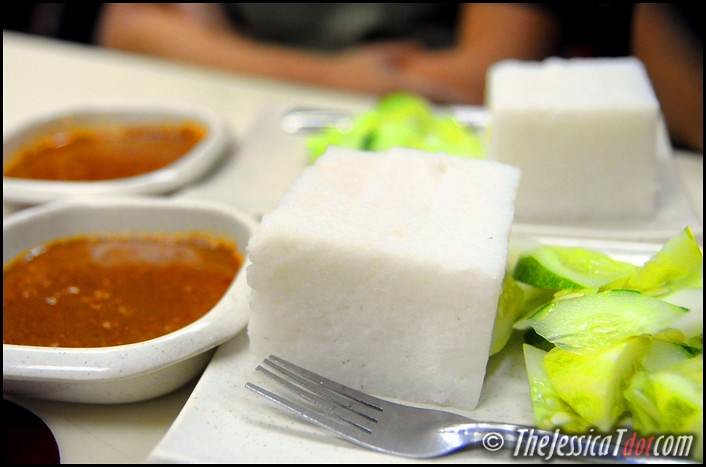 The famous Nasi Impit. Such adorable cubes of glutinous rice, no? 😀

Oh and, one very prominent thing I will always remember at every single BRATs session: SNACKS & JUNKFOOD APLENTY!!

And if you thought we were gonna starve you in this “bootcamp”, that’s where you’re gravely mistaken – we stuff you till you’ll never look at Pringles, chocolates or cookies the same way again!

Our little weekend escape to the mountains of Cameron Highlands!

All the mystery & heading up north to Carlsberg ‘s ‘Where’s The Party?’