Our Amazing Race one-day trip to Genting Highlands with my Monash Uni peeps!

So are you going to the Genting Bash?

So you're going to the Genting Bash right?

For those of you who didn't quite get that inside joke, refer to my previous post on a certain weird loser my gurls and I encountered on our 1st day in University. Anyway, here we all are, in Genting Highlands for Monash Uni's own version of The Amazing Race! 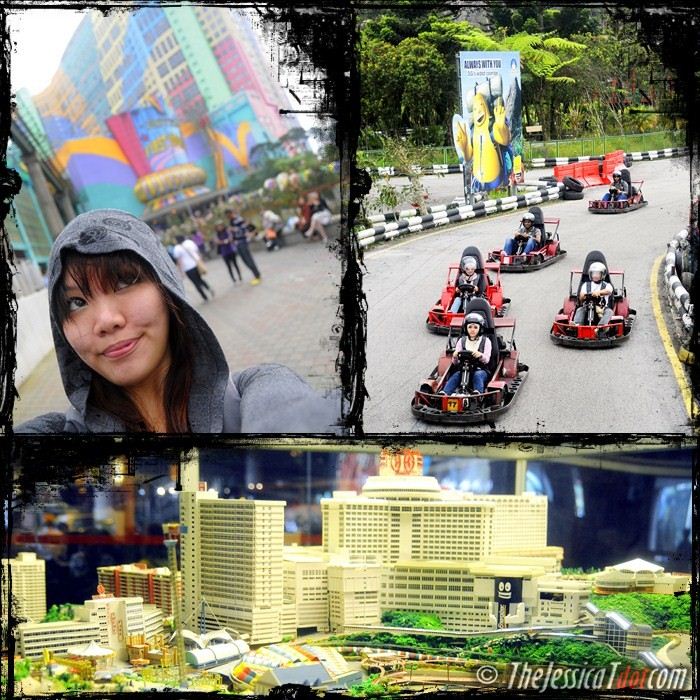 Arrived at around noon for lunchie!

We were separated into random groups, to encourage socializing. Daym! It felt weird at first, but we all got along pretty darn well! Too well in fact 😀 Considering the fact that all of us had one goal in mind – to be the FIRST to arrive the final destination and win our Amazing Race, we constantly  pumped up each other's fighting spirit! 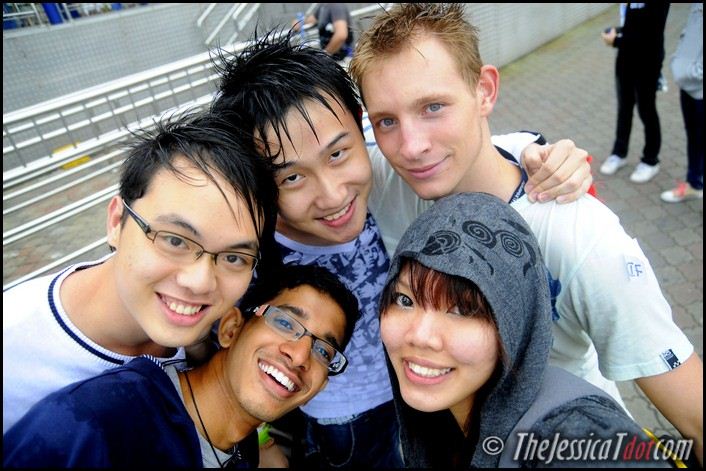 So we were given clues to crack and riddles to solve. But that's not all! We were supposed to scout for the Monash fugitive too! He's on a run and we're supposed to identify who he was based on the hints given.

We ran with all our might in hopes to beat the other team's time! Call us competitive? We're in Malaysia yo – KIASUness rules 😀 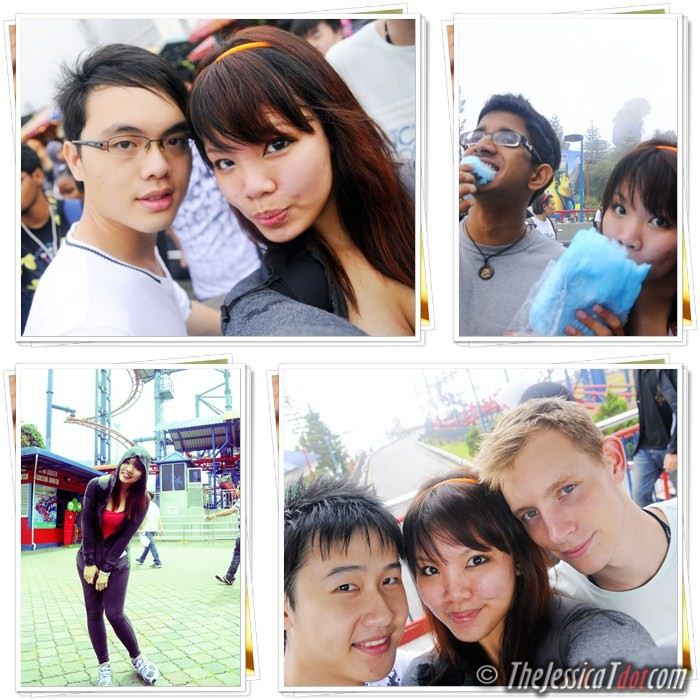 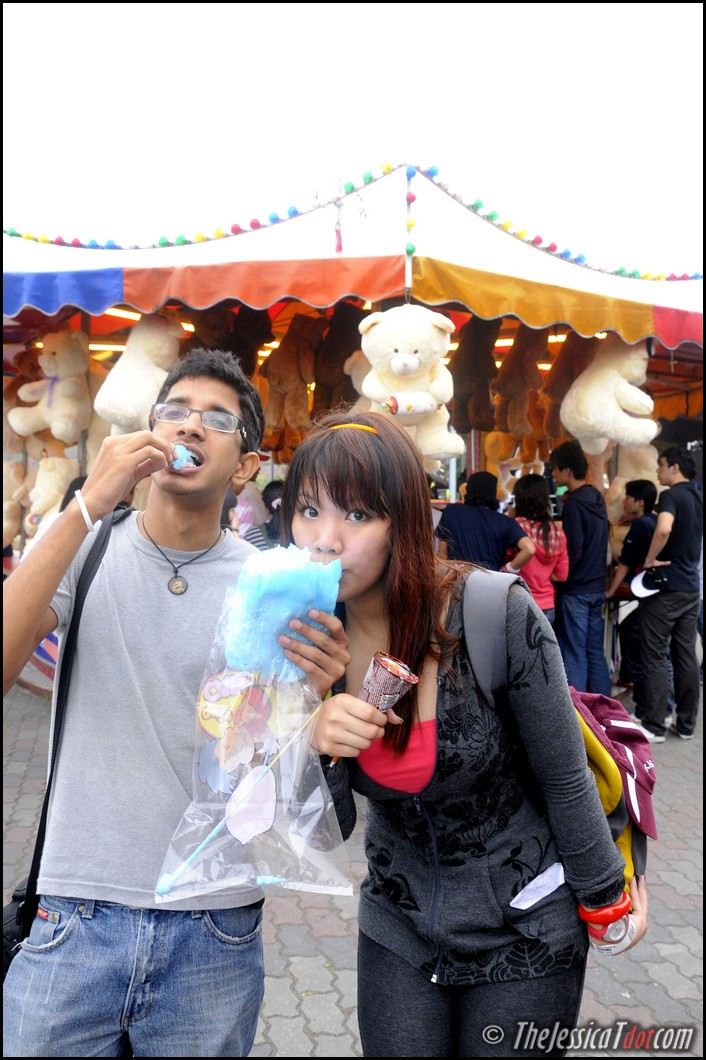 Not to mention, ice cream too!

The clues made us count how many rotations the Giant Swing did, spin in a Teacup till we got really giddy, sit on the Ferris Wheel, shoot up the Spaceshot, rode the Pirate Ship and sing 'Mary Had a Little Lamb' in public! Ohhh the pain of our dignity! HAHAHAHA

And it's down down down the Underground Flume Ride we go! 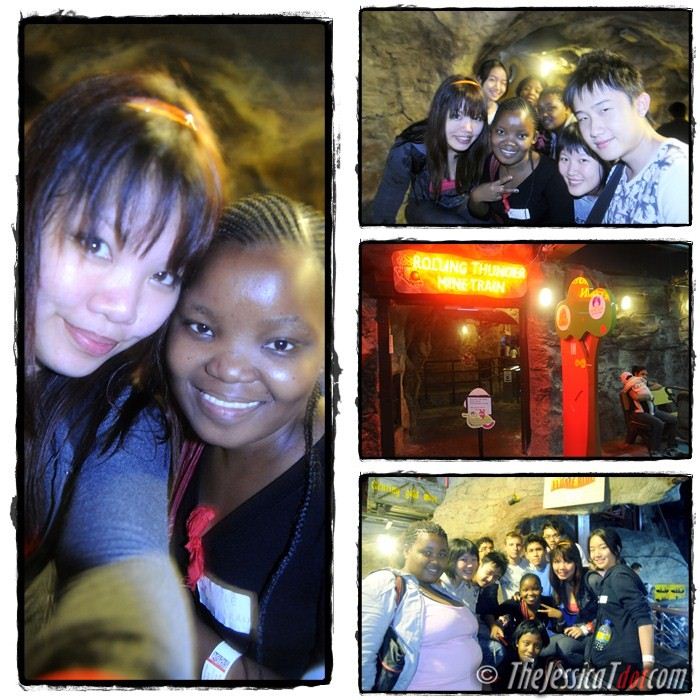 We're all in this together~

When I walked past the fun fair carnival thingy, I couldn't help but to give a bear hug to someone! 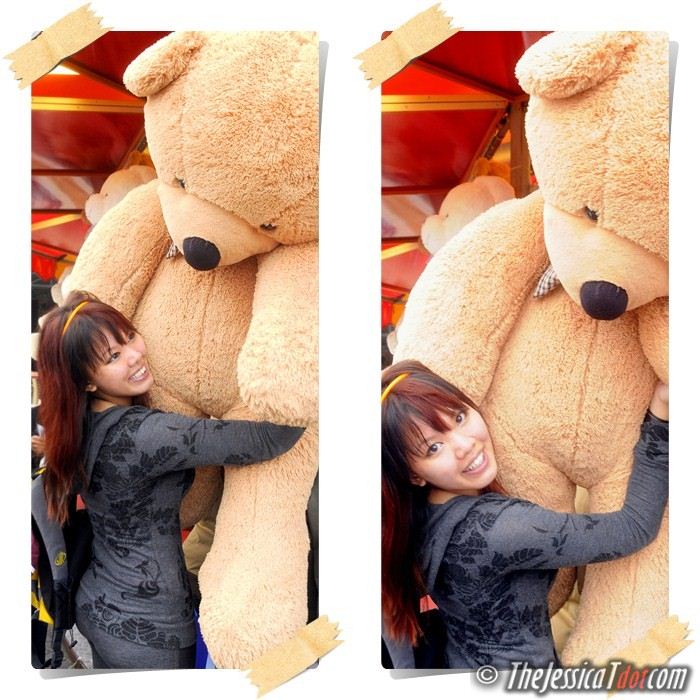 Then again, it doesn't even bear a slight malevolence!

The best part of this game was that we knew Genting Highlands too well! Whenever we discovered that the next clue will be at a certain ride or destination, we lead the group and ran straight there. Hardly any maps were used! 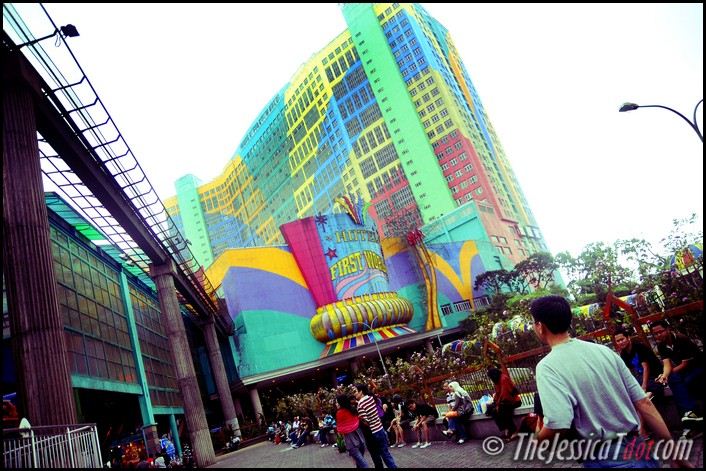 Our playground for the day

Unearth all the clues we shall!

All work and no play makes Jack a dull boy – or in this case, makes Jess a very, very restless girl. Throughout our race, we rode a few rides! The queue was dreadfully long but we waited anyway. Hey, we didn't just come here ONLY to win! Where's the fun in that? 😀 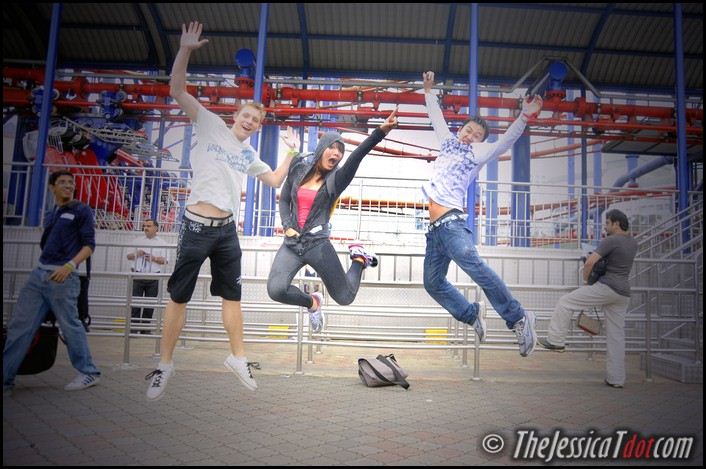 Taken after our Spiderman-Superman-whateverman ride!

I've rode this thing approximately 7 times in my life already 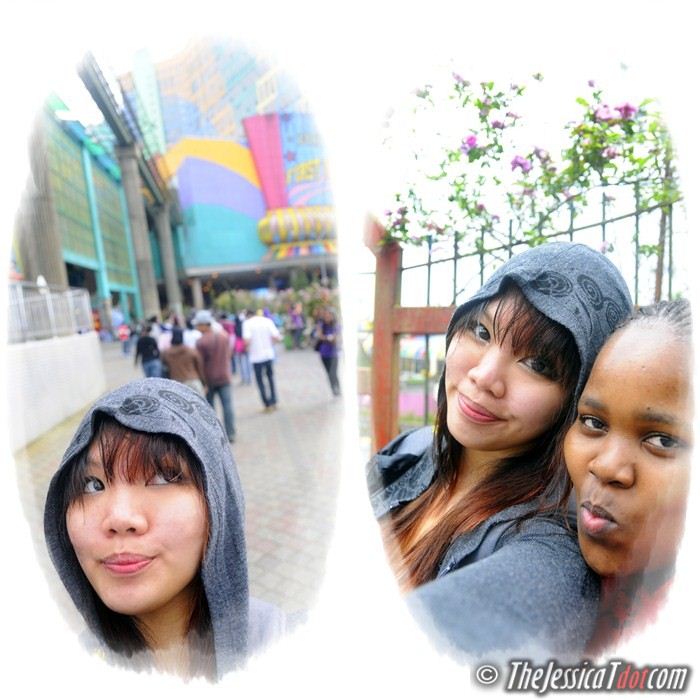 The both of us didn't ride the Superman thingy!

Waiting for the Corkscrew was the most painstaking thing of the day. The line backed up to even way past the entrance gate! So Carl and I camwhored whilst waiting for time to slip by… 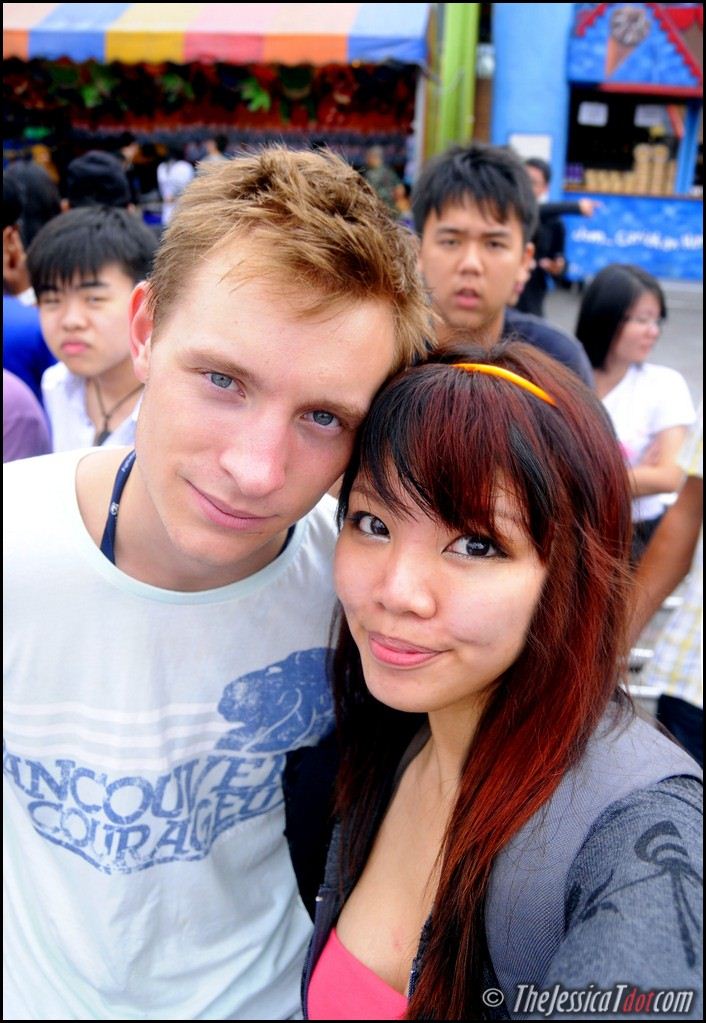 Although I am a self-proclaimed rollercoaster daredevil, I had my eyes shut most of the time 😛

Simply because I like the adrenalin rush but hate the sight of being tossed and thrown in the air!

After the rides, my team began loitering around in search for more rides.. that was when I bumped into buddy Sue Ann in the Indoor themepark! We were split up into different groups since morning T__T 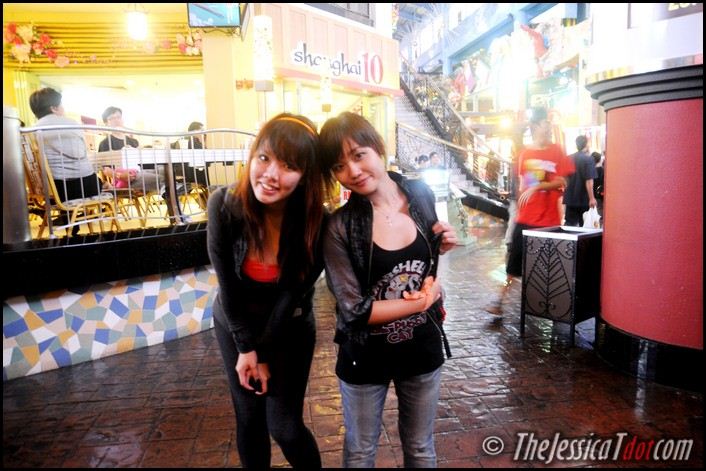 Our team then continued exploring Genting Highlands and rode on more rides till it was time to go. This was one ride that got us all splashing wet! Was pretty thrilling but I despised the part where I had no idea where to keep my DSLR lest it gets soaked too 🙁 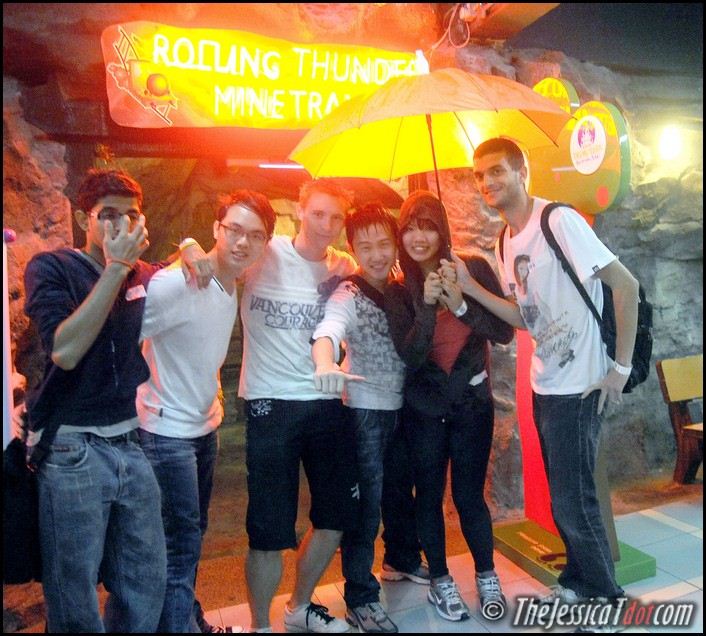 Our last ride was the Sungai Rejang Flume Ride!

The wait before the winners were announced was postponed because the last team didn't make it in time! Drats. So there we were, approximately 300 people sitting on the lobby floor like illegal immigrants -_____- Okay don't care. A huge-ass picture of me! I was bored – don't judge me! 😛 😛 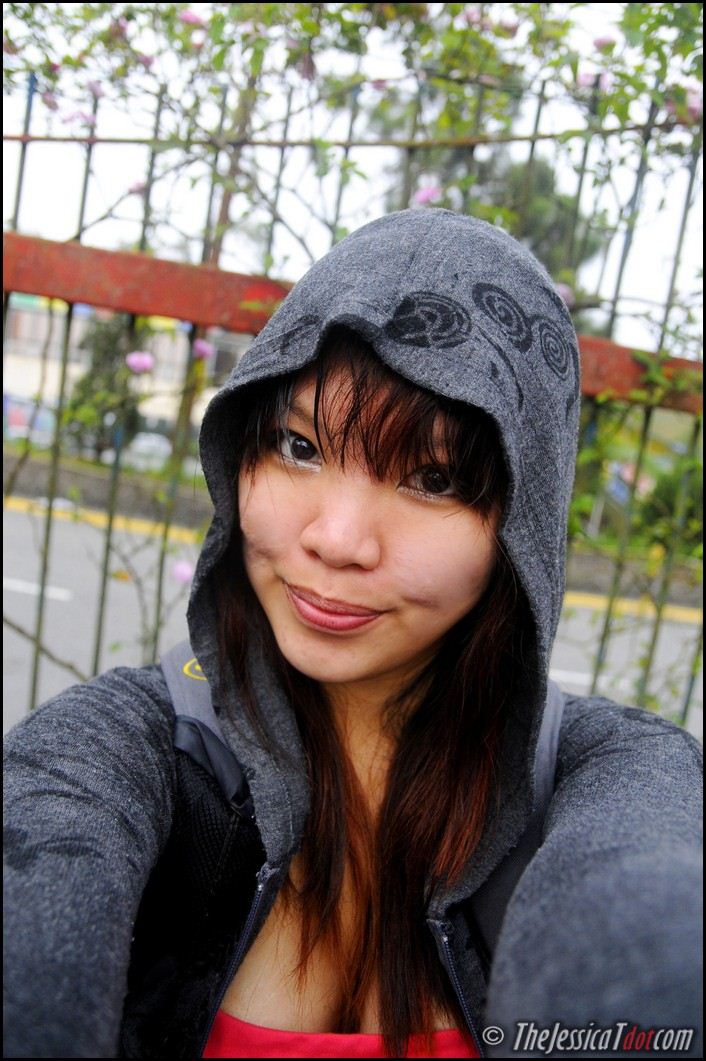 They finally arrived and all the other teams cursed at them like there was no tomorrow – albeit in a joking manner of course 😀 So in the end, after the calculations we emerged Top 3! We were the 3rd team to reach the final destination – and found the Monash Fugitive too 😀 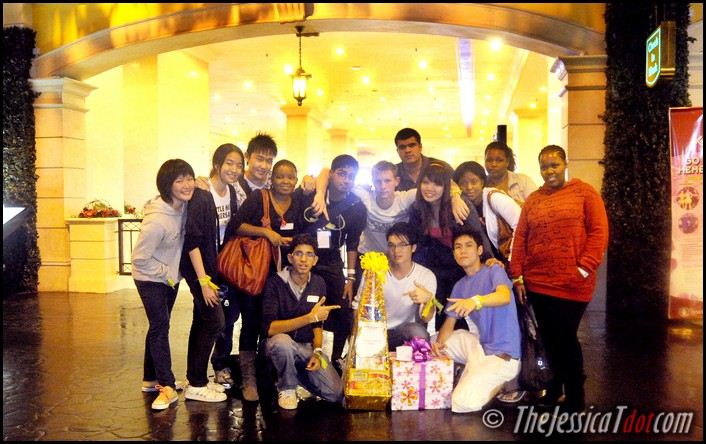 Till now, I still can't believe everything was done within a day! 😀