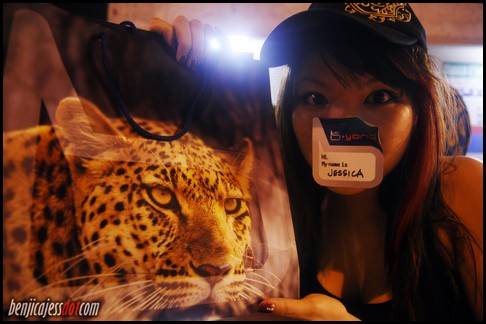 High Definition at the comfort of your home. I’d never imagine that will happen! Now, we hear so much yabber-jabber on HD videos and even HD contact lenses (!) but now.. watching your favorite channels in High Definition on Astro, Cable TV just got better. 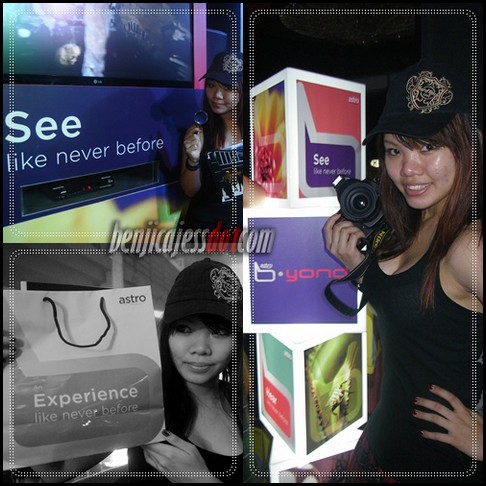 Thanks to Nuffnang who invited me for this evening’s launch, I made my way to Modestos along with many other familiar faces. We were among the 1st 150+ people who had the privilege to watch the Astro Byond HD commercial. It was phenomenal! 🙂 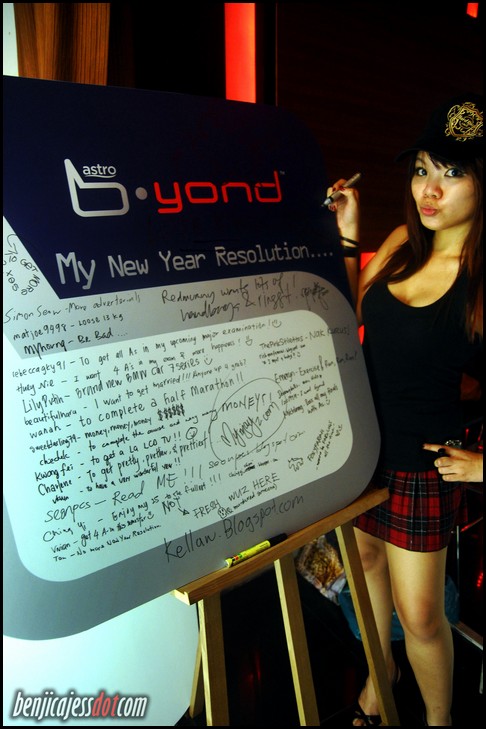 Okay, Imma share with you the full commercial of the newly launched Astro Byond in High Definition! Do watch it.. it’s so ingenious and very well done 🙂

Greeted by the emcee, he shared with us what the Astro B.yond had in stall for its subscribers 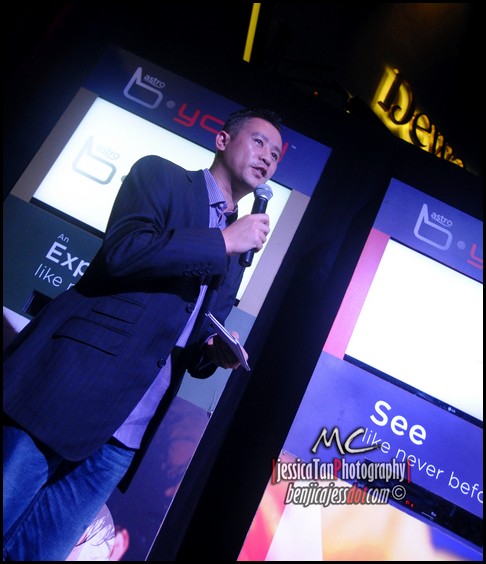 Given a warm welcome by the Mix.FM radio announcer!

Among the channels available in HD are these 5, Astro Supersport, ESPN, HBO, National Geographic and The History Channel. Not bad for a start! They will be adding more channels in HD, who knows? Our kids of kids would prolly watch Disney Channel in HD as well. 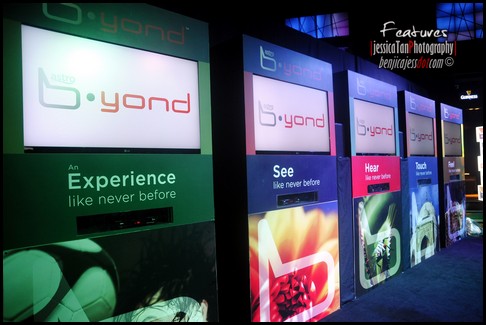 There was something which caught our attention though. 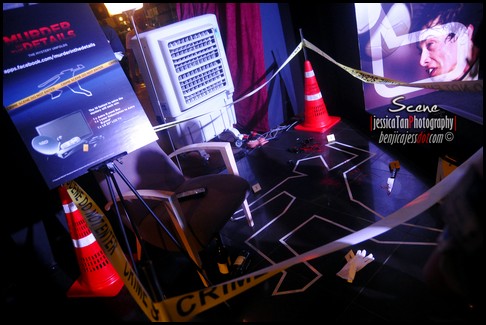 It was pretty fun as all of us were observing the set-up of the crime scene, wondering what part it will play as the evening ensued. Lotsa people started to climb in and sat on the armchair, totally disregarding the yellow signage of ‘CRIME SCENE : DO NOT ENTER’ 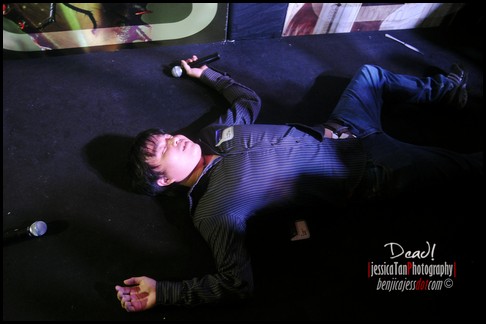 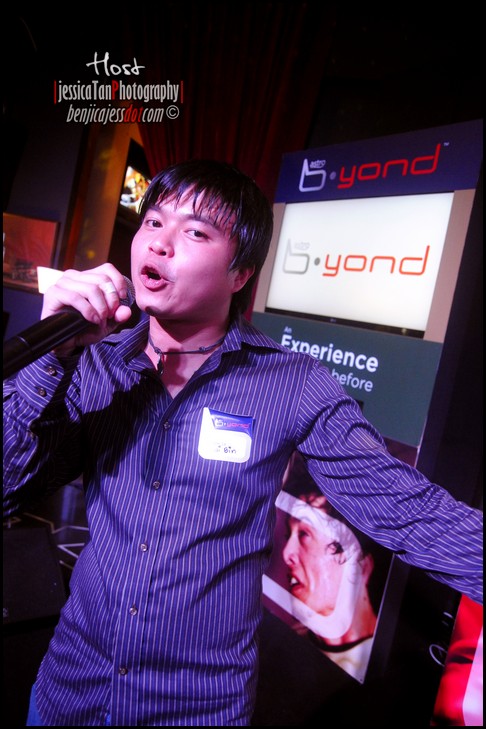 In the end, we found out that it was the crime scene we had to investigate in the game. Soon enough, many groups of 5 were formed and we were all ready to solve the mystery! 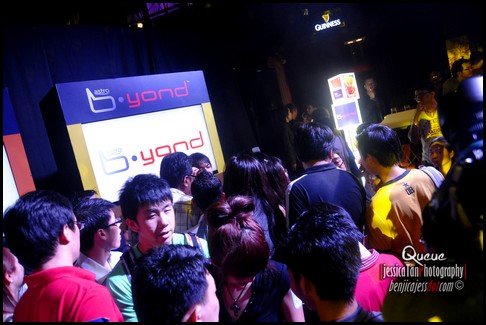 I didn’t know that many people wanted to be their very own private eye
OR do we just want to win the Astro B.yond? 😛

We were given magnifiying glasses and asked to roam about in Modestos/Supperclub/Rain in search for the clues as to WHO could possibly be the murderer of the crime. 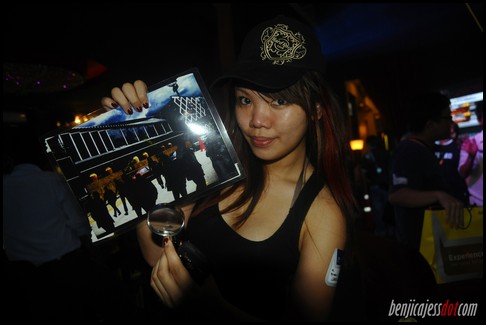 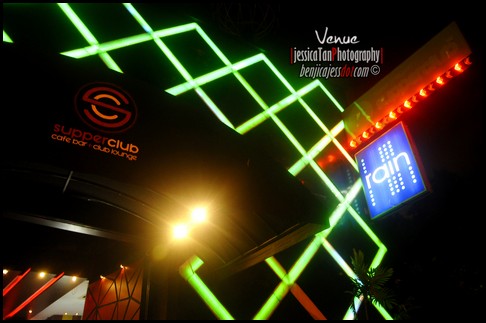 I remembered were that the culprit was at the exact place where we were, wore red, had a band-aid and I can’t recall what else. But the last clue was almost impossible to find! It was supposedly under a chair/table and gawd knows how many of them they were in this club-cum-restaurant! 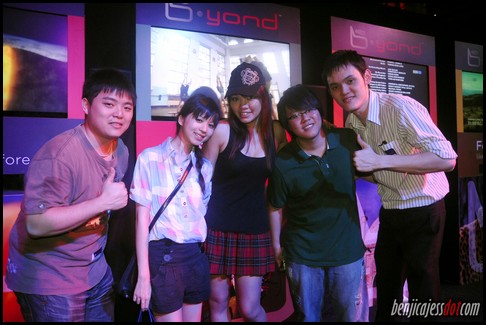 My team mates and I
We searched like crazy too and I hope we won’t be mistaken as perverts for looking under people’s chairs!

But unfortunately, we guessed the murderer incorrectly. *bursts into tears* Gone was our chance of winning the Astro B.yond HD subscription! But cheers to the other group who won! They were then supposed to compete AGAINST each other to win the grand prize, a 32” LG High Definition TV, Astro B.yond box, new remote control and new outdoor dish along with free subscription to Astro B.yond channels. 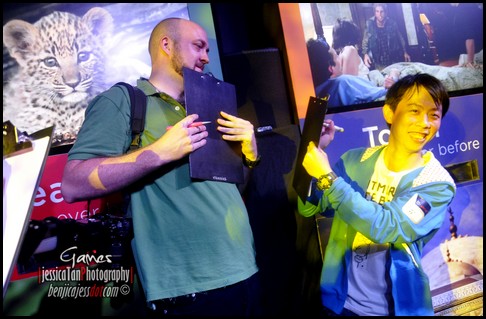 And who emerged victorious?
Okay.. suspense a bit bit

Throughout our buffet dinner, we were entertained by a mind-blowing performance by some Drumcorp KL. They were amazing, making a very harmonious cacophony of drums and other percussion instruments! But sorry! No piccies of them as I was busy omnomnom-ing the buffet with Vivien and Joshua at our table. 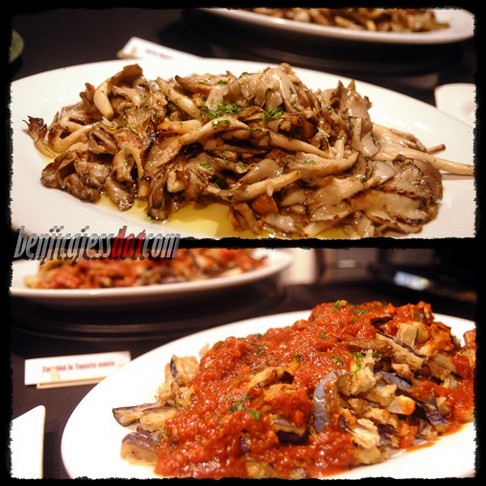 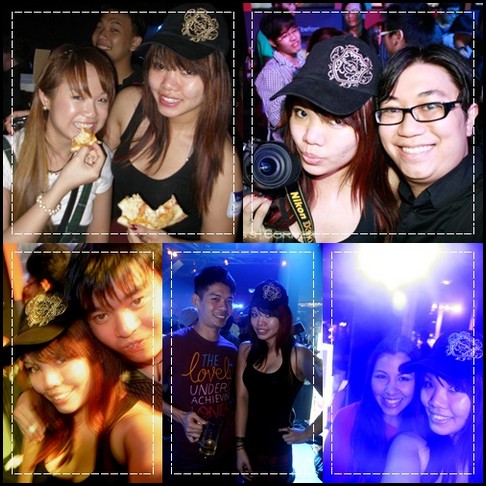 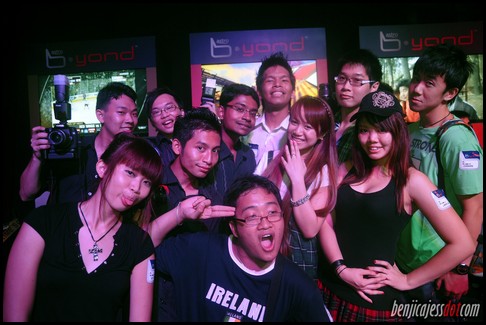 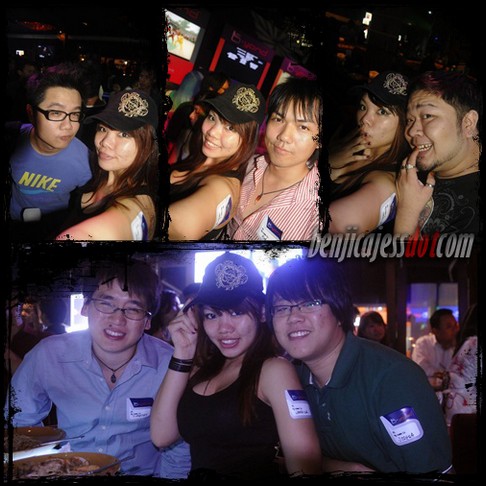 Like I promised, here’s the winner! He’s Eric Yong who answered most of the corrections correctly about Astro B.yond HD. Congratulations! Hope you become a couch potato watching your sports matches and movies on High Definition. hahahaha kidding! 🙂 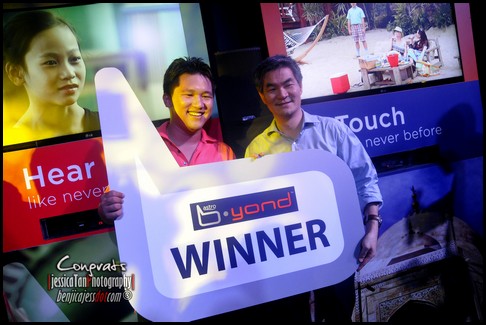 One thing I know, I definitely have to return to Modestos for the food and ambience. The after party of this event was fabulous! Lotsa people stayed even waaaay till the end even when some others have adjourned. 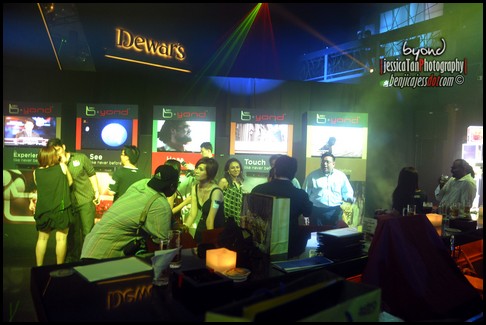 Let’s partay!
Hmmm.. just a thought. The 2 people on the left side look like they’re totally making out. Are they? 🙂 hmmmm.. Sorry, I couldn’t paparazzi-video it on high definition 😛
Share:

« Previous post
WELCOME! BENJICAJESS.COM has officially moved to THEJESSICAT.COM!
Next post »
Seductive Wanita Efua exposed! I was emailed by a conwoman