Did you know that KLCC is powered by solar energy? PETRONAS’ first solar photovoltaic (PV) system has been installed on Suria KLCC’s roof-top!

Did you know our iconic landmark, Suria KLCC (Petronas Twin-Towers) – is powered by solar energy?

I bet you didn't. Well, neither did I. 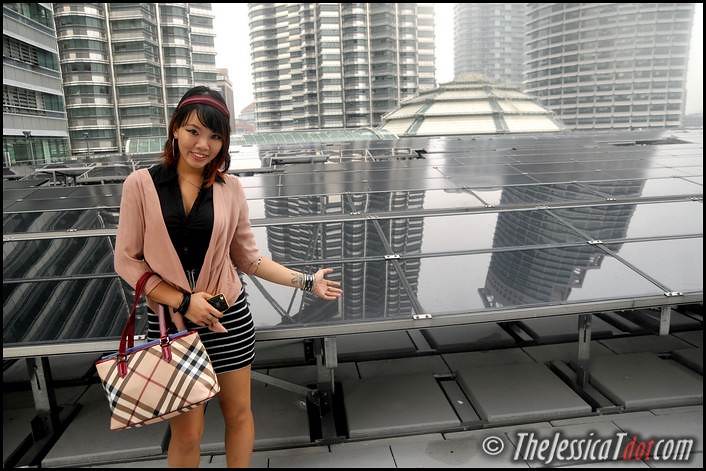 Tucked away on the roof-top of KLCC, I found out this was where the solar energy gets generated!

Last week, I was invited to a corporate function held on the Sky Lobby of the Petronas towers.

It was an honour to witness the launch of PETRONAS' first solar photovoltaic system installed atop Suria KLCC's roof-top. 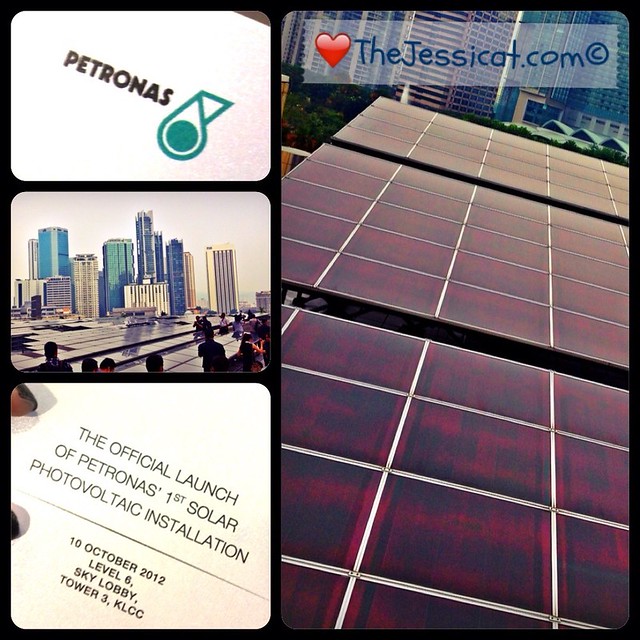 Let me introduce to you, behold…

The largest single installation of solar photovoltaic (PV) system on a shopping mall rooftop in Malaysia! 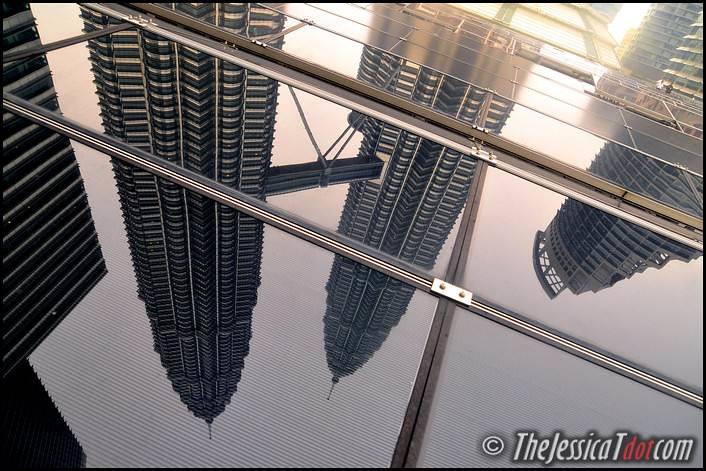 This collaboration by PETRONAS and Mitsubishi Corporation is a mission to generate clean, renewable energy towards sustainable development.

With these industry giants going green, I believe their joint effort contributes a whole lot towards reducing the greenhouse gasses in the atmosphere 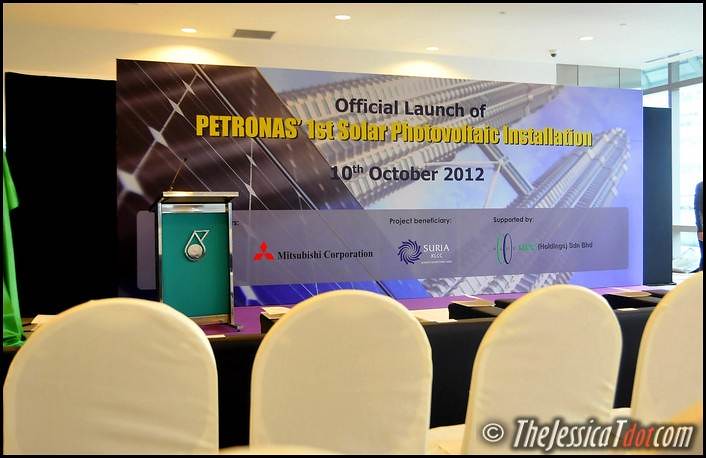 I arrived early at the Sky Lobby. Here's the stage set-up. 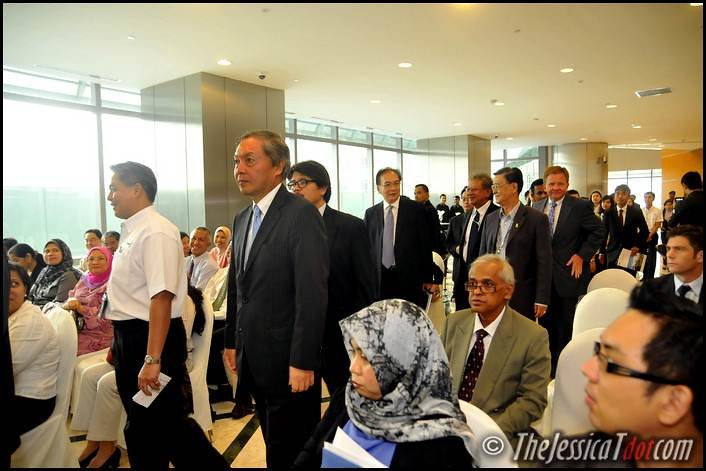 Arrival of the VIPs 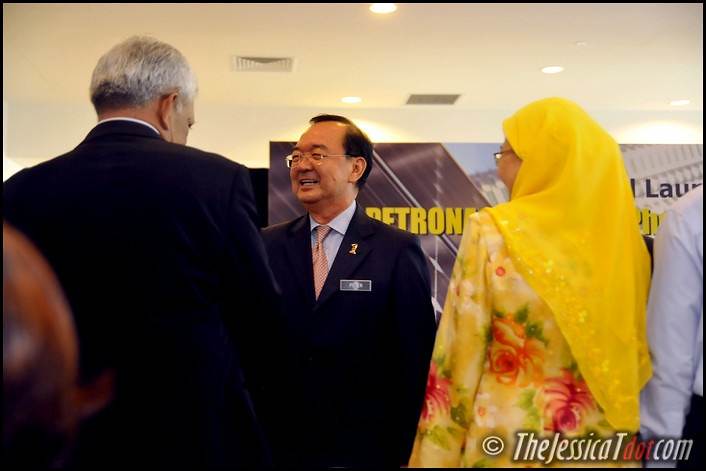 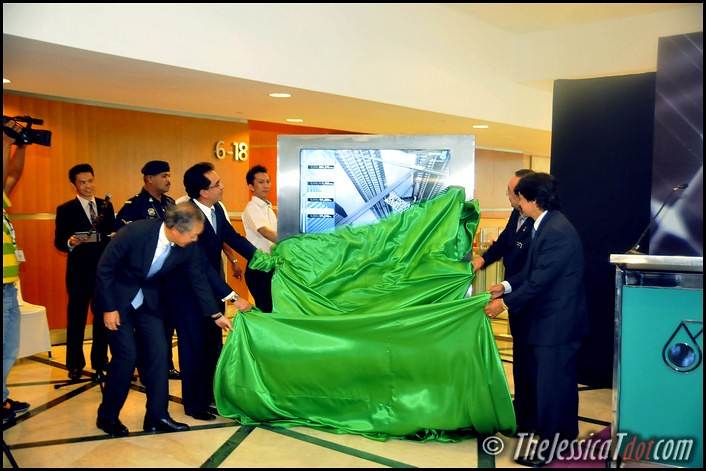 Unveiling of the video special! 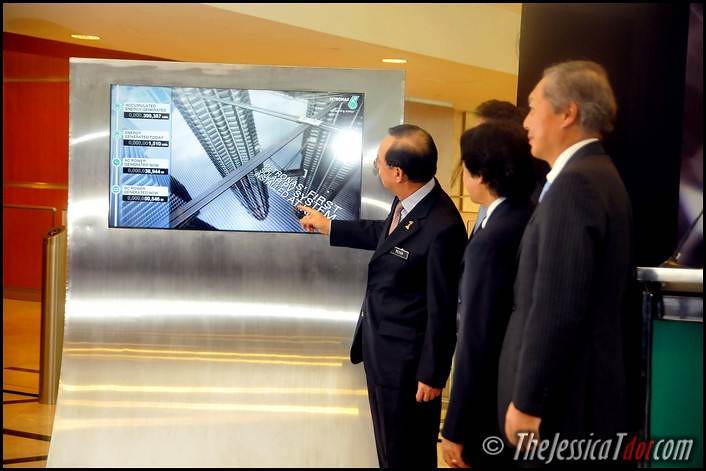 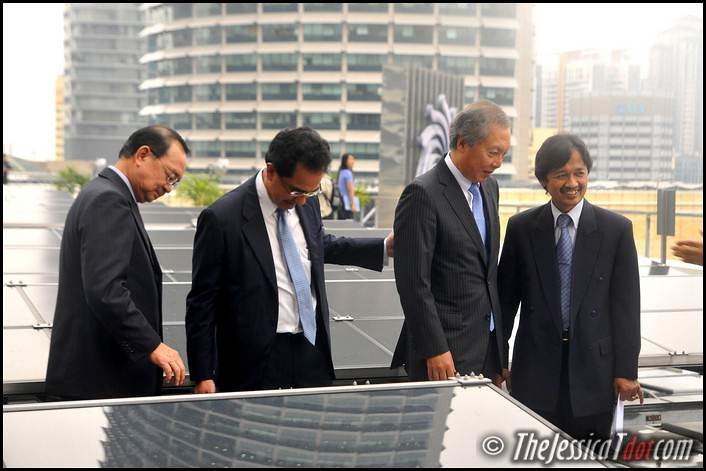 The VIPs inspecting/taking a stroll amongst the fruits of their brainchild! 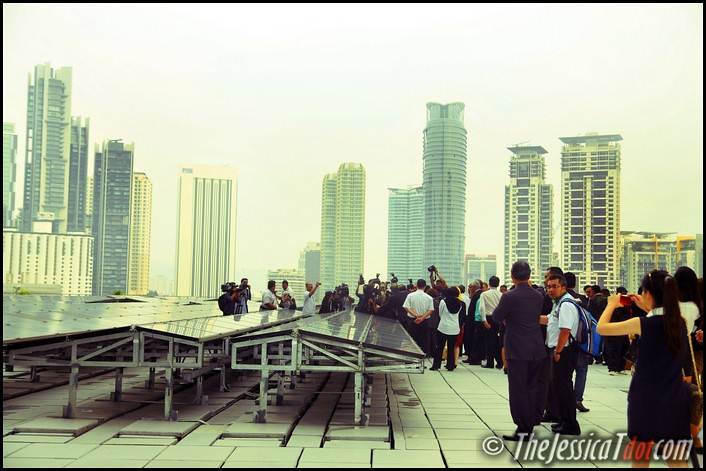 I was excited to also join the exclusive roof-top tour where all the massive solar panels were carefully built.

We were obviously not allowed to touch any of them as it is of high voltage – very, very dangerous! 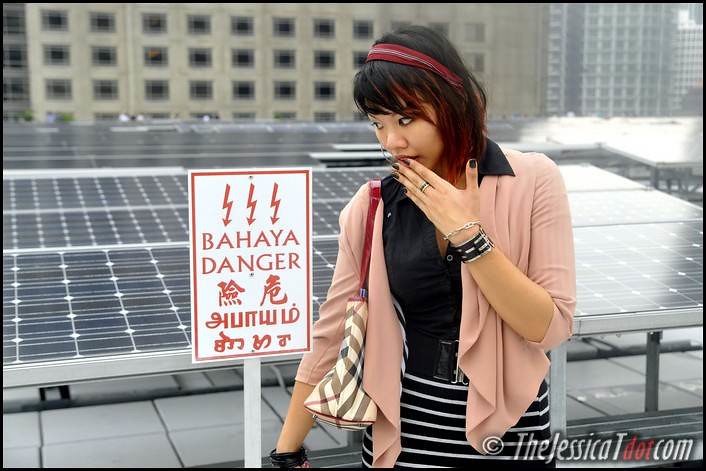 We all kept our hands to ourselves lest we be electrocuted!

The 685 kilowatt peak system has been installed on the 9,000 square metres roof-top, which marks a record of six different types of solar technologies installed at a single location in the country. 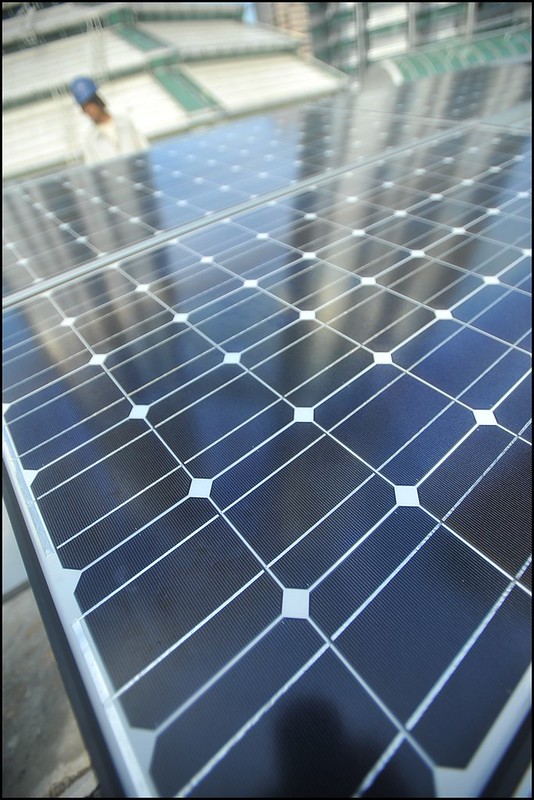 Here are the six technologies being used : 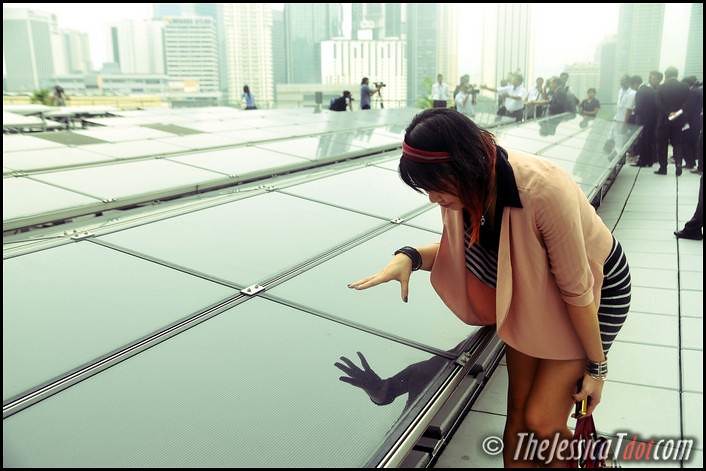 These technologies have the potential to harness the most energy from the sun. 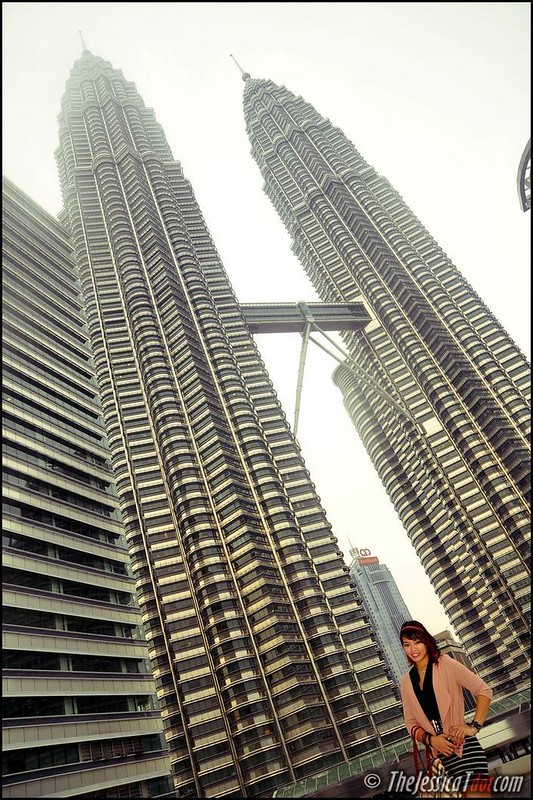 It now supplies about 30 per cent of Suria KLCC’s power requirements.

It was fully commissioned in February this year and is capable of producing more than 600 megawatt-hours of solar energy annually.

That's enough to power up to 250 households, by the way! 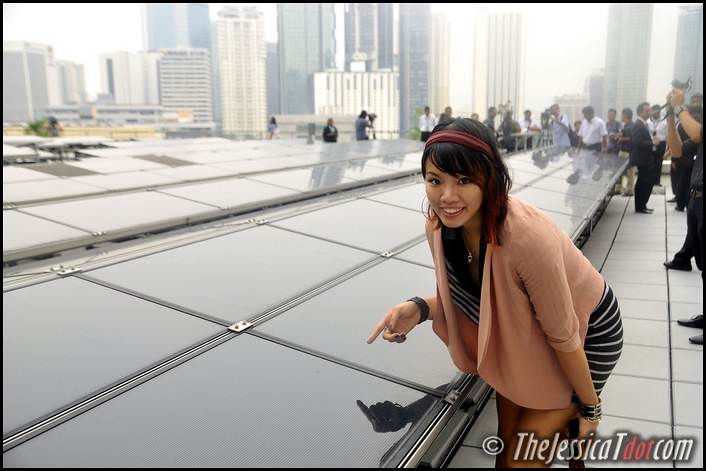 Can you believe the whole installation of this solar system (started in April 2011) only took nine months to complete? 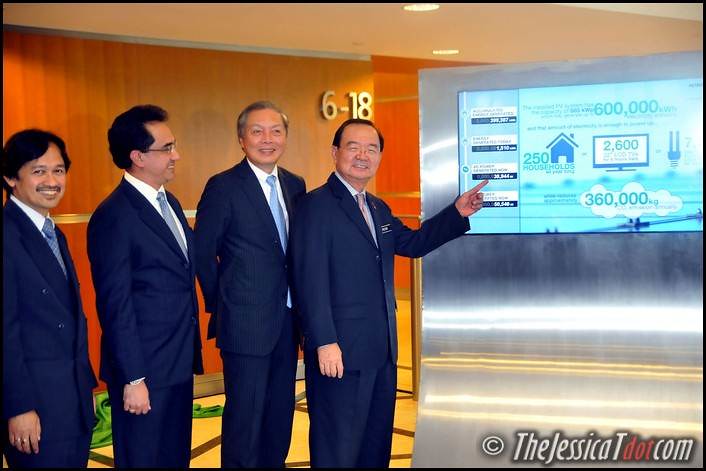 The clean energy generated from the system contributes to the greenhouse gas reduction by approximately 360,000 kilogramme carbon dioxide (CO2) per year and will reduce the shopping complex’s green house gas emission. 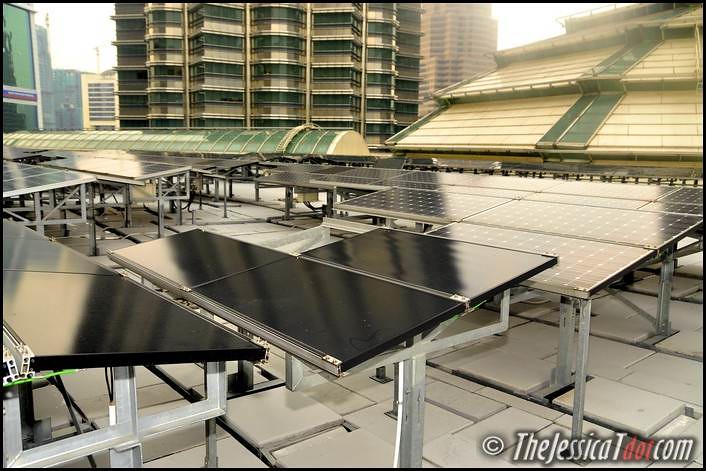 Some of the solar panels

Apart from the technicalities, we all know nothing comes without aesthetic value.

Design-wise, the system’s solar panels have been installed in patterns that follow the Islamic architectural and the traditional songket motifs design elements. 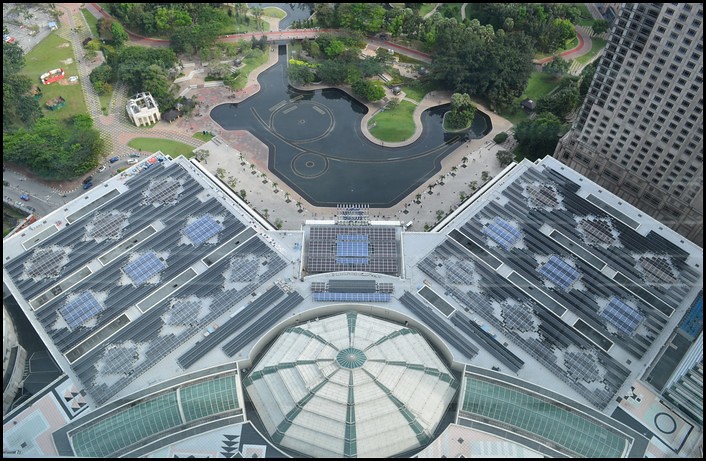 If you wanna see it for yourselves, it is clearly visible from the PETRONAS Twin Towers and the surrounding high-rise buildings.

I took some shots of the picturesque KLCC park as well. 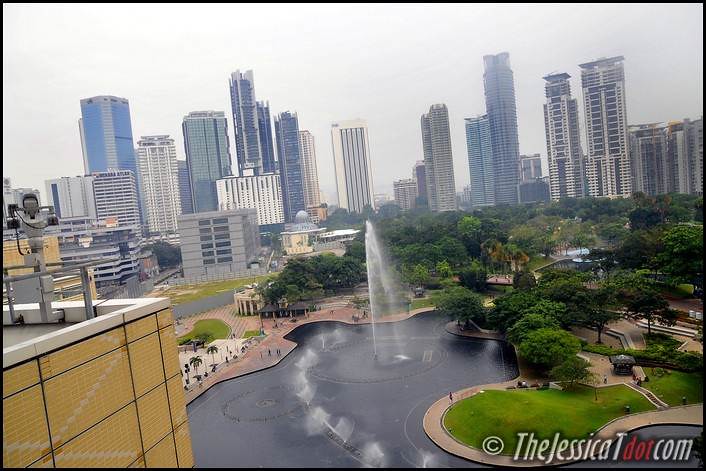 Hey, it isn't everyday you get to be on the rooftop of Suria KLCC 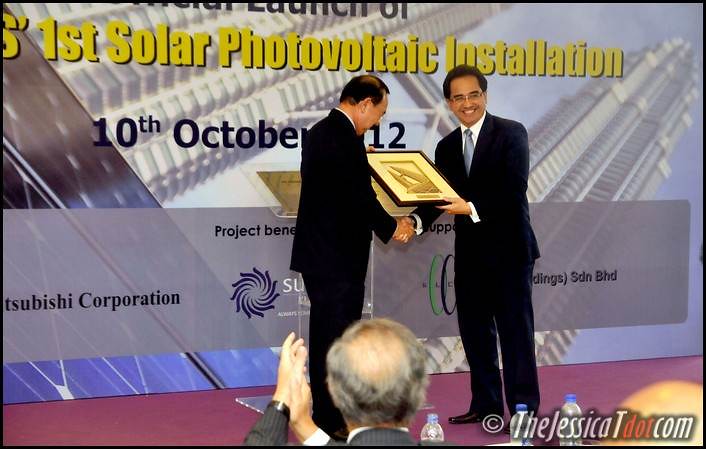 A BIG thumbs up to PETRONAS for making this happen. 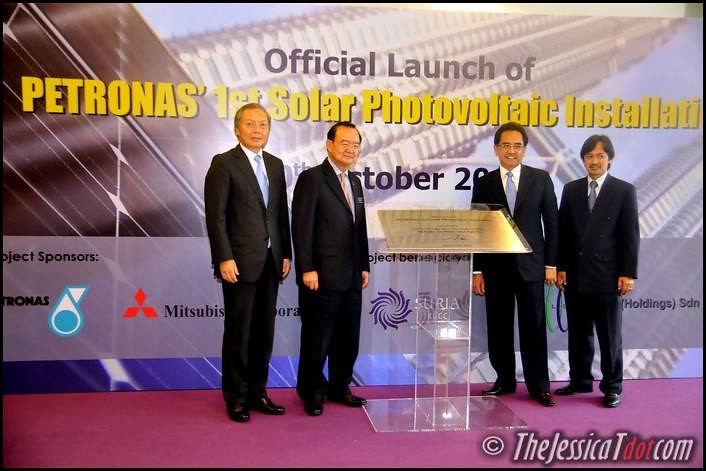 The signed plague, flanked by the VIPs

And thank you, Mitsubishi Corporation for supporting PETRONAS's field of environmental protection and environmental sustainability in providing the funding needed to design and install the system along with its expertise in solar power technologies and infrastructure 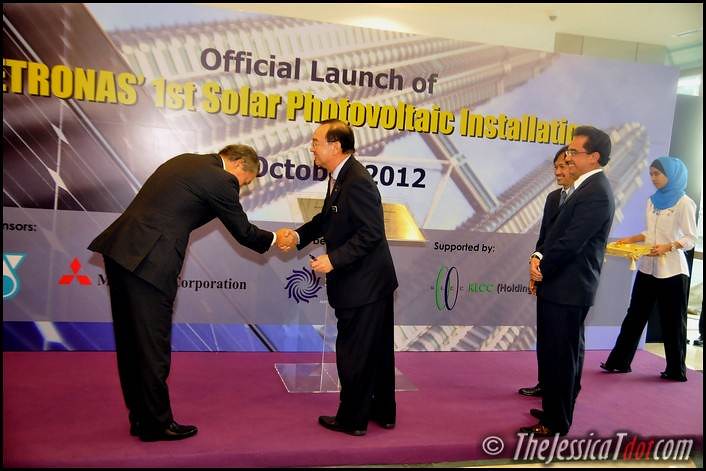 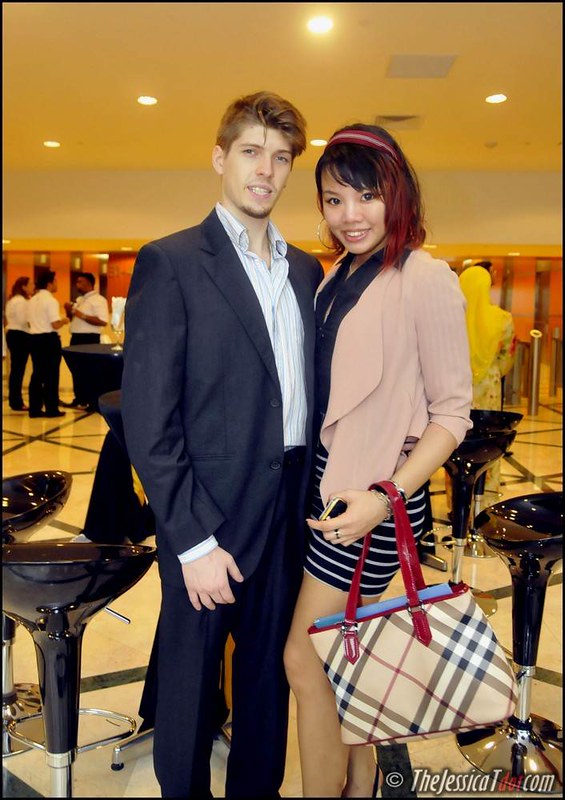 The other half & I enjoyed today's enlightening session!

I went home feeling very inspired and proud of my country's green endeavours.

It opened my eyes to the importance of renewable solar energy and how it can bring so much good to our environment – and subsequently, all of us, who will benefit from it – in the long run. 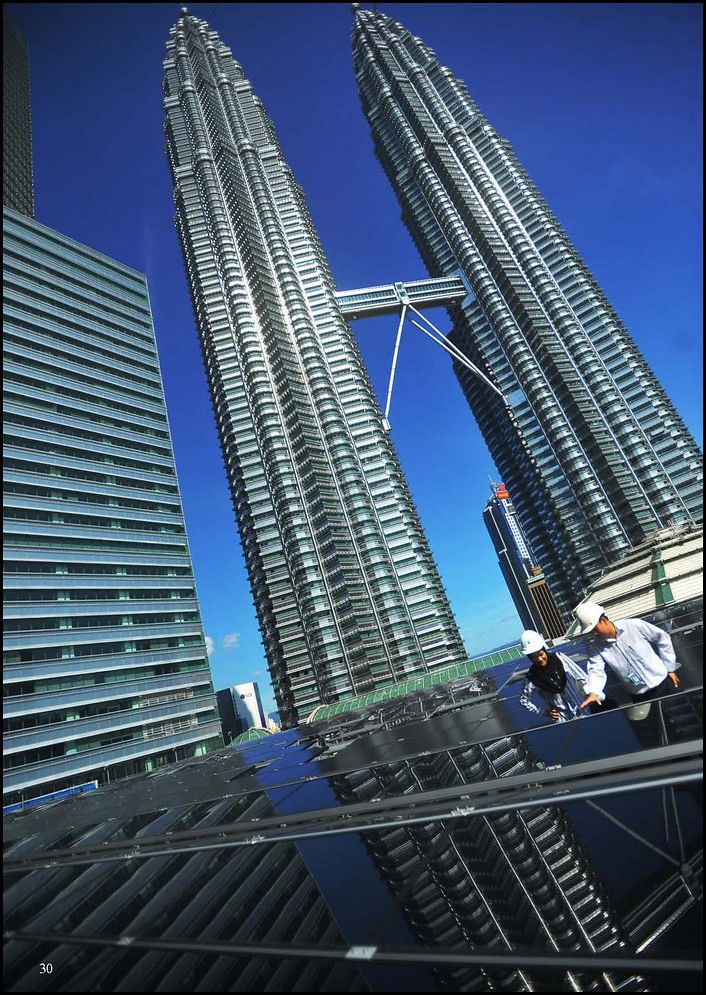 Yup. Another reason why I'm so proud of Malaysia