FINALLY! After much anticipation I made here about the Carlsberg Private Party [here] and showing you guys studio shots of the FHM Girl Next Door Finalists [here] and also their bikini shots [here], the party finally closed with a bang for the weekend! 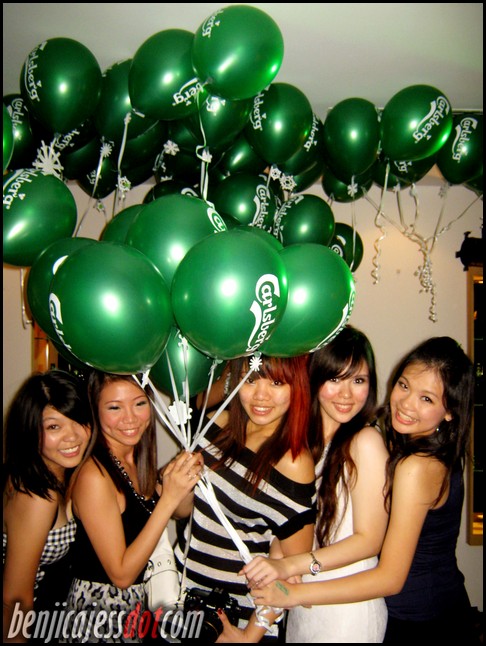 So yeah, I arrived at the scene after rushing from another event with a few others. (More of that in another post!) When we arrived, the party was already in style! Pumpin music from the bass by our very own in-house DJ, free flow of Carlsberg Draught, Carlsberg Gold and the regular bottled Carlsberg. 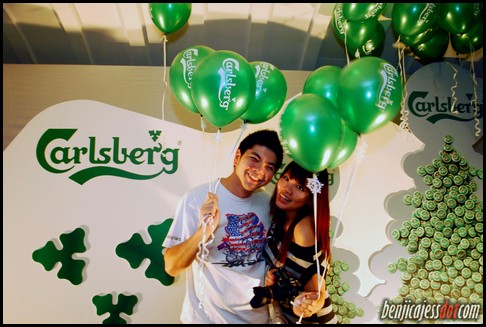 Do u spot the Christmas Treeeeeee 🙂 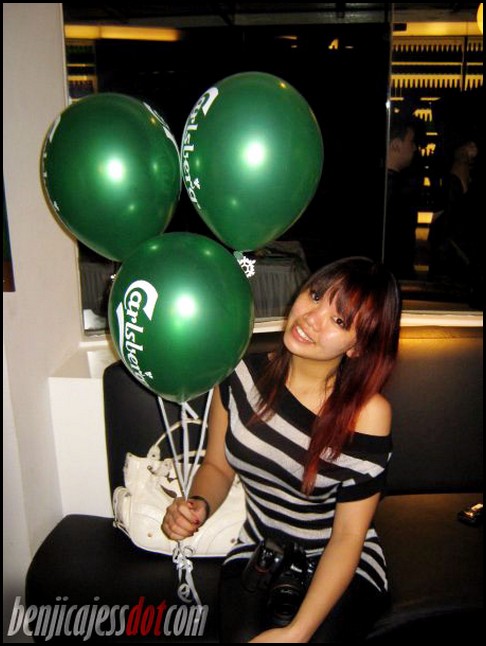 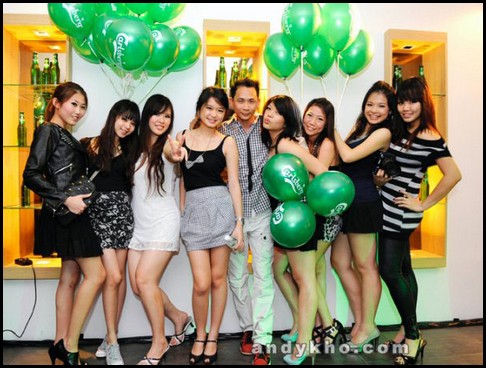 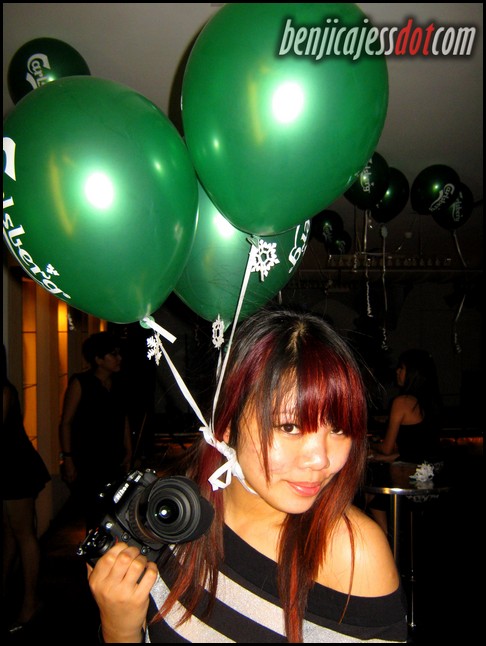 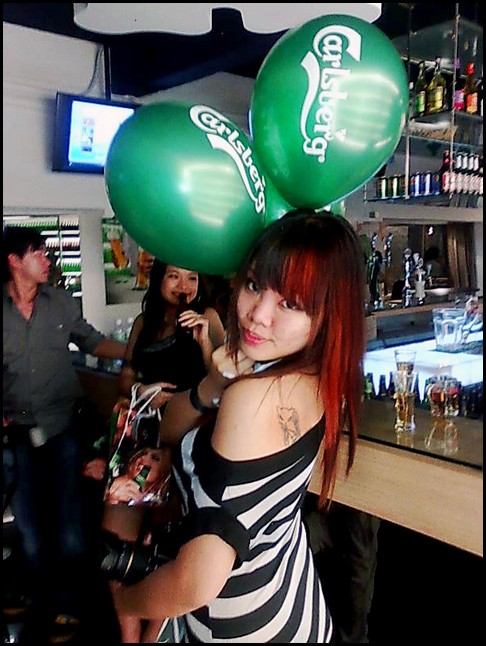 A tad drawn to helium balloons that night 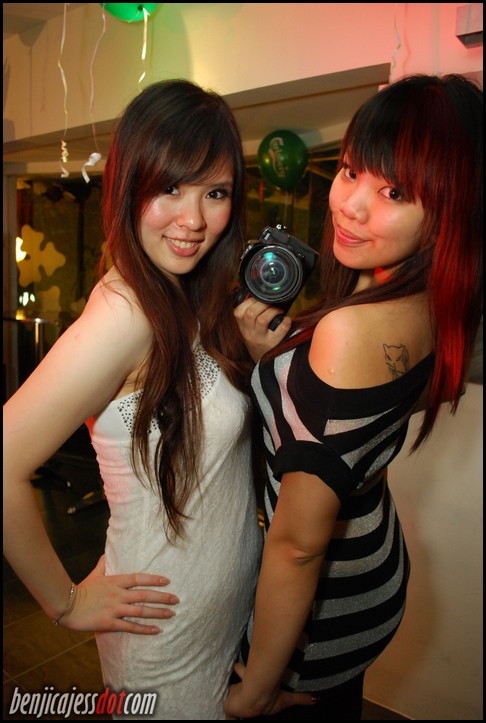 Jun and I
The lucky beyotch who won [this contest!]

But I left my CF card at home – bummer! – so I’m basically stuck with Dee (yes my camera has a name too) yet not being able to shoot any photographs for the night. 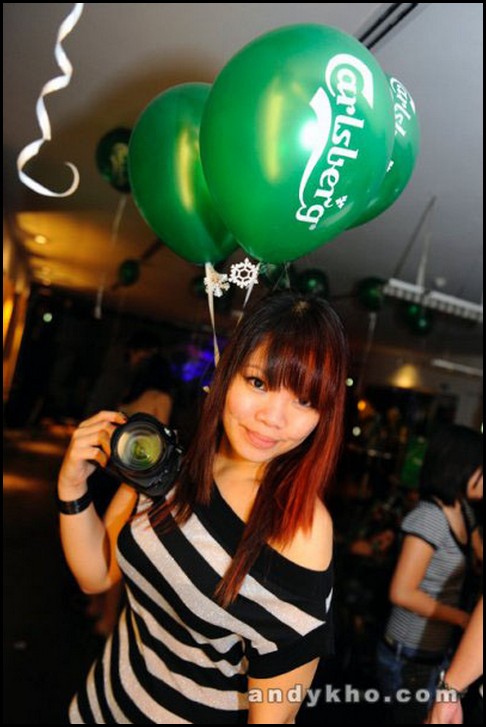 But thanks to a few friends Andy, Joshua, Jackie, Simon and Ren who helped me take my photographic evidences of having fun 🙂 Appreciate it very much guys! These were the gentlemen who helped take piccies for me. 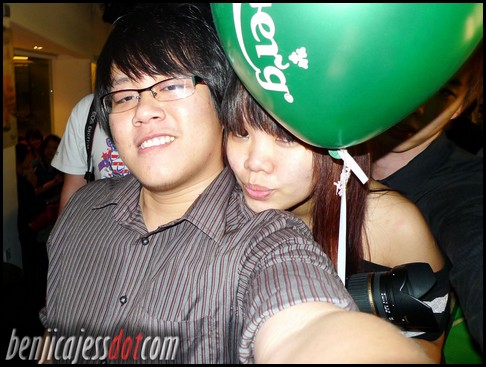 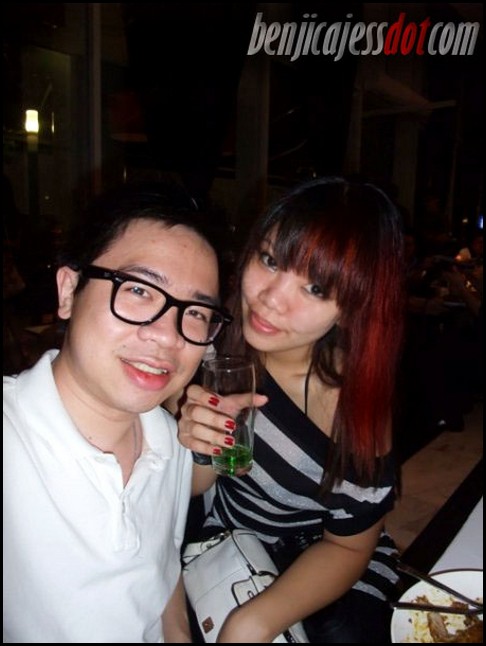 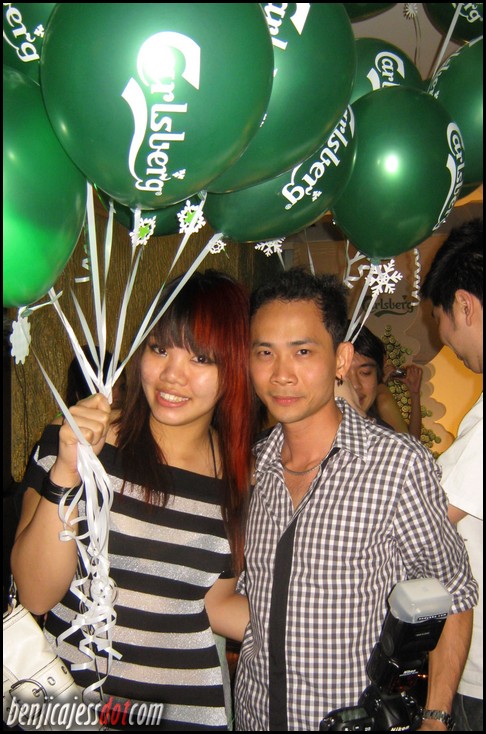 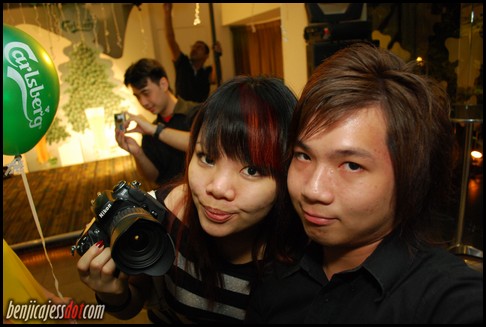 sa games were in store for us as well as Q&A sessions to win some prizes! I was in luck as I happened to be standing near the stage when the MC asked “Who is the sponsor of this party?”

I immediately ran to the microphone and yelled,“CARLSBERGGGGGG!” 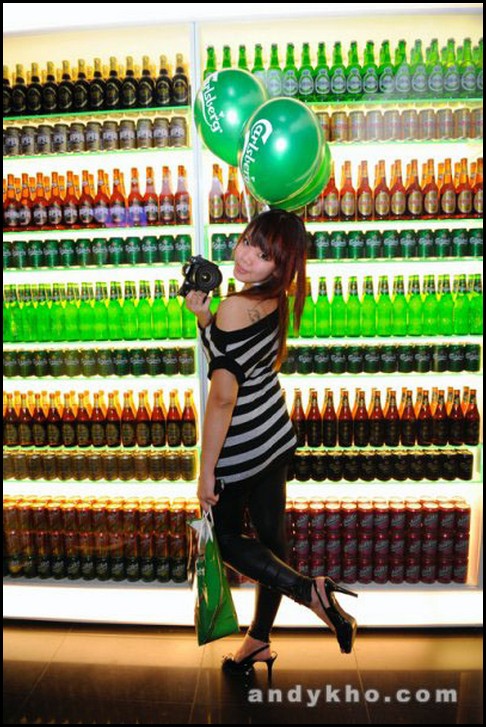 And for that I won a nice Carlsberg paperbag of goodies! When I got home, I dug out a velvety Carlsberg cap and lotsa other freebies inside. Easy peasy eh? 🙂

So generous of them!

In a blink of an eye, more helium balloons caught our attention. They were all on the ceilings of the Carlsberg Brewery Lounge! Girls being girls, and some guys were frolicking among those balloons. Yours truly is guilty of charge too! Hey it’s fun 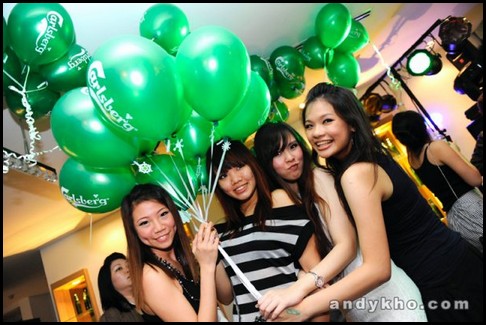 And the fun never stops! All of us had fun playing with those balloons too towards the very end of the party. Did you know that if you breathe in and out into a helium balloon repetitively, you will end up with a squeaky voice?

Apparently it makes your airway/passage wonky for a little while, suppresses air hence the absurd voice! 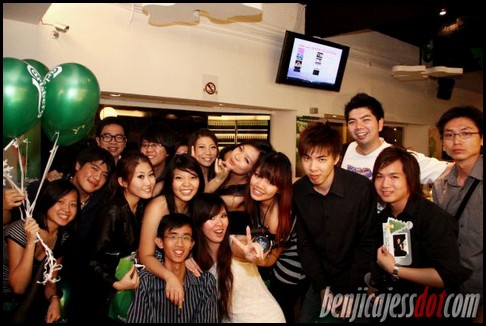 And gawd knows why I’m getting all hyped up bouncing it in the video. I swear I wasn’t on substance or any mind boggling thingamajigs for that matter. What can I say?

It must be Carlsberg cranking up the party fo shure! 🙂 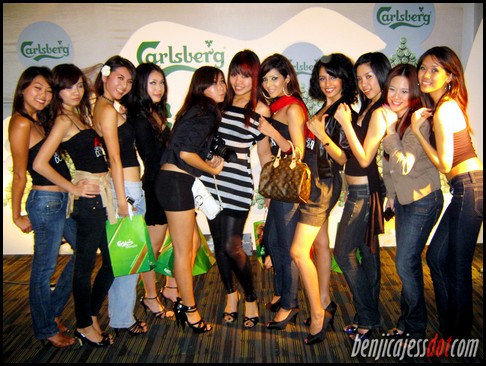 All the best to the 10 finalists of the FHM Girl Next Door Finale happening this Friday in Euphoria Ministry of Sound! Who will be crowned 2010’s Girl Next Door? So rub your hands together with glee and we shall see 🙂 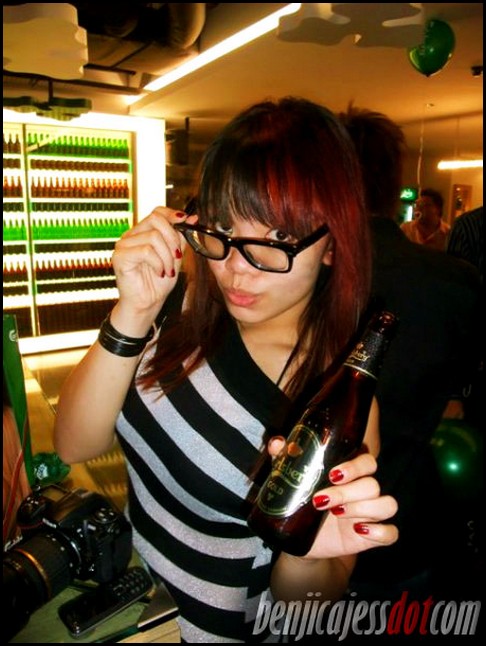 But first, would you like some Carlsberg Gold before that?

Haha. Cheers! And goodnight my dears 🙂

« Previous post
My new condo! Come, lemme show u around
Next post »
MY BLACKBERRY SPUN TUMBLED WET IN A WASHING MACHINE? NO SWEAT! My 10 steps of how to rescue it