If it isn’t the most delightful thing to find out that you’re featured on national TV, then you must have had childhood dreams of aiming to be mentioned at the King’s coronation or Oprah’s Talk Show!

I was overjoyed upon knowing that I was featured on 8TV’s Nite Live programme on telly, albeit a small segment. Thanks to TV Hosts Jules, Mike and Moe 🙂

But ya know what the most ridiculous thing was? There’s an LCD plasma TV in my condo, complete with an Xbox and a DVD player – but no proper broadcasting network! -_-

Which means no Cable TV (Astro) and no national standard channels like RTM1, RTM2, TV3, NTV7, 8TV and Channel9.
So strange right? I know I don’t actually have the luxury time to sit down and watch telly, but it puzzled me as to why the wiring man didn’t fix it when I first moved in.

Someone sent the video to me *jumps for joy*
I would like to acknowledge a very supportive and thoughtful reader Peterpan who actually recorded it so there it is, uploaded to my blog!

Thanks very very much 🙂
And to you guys, thanks for watching! Although the audio can be a tad muffled. 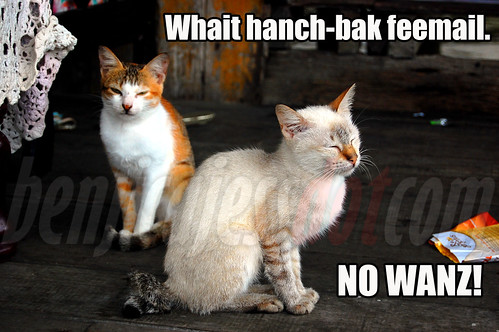