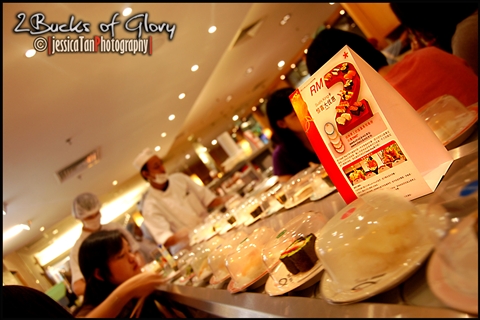 One of the only ways to measure your level of KiaSu-ness (direct translation : afraid to lose) or in other words – GREED, in this context is to scamper down for the Sushi King RM2 Bonanza. 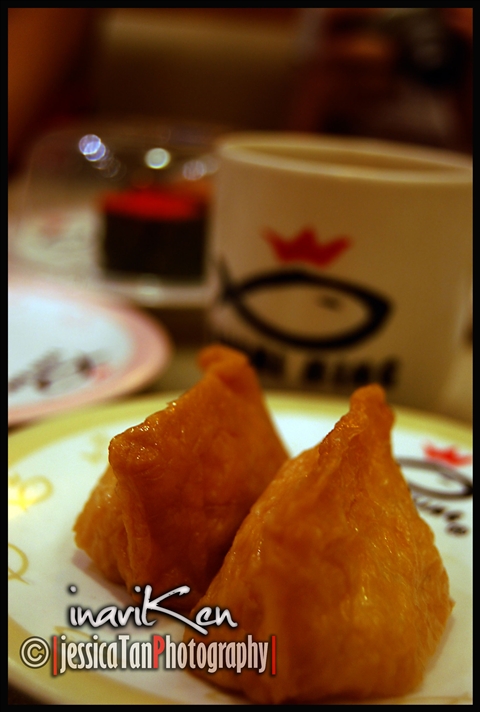 Sushi King regulars like me would be patronizing their outlets a few times a week, but one that’s not to miss would be of course, their bonanza. Unagi, Sakae or other Maki for RM2?
Count me in! 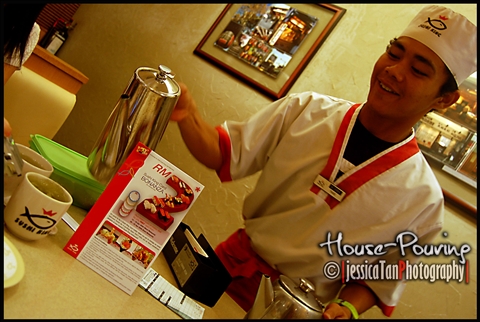 The recent bonanza held exclusively for Sushi King Card members
(just like every year) spelled a frenzy of sushi-lovers.

Heck, people like my friends and I.
Although not enjoying the Sushi King Bonanza with buddies like Joyce, Benjie, the two Rachels – T & K, Carter, Minny, Jasmine, Ralph, Alton and all my other sushi-kaki’s, I managed to still chomp down some with big smiles. 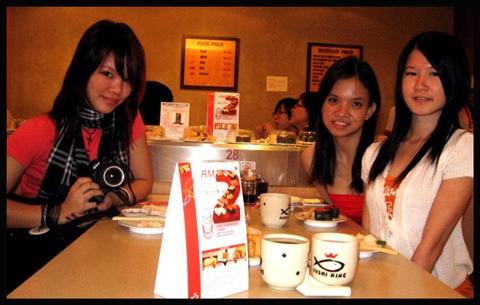 During my lunch break, roomie and Sharlyn came to Mid Valley just to have lunch with me. (Aww!) and we dug in like crazy, just like the rest. But, in a somewhat more refined manner of course. Hey, we’re just trying to be civil. Warrghh. 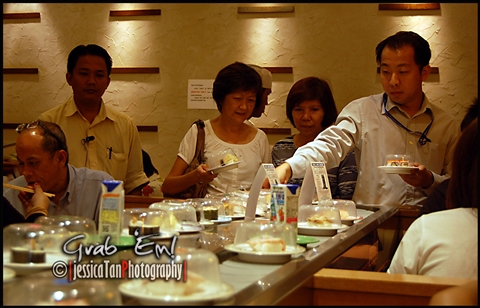 I remember similar situations, when I was at last year’s bonanza with bestie Benjie. How we sniggered at those gluttons when we saw them standing up and running to the conveyor belt everytime new plates were placed there. Or worse, some were even yelling at the poor sushi chef all ‘cos they ain’t getting a particular sushi. 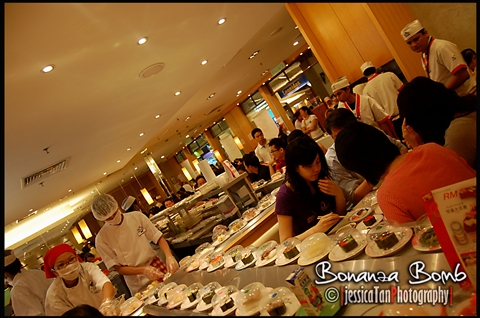 Check out the crowd!
Yowzzaa! 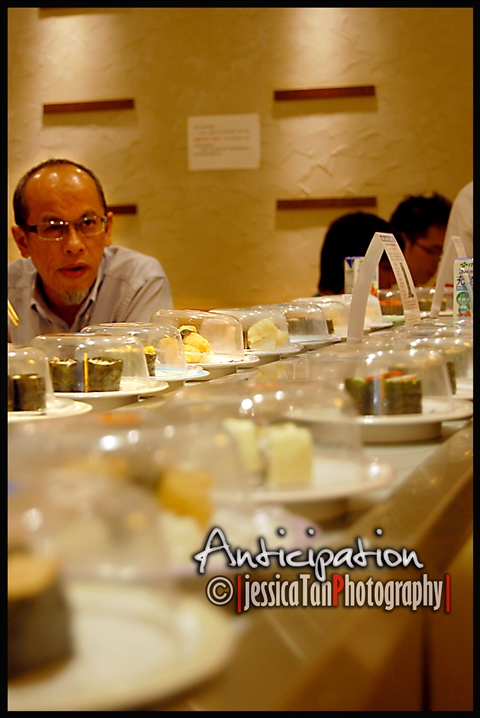 Wow… notice above and below (their expressions) of their eyes preying on the sushi. I reckon Hitler had the same expression during those Nazi days. Yeah c’mon guys, it’s not as though sushi will be extinct after today. LOL 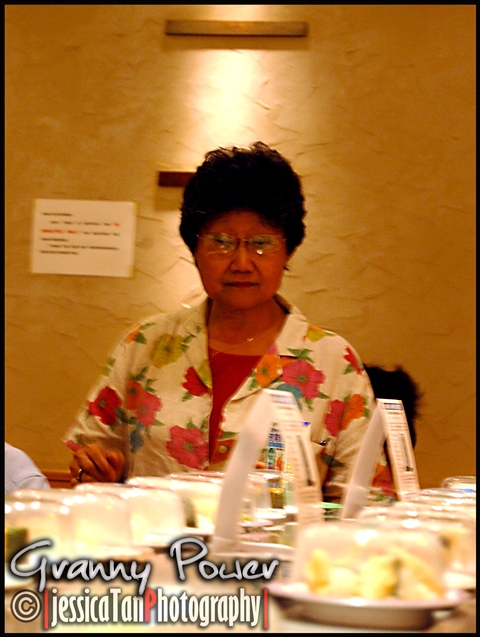 Step 1 : Attend a Sushi Bonanza
Step 2 : Sit away from the revolving conveyor belt
Step 3 : Watch other people eating your favorite sushi
Step 4 : Check the sides of your mouth (if there’s drool around it)
Step 5 : Check if you are still sitting solitary at your table. 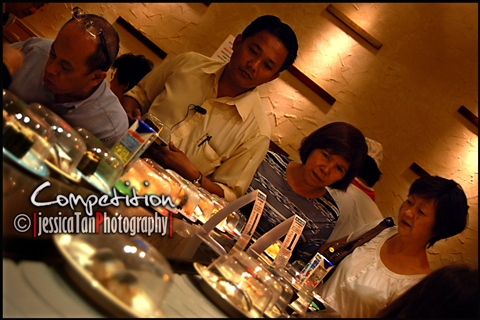 If you’ve left your table to snatch multiple plates of sushi before other people gets it, then
YOU HAVE
BEEN CERTIFIED

AS A
KIASU PERSON!

If you’re still staying put at your table eating any sushi that co
mes by, and eating your faves if your lucky or other KiaSu peeps didn’t already snatch it away, then

GOOD ONYA!
I admire such patience.
Cheerioz!
So.. are you?
Food Observations/Sights/Sounds Photography
Share: