After publishing some shots of topless beachboys during the [Roxy-Quiksilver Spring & Summer Collection launch] last April, I’ve been getting a few requests to use my prerogative as a female photographer to shoot and blog about hunky male models with rippling muscles and washboard abs.

I finally concluded that it was actually a really clever idea. *winks* 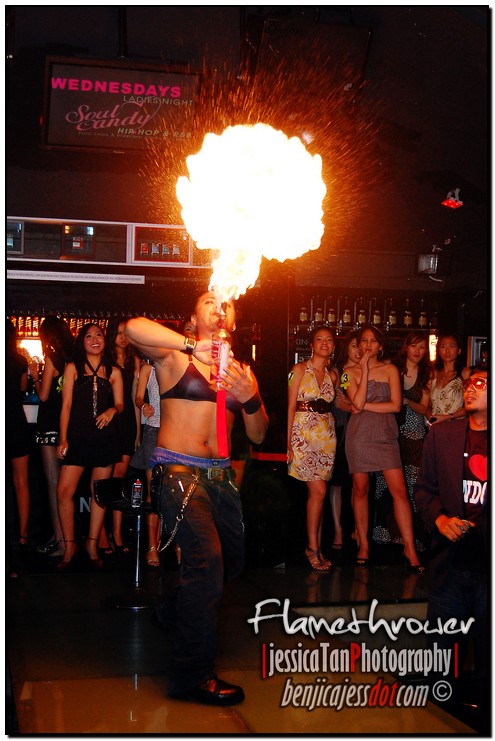 A fire-burning start
So gurls and gayboys,
this is just for ya!

Some time back, I attended a very special and one-of-a-kind Ladies’ Night in Upstairs, The Loft courtesy of Sharlyn, the PR manager. It’s really unique because apart from all the usual partying for ladies, there was a pampering session in motion.

Think manicures, makeovers and hairstyling… all complimentary! Hey, I guess this is also one of the reasons why it rocks to be a gurl instead of a male. 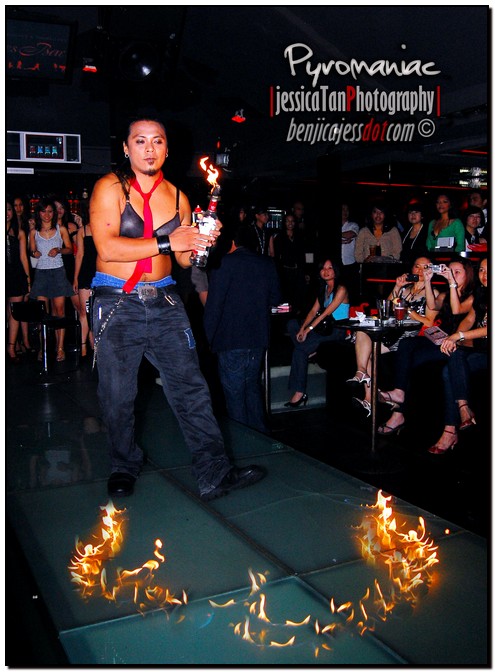 As this was a Ladies’ Night, it is by regulation that no men are to be allowed in the premises of the club. Hence, we got to see the feminine side of the bartenders. They were all dressed in bras with tissues stuffed in them!

Talk about being sporting, they scored brilliantly! 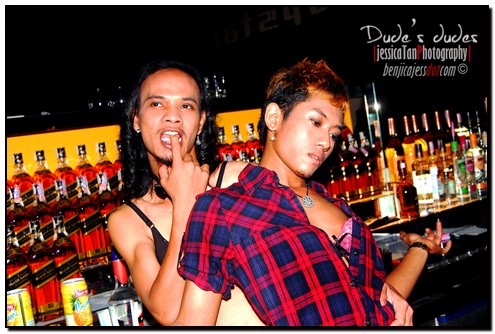 All the chicks in the house had their fair share of mingling, stuffing their faces with the buffet dinner, swigging down the free flow of drinks, having themselves made up, getting their hair done by Snips professionals as well as having their nails filed, buffed and painted... but that’s not all. 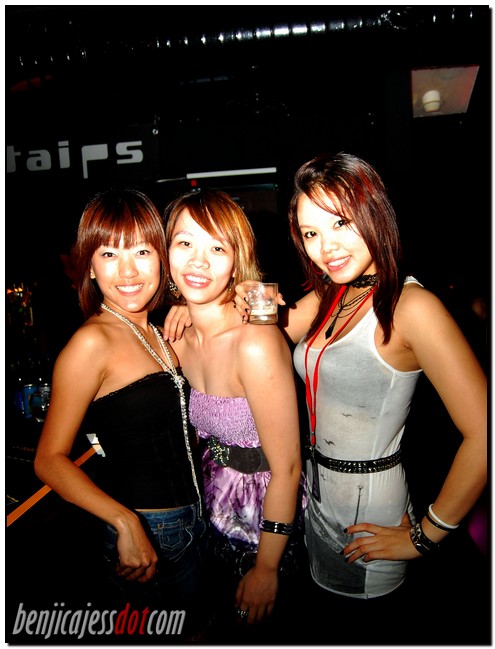 By the bar with the committee
Good job gurls!

The session that got the gurls in a frenzy was a catwalk of swoon-worthy eye candies strutting themselves on stage in nothing but their boxers and string of boa feathers. 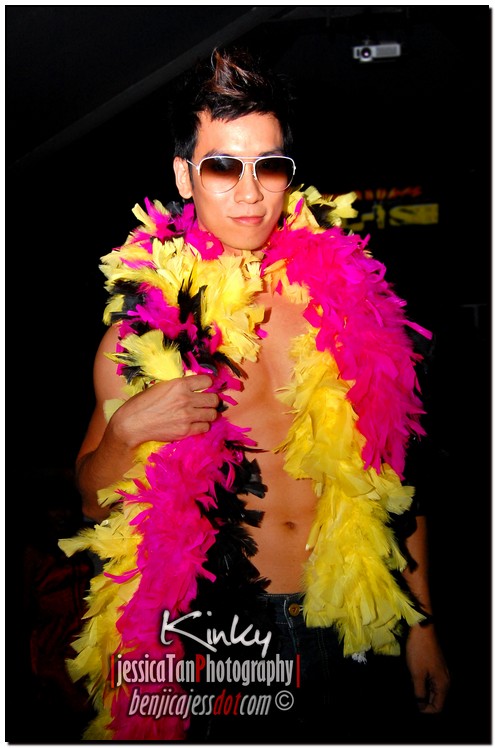 ohmy. Tell me we’re not dreaming
Hell we’re not. The ladies piercing screams were enough to deafen a dog when this hubba subject of every girl’s desire began to inch about every corner of the stage playing and swinging the boa feathers around himself. 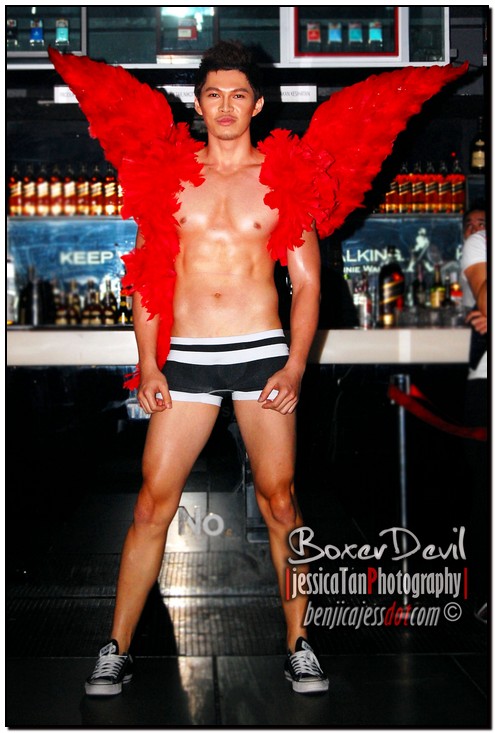 I believe this picture needs no caption.
What can I say? *swoons*

When the level of high-pitch screams became more intolerable, I reckon something irresistable is imminent… and I saw it. This one evoked every femme fatale outta the women in the house. A playboy-looking character stripped down to nothing but his boxers and a pair of shoes which I was coincidentally wearing that very day – black Converse! 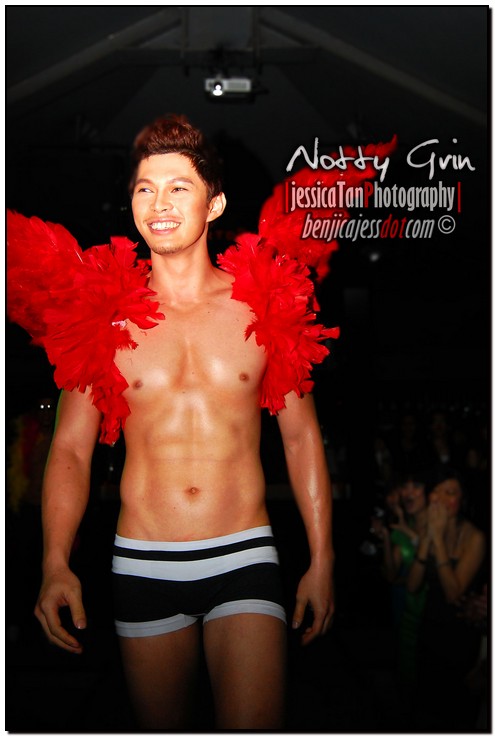 The fluffy red pair of feathery wings added to the ooooh-factor
(check out the ladies in the background)
What else could a normal
20 year old gurl probably say?

Guilty pleasures? I just continued shooting until the end of the night, left with a wry and wicked grin plastered on my face and giggled all the way home with the gurls. Just being human. Hey, at least I’m honest. *wink*

Sweet dreams are made of this ~
Who am I to disagree?