Throughout the past month, I've been playing host to many caucasian buddies of mine here in Malaysia.

December felt like a month of not only sharing & introducing Malaysia, my culture, my lifestyle, my food and my people to friends from abroad but also getting more in touch with my own country on a totally different level. 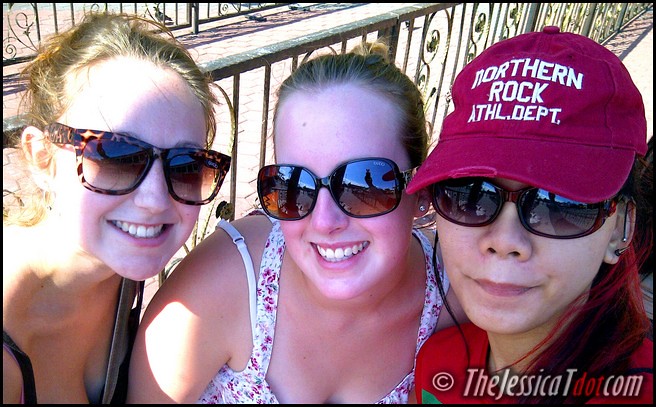 Believe it or not, being a constant tour guide does have its profound impacts on a local.

I can vouch for that in its entirety.

But to be honest, being a tour guide/host is not an easy streak as constantly going out and about to never-ending places of interest is more than likely to render me strapped for cash; draining my wallet of its dosh. $$$$$$$ 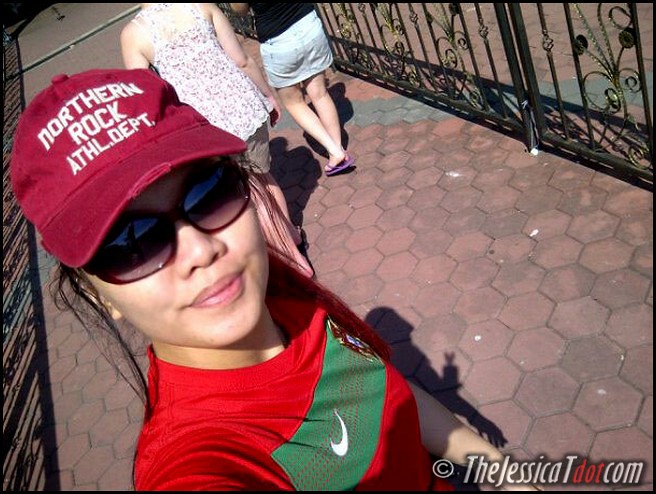 Don't get me wrong. I enjoy it regardless – well proven with my 1st Australian guest I hosted last month.

So…. bring on round #4 of bringing foreigners around in a month! 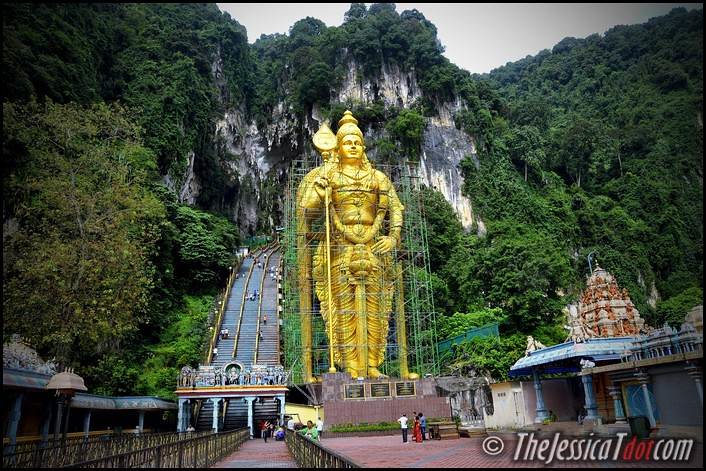 was one of the touristy destinations I took 'em all to

That 140 feet Lord Muruga statue we have is the tallest statue of its kind in the world! 🙂 *proud*

Currently it's not so pretty as they are re-doing paintworks – hence construction scaffoldings around it. 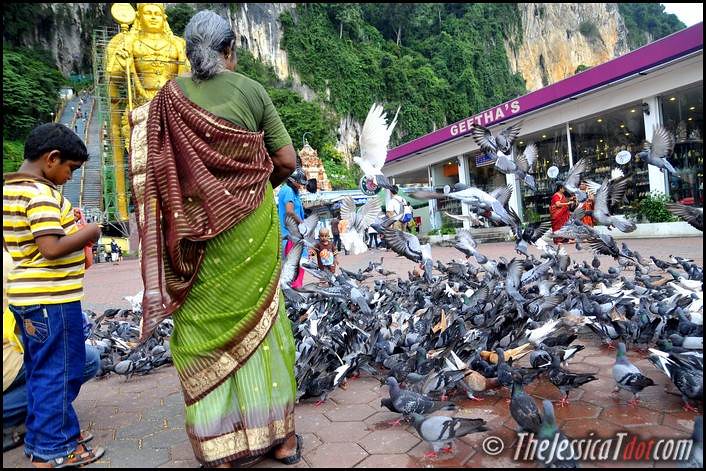 Birds will flock together in unbelievable amounts! 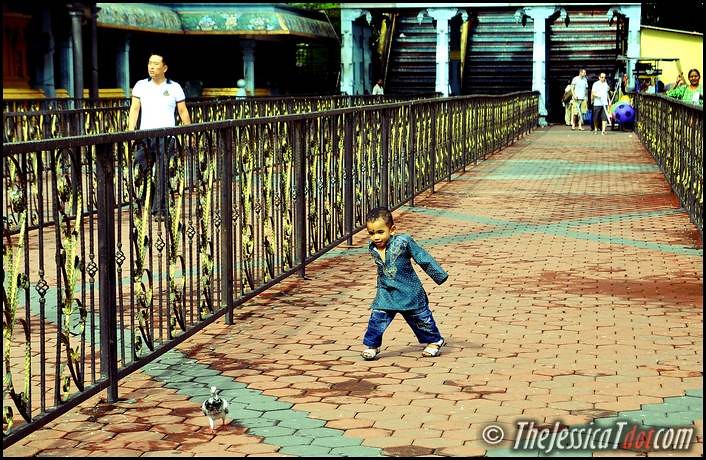 Honest mistake there. Unbackspaced for shits and giggles

Anyway, I've been frequenting Batu Caves so many times in a month that I think I could totally climb up the stairs in under 5 minutes now. It's not exactly that tough, trust me 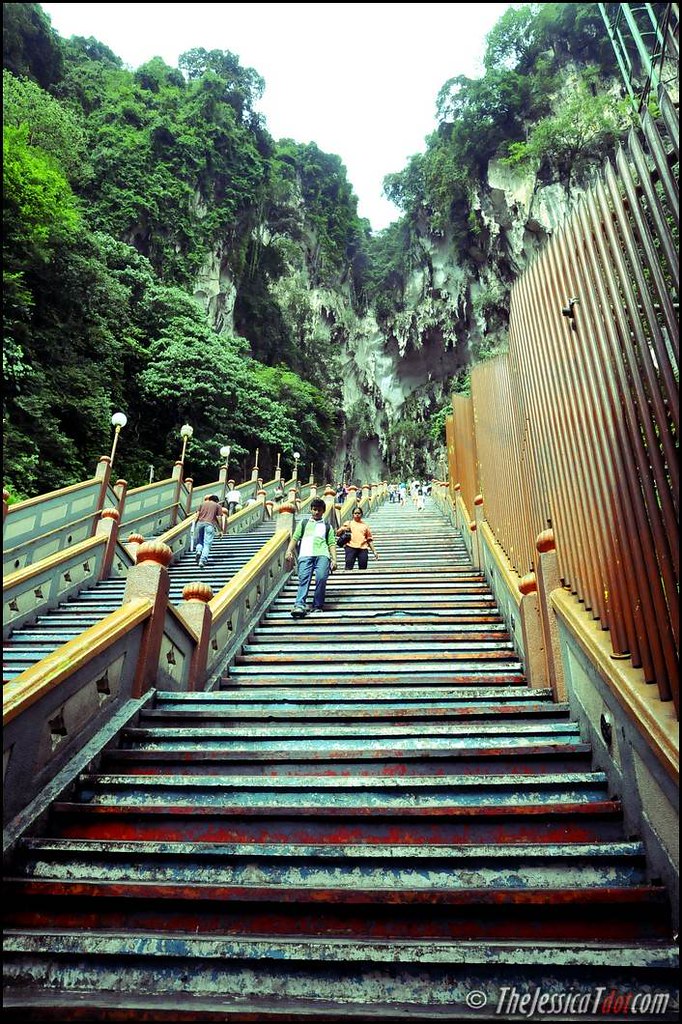 Right, so…. the next time I pay a visit to Batu Caves will be to bring le boyfie for the (much dreaded) staircase hike, the Ramayana cave, the Dark Cave tour, the Indian blessings and to simply witness the picturesque sights of KL & the Klang Valley from up above 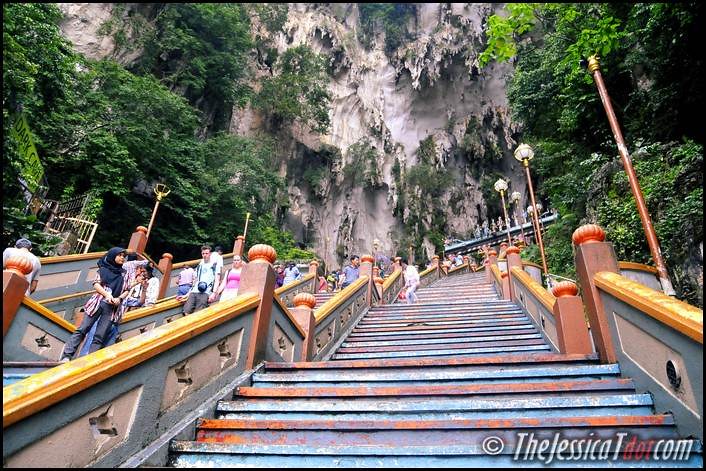 Only a halfway mark? I kid you not.

What's also wonderful at Batu Caves is the fact that you will see so many tourists/foreigners/expatriates flock from all over the world; curious to know the ongoings within the walls of our sacred cave. 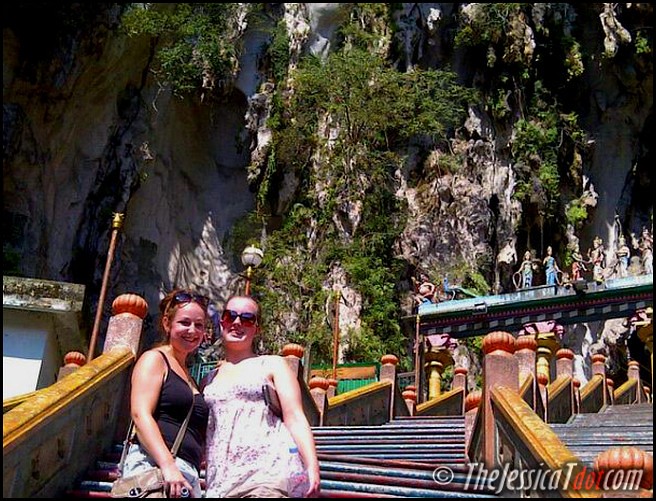 Armed with their cameras of all sorts, maps and escalated enthusiasm, people of different races and religion come to this limestone hill which bears home to arguably the most popular Hindu shrine in South East Asia. 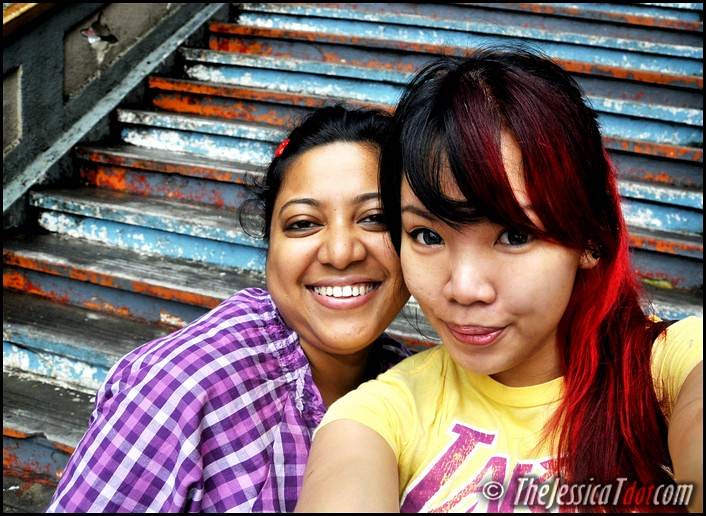 Incidentally, I made few new friends up on the steps too

This is Anamika. She hails from India and is in Malaysia for a holiday & to pay her respects to Hindu Lord Murugan 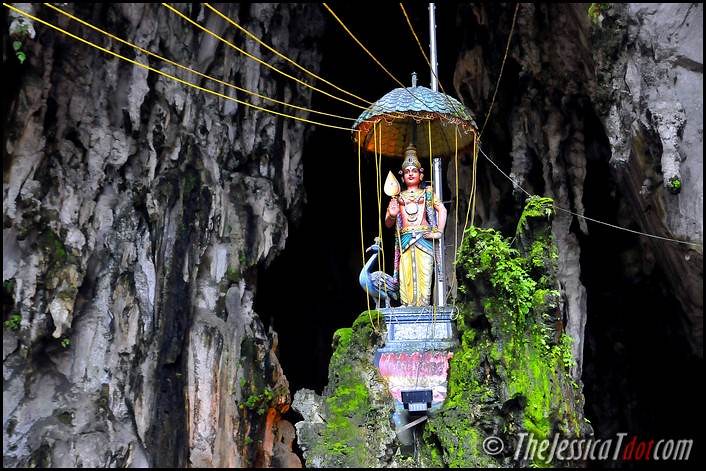 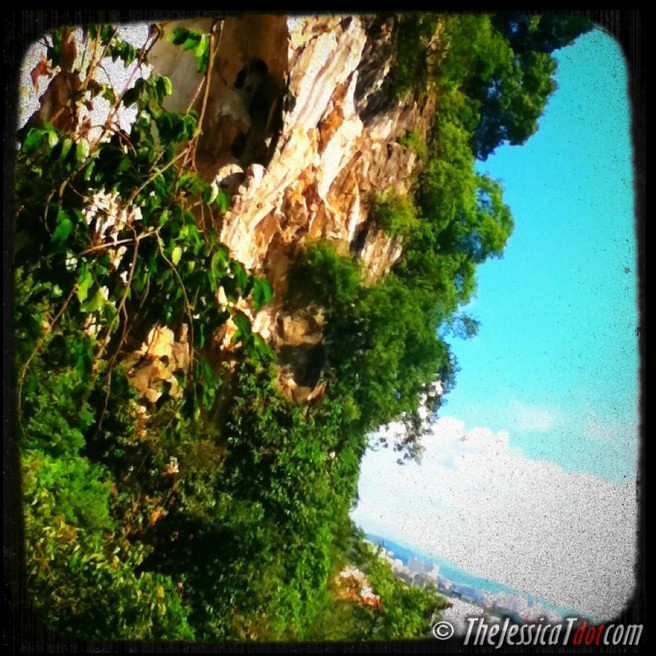 Amazing view of nature from waaaaay up here! 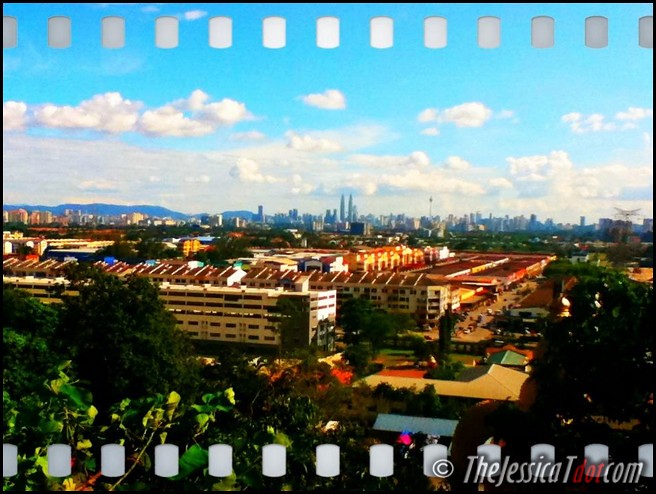 And part of the Klang Valley from the look out spot 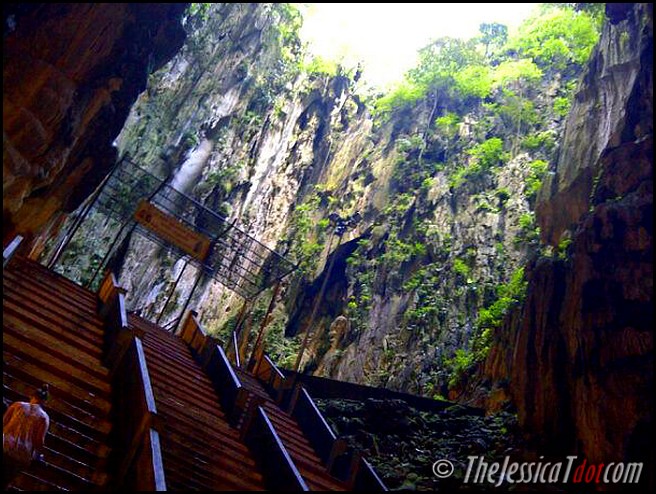 inside the main cave of Batu Caves – the Cathedral/Temple cave! 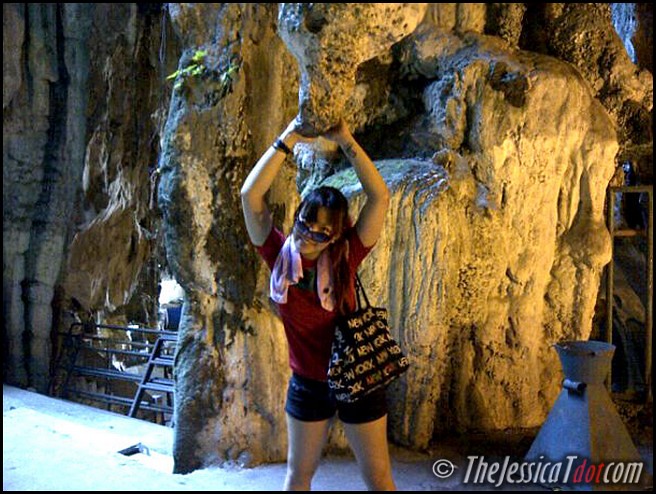 Stalactites and stalagmites come in abundance! 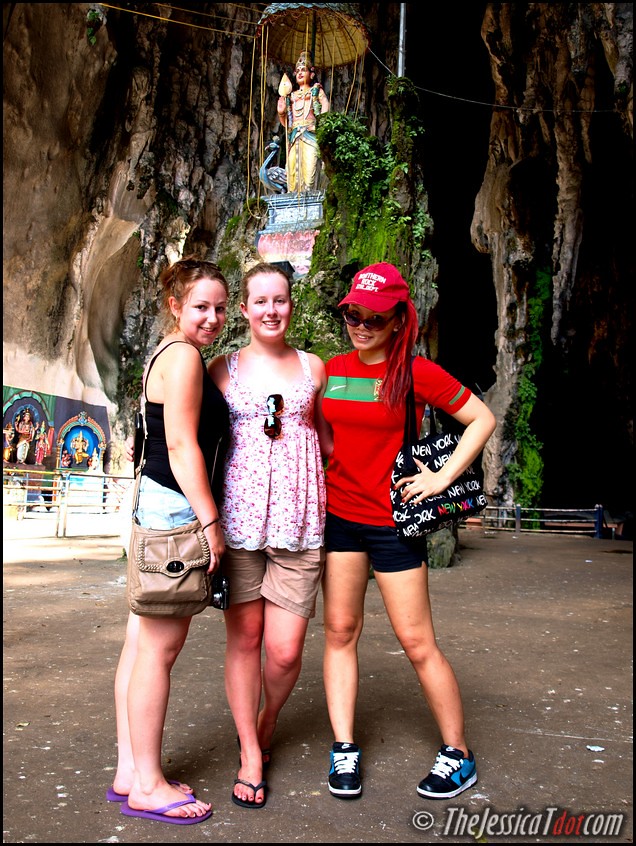 So much more to see inside! Ancient Indian paintings line the walls of this enclosure

Intricate statues and devotees getting their blessings by the Indian monks as they murmur spiritual incantations and sprinkle by holy water onto them are not to be missed! I watched closely too 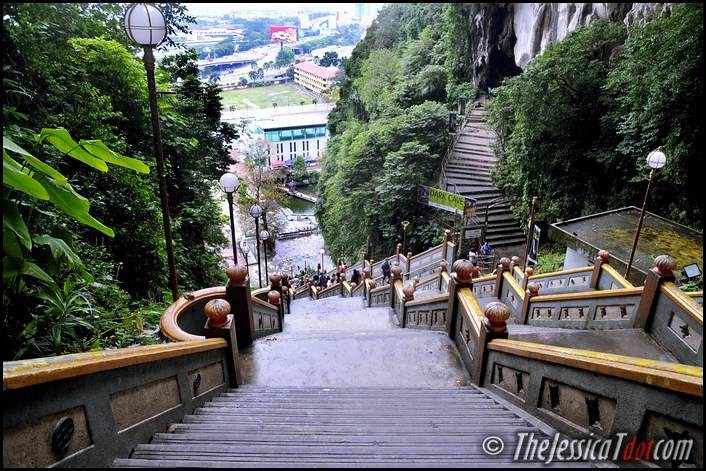 Not gonna show you anymore – you have to see for yourself! 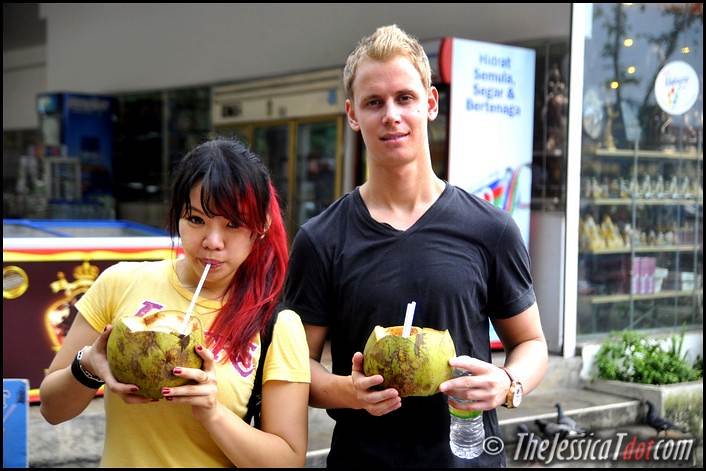 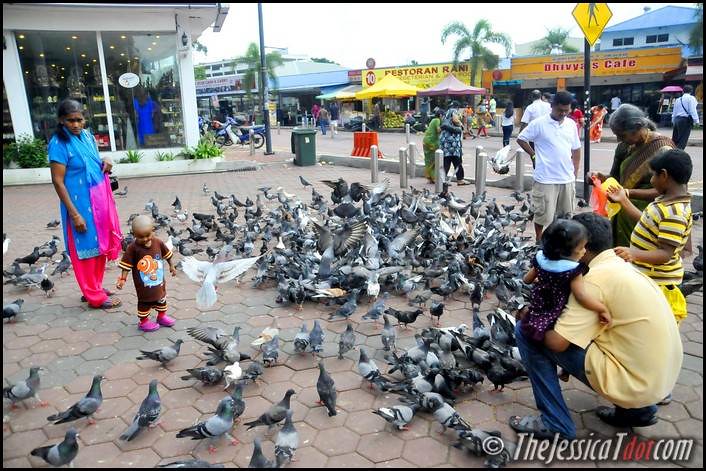 Insane amount of pigeons were still around! 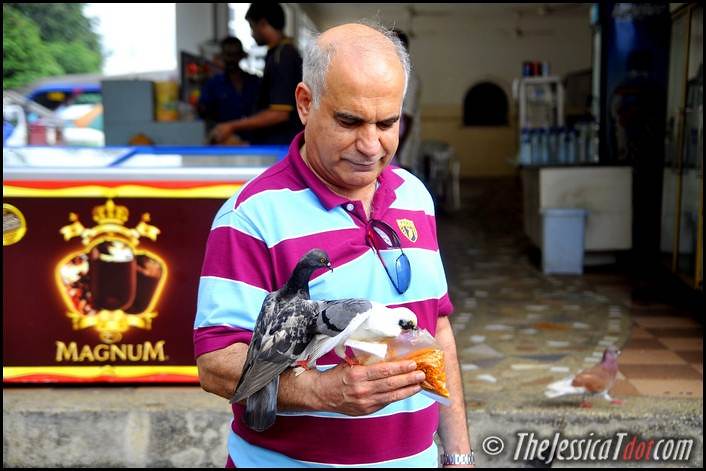 I shall now award this t-shirt to a specific someone 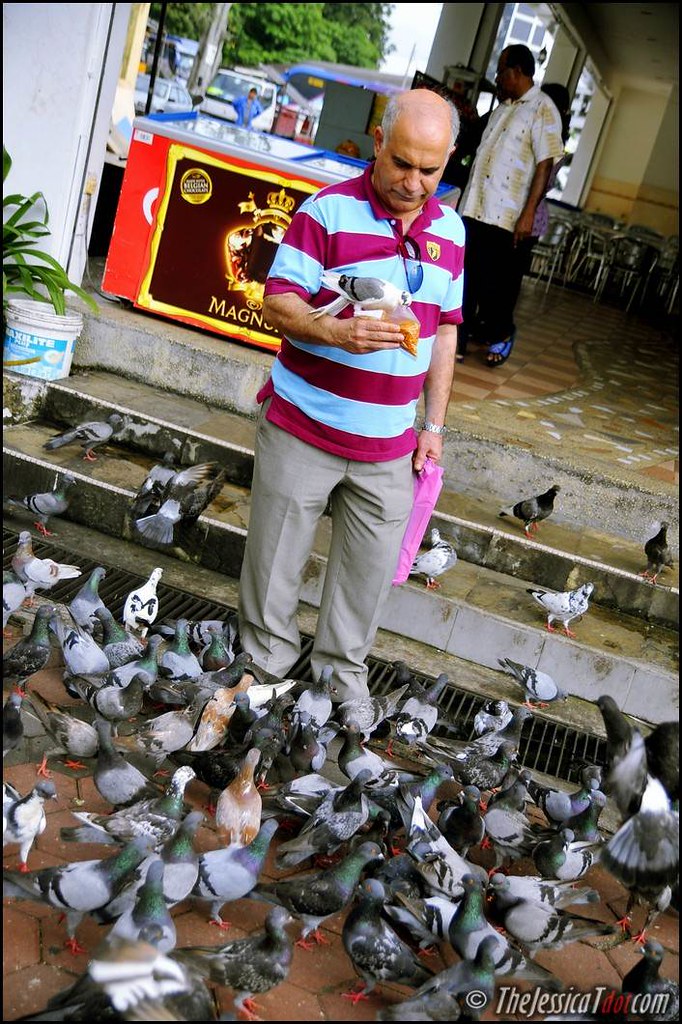 TO THE PIGEON WHISPERER 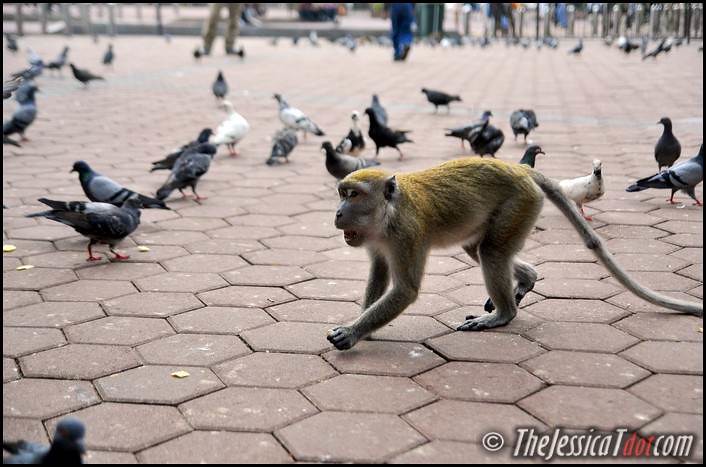 Amongst the flock was a rather aggressive – AND HUNGRY – monkey 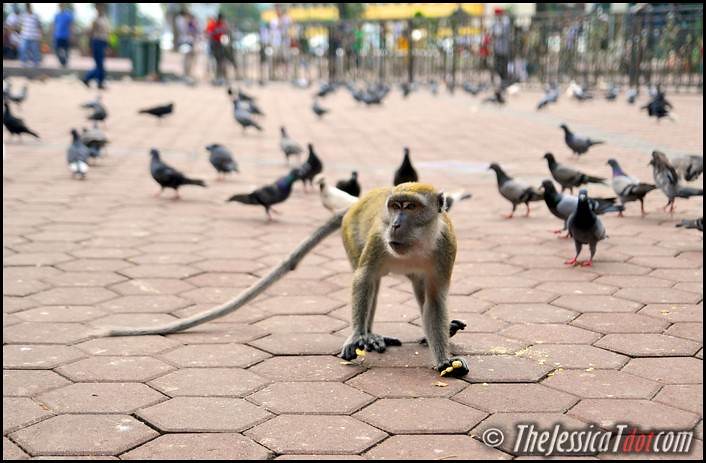 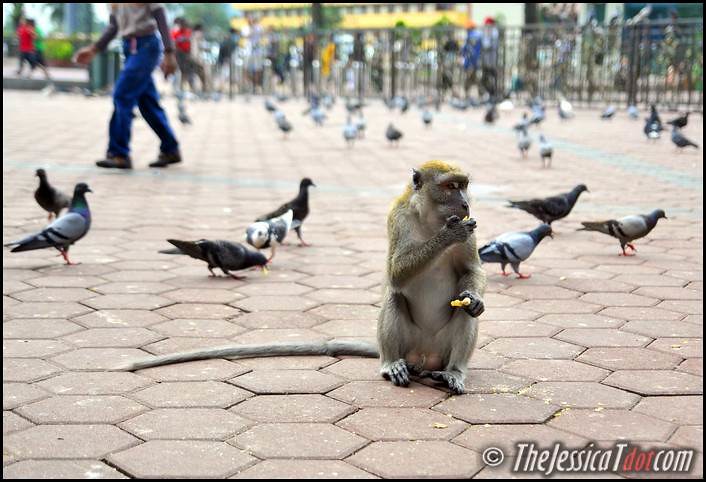 He took some for himself 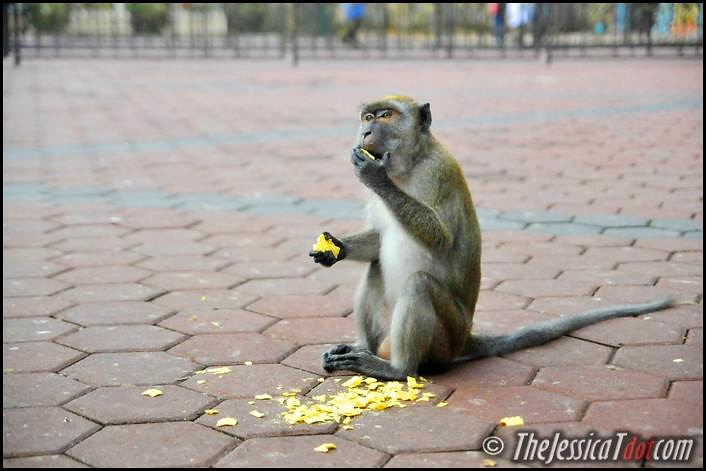 Correction : took ALL the food to himself

And the birds soon surrounded him. Hah! You're outnumbered now, lil monkey 😛 😛

It was quite the spectacle, if I do say so myself. A funny sight to see although eventually, more visitors started to bear them more food. That certainly put an end to the food wars LOL! 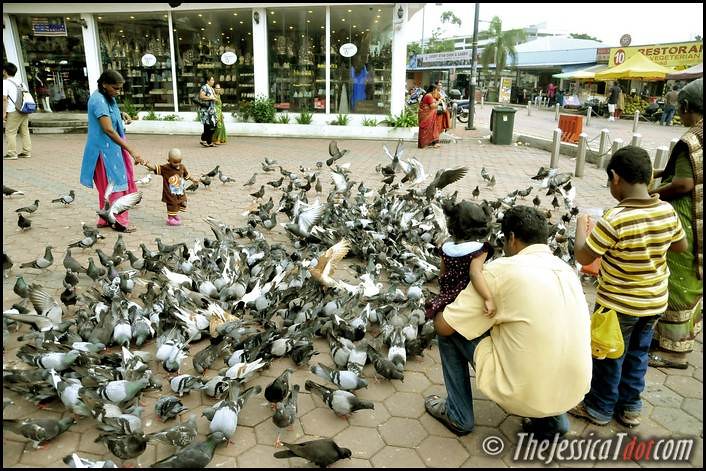 Batu Caves has never failed to be an experience for me.

Neither will it ever be for anyone – both believers or non-believers!

Here's to hoping that the paintworks on the Lord Murugan statue will be finished and the scaffoldings will be taken away by the time I bring le boyfie to visit. He arrives Malaysia in 3 days!! *eggcited*