In conjunction with the release of their 4th and latest album 'Get Your Heart On!', we were lucky enough to have Simple Plan right here at our Malaysian soil as one of their stops for their tour just yesterday afternoon. 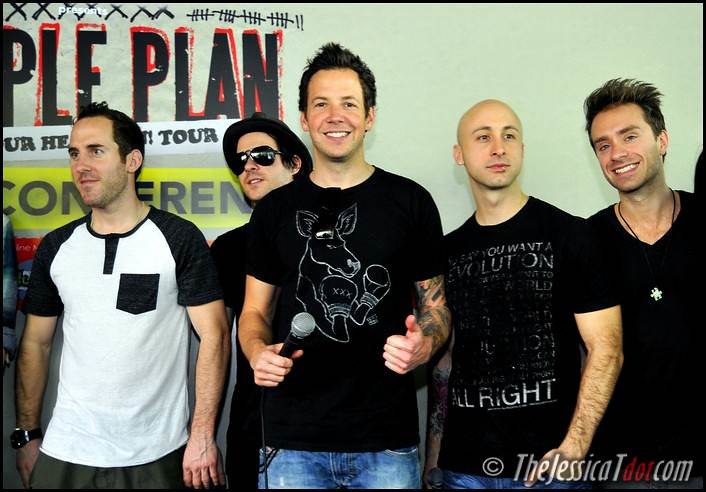 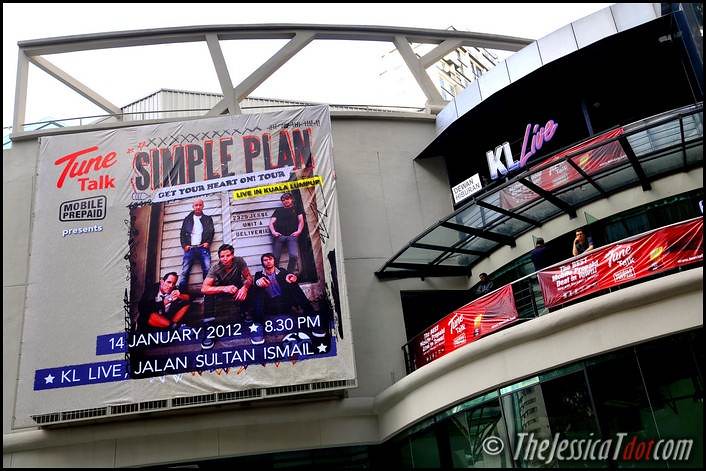 I arrived at 2.30pm to attend the press conference with my assistant of the day, Pamela 🙂

Thanks for all the help & company! 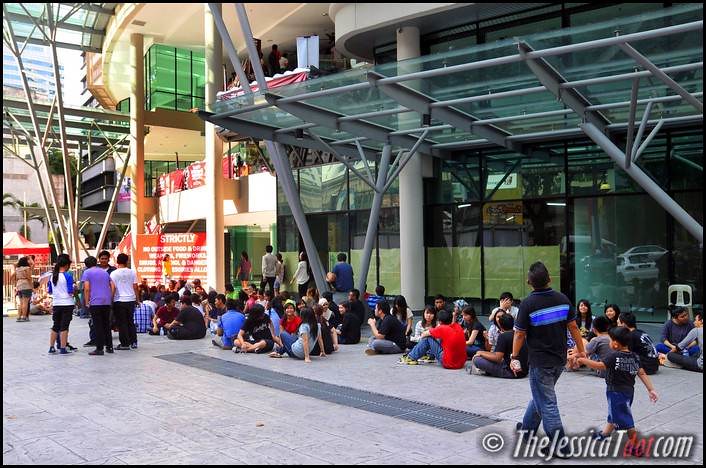 There was already a queue as early as 6 hours before Simple Plan's concert!

CEO of Tune Talk Mobile Prepaid, Jason Lo, welcomed us and spoke extensively regarding the concert and what to expect for the night. 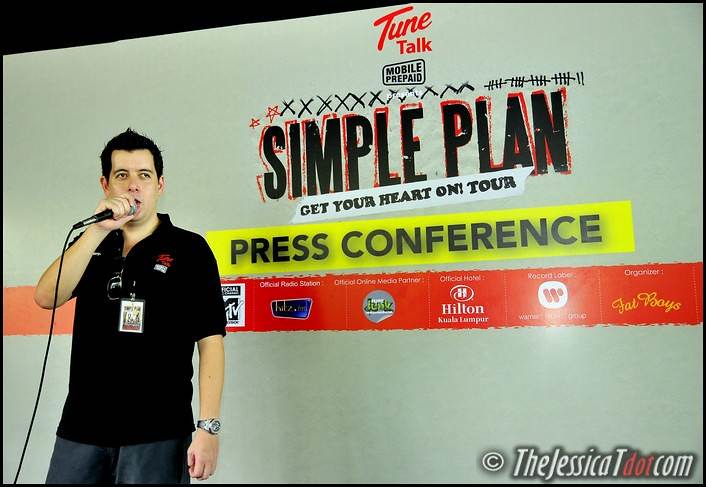 "This is the first of many to come! Our next acts will be Avril Lavigne, Jessie J and more,"

I bet all Malaysian Simple Plan fans were ecstatic being able to catch their favorite punk rock band perform right in front of their eyes.

Well, guess what? This is just the beginning. 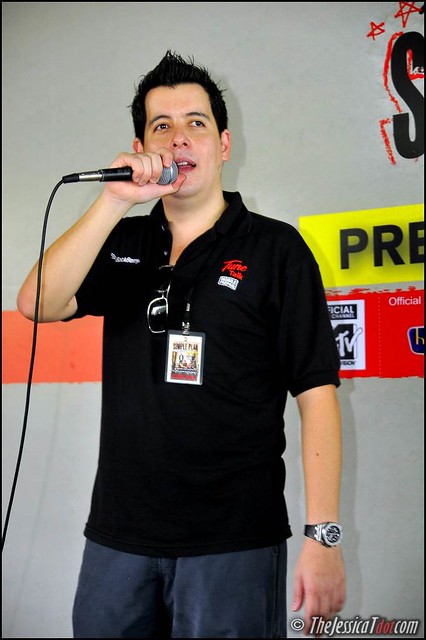 Simple Plan was brought down to Malaysia thanks to Tune Talk – in collaboration with JS Concert Productions and Fat Boys – as part of their 'No Big Deal lah' series of concerts.

Next was local band 'The Revellers', winner of the band search competition to open for Simple Plan's gig 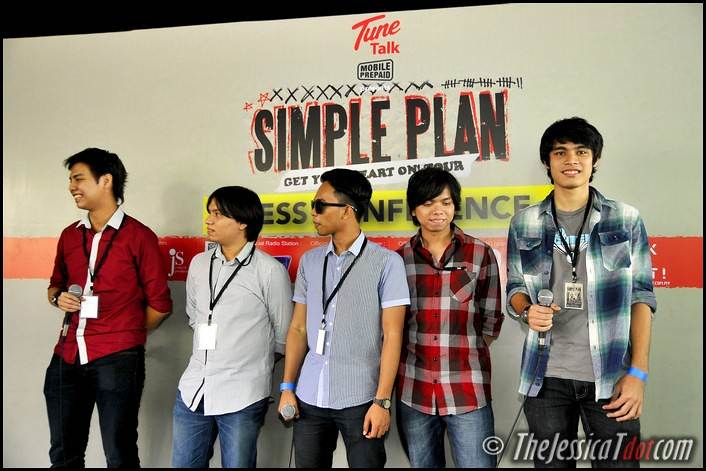 They were personally handpicked by Simple Plan

When asked why they were chosen, Simple Plan said that it was "all about the music…" 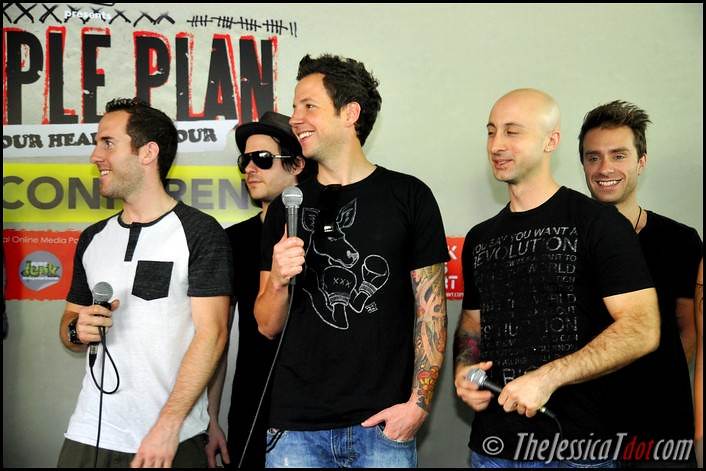 Simple Plan being welcomed by the MC

During the interview, I managed to ask them a couple of questions.

Jessicat: What is your favorite song from your latest album 'Get Your Heart On!' and why?

Pierre: "I would say 'Can't Keep My Hands Off You'. It talks about getting down, know what I'm saying, gurl?" 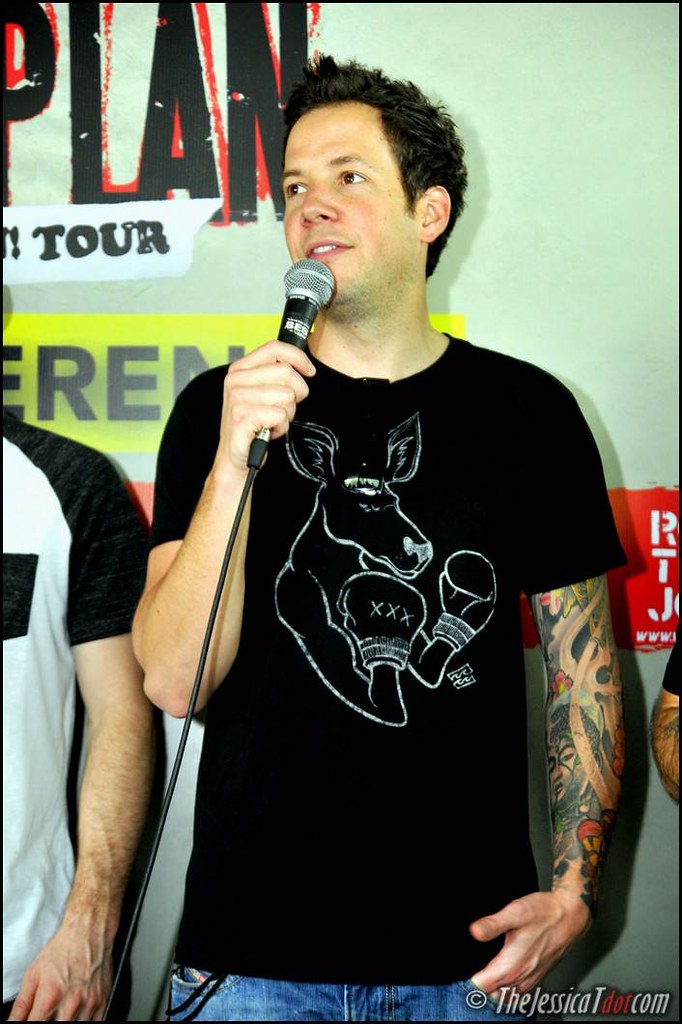 Nice one! Oh I definitely know what you're sayin' Pierre. *winkwink* 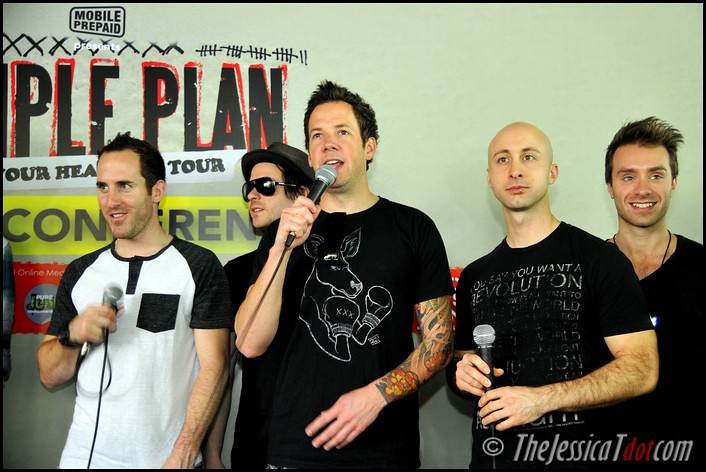 Jessicat: Where's your next stop after Malaysia and what are the future plans?

Pierre: Singapore is the next stop.. then Indonesia, Japan. We'll be doing a Canadian tour, a European tour, Australia… all over the world. 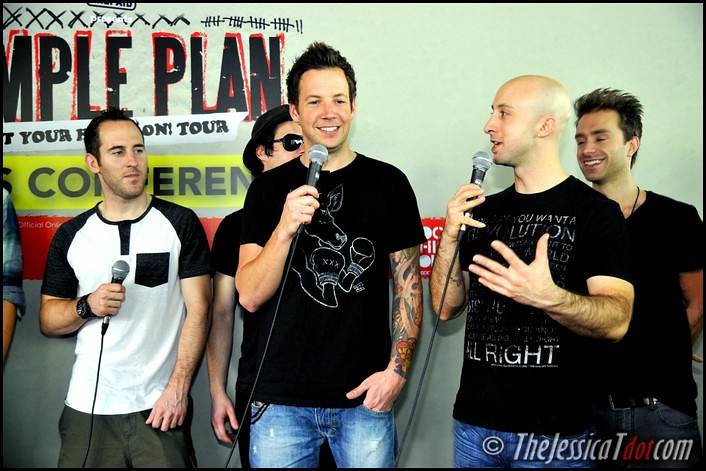 Cool beans. Looks like there's no stopping the band after 10 years! Amazing

They were part of my teenage years, my friends' and I's all-time favorite punk rock band ever.

I'm sure many can relate! 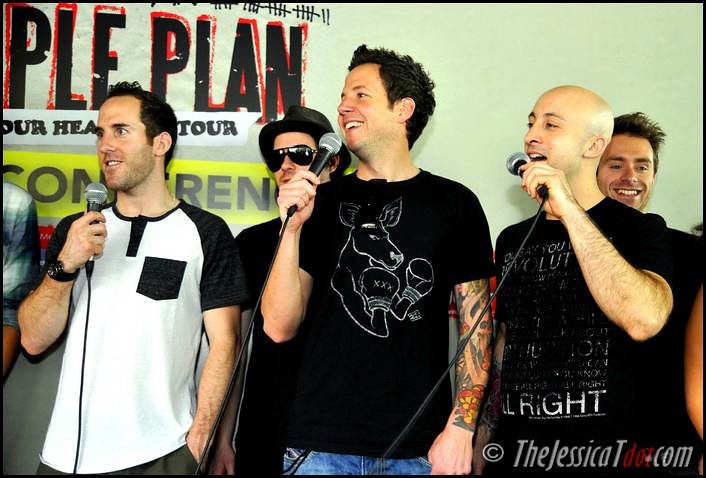 Members of Simple Plan sharing a light banter with the MC

When asked, they mentioned that they loved the Malaysian heat! 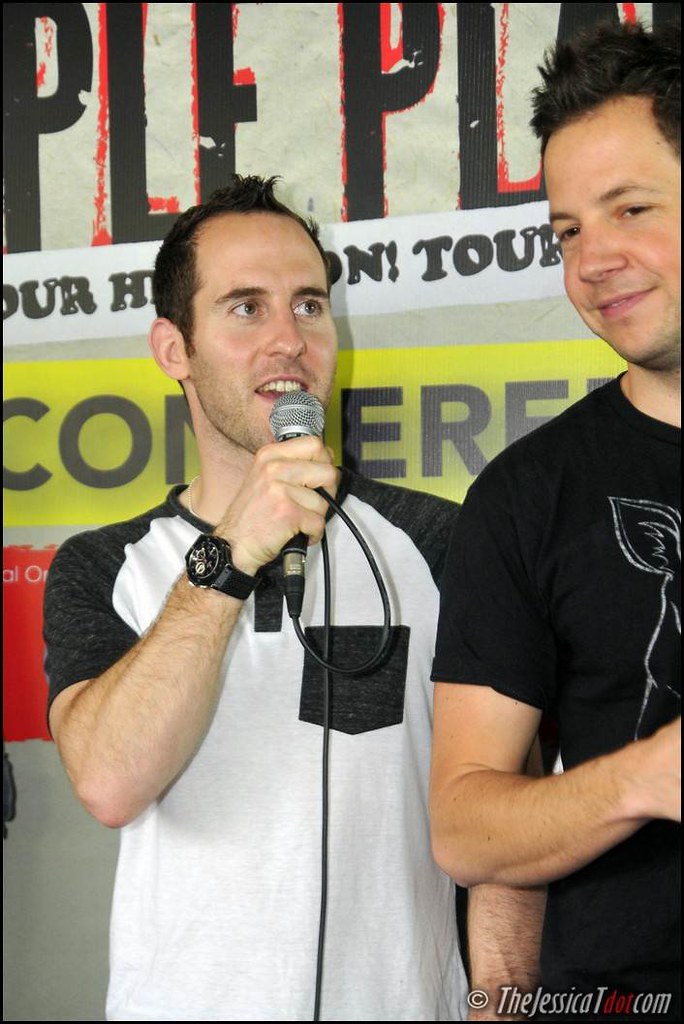 "It's -15 degrees in Canada, a snow storm at home right now. 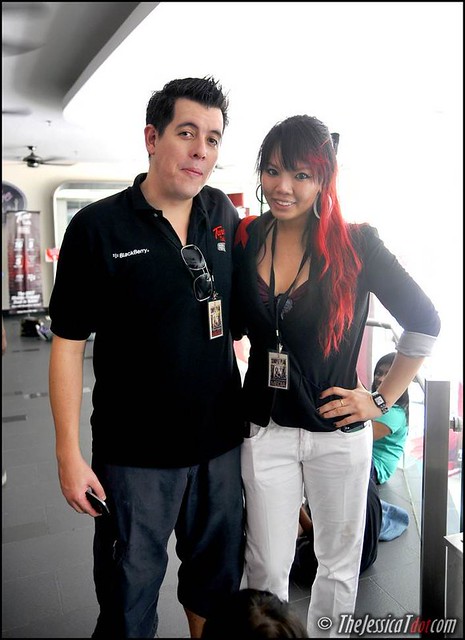 Bumped into Jason (and his adorable son)

(his head happens to be at the bottom of the photo LOL!)

He asked me, "Are you ready for tonight? You better be!" 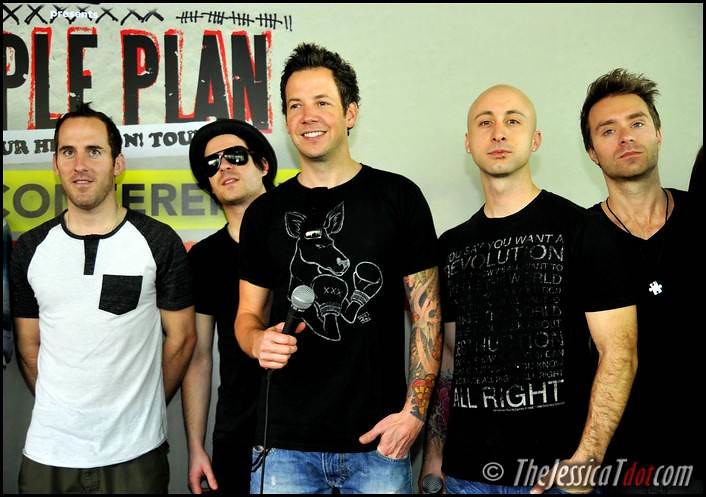 Their concert was amazing. Take it from me, a true Simple Plan fan since their old skool days of 2002.

As a teenager, I used to have posters of them back then, compiled all my favorite songs of Simple Plan's albums and blast them in my room, rocking out all by myself while jumping on the bed playing an air guitar