4 – 2 ON AGGREGATE AND BRINGS HOME THE TROPHY!

So alright, I was never a fan of fighting publicly on Twitter.

Reason being, fights should remain private and not put up on the World Wide Web to see.

Hence, I never ever chose to do it.

Closest I've ever been was some very subtle yet snide remarks or sarcasm but nothing too substantial to warrant a fight.

UNTIL. Last night. This was no personal affair.

Malaysia played against Indonesia in the AFF Suzuki Cup during the 1st leg final in our National Stadium, Bukit Jalil and beat them to a beautiful score of 3 – 0. Just like my fellow Malaysian citizens, I was rooting for my country all the way for our victory and cheering for them on Twitter despite the bitter accusations that our neighbouring country threw at us.

They made #malaysiacheatlaser a worldwide trending topic even.

What started it was when someone replied me on Twitter so childishly and not only insulted me, but my nation as well

and many other tweets which I can't seem to find now.

Thanks very much to some of my tweeples on Twitter for the support and those who backed up my responses.

Here are tweets from other people – 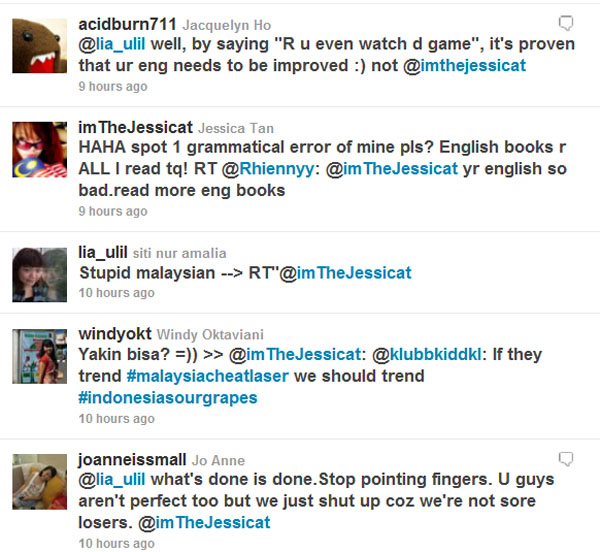 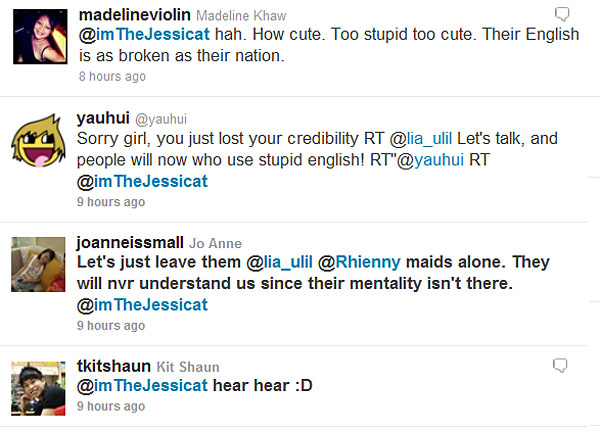 Allow me to reiterate that our Malaysian footballers scored 3 goals while playing fair and square ON THE FIELD.

They had nothing to do with some childish, dimwitted and juvenile Malaysian fans at the stadium playing with laser lights. In fact, our goals gradually scored one after another AFTER half time.

CLEARLY, after the lasers have already stopped by then.

However, I am ashamed of those handful of Malaysian fans who played with laser pointers. It was a distracting and ignorant thing to do.

Also for your kind information, an Indonesian news source, Tribunnews, has reported that the Indonesian fans also did use and point their laser lights at our Malaysian goalkeeper. Looks like we're equal now. 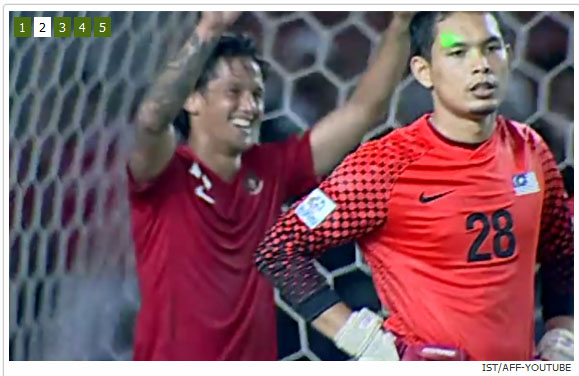 Ramli Mohammad Sharbinee being pointed at by the laser beam

Check it out here, if you can read Bahasa Indonesia. 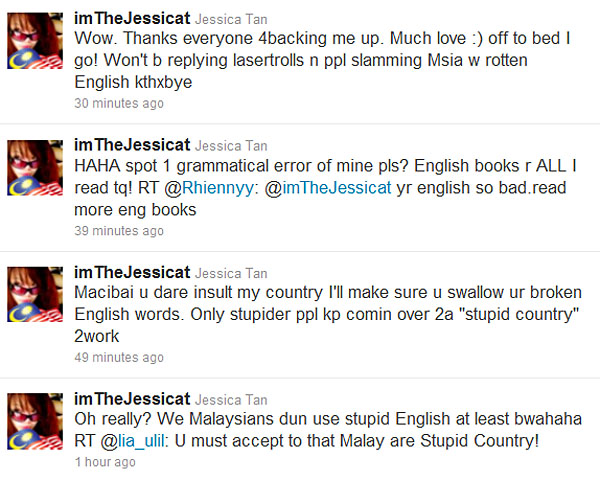 Just for the record and to all my Indonesian readers out there, I have nothing against Indonesia nor Indonesians at all. 🙂 In fact, I've many Indonesian friends in university and have an Indonesian maid at home whom I love dearly

Football is a competitive sport, but not meant to cause such a ruckus 🙁

See you in Jakarta, at the 2nd leg held in Gelora Bung Karno Stadium. All the best to Harimau Malaya and Garuda Indonesia

Here's to hoping that fans of both nations drop their lightsabers! 😛

May the best team win.