Dinner at the famous Italian precinct: Lygon Street for Toto’s Pizza House + droppin’ by the State Library of Victoria

Whilst I was still in Aussie, I remember making one fine trip up to the city to meet up a friend.

A friend that I knew since college days in Penang. Alexis and I were feeling Italian that afternoon. 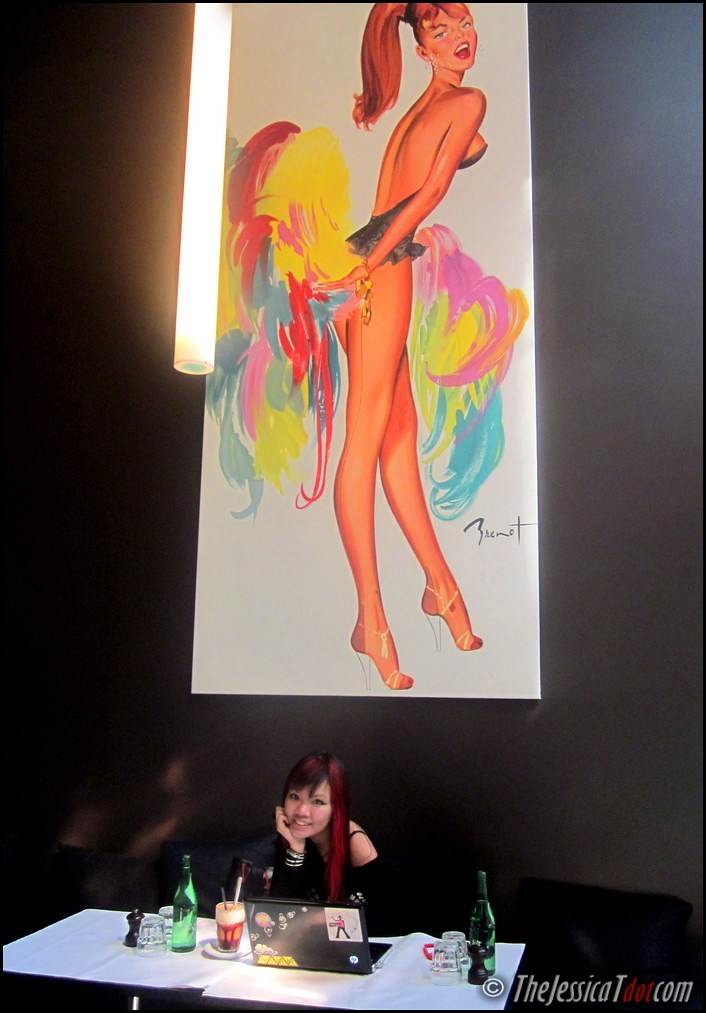 But she was occupied earlier, so I spent sometime in Spiga on the comfy couch by myself while waiting 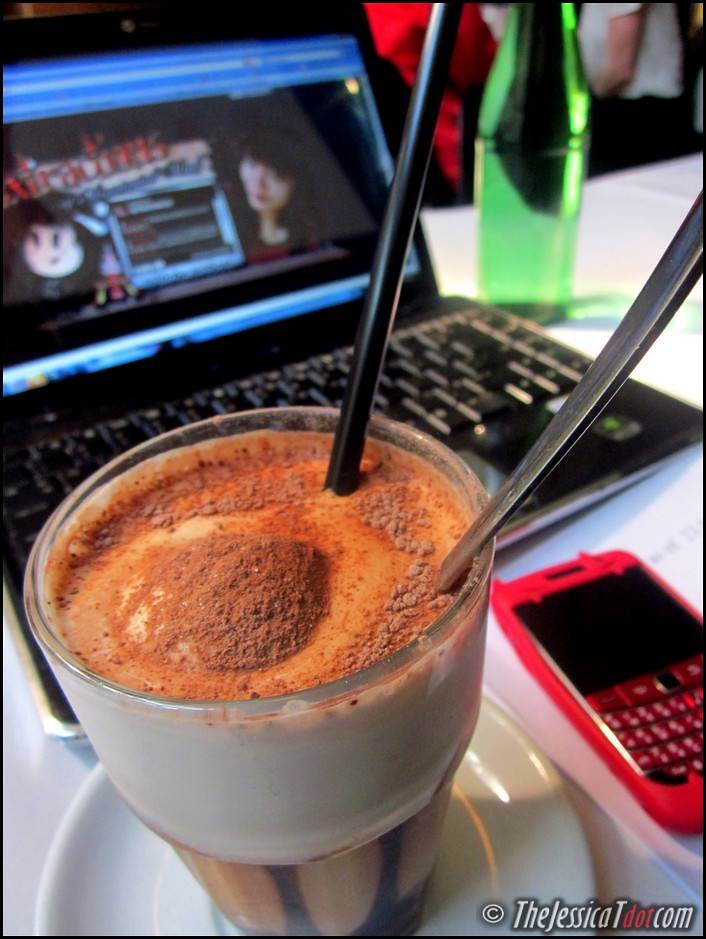 The plans changed and instead of meeting up in Melbourne Central, we decided to head up to Lygon Street.

That's where Italian food comes in abundance! Best part was, she lives just across the road from there.

So off I went to visit her. Yes, I walked all the way to her house.

Couldn't be bothered to catch a tram (I never buy Metcards!) and I love walking so that explains it 🙂 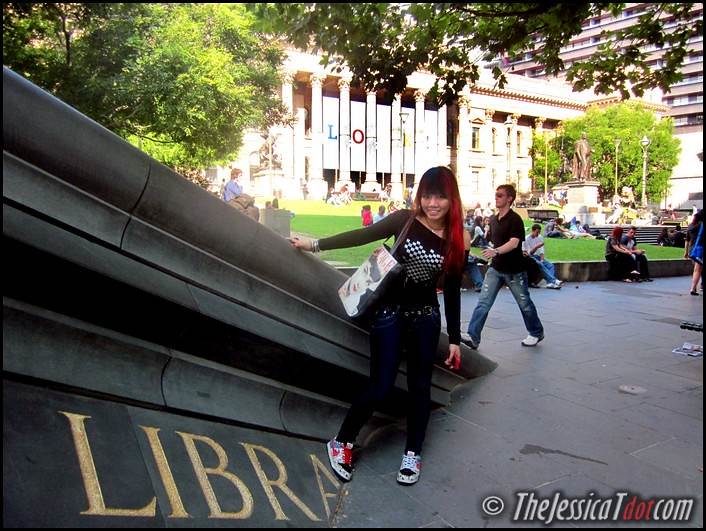 Walked past the State Library of Victoria so I had to grab a picture!

If he does, I'll karate chop him to ham slices 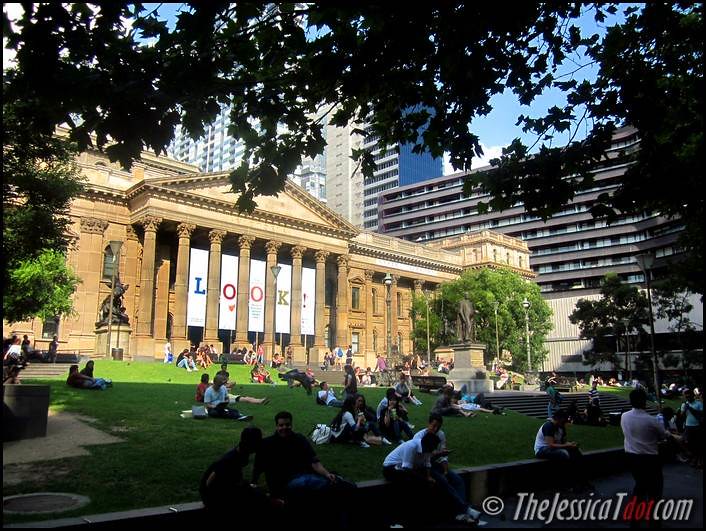 A very impressive library! Don't know why all the students love sitting on the grass studying in the sun

Prolly because it's always chilly everywhere.

Hung out at Alexis' house for a bit and then off we went for dindins! 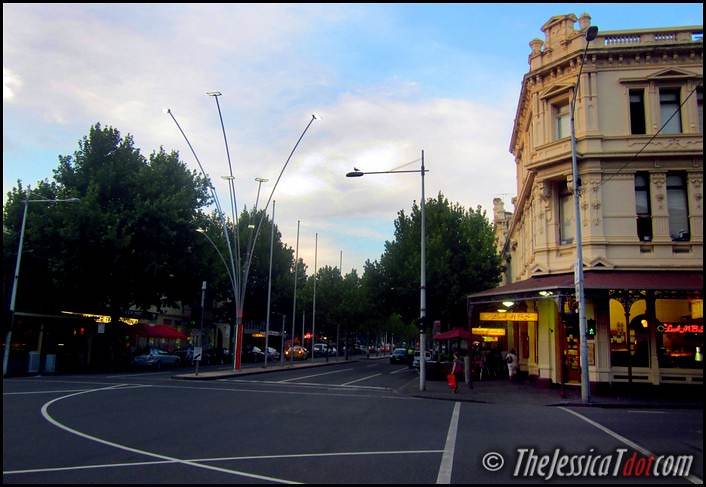 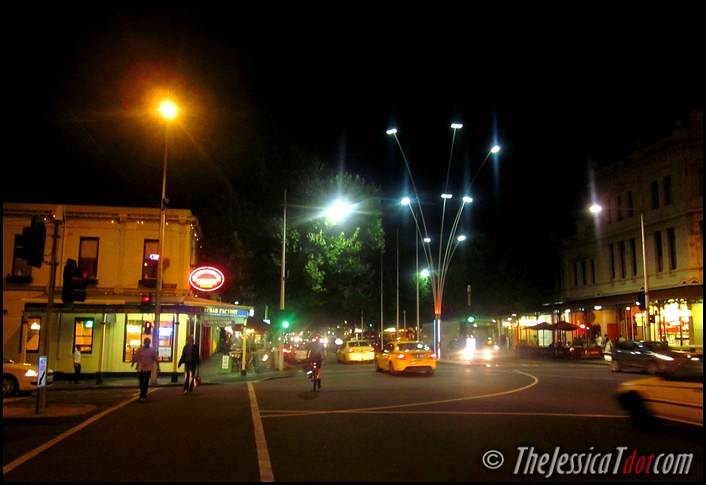 We were there for quite a bit!

Heaps and heaps to catch up and talk about :) 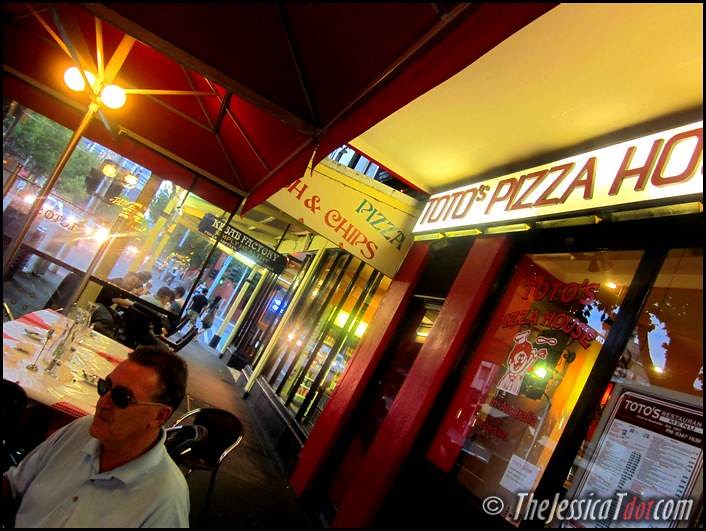 We decided on Toto's Pizza House with her recommendation! 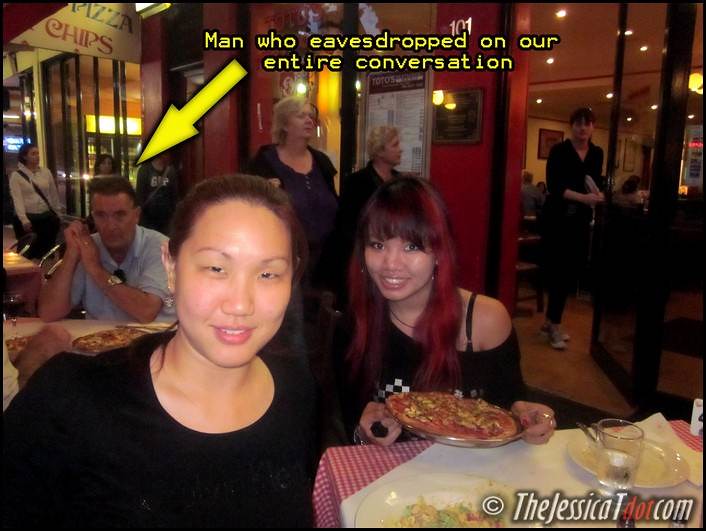 Alexis and I when our pizza arrived!

Oh and about the man? I'll tell you later 😉 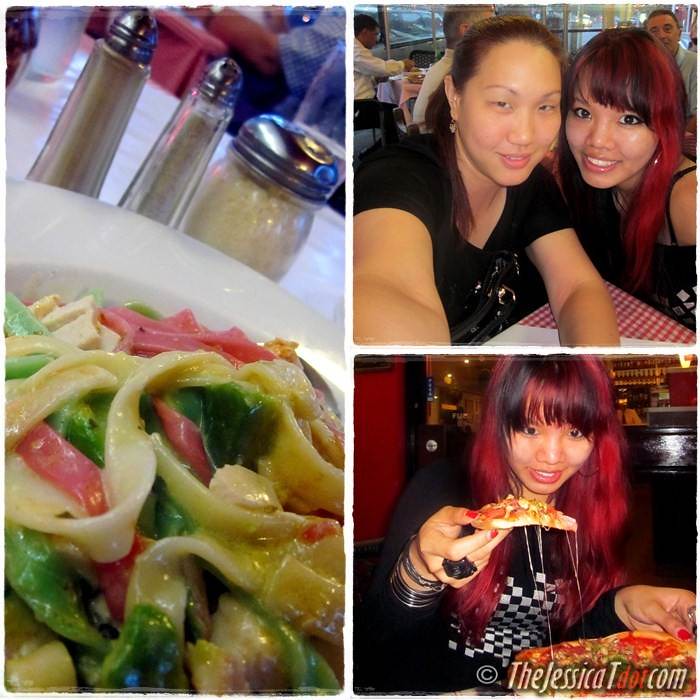 and a medium sized pizza! (I forgot what flavour/toppings) 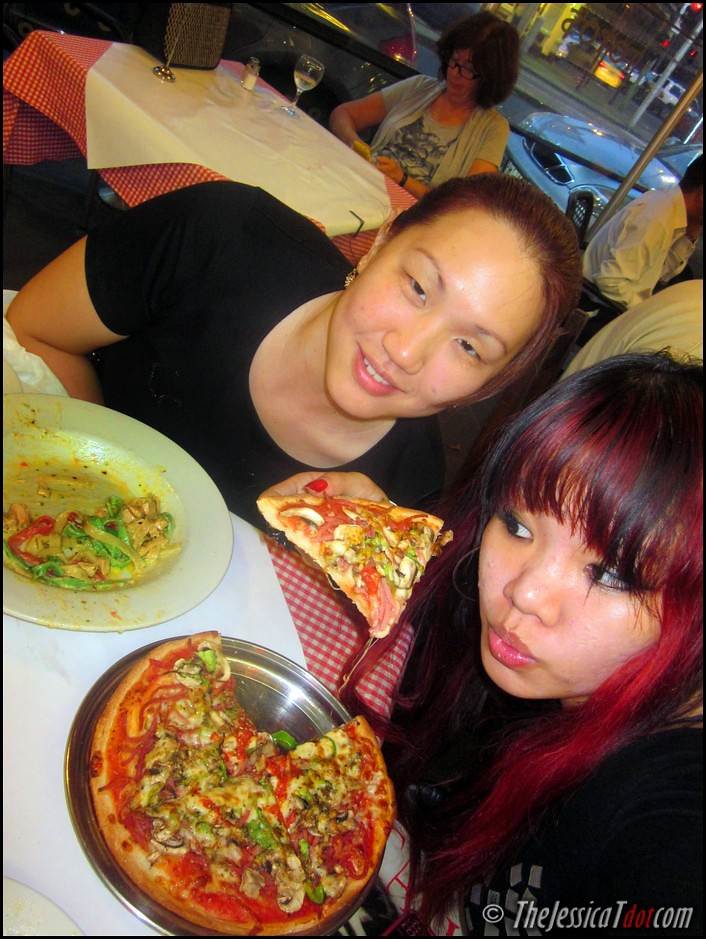 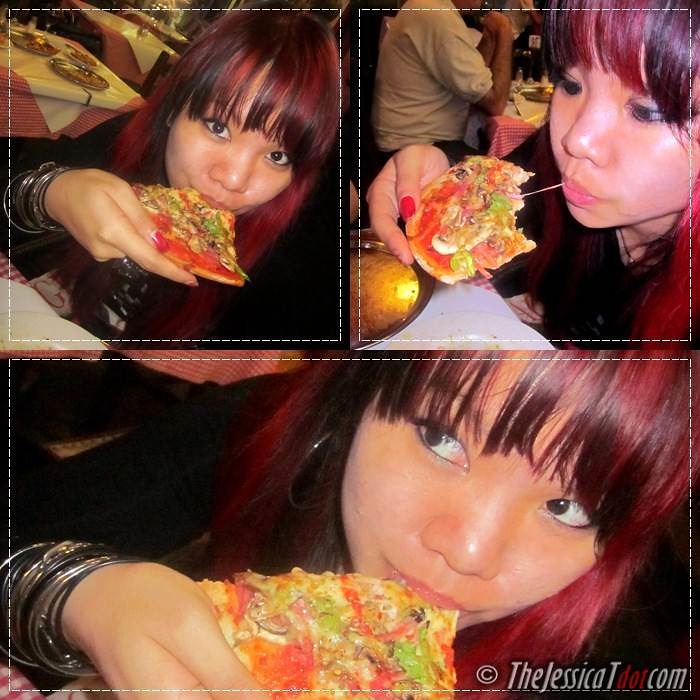 Some greedy snapshots of me busy nomming the pizza! 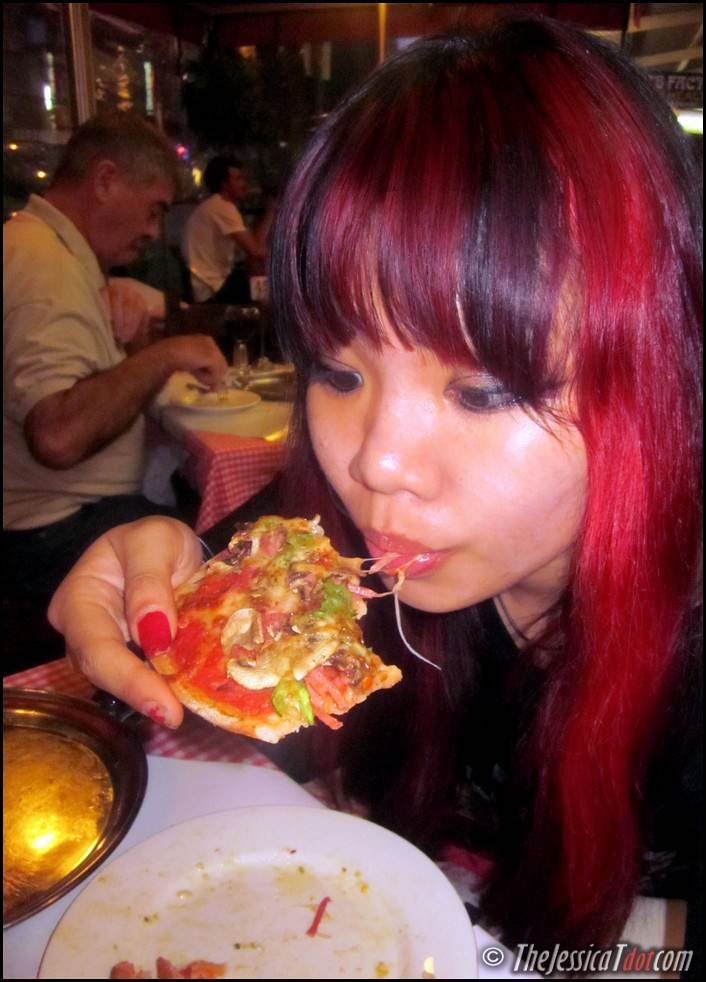 Yikes! The cheese was so springy . Best while it's still hot!

Okay, I'll tell you about that man now.

We finished dinner chitchatting and when we were just about to adjourn, he tapped me on the shoulder and said :

Nice to know you girls are from Malaysia. I've visited Malaysia once and it was beautiful

I'm going there to visit again I love the food there… I know KL, your capital city….

you're both Chinese Malaysian, then you should be able to speak Hokkien,

since you both are from Penang,

you also have three main races… *continues rambling on

And he continued "responding" to whatever Alexis and I's were speaking of in our earlier conversation.

Good grief. Looks like he was listening to us all the while! >__<" 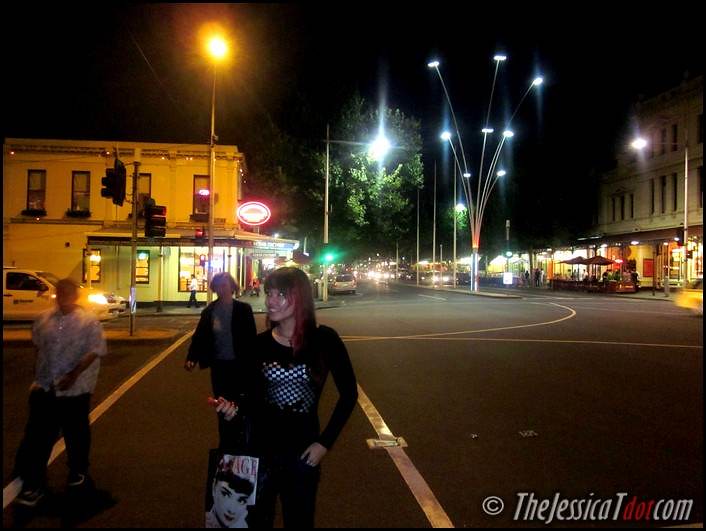 I'm in the middle of the road!! 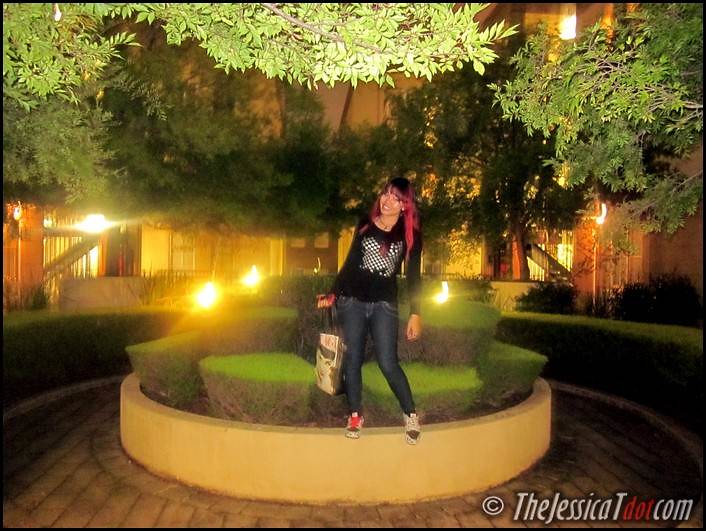 And back at Alexis' crib. Her residential area had a really pretty garden, especially when lit up!

Goodnight! I miss you, Australia. See you in 60 days!