It was yet another wicked night of uplifting and progressive trance anthems setting the mosh-pit on fire.

Despite being a rather wet night, it proved no wet blanket for ravers and EDM party punters to continue storming ahead to Club Neverland for a cosmic blast to kick-off their weekend. 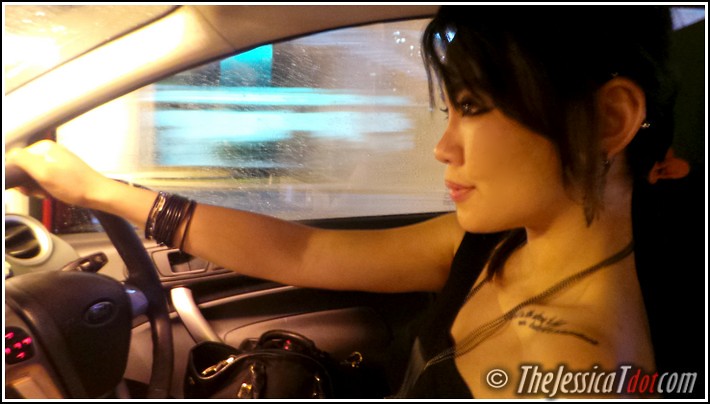 It certainly didn't stop me from making my way there, that's for sure.

Thank you, Wicked Entertainment, for the invitation! 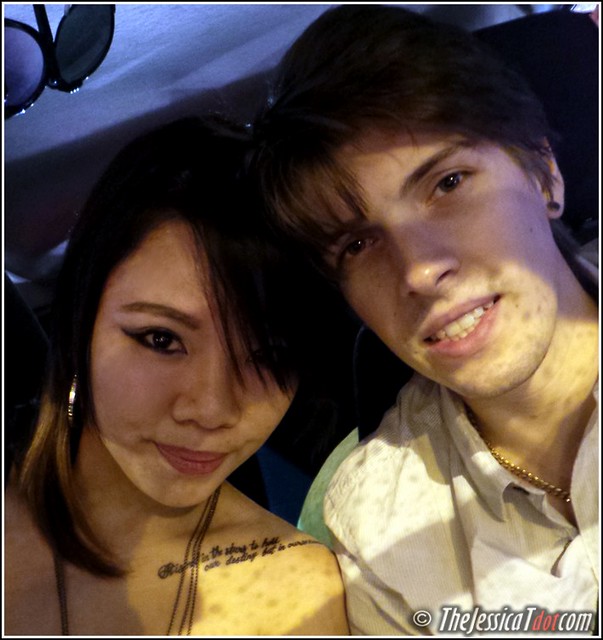 With my other half, all ready for a great party ahead! 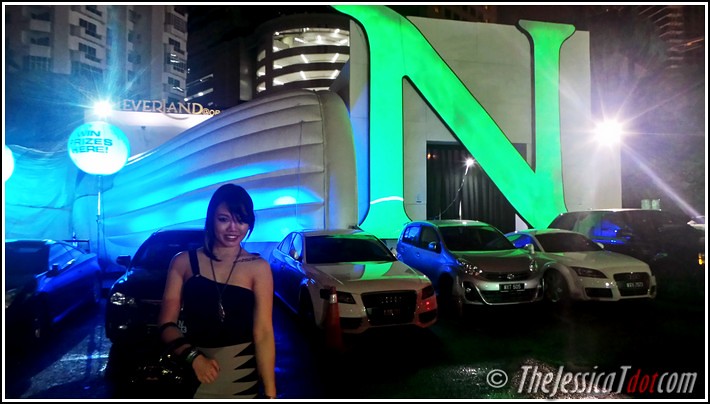 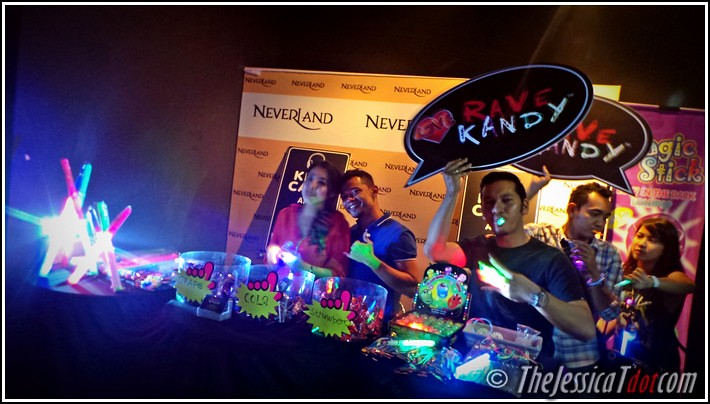 Upon entering its premises, I spotted pretty cool rave gear being sold by Rave Kandy! 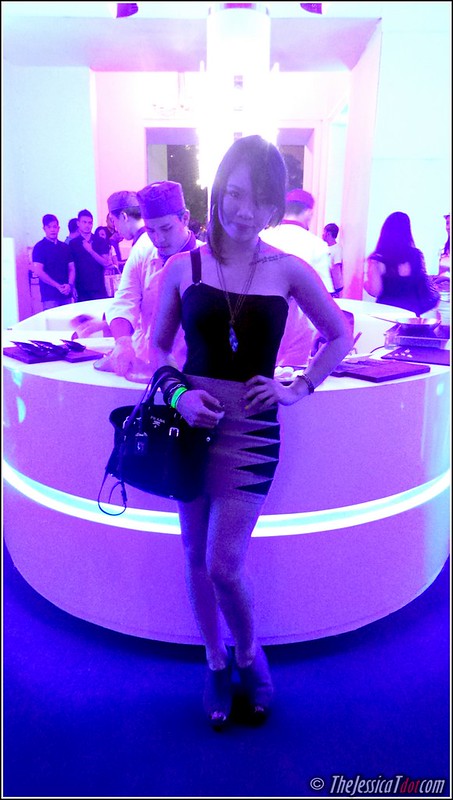 As I arrived rather early, I got to catch the opening acts for the night.

Our very own rising nu-breeds, B.A.T.E (Brains and the Eye) as well as Captain Ed (C.Ed) in action. 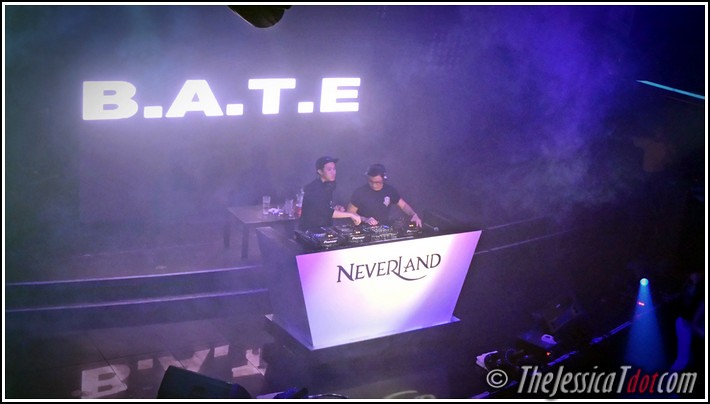 Our opening acts did a great job in turning the temperature up as early as 10pm.

With their booming sounds of disco, techno, big room and electro, they blasted various tracks from the likes of W&W, Hardwell, Zedd and more! 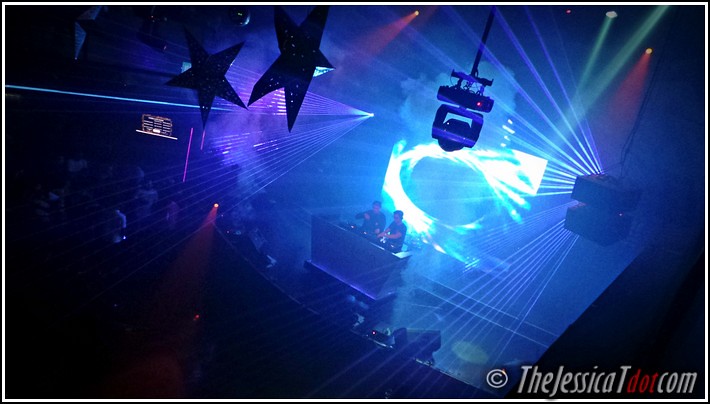 More and more people began to fill the dance floor as the night unfolded.

I took a step out for a breather and managed to take some photos with my buddies. 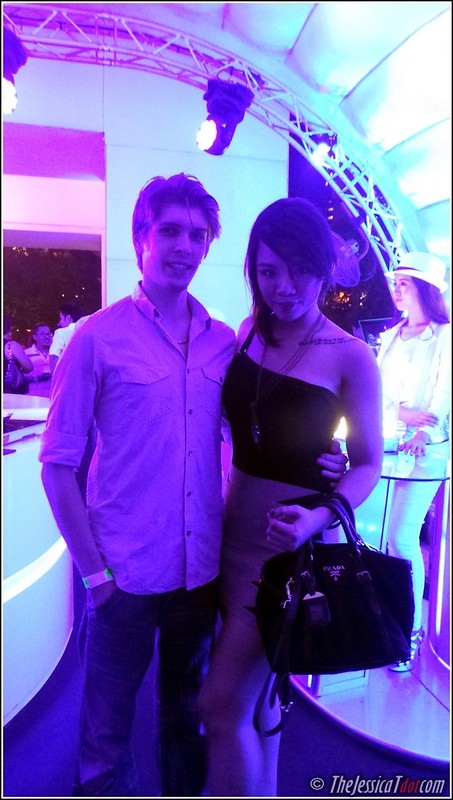 Us at the entrance, where all the activities and games were ongoing.

We didn't manage to win ourselves anything though… boo! 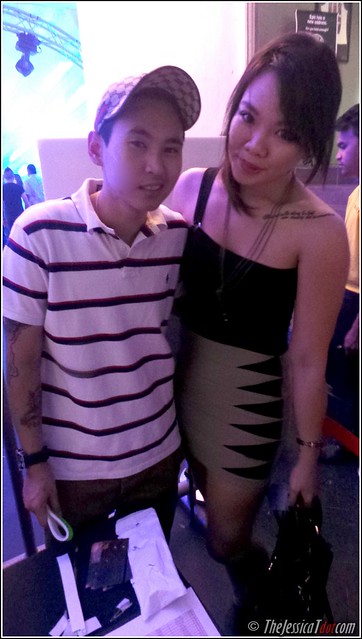 Kim and I at the entrance 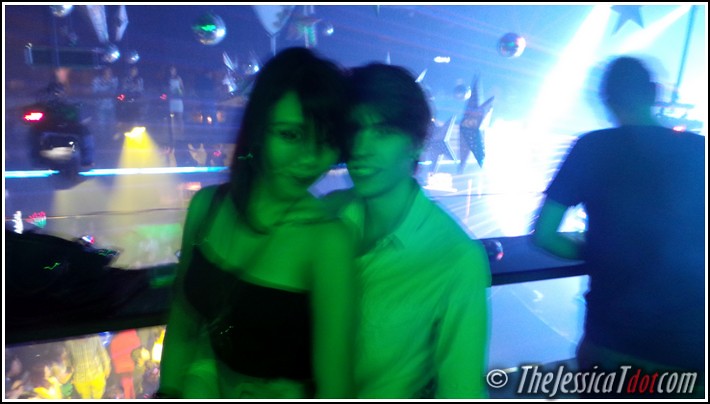 We went inside and back upstairs at the VIP deck again and grabbed another round of drinks. 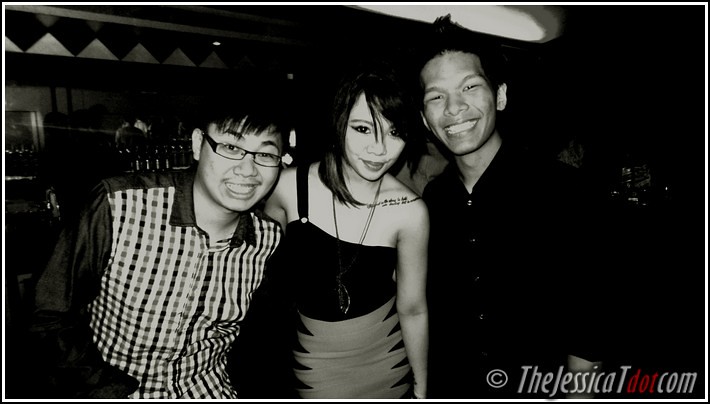 With more of my buddies Ryan and Sam! 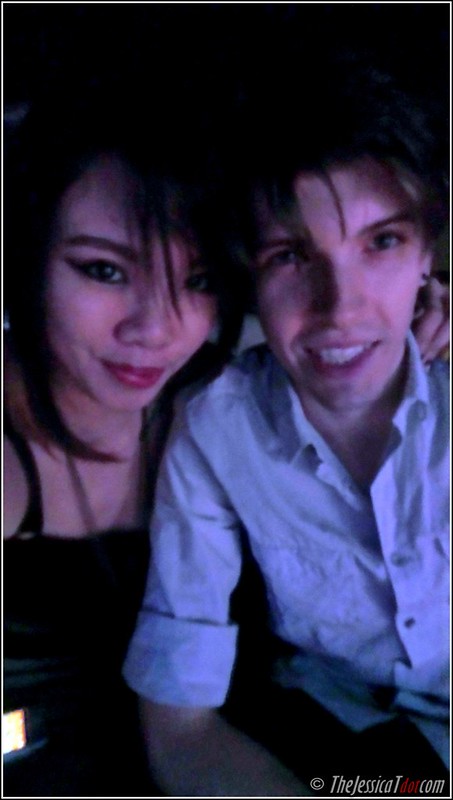 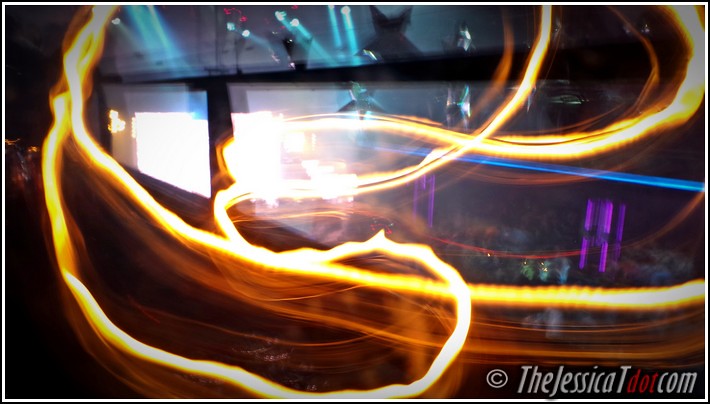 At 1am sharp, it was time to turn our party dial a notch higher.

Our superstars of the night, Cosmic Gate took over the decks in style and rocket-launched us to euphoria. 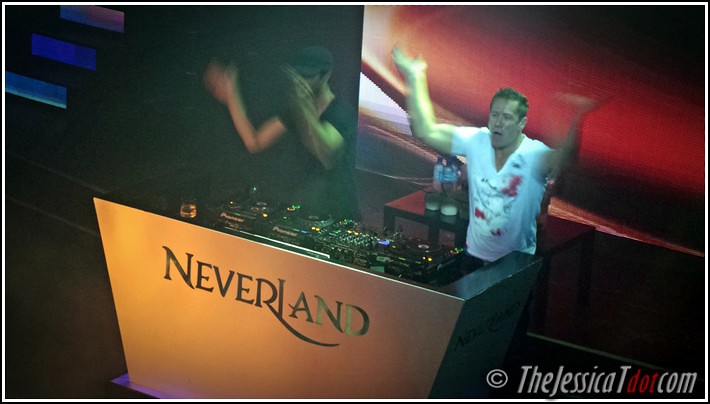 The dance floor was packed as ever.

Even upstairs, where I was, was full house! 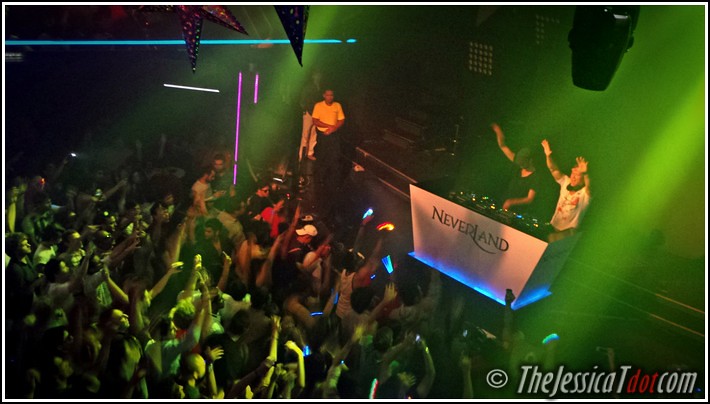 These German duos really know how to kick a party into immeasurable levels,

especially when they played 'Be Your Sound'. 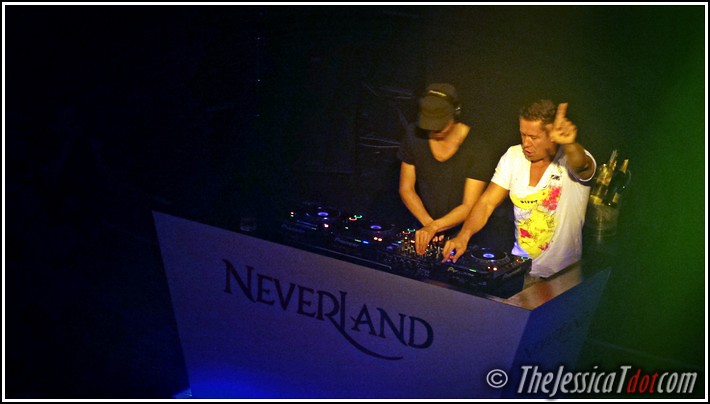 The energy was infectious and kept building like there was no tomorrow! 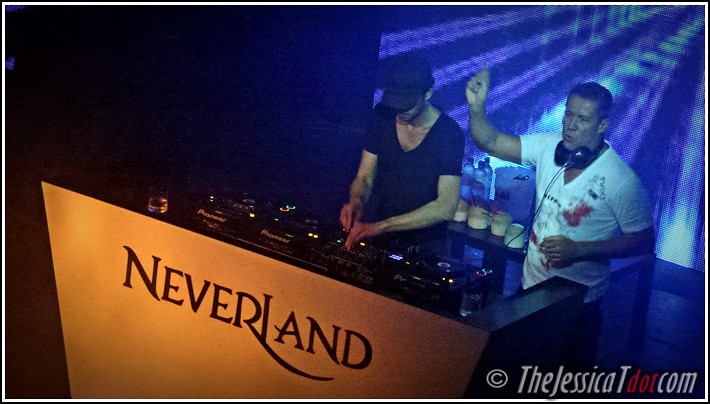 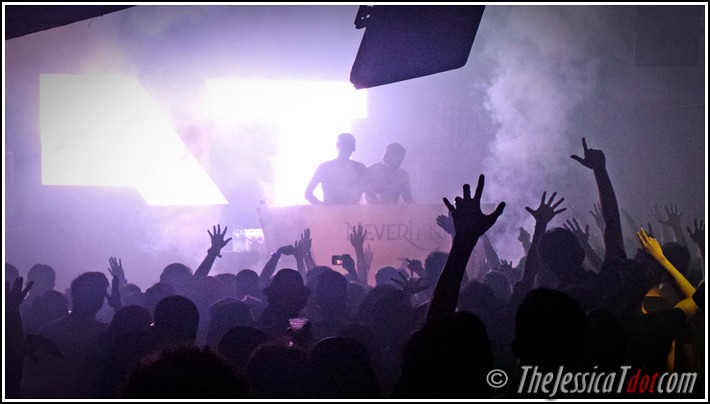 Pretty sure everyone present would agree!

Jun 8, 2013 | A lil snippet of my fave song 'Be Your Sound' from @realCosmicGate live at #ClubNeverland last night! ❤ by imthejessicat on Keek.com 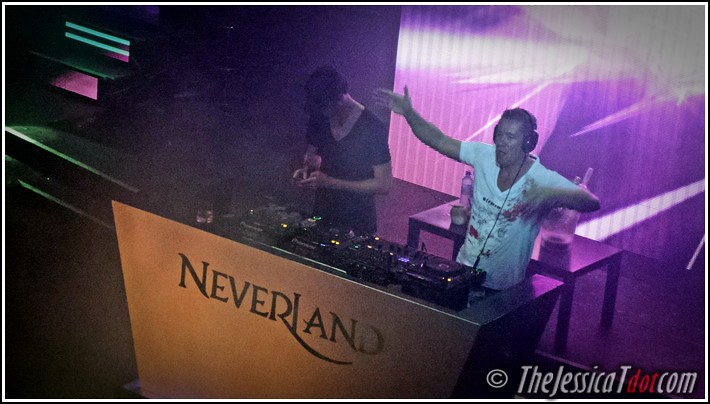 When their set hit a halfway mark at a little past 2AM, a loud bang was heard followed by a burst of confetti filling the air with streams of shiny paper and colourful bits.

It was raining with colours and sparkles for a good one minute! 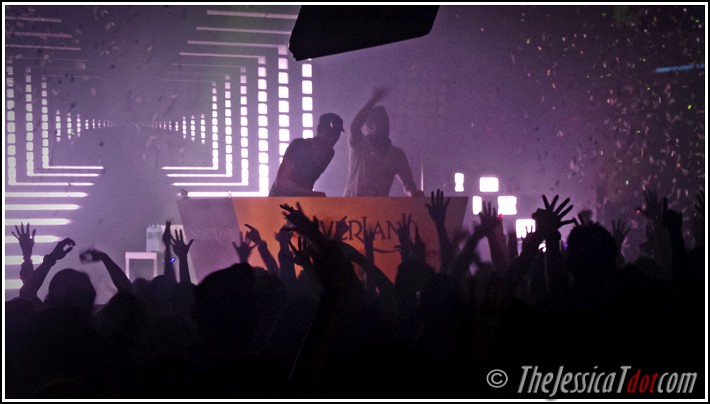 A thunderous applause and wolf-whistles were heard from the mosh-pit!

The music was not only superb, but the lighting and sound system were flawless! 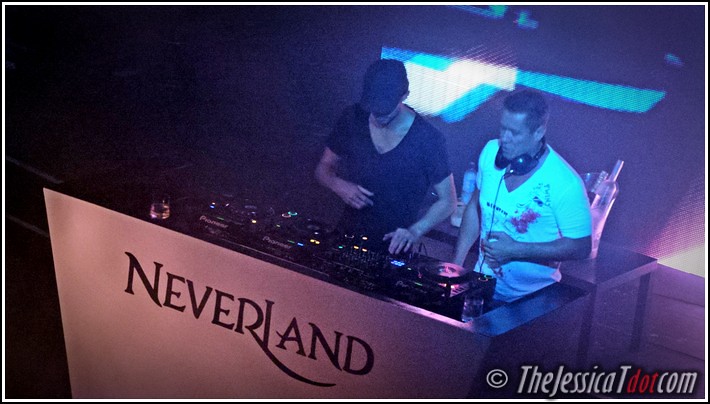 I absolutely loved their remix of Above & Beyond's 'Thing Called Love' and Hardwell's 'Spaceman'.

Jun 7, 2013 | Awesome remix by @RealCosmicGate of #Hardwell's 'Spaceman' and Above & Beyond's 'Thing called Love'! ❤ Rave on! by imthejessicat on Keek.com 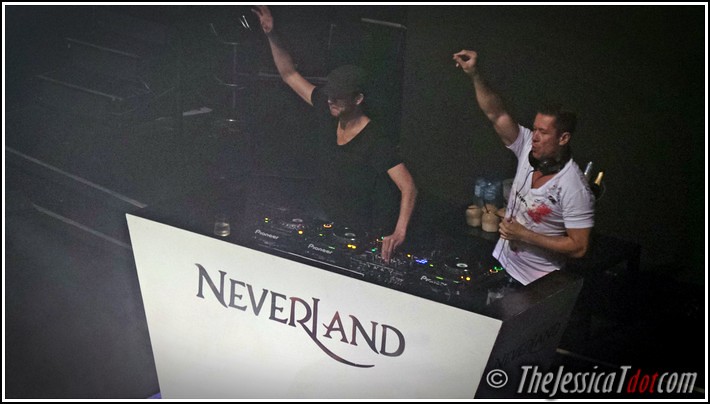 We left a little before 3AM to avoid the massive lockdown at the carpark.

But as we came out, we saw that here were very efficient RELA cops (for my non-Malaysian readers, these are paramilitary civil volunteer cops!) there to assist with the traffic, ensuring that partygoers were able to leave the premises without much delay. 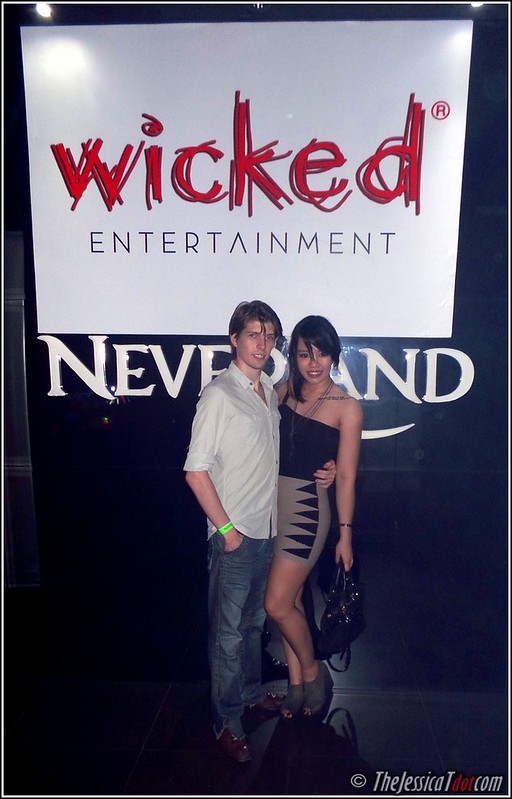 Tonight's entertainment was brought to you by Wicked Entertainment and Club Neverland KL.

Thank you for giving us an great  time

It was progressively hard-hitting, as it was vocally serenading.

I felt like I was taken to different spheres of the universe! Here's a short video I made of the night. 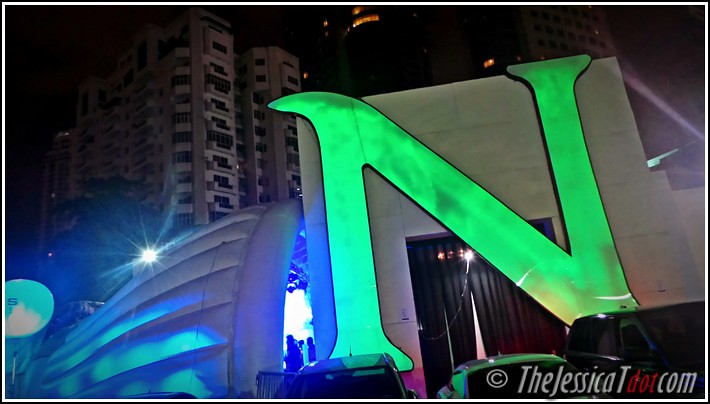 Leaving the club at a little before 3AM 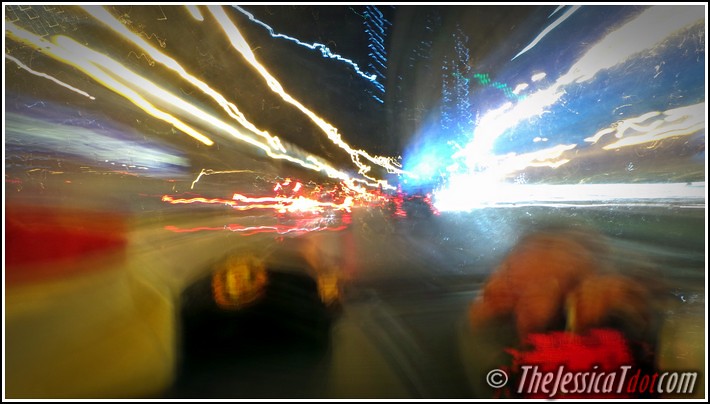 I could still feel Cosmic Gate's bass-jacking, heart-stopping tracks on my way back

It was indeed, a night to remember.

To stay updated on any forthcoming Wicked Nights club series of parties, you can: