Weekend with a mysterious device – REVEALED! Say hello to my Nokia Lumia 925.

Remember my weekend spent in darkness?

It was spent in the city after sunset, going to a dimly lit massage & spa centre, eating out late at night, partying at Zouk Club KL. Blog post: here

As expected, I would always never get decent photos of my nightlife with just my mobile phone… but that weekend was different. With my new sidekick, I managed to snap awesome photos to remember my weekend! 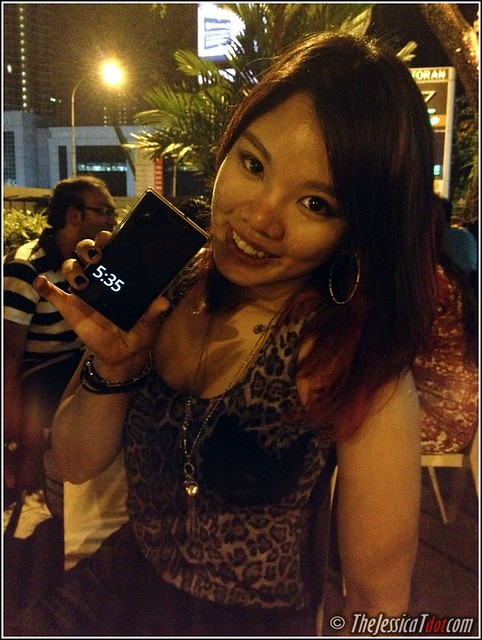 Did you manage to guess what new gadget that was?

If you didn’t… allow me to reveal its identity.
Drumroll please.

Say hello to the very special, tiny yet mighty gadget, the: NOKIA LUMIA 9

Yup, this is Nokia’s latest smart phone.
One that prides itself on its low-light photography abilities!

I’ve been with my new Nokia Lumia 925 for more than a month now and I must say I am truly impressed with it.
No matter how much technology has advanced, no matter how many gadget brands come up with crazier and crazier mobile phones and no matter which smartphone is the mainstream favorite now, truth is, I’ll always be a Nokia girl at heart.

Getting a little nostalgic here, but my very first cellphone was a Nokia.
It was the legendary, invincible, meme-popular and crabshell opener (LOL) phone: 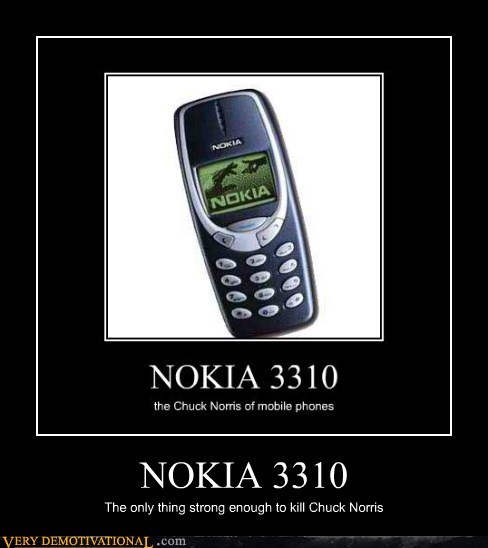 After that phone served me for a good few years in primary school, I moved on to something cooler – the Nokia 3315. Then, when everyone at school had coloured screens and polyphonic ringtones which were all the rage back then (Gosh I feel old now), my parents got me the Nokia 3100 – in light pink!

Someone then stole it from me in a shopping mall and I was so heartbroken. 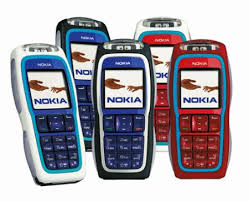 My godmum came to my rescue and since I loved Nokia so much, she bought me the Nokia 3220.

That, to my best memory was really cool! The sides would light up and glow in the dark whenever my phone rang!

My then-boyfriend had a Nokia too; it was the Nokia N-Gage. We spent lotsa time playing music and mobile gaming on his phone! It was top notch in the market for its sound system too at the time. 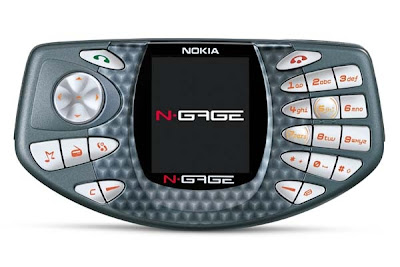 In college and university, I was bitten by the smartphone bug and switched sides after winning one in a contest.
Who would have known 12 years down the road after my first love Nokia, I would be proudly using a Nokia once more? 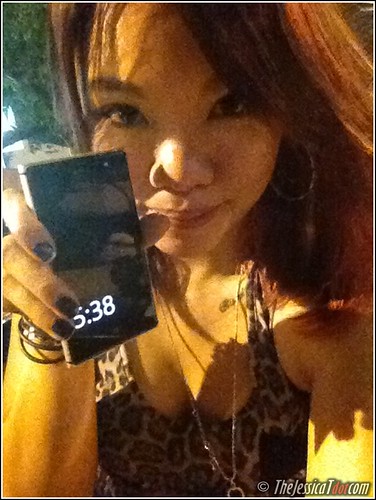 I was smitten all over again, I tell ya.

At a glance, the Nokia Lumia 925 has a very pretty display and looks amazingly slim, sleek and stylish.

I loved it smooth metal finish and shiny silver body. The look and feel was just spectacular. 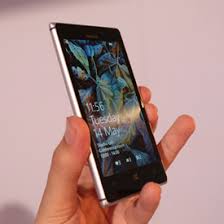 You really should hold one for yourself and feel the difference.

In terms of user experience, its display was sharp, crisp and sported bright and strong colours.

The transition from page to page was smooth and I found myself switching between screens and apps flawlessly. 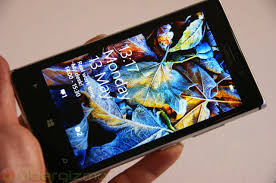 I use a Windows 8 computer so I was practically soaring through the Nokia Lumia 925 like a breeze.

Everything, including the apps and icons on the homepage are all customizable too!

On to its ground-breaking, jaw-dropping camera capabilities.
Here are some very fascinating facts about Nokia’s camera smartphone capabilities.

It is of no surprise that the Nokia Lumia 925’s wondrous camera can take such captivating photos, especially at night as it has 6 physical lenses and uses Carl Zeiss optics!

In fact, I actually took two photos at the exact same moment and exact same place with: my own smartphone V/S the Nokia Lumia 925 just to compare the two images taken and I was shocked at the difference!
Take a look: 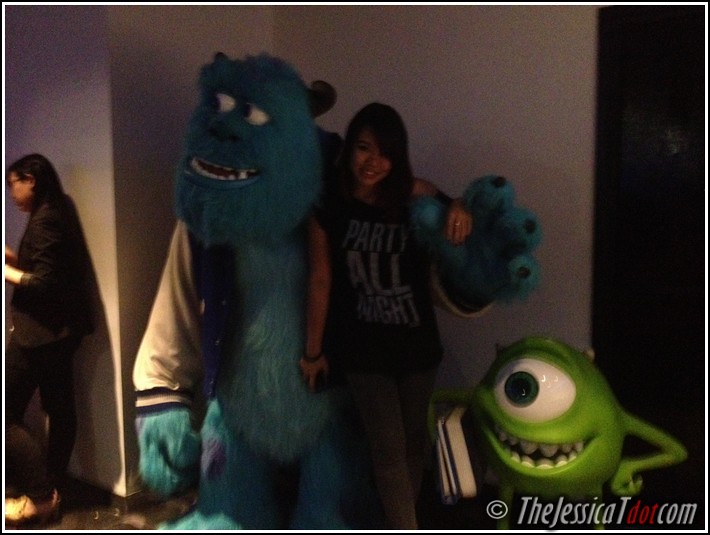 Photo takenwith my own smartphone

(pretty obvious which phone, eh? Clue: you probably have the same phone) 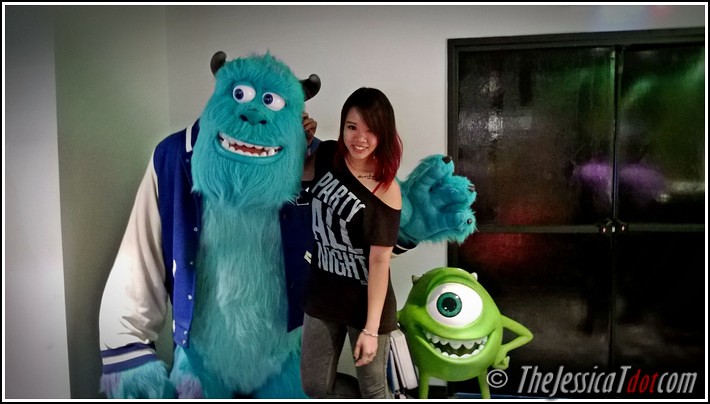 Photo taken with the Nokia Lumia 925.

Unbelievable, right? No editing done on both photos btw! 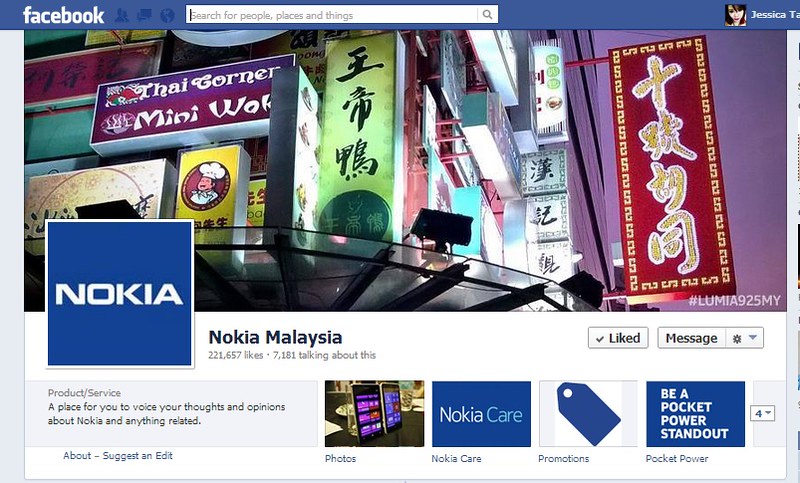 It came as a surprise when my friends informed me that two of my photos taken with the Nokia Lumia 925 ended up featured as the cover photo for Nokia Malaysia’s official Facebook page! Squeeee!

Here they are. Thanks for the shout out Nokia! 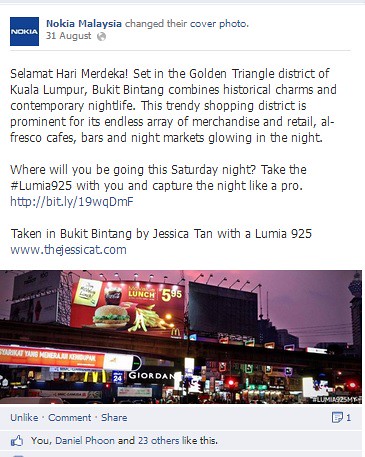 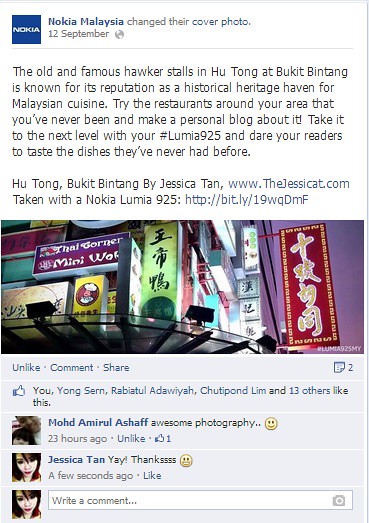 I guess it really shows how gorgeous the photos taken from the Nokia Lumia 925 can turn out to be!

I’m trying in vain to be subtle here LOL but take a look at this comparison.

Check out this ad which speaks for itself.
I myself own both these phones and I can totally vouch for this.

And don’t get me started on the built-in photo editing apps that comes with it!
It was so much fun playing and experimenting with its revolutionary camera. 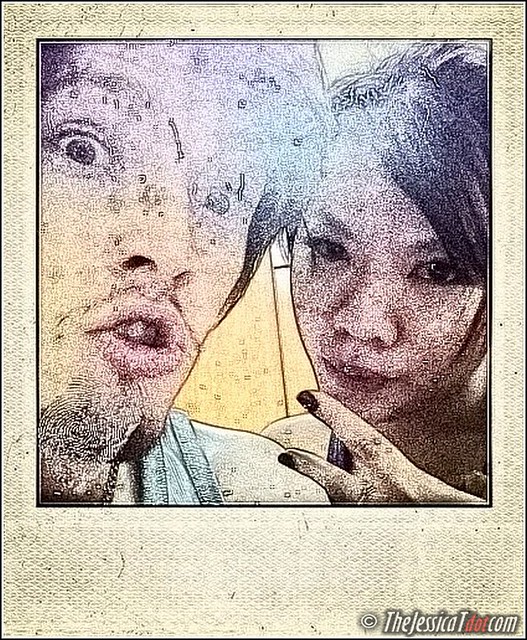 I loved how the Nokia Lumia 925 can instantly snap photos with just a tap on the screen too.

That way, it auto-focuses on the tapped spot and brightens & illuminates the photograph sans the grainy noise.
The result? A much clearer and brighter image even under terrible, dim lighting!
I wonder how they come up with such a technology. 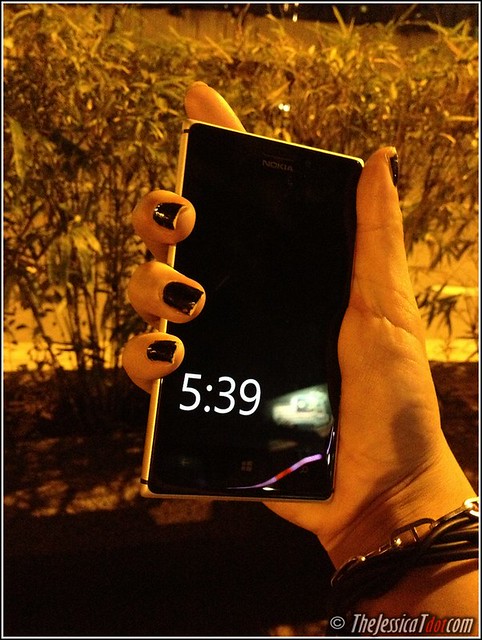 With a camera like that on my mobile phone, I wouldn’t need to lug  my heavy camera anymore, eh? 😉

Check out this very interesting and informational video to see how the
Nokia Lumia 925’s camera works and its camera user interface.

Check out some of the other types of photos that I’ve snapped with my Nokia Lumia 925 on very, very dim lighting.

From self-shots, to indoor ones, to food and many more! 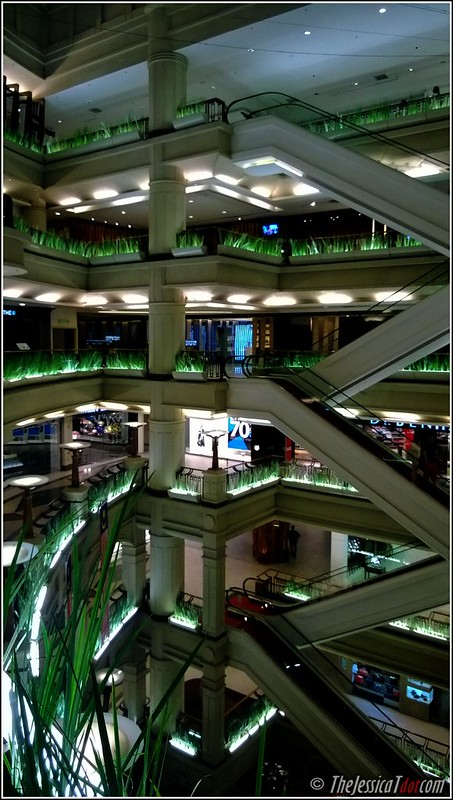 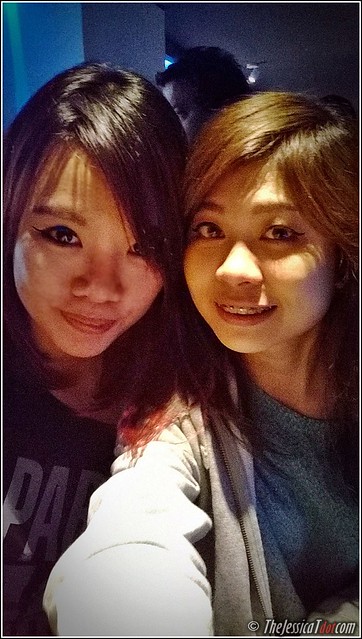 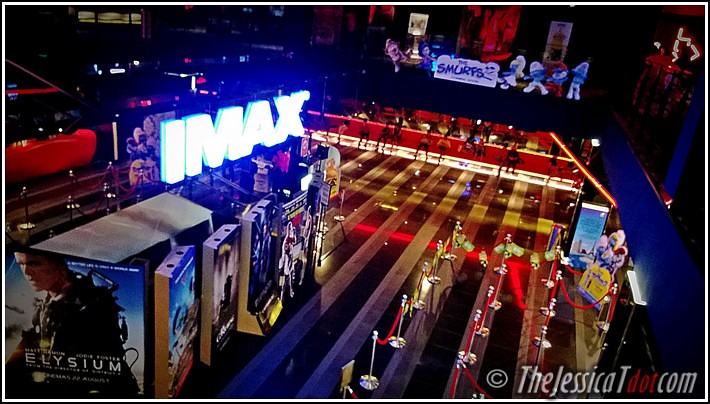 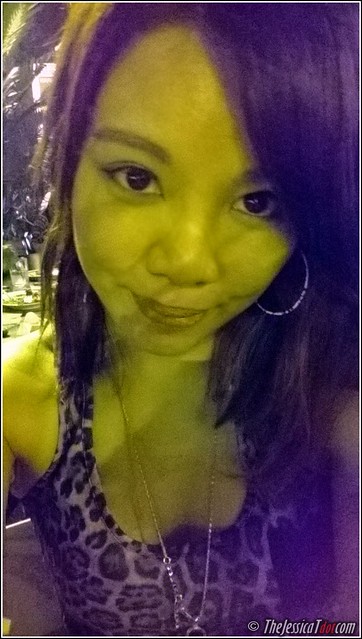 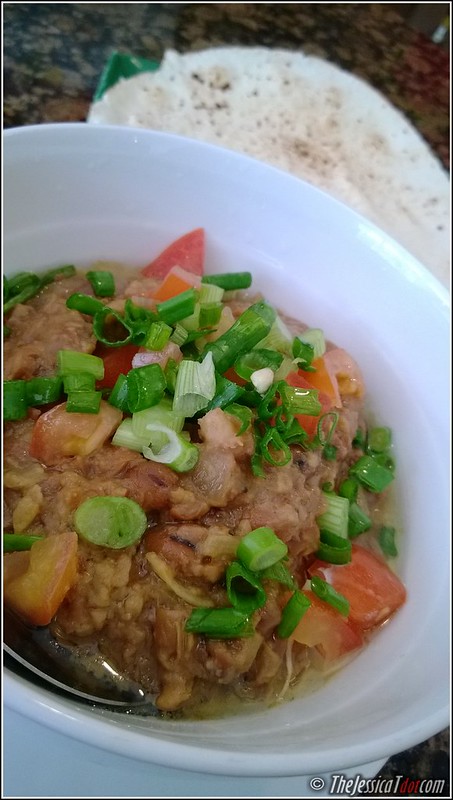 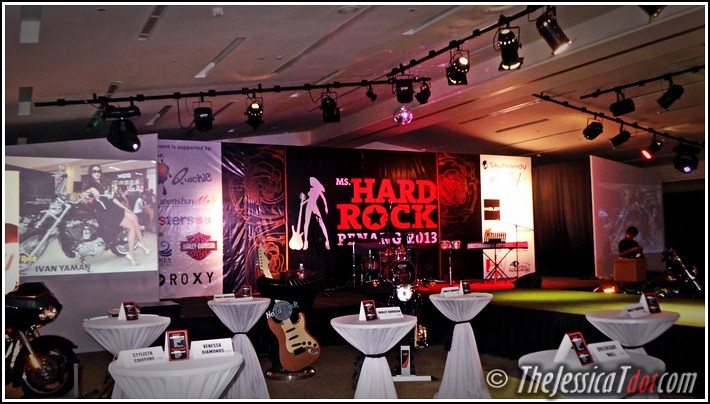 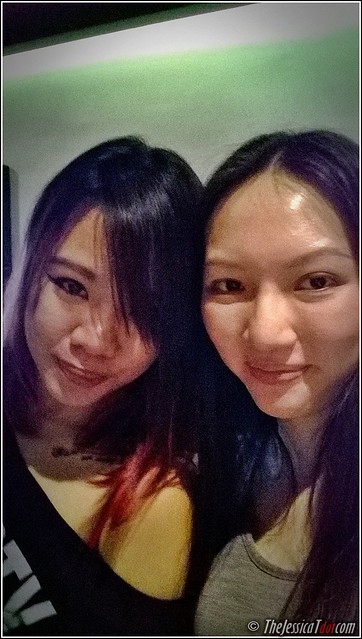 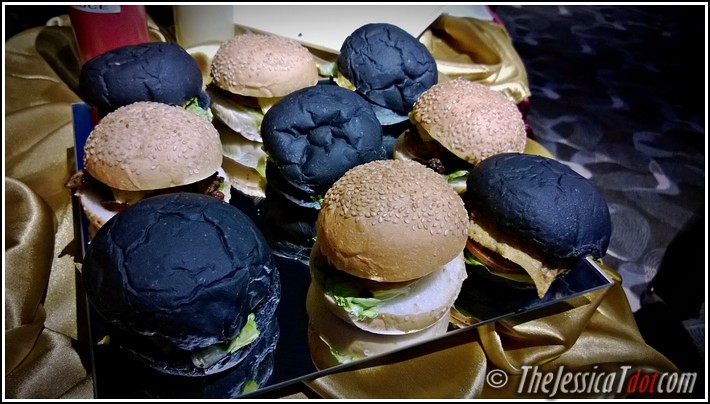 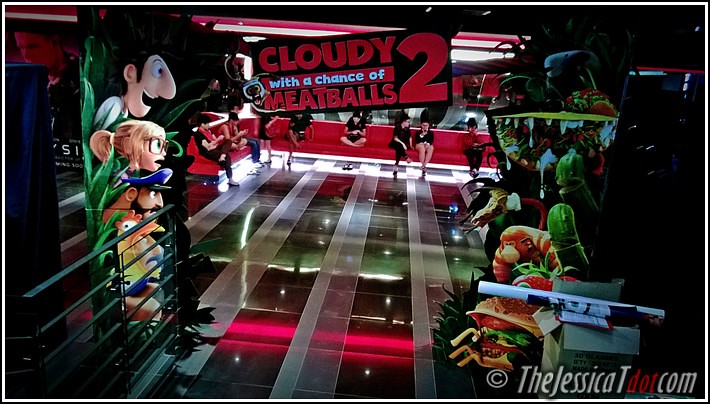 Many of you have been telling me that the only setback of using a Nokia is that you would have to say goodbye to Instagram, as Nokia’s operating system, Windows 8, did not have an app for it.
But guess what?

Admittedly, I was out of touch for a while. But not only did Nokia’s incredulous progress and change impress me by tenfold, its interface, features and capabilities made me swoon.

Its user-friendliness and remarkable battery life, however,

remained the same – just as I fondly remembered it. 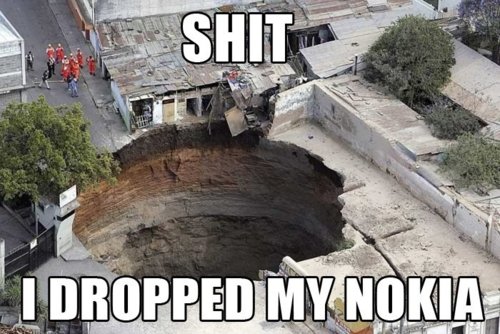 I also used the Nokia Lumia 925 a lot for browsing. The loading time was short and the pages, images and text rendered very smoothly. I did not experience any lag.
Calling and texting was a piece of cake too – the clarity and reception were excellent.
In terms of media playback, like its sound, music and videos, I was very happy with the quality both with and without earphones. 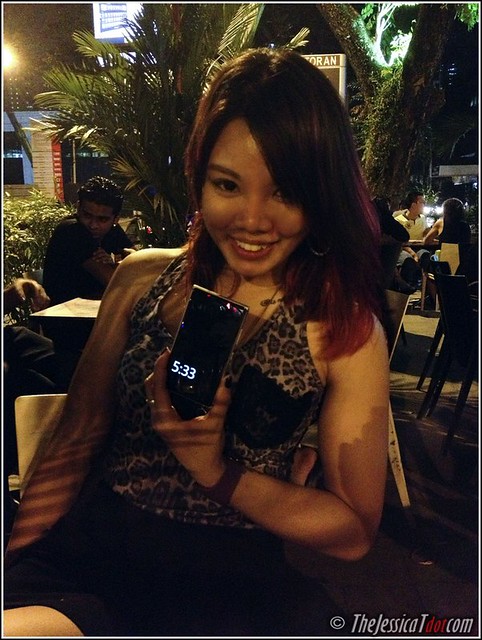 For my tech-savvy readers out there, here are the specifications:

I am so ecstatic to be finally using a non-mainstream phone once again.

One that I daresay is probably better and kicks ass harder than all the other smartphones out there.

Can your mobile phone do that? 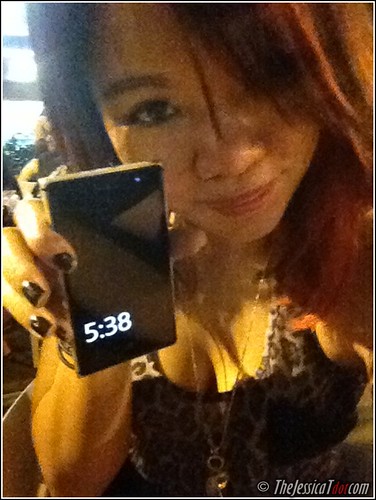 Overall, it’s powerful, vibrant and smooth on the inside and extremely light and classy on the outside.

For a girl very particular with gadget aesthetics like I am, this Nokia Lumia 925 is certainly more than just a pretty boy that blew me away. 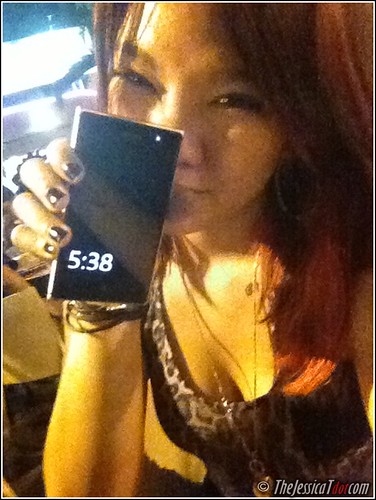 I think I’ve just fallen in love all over again.

For more information (as if my gloating about this phone wasn’t enough!) on how you can experience a Nokia Lumia 925 like no other, log onto www.nokia.com.my for more details about this prized possession.