"Best friends are people you know you don’t need to talk to every single day.

You don’t even need to talk to each other for weeks,

but when you do, it’s like you never stopped talking"

If you've been a reader for several years, you'd know that I have two best friends in life.

Unfortunately, I hardly ever get to hang out with one of them anymore. Who is she?

The most recent photograph of us during Oktoberfest 2012

Us at Hennessy Artistry Penang 2012

Got ourselves matching shoes from Pedro last year!

Two years ago at World Cup 2010 – clearly we were both rooting for Spain!

Shared passions and interests? We have many to boot.

BUT due to our busy schedules, distance, workload and time apart from each other gave us no possible circumstance to meet as often as we used to. I know you might say, if you guys really wanna meet or hang out, ya'll would make the effort to.

Made a point to meet up right after we both came

back from our studies in the UK & Australia in 2011 respectively!

Lately, we've been thinking of having a baking sesh at her place or even just spending a girly time shopping, painting our nails, sharing the latest, juicy gossip over tea time, enthusing over the latest collection of designer bags and gorgeous high heels, karaoke session and having some coffee & dessert out in the city. Until… 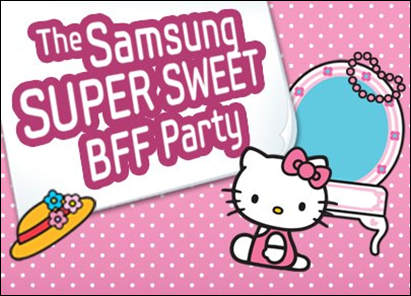 When I received the invitation for this event, I was stoked

I can invite her to join me for a lovely afternoon out for a girly affair, in conjunction with this launch of Samsung's Galaxy Y Hello Kitty limited edition smartphone.

So.. what will we be doing at the party?

There will be a screening of 'Rise of the Guardians', a manicure session, an airbrush tattoo session, a make-up makeover session and so much more!

We're basically going to have an awesome girly time together, catching up, take lotsa pretty photos (of ourselves, no less LOL) and do things that best buddies do!

I think we deserve it, no?

Samsung's super sweet party for BFFs is certainly not to be missed, especially if you're a fan of all things Hello Kitty!

If you've noticed, I'm actually a huge fan of Hello Kitty. I've no idea why I used to detest Hello Kitty so much during my pre-pubescent years but looks like I'm just a late bloomer in the Hello Kitty craze after all. 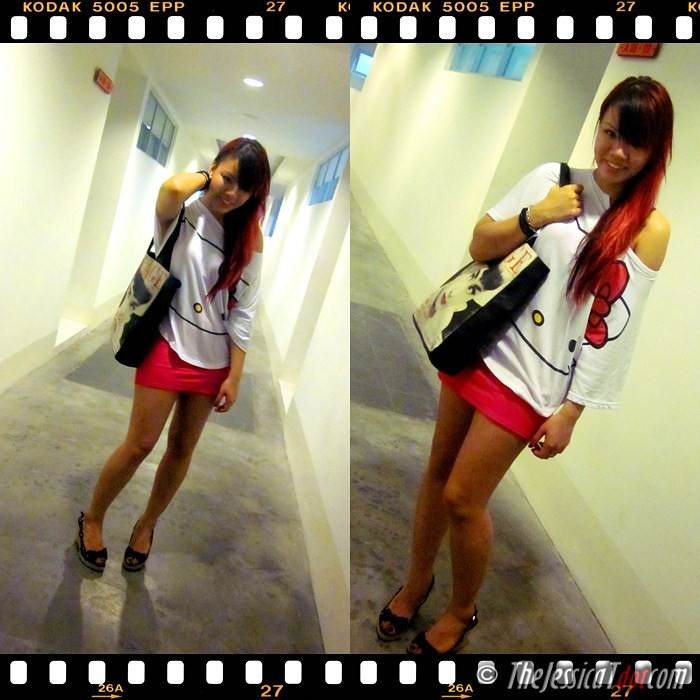 I miss my long red hair! Also, there are 10 free phones up for grabs at the event, so make sure you put on your best Hello Kitty outfit/look/accessories anything to win Best Dressed! 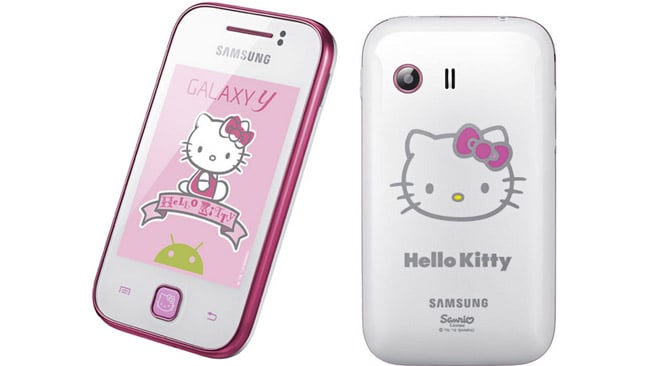 The Samsung Galaxy Y Hello Kitty edition is full-featured smartphone which has access to Android apps for social networking and messaging!

You won't ever lose touch with your bff anymore, that's for sure

Our much younger selves. It's been too long!

So, have you got a BFF that you'd love to spend a day with catching up as well?

Hope you have a blast with your bestie this Saturday! I know we will