So I totally missed the previous 7aste party held in Penang! Was already supposed to go for it with my homies after RSVP-ing a "yes". That one was held in 32 The Mansion and I was already looking forward. The whole feel of sophistication of their image makes me feel like living the experience for myself 😀

But remember I had to head down to Singapore for Formula One (F1) Grand Prix?

Yeah. So that was why I had to give this particular installment of 7aste a miss! 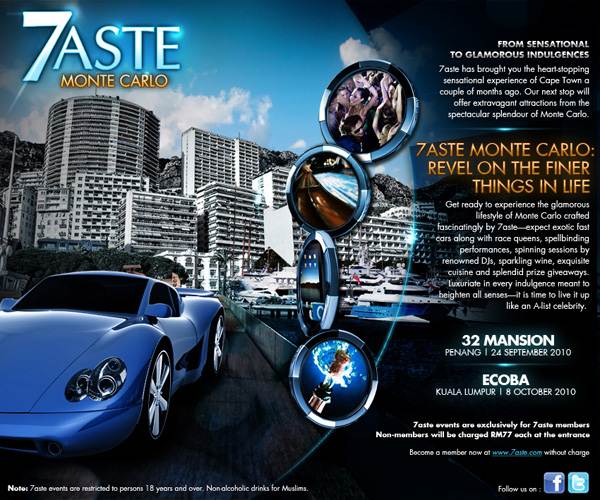 But now guess what! Found out that 7aste Monte Carlo is coming to KL instead! Yays!

Must.go.totally! 😀 Lucky me, as it's pretty close to where I live.

Oh yeah before I forget., I'd suggest you pre-register yourself at their flashy, dramatic webbie www.7aste.com cos if not, ya gotta pay 77 bucks upon entry. Yikes!

See you there party peeps!