Here’s some food for thought to break your mundane weekday routines when you’re at work, college, school!

Okay… let’s spill the beans. I know all of you swear, or at least.. most of you do. Now don’t try to pull an innocent look! Hey don’t feel bad, everyone curses… it just depends on the severity or degree of profanity to what you actually say. 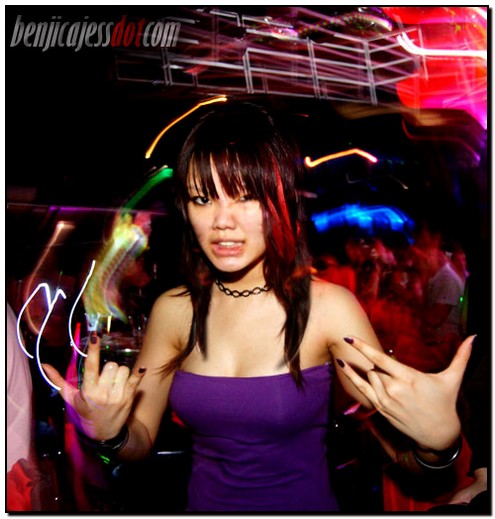 This is how I look when I swear WTF

If you were walking halfway down the street and suddenly a bird conveniently decides to fly by and drop poo onto your head, thus staining your favorite white T-shirt

WHAT DO YOU INSTINCTIVELY SAY ?

To be entirely honest, unless you’ve been living in Uranus or deem yourself too refined to spew them, those are among the common words used by everyone across the globe in the 21st century.

Everyone on Twitterverse nowadays has Tweets which contain a certain degree of curses in it. Believe me not? Well, see for yourself on what the whole world has to say 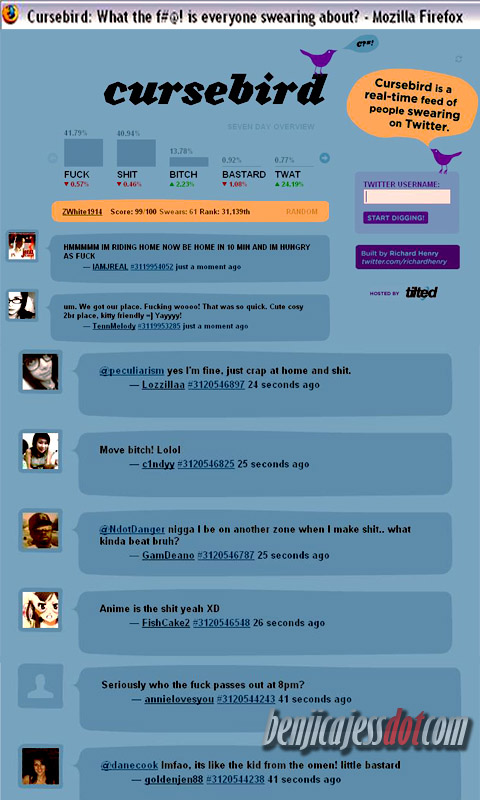 Now that’s something interesting I’d like to share. Betcha didn’t know about it ey?
It’s something called Cursebird. A website that’s actually investigative enough to pry on your every vulgarity and swear words. And it’s a live feed! Pretty interesting to see what people are cursing their heads off about.

And that’s not all. I’ve also found out something else which caught my eye. There are actually SwearBots on Twitter. No, not Autobots… but SWEARBOTS. Funnily enough, there’s TWO OF THEM. Yuppers.

@swear_bot
The main diffie between them is that one swears like a running tap and the other reprimands you for swearing. Interesting. Click on them both to find out how hilarious their tweets are!

Anyway just like everyone else, I’m a heavy user of Twitter too. Oh if you haven’t followed me yet, look me up at @benjicajess and do follow me yea? 🙂

Anyway, being curious and all.. I obviously wanted to check out what Cursebird has to say about me. And.. it has spoken!

IT STATES THAT I SWEAR LIKE A SCOTTISH COMEDIAN.
(which technically means I don’t swear much at all?)

Seriously, this is fun when you’ve got some time on your hands.

Go type your Twitter username & check out what you swear like
www.cursebird.com
TELL ME WHAT YOU GOT!! I WANNA KNOW!

Hey, it’s better than Googling yourself!