I loved my weekend, probably one of the most crazy and fun-tastic weekends I’ve ever had! It was awesome that my blogger pals and I get to spend the weekend together!

*makes silly faces at JoshuaOng and Yatz* Aww.. you guys couldn’t join us? =P But all of us saw u in aprons! ahahhahahahah

As I was the host for their roadtrip down to Penang, I made sure I took them to all the places that spelt PENANG! Well, obviously no one can cover the whole of Penang in just a short weekend, but at least the bare necessities was over and done with!

We went to Campbell Street and Penang Road for street shooting, as they had old buildings with authentic architecture to boot! What’s more, the infrastructure reminds you of Chinatown.

I then took them for lunch at a popular traditional Chinese coffee-shop – famous for its ‘Char Hor Fun’ and ‘Stir-Fried Rice’.

It was humid like no one cared. Owells, Malaysian weathers. ^_^

diese & I
Thank goodness for shades!

However, the sweltering heatwave did not discourage us shutterbugs to continue our street shooting around Penang. I took them around the LiL India where the Masjid Kapitan Keling stood.

It’s a beautiful mosque for those not in the know.

Beautiful till Domo reached for it

Unfortunately, Nigel and I had to COVER UP as we were deemed indecently dressed for this holy and sacred building.

LOL at this!
They shot me while I was shooting, I actually OMG-ed at this piccie

Met up Diese at the entrance of the mosque and where else should we go under the scorching sun?

Nigel had an uncanny resemblance to my friend Satkuru
only with sunglasses on of course
(satay, say something!!!! agree/disagree?)
hee hee

I then decided to take them to Abu Siti Lane – The place where the coconuts are so well known until it was jammed up almost everyday.

On my way to the mansion

Buddy Cedric finally came and met us up there. Moving on, we headed to the Cheong Fatt Tze Mansion but was dissapointed that the visiting hours were over. We were an hour late thanks to the coconuts! Darn you coconut!

After work, I took them to Sunset Bistro in Batu Fehringgi. It’s a cool place where everyone hangs out and chill with a few drinks by the beach. And crapshoot goes to the drizzle. Bahh.

We had McD Nuggets for take out and munched it all down back at the hotel. At 4 o’ clock in the morning. @_@

the next morning :
Camwhored w the gurls *huggies*

But the earliest ones to be ready for dim sum were –

shortyDavid and I
DIM SUM POWER!!!!

I then took them to one of the famous Dim Sum spots in Penang, at Anson Road!
Let’s not eat too much shall we? We have Asam Laksa and Char Koay Teow plans in the afternoon! 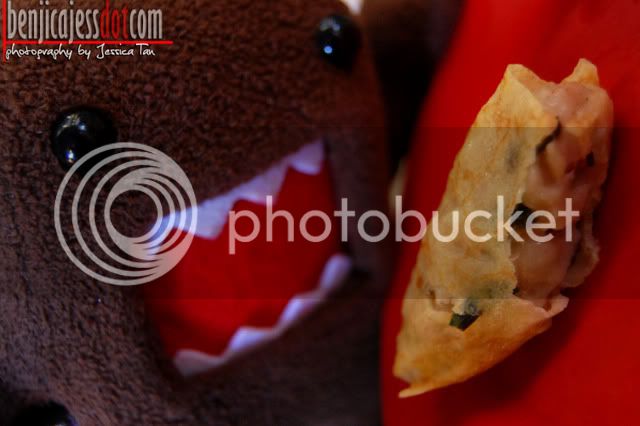 Up we drove to Air Itam where the Penang Hill stood tall. Taking the furnicular train up, we spotted lotsa lush greeneries and skylines; all from the eagles eye view!

I couldn’t believe my batteries could ever last that long after all our continuous shooting since yesterday morning. Nikon, you sure proved me wrong! ^_^

This pretty young child was too, admiring the city from above

After what seemed like forever, we finally took the furnicular train down. Gosh, all that shooting, walking and climbing made us hungry!

We then adjourned to the foot of Kek Lok Si Temple, where the Penang Asam Laksa came in abundance. Kel Li bought Char Koay Teow from the shop nearby and we had it all plus the yummy sugar cane juice!

All good things must come to an end – we bade our goodbyes just before exiting Air Itam and off we went.

Darn, David & Jen ain’t in this piccie -__-
me wants the group photos!
Glad yall came!
Hope u remembered Penang just the way it is!
Share: