Our Malaysian Independence Day has always been underrated, so much so that it is even disregarded by many families and youths alike. For me, I feel somewhat fortunate to be brought up with slightly more patriotism running through the family tree

It was kinda disappointing this year though, as Merdeka 2009 clashes with the holy month of Ramadhan and also the fatal epidemic of the Influenza AH1Ni. My face fell when I found out there wasn’t gonna be any grand slam celebration on a huge scale. 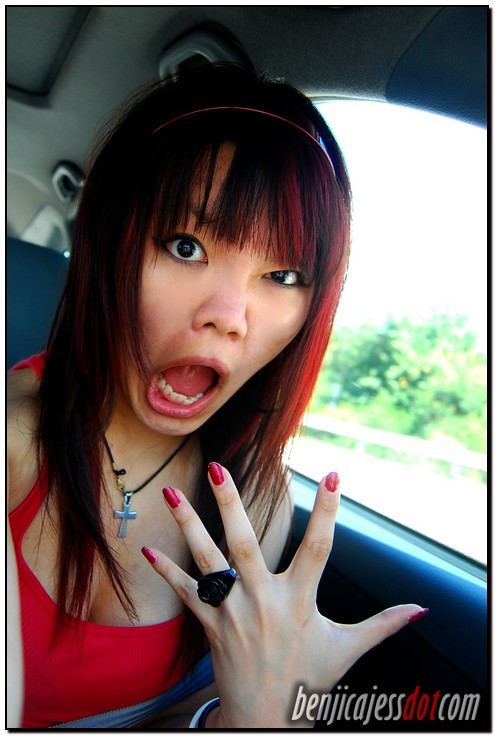 Which means… we’re all in for a quiet Merdeka?
My instincts sealed a ‘NO WAY’ on my forehead.

Our national day aka Merdeka falls on the 31st August and has come a long way since 1957. I’ve always looked forward to Merdeka… not gonna lie here – but mostly due to the public holidays and fireworks display. Yay! 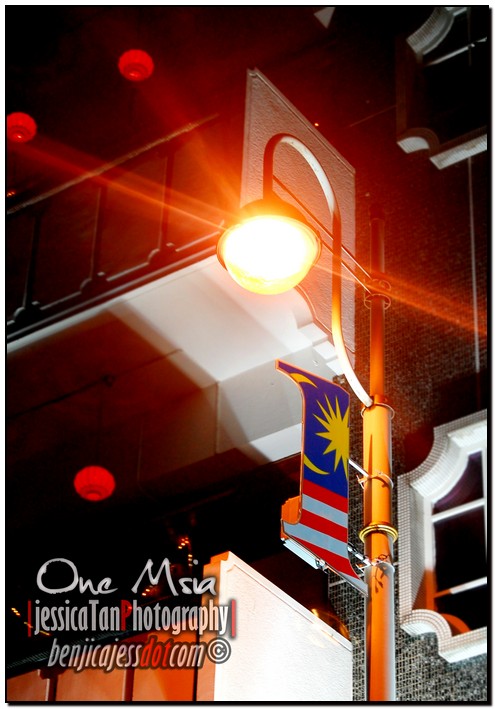 This is my 1st time celebrating a different Merdeka; unlike the previous ones which I spent partying away at Merdeka rave and countdown parties in clubs with the fabulous displays of fireworks at the esplanade. 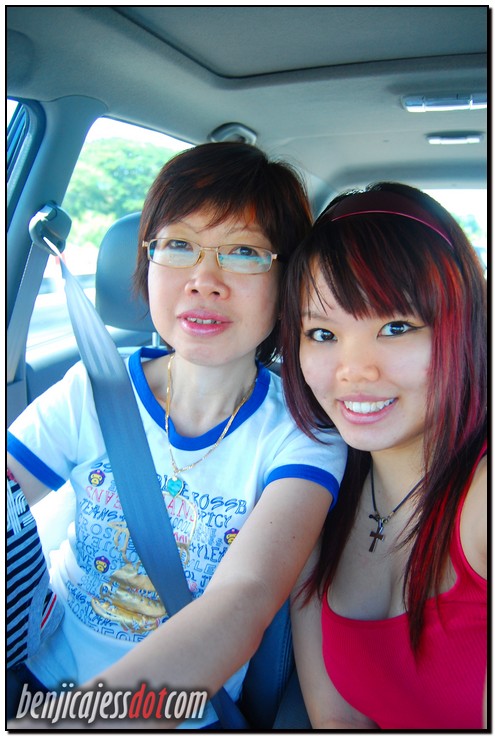 Oh by the way, Grandpappy was hospitalized so Aunt Queenie and I made a journey to Ipoh. He’s much better now, if you care to know : ) 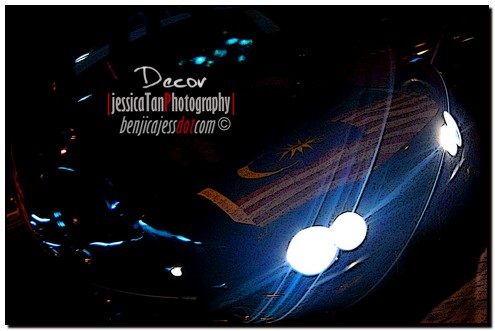 On the eve of our Independence Day at 11pm, my fingers itched to go shooting again and I didn’t wanna stay home on Merdeka anyway. I begged Goddy, Uncle Mike and mom to take me to Ipoh’s Dataran Bandaraya for a fresh take on the Merdeka perspective.

Goddy and mom obviously stayed in the car as they didn’t fancy gangster hoods by the streets. 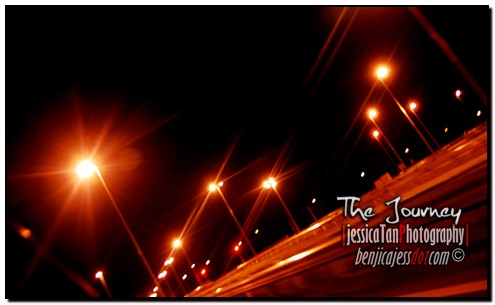 When I got there, there was already quite a rowdy assembly of bikers and other brutes yelling away in. I almost chickened out but hey, I chose to be here – and here I shall stay. Armed with my camera (and Uncle Mike) I dived right into the pool of people. 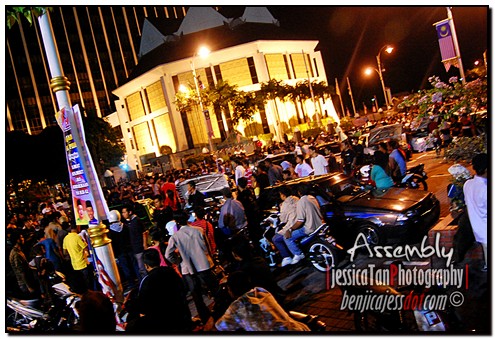 Thankfully, I wasn’t alone braving the rough and tough crowd. Uncle Mike agreed to tag along (as my bodyguard haha) when I was shooting away through waves of big and intimidating fellas. I apologize in advance as even I myself, was very dissatisfied with the shots I took that night.

Damn, it ain’t easy trying to stay unnoticed to take pictures yet being pushed and shoved like nobody’s business by all those big-sized thugs : ( 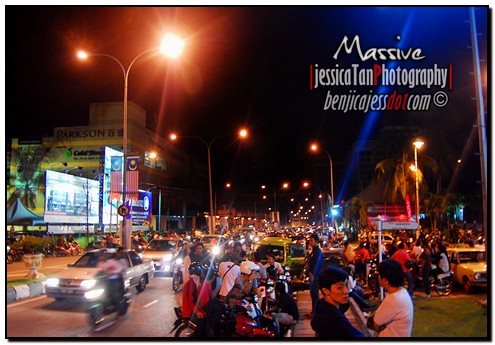 Anyway, I’ve managed to snap some of the teenagers and other youths in action. Little did I know that they were on fire! Their patriotic spirit was impressively ablaze; even more than the… okay nevermind. 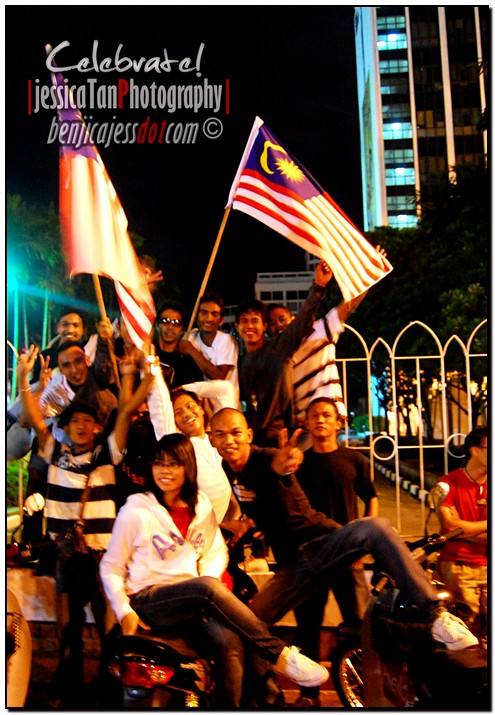 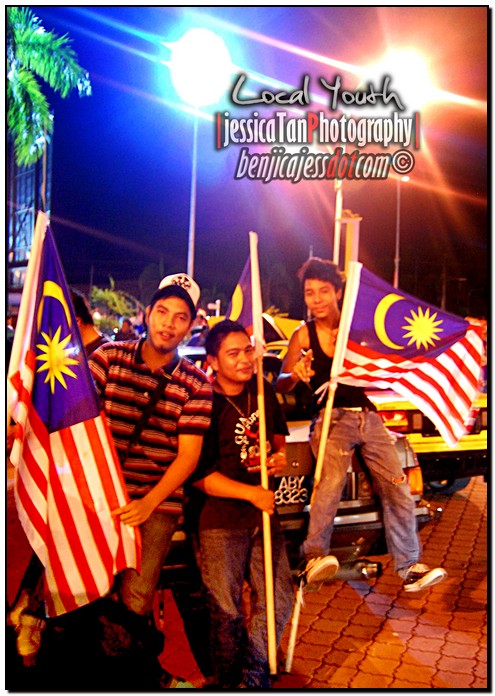 The countdown was a riot!
Almost every one was raging around and jumping on top of vehicles to wave the Jalur Gemilang – our national flag. The blaring of horns from other parked cars and bikes was just deafening and ghetto youths were seen running all over the place creating a huge racket on the streets. 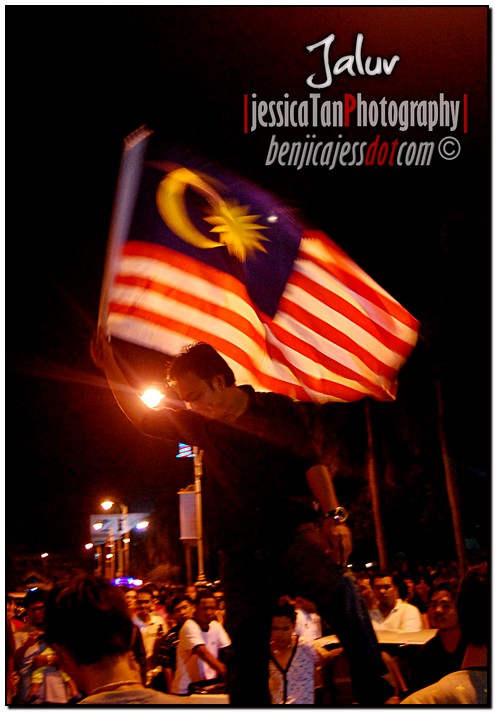 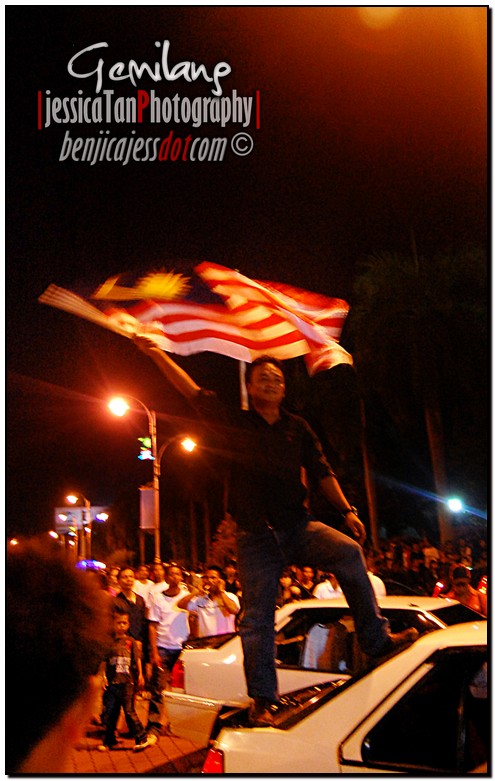 I think I became hearing-impaired in 5 seconds. Gah.
No tampons to stuff into my ears that’s why. (If you’ve watched Final Destination 4, you’ll know what I’m talking about) 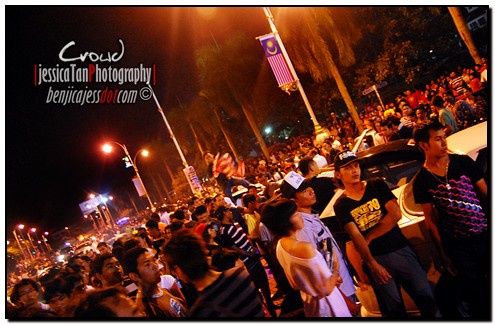 I didn’t dare take pictures of those elderly gangsters manning their heavily modded cars, lest they whack the guts outta me. But it was astonishing to know how ingenious they were.

No fireworks this year?
So what?

They don’t give a flying rat’s ass… because they made it all happen! 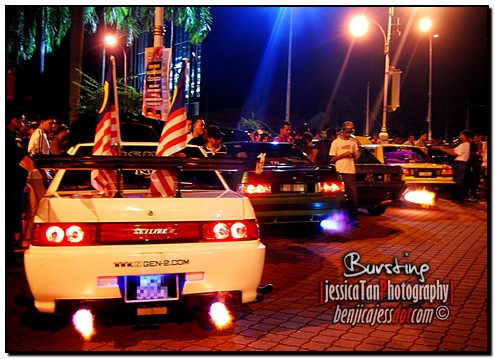 Yup. These pyromaniacs modified some old cars, twiddled with the spark plug and made their double exhaust pipes a raging flamethrower. 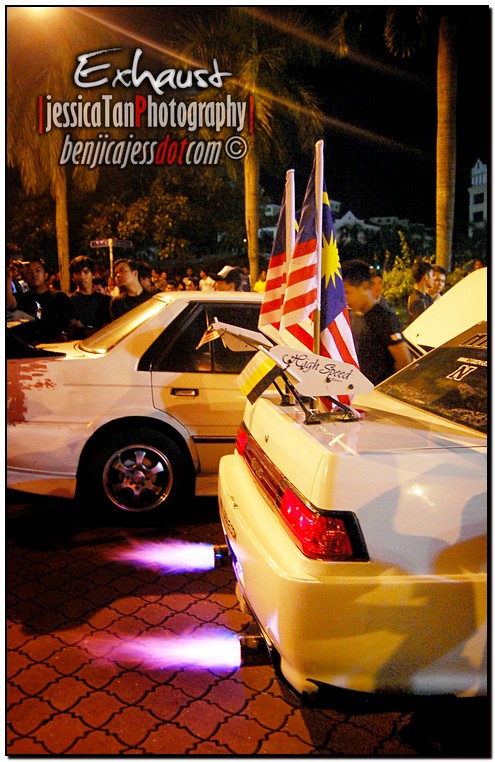 I reckon they created the combustion by using some flaming exhaust kits or exhaust flame systems. Look at the inferno go! However, our eardrums were popping with the loud bursting sounds of the sparks. Ouch, painful but the show must go on! 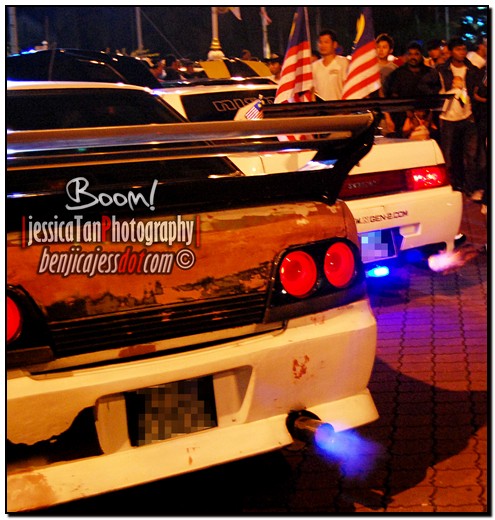 So yeah… while most Malaysians were celebrating Independence Day sleeping at home, decorating trains or having houseparties, my Merdeka was spent with a bunch of hooligans, thugs and young school dropouts in the ghetto community. 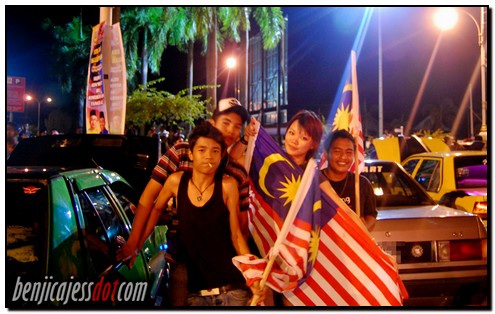 Despite being a little fearful in the beginning, I’m relieved as they aren’t exactly very malevolent. Sure, they may not fit the bill of the upper crust or cream of the society and most had already picked up smoking habits in elementary school but who am I to judge?

They are, in many ways just as wholesome as any of us are : ) 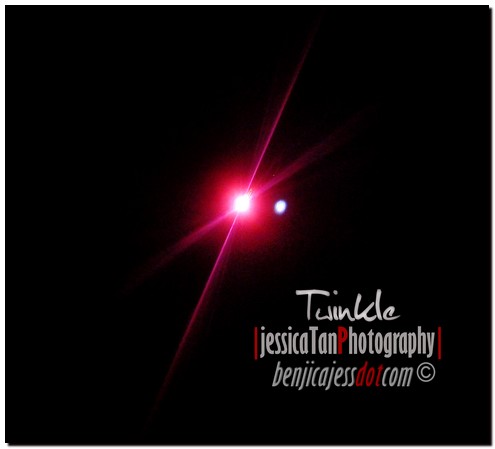 Were you sleeping on Merdeka eve?