Yippeee! I had the opportunity to catch the movie 2012 in theaters within the 1st week of release despite the fact that my friends told me that the all tickets were sold out in all major cinemas. Anyway thanks to you-know-who-you-are! 🙂

But just before the movie began, came various movie trailers and cineadvertisements. The moment Everyone Connects TM song sang by Bunkface which I blogged about [here] started playing, I had a shock of my life. 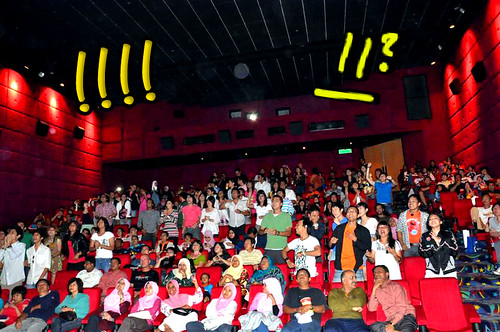 What on earth was everyone doing!!??
@_@
The song was really catchy and well, at one point played innumerable times on hitz.fm so obviously everyone knew the words to it. But still, why was everyone getting into a frenzy, stood up waving their arms while singing along to it?

Another tragic movie. Think worlds coming to an end, pandemonium, losing loved ones, total annihilation, bloodshed, catastrophe and tears. Rather depressing, is it not? But hey, everyone else was at the extreme opposite of that emotional situation. 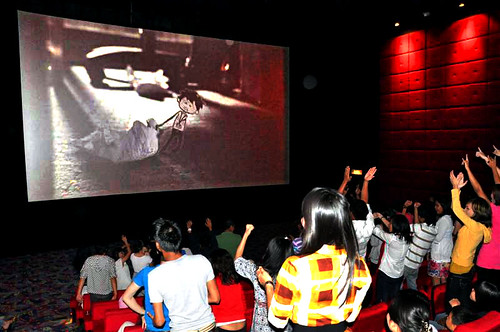 Get what I mean?
Not wanting to be left out, I sang along too all because I know the lyrics as well. But I wasn’t eccentric enough to stand on my chair, hysterically waving and yelling at the top of my voice and whatnot though. 🙂 Didn’t dare to! 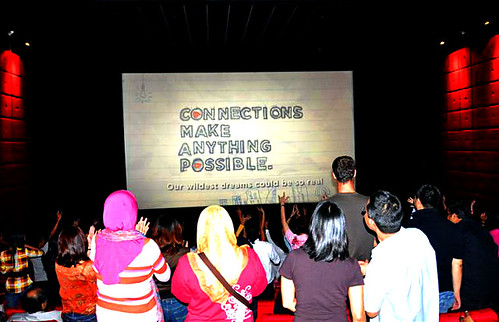 But I guess, everything’s possible with connections
They all perhaps knew each other, I reckon

Parts of me suspect that it was a flash mob yet why am I flabbergasted at this sudden behaviour? Hmmm.. whatever it is, it certainly raised my eyebrows and everyone else. So surprising, like ohmygoodness! Quite cool, right?

thanks for the piccies jaclyn!