What does it take for one to be simply fabulous? Let’s strip off the thick layers of foundation, digress from size zero and 24-inch waisted models to something more REAL. The girl inside you. 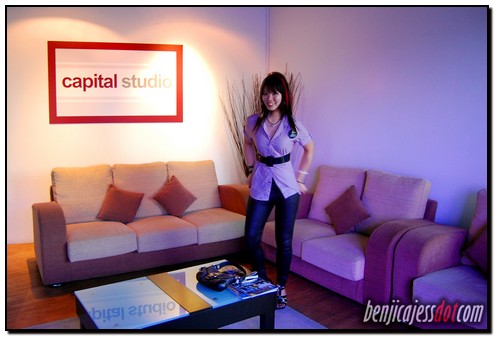 Me at the studio

Good news! Maybelline and 8TV has joined forces and together, they concocted a star search for average girl-next-doors to live their dream. From thousands of applications, only 10 lucky ladies were selected as finalists for Maybeline New York’s Simply Fabulous reality TV series. 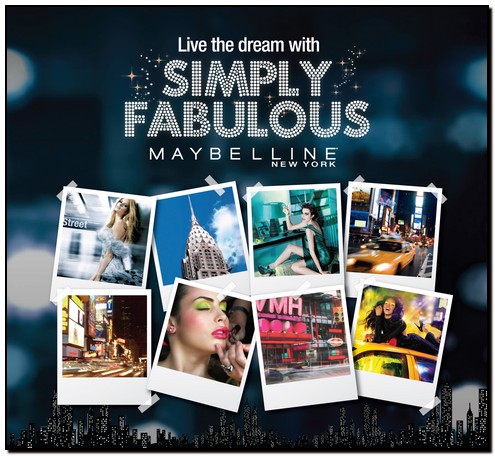 As one of the official bloggers for this competition, allow me to introduce to you the 10 beautiful lasses – all in the running to live their dream. What dreams might they harbour, you ask?

Well, read on and find out for yourself!

One of the younger ones, Zhareen Anshary is one of the 19 year old chicks in the competition. Her dream is to “open an orphanage and to be a successful fashion mogul. As her fashion business grows, so will her contribution to charity” She’s just one that you wont miss! She emits this really sultry aura each time she walks into the room. If looks could kill, she’d have you murdered with her glance. 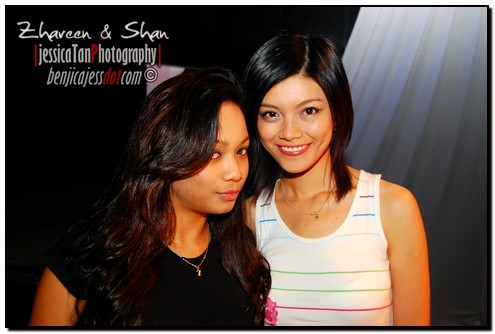 Ng Bei Shan is a 22 year old lady who appears to be very focused in her career. Her dream is to “further her studies because like a doctor, it takes lots of training to produce a professional in the field of counseling and psychology” She’s one of the quieter ones, but there’s something about her that’s really pleasant. I reckon it’s her smile!

The 25 year old Nurdiana Ashraf bt Abu Bakar, is one that has caught my attention. Partly because she’s the only one clad in a headscarf (tudung) and also because I simply adore that babyface of hers. It’s so cute! Her dream is to “open a boutique which focuses not only on branded items but a boutique for teenagers within all social standards” 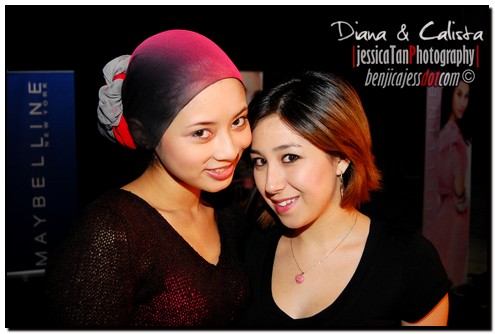 Calista Wei Fen Leah Liew’s secret dream is to be a petite model .This 22 year old lass told us she “wants to break boundaries for everyone who has ever been told NO to their dream, and give the average-sized girl a chance to show that they can be as good as tall and size 0 models”. She’s from Sabah by the way – and personally, I feel that she has sucha bubbly personality. That’s the way to go gurl!

Nalinder Manoharan is a 27 year old computer programmer, but secretly… she has always wanted to host a travel show. “I love the idea of being able to meet people from different walks of life from around the world and learn about them, their cultures and their way of life” This chick really has got some spunk and funky sense of style! Rawr I’m diggin’ it babe! 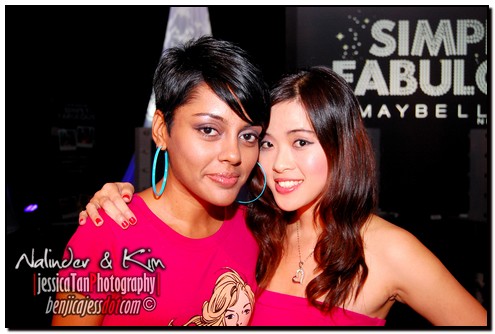 Kimberley Cham Siang Fen is this 24 year old cheerful lass who brings light into the room. She claims to have a bubbly and chatty personality and dreams to “express this part of herself through a travel show as a travel host” Hmm.. now that makes 2 aspiring travel hosts!

Niksyifa Umar bt Nik Aziz is one which you can hear a mile away. The 21 year old pastry lover dreams to “open her very own bakery, working her way into the international market and have everyone sinking their teeth into her lovely creations” Hmm.. now I know who to go to should I want some apple strudel! 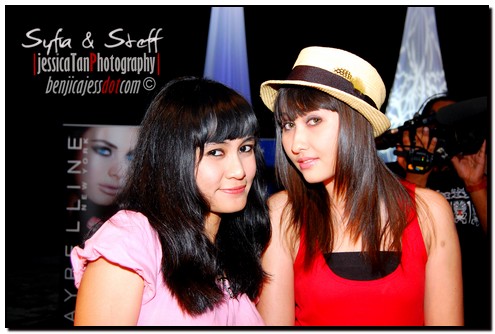 Another 19 year old lass, Steffanie Vanessa Schubert is that tall and lanky one you spot. She dreams to “become an actress and a versatile artiste who can easily portray different characters” Do I see the next superstar in the making? You go gurl!

One whom I reckon is a purple-lover, Preeta Sharenia Nithianantham is a 20 year old girl with big dreams as well. She aims to “first work under a renowned international clothing label and then run her own international fashion clothing empire after gaining experience” She totally reminds me of my bestie who is now in the UK. Sniff. 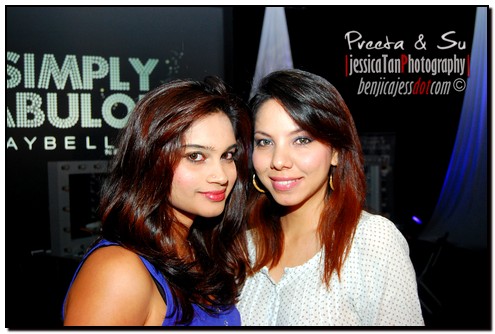 Susilawati Mohd Ariff, a 24 year old airline cabin crew is a pretty artsy-fartsy gal herself. Her dream is to “set up her own dance and performing arts studio for children who dream of becoming a successful performer in dancing,singing or acting but cannot afford the fees” She’s gorgeous! I really admire her sharp features and dreamy eyes. Hey! I’m straight but yeah..

So there you have it. All 10 beautiful girl-next-doors who will eventually battle out and compete among one another in Maybelline-8TV’s ‘Simply Fabulous’ reality TV show. Who will take home RM10K in sponsorship, a trip to New York City and other prizes totalling up to RM50K to live their dream? 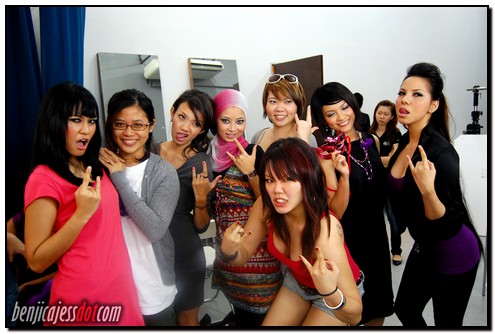 Well, the 1st webisode will begin tomorrow! Not enough of MDG or other laughter, tears, frustration or even *cough* some biatchy-drama? Log onto www.8tv.com.my/simplyfabulous and check out those girls for yourself.

Follow this reality TV series online and be in for.. 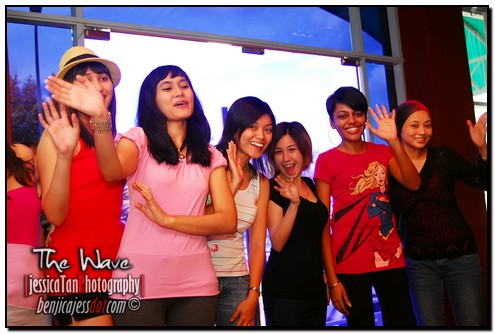 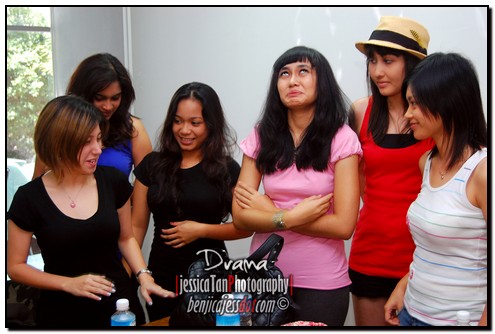 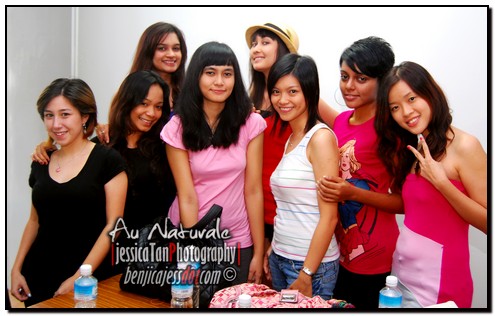 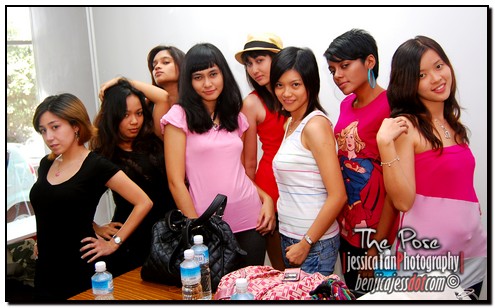 That’s what you’ll see on TV, but on benjicajessdotcom, I will be sharing with you some insider scoop, those behind-the-scenes moments and well technically, other scenes and still-shots that did not make it to the show. 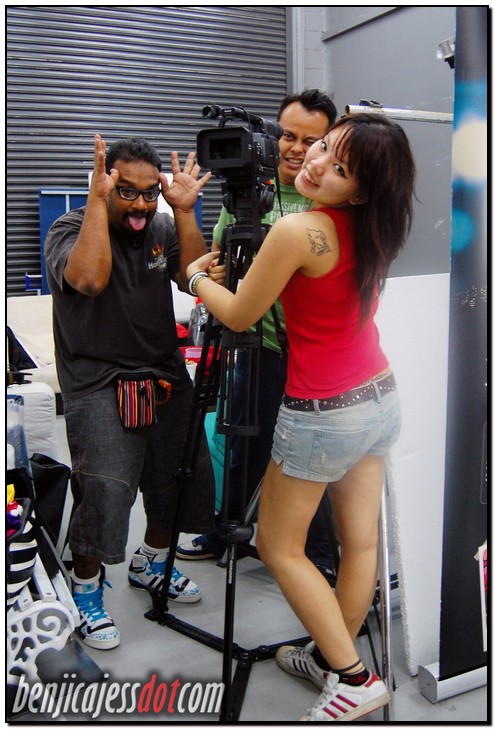 Fooling around with the TV crew

Stay tuned as I will be holding some contests too for you to win fabulous Maybelline products and also, exclusive passes to the finale of ‘Simply Fabulous’ star search at a club called.. (I’m not telling which one yet! You’ll find out if you follow closely nyahaha)

These girls will be competing against each other in a few challenges and *whoops* cat-fights, to outdo one another. But it is of course, during this journey they discover the true meaning of healthy competition, friendship and betrayal.
Here’s some hints for you guys on what they’ll be up to next – 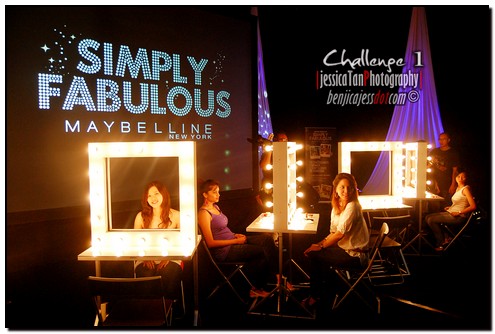 Do notice something about the dressing tables?
HAHAHA 🙂 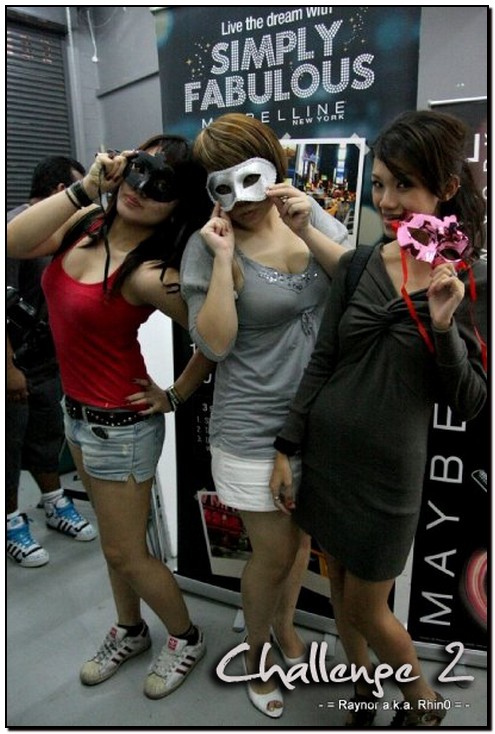 Us playing with the masks.
I wonder what they’re used for in this challenge?
Hmmmm 🙂

Follow the series and I’m pretty sure you’ll either have a favorite one or the one you simply want to bitchslap very soon. For me, I definitely have my favorite girl already! This is one online reality show you don’t wanna miss, join them and their host Sarah Lian. Come back here for more juicy gossip but for now,