July 22, 2009 by thejessicat
As part of Malaysia Airline’s blogger outreach program, a Bloggers’ Movie Outing was organized. A handful of us bloggers were invited to join in the camaraderie in GSC Signature Class seats. Awesome! I was already anticipating to watch the latest installment of the Harry Potter series.

And hmm.. likewise to a fellow friend of mine? 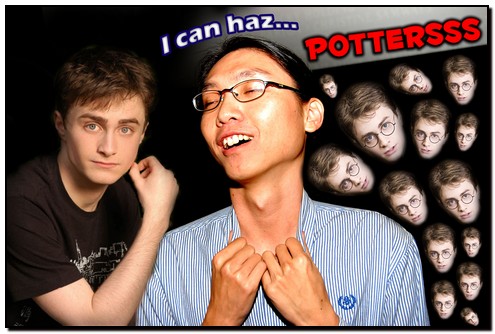 (Ohmy. Don’t skin me alive for this Yatz. haha!)
Well.. contrary to most of what my friends think of the show, I actually enjoyed it. Methinks Harry Potter & the Half Blood Prince was actually pretty fine because I wasn’t expecting much nor preparing for a jaw-dropping drama of Hogwart fantasies.

Partly because I don’t fancy squinting my eyes through numerous lines of text with kerning I deem so bad that I’d skim through without much thought. Either that or I just despise reading. No offense to those of you who actually follow JK Rowlings’ novels.
Thumbs Up!
Imma share my top 5 movie scenes (in haphazard order) of which I actually enjoyed or was emotionally moved by.

Fave Scene #1
Ron was being very pessismistic about his Quidditch match and harboured thoughts of quiting. Being his friends, Harry and Hermione encouraged him with much moral support and the former actually pretended to give Ron his Liquid Luck potion. 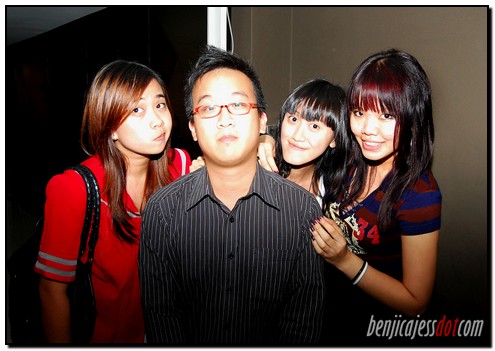 It’s the Law of Attraction that helps. (Yes, don’t scorn me for listening to The Secret) Silly ol’ Ron now thinks, feels and believes that he could win the match after consuming the Liquid Luck. Truth is, he never even had a sip. Ya see? It’s all a state of mind. 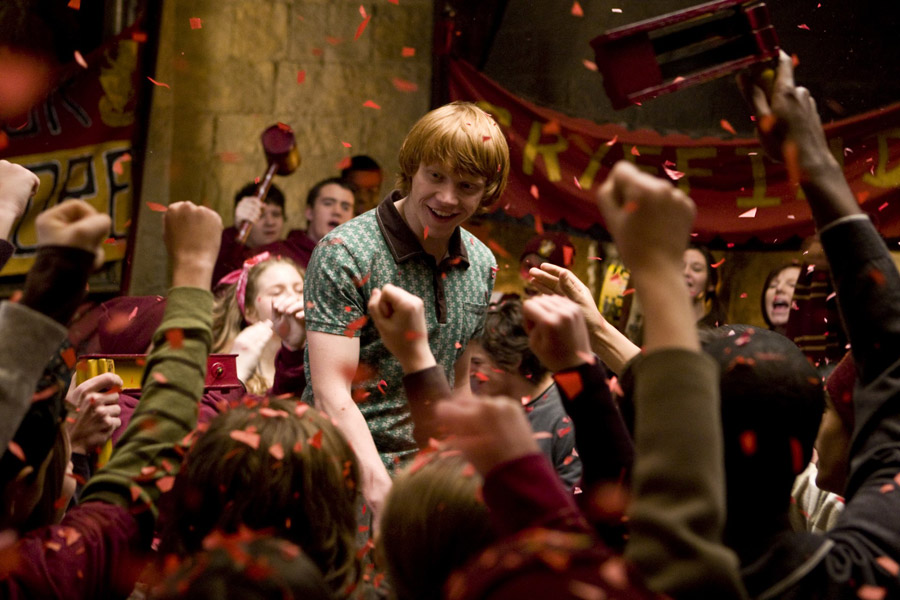 And he won!
Sans luck.

Forgive me, but I’ve always taken a liking to movie villians. Be it in cartoons or real-life films, I’d naturally be partial to the baddies

And Draco Malfoy is *swoons* such a badboy cutie. But HEY mind you, he did not kill Dumbledore even when he was forced to. Awww…

Courtesy of Kelli for bringing me along, I managed to go all shimmery-eyed over Malfoy. Thanks babe! 🙂 But alas, she had to endure my starstruck lil squeals whenever he came on screen. Glad Jen shared my sentiments towards Malfoy! 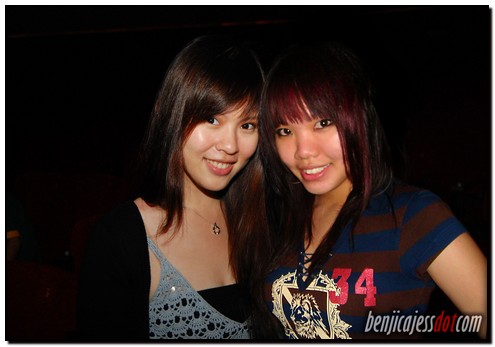 I don’t know about you Jun, but I sure fancy bad-ass figures.
*evil laughter*

Speaking of villains, let’s not forget this ass-kickin lady shall we? 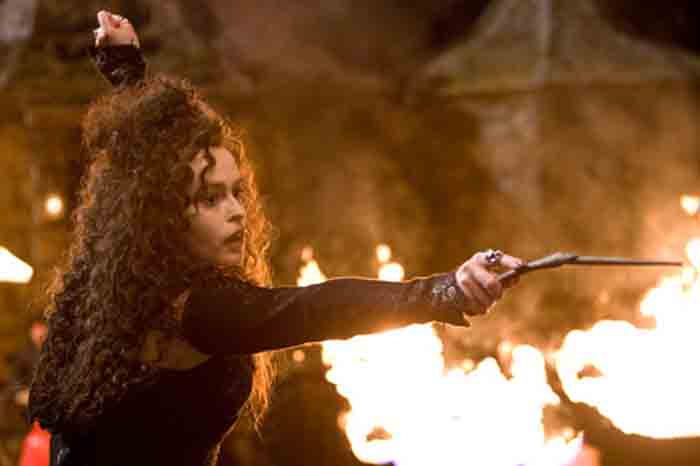 Fave Scene #3
That’s Bellatrix. She’s one of the Death Eaters. Familiar? I love her sinister laughter. Amazing how she always appears in Tim Burton’s movies too. Such love! Well, she was that lady who bakes Human Meat Pies in Sweeny Todd – The Demon Barber of Fleet Street. Ya know how you just hate it when the cinema screen goes all friggin’ bright with outdoor sunlight after showing you scenes and scenes of dark, underground and indoor moments? But anyway, I could literally feel the magnitude when Harry took Dumbledore’s hand to whizz away to new and foreign destinations. Likes!

Fave Scene #5
(or basically any scene with Dumbledore in it)

And no, I do not have a fetish for older men.

ANYWAY.
I cannot believe I actually shed tears. It was mortifiying when I saw Dumbledore forcing himself to drink all that icky vile liquid – disregarding his pain and distress just so Harry can get his hands on the Horcrux. It turned out to be fake, at the end of the movie. I wanted to wrangle the producer. Or JK Rowling. Or whoever’s responsible for this! Darn.

My waterpipes also burst when he was killed. I was crestfallen when Professor Snape murdered Dumbledore. Thanks Kel, for making me feel better by telling me you sobbed too when he died. At least I know I’m not alone 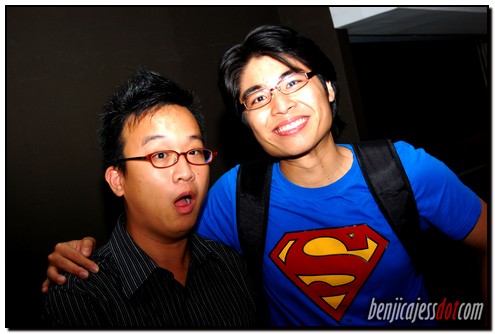 “ohmygoodness. You did?”
“hahaha!”

Overall, it was a very thought-provoking show with some emotionally moving scenes. Perhaps, it didn’t supplement the novel entirely well but then again, I don’t read. So I wouldn’t know. It’s just some two-cents I sourced from my other friends 🙂 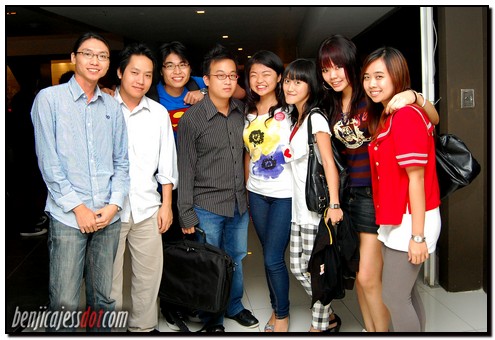 Needless to say, I enjoyed myself with the company I was with
Thanks guys! 🙂

« Previous post
NO MAN’S LAND *wink*
Next post »
All ma party people! Do you smell the next partay? :)