Who goes to Australia without eating their famous game animals at least once?

I certainly do not. I finally managed to eat them before I go, as Konzy brought me to eat those rare delicacies one evening. Yay! 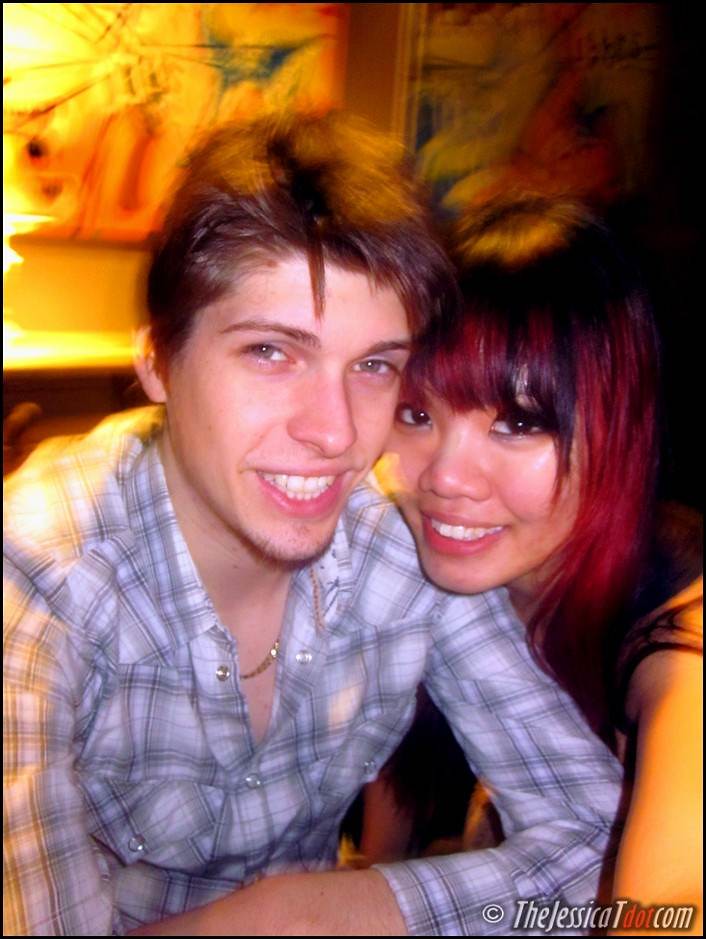 Here we are at The Royal Mail hotel and pub! 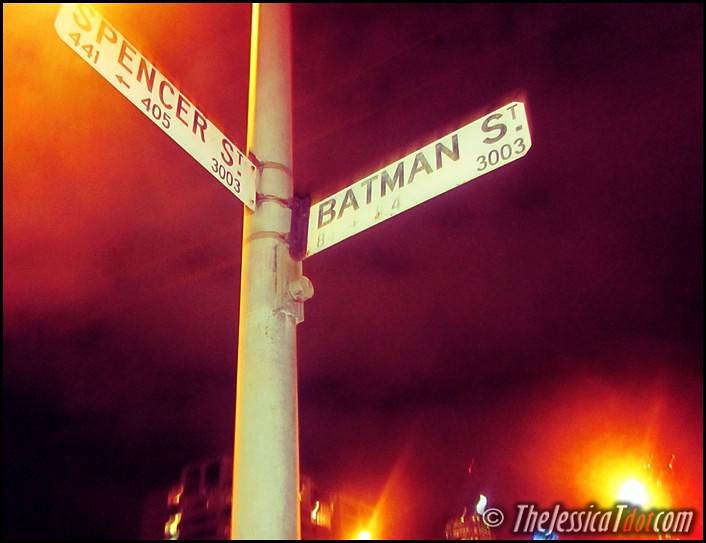 It was along Spencer Street.

LOLOL I LOL-ed when I saw Batman Street

So yup, we heard about this Roadkill Wednesday thingy for quite some time already but never got a chance to go. And since the exams were finally over, we decided to make a trip down to the city to go one fine Wednesday 🙂 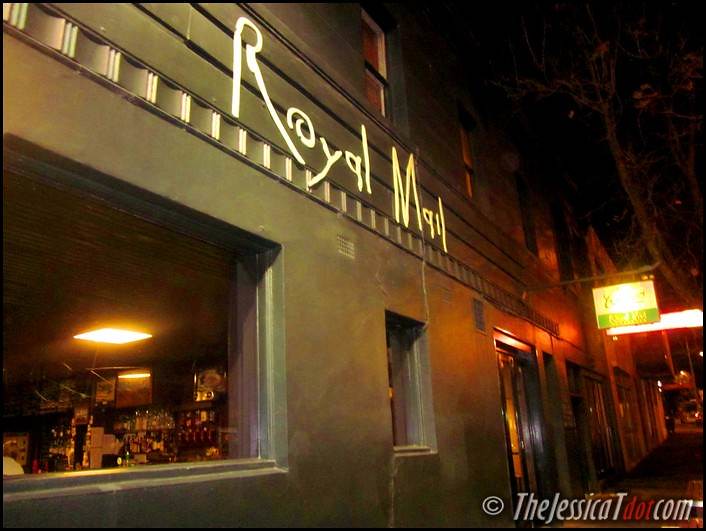 When we entered, I thought we had come to the wrong place because the first thing we saw was a pub.

But the pub was just the first part of the entire outlet! 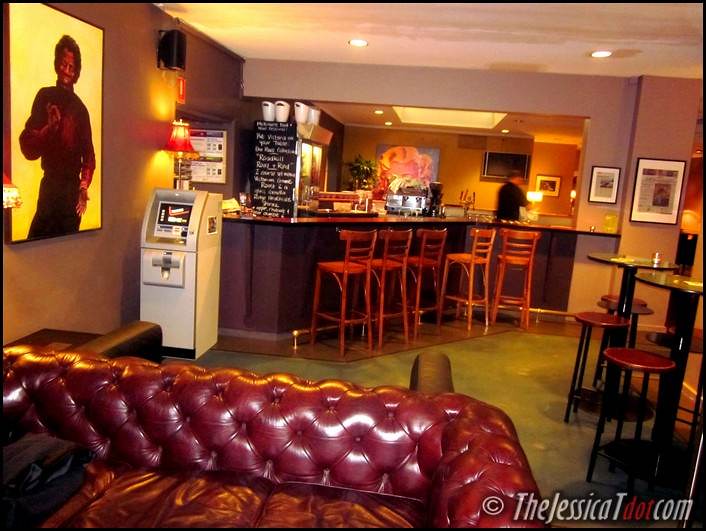 We took a few steps into the pub… 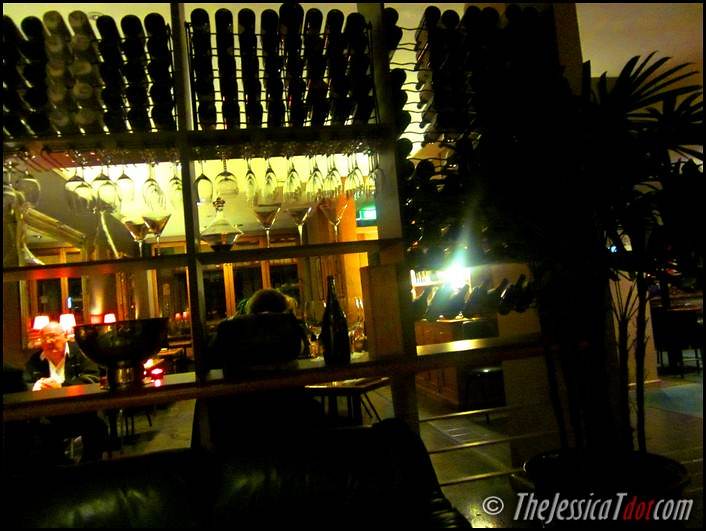 … and finally saw the restaurant! 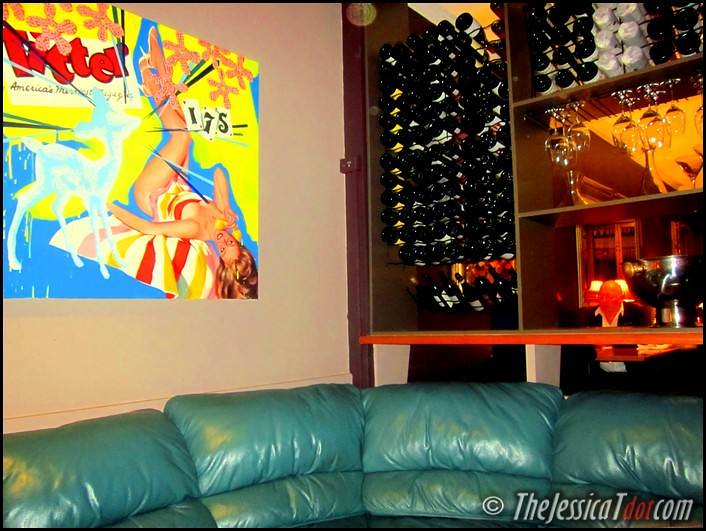 Needless to say, I chose a table where it had a pretty background 😀

Moments last longer when it is captured on camera, so I obviously wanted my pictures to turn out nice! 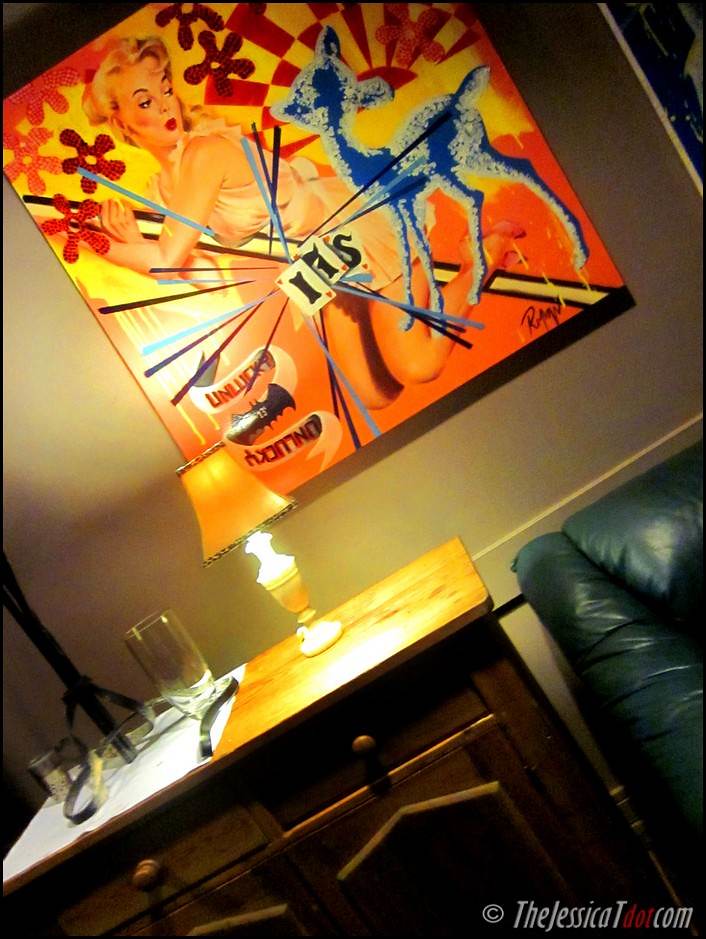 This was pretty enough 😀

I liked how the entire restaurant was pretty classy and dimly lit. Good for romantic dates!

The decoration were mostly pop art paintings and Andy Warhol's version of Marilyn Monroe. So classic! 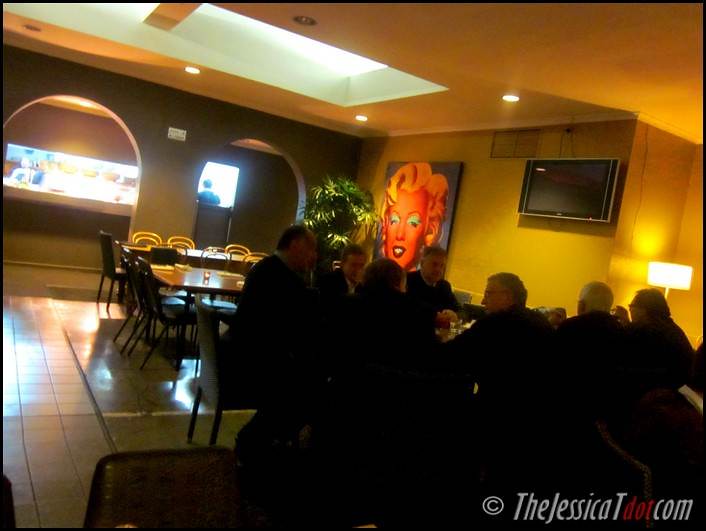 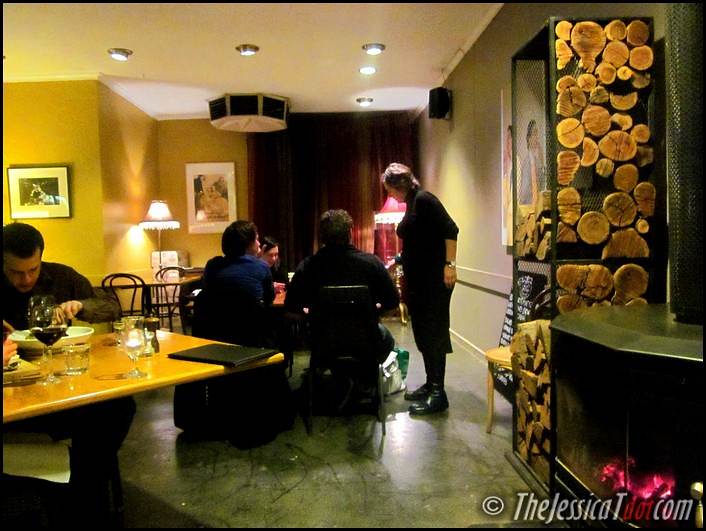 We sat close to the fire. Yes.. FIRE!
A wood-fired fireplace… TO STAY WARM!! You won't see this in Malaysia 😀

We placed our orders and it was a pretty easy decision because we *still* were rather full from this afternoon's Malaysian food (yes, omnomnom I recommended him all my local delicacies) and we just wanted to try/taste the wild, game meat. 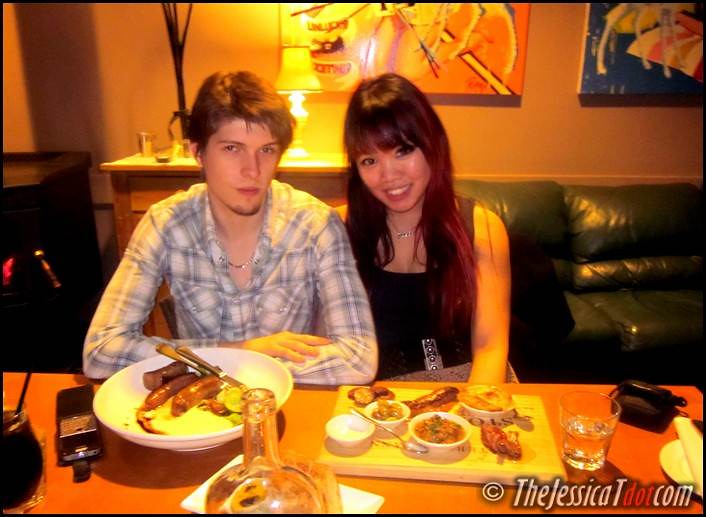 So we ordered a  whole grazing platter and sausages to share!

I'm glad I finally got to taste them.

Here's what we ordered in detail – 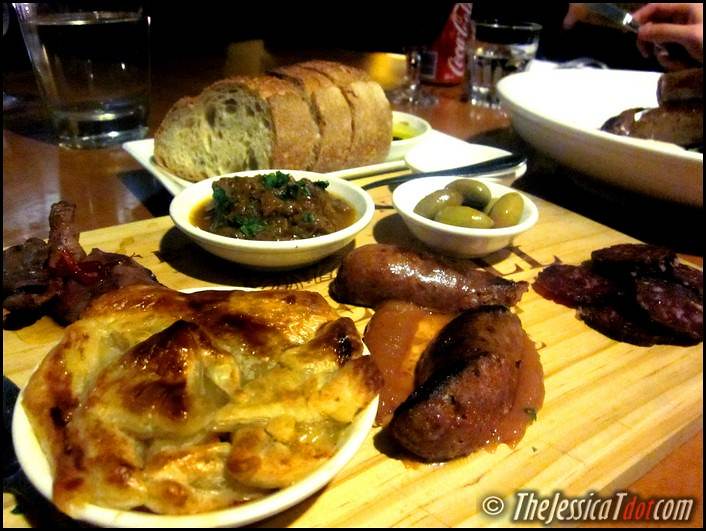 From left to right (clockwise), here's my verdict :

I wasn't too excited with the duck breast because we have heaps of them back home anyway. But upon tasting it, the soft, slimy texture made me want to puke and I just had to spit it out. I just couldn't stomach it. But on the contrary, Konzy loved it and how tender it is. I guess, to each their own 🙂 If you favour foie gras (goose liver), you might just like this dish.

The Venison Stew was my favourite amongst all. It had a salty aftertaste to it too. I wished I could have some more!

Olives? Don't ask. We both despise olives in general so we can't exactly be the best judge for this.

The Roo Pepperoni was kinda spicy, but in a good way. I'm not quite a pepperoni and salami person, but this was pretty damn good.

The Roo Sausage served with Rosella Sauce was delicious too. It is a native berry and t'was a sweet and meaty combination.

Although it pains me to think that I'm eating my own domesticated pet – I used to rear a fluffy white bunny – I tried to just savour it without thinking of morbid stuff like animal cruelty etc etc. 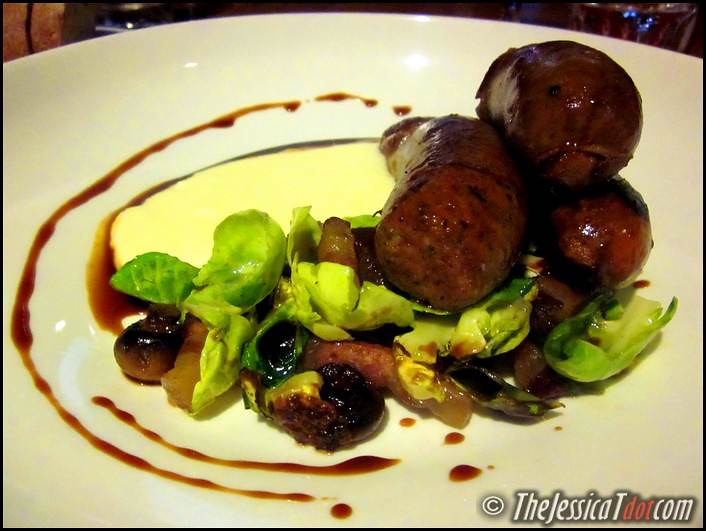 Trio of Bush Sausages : Emu, Wallaby and Camel with Polenta,

The Camel Sausage was the toughest amongst the three. It boasts barbequed-burnt flavour to it (yummy!) and the spices complimented the taste well. I liked the chewy texture to it as well.

The Emu Sausage was the softest and it had the sorta melt-in-your-mouth taste. We found this meat too tender for our liking. It even had a slight bitter aftertaste. Meh. Not something for our palate.

The Wallaby Sausage was our favourite of them all. It was a little spicy as well but the flavour was the best amongst the three. Something I would order again! 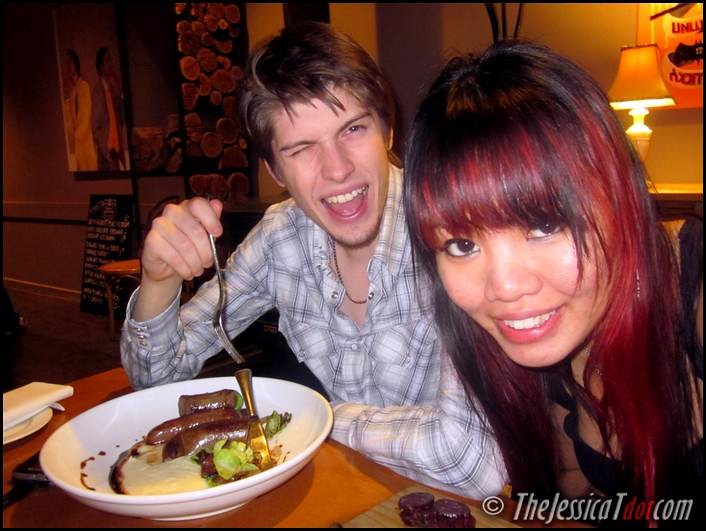 Apart from the meat, the veggies, polenta and sauce that came with this dish was an absolute yum. 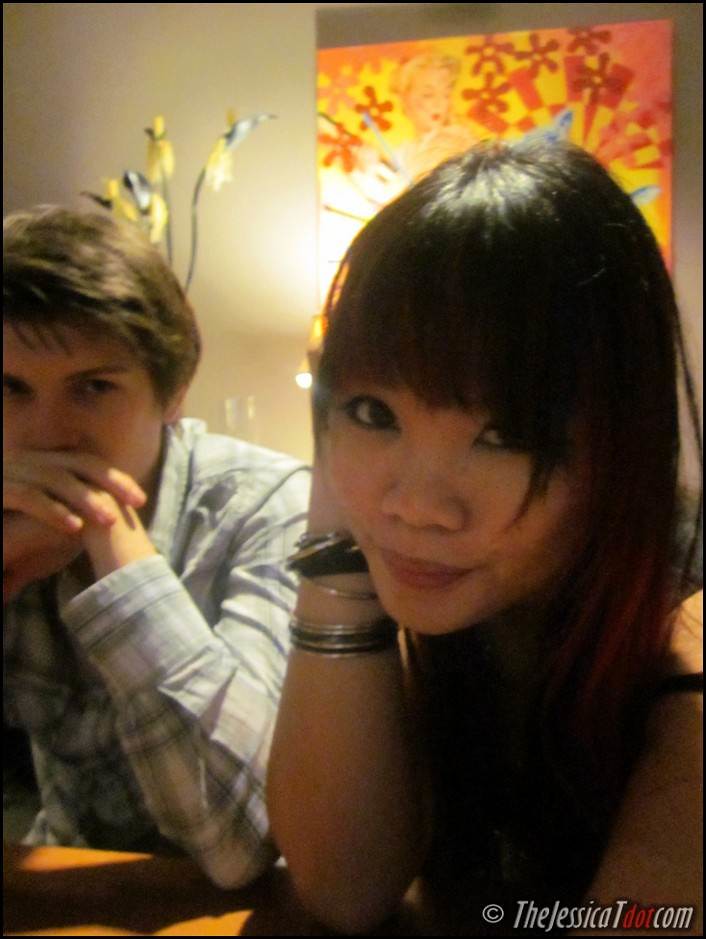 He keeps photobombing me T___T

After dinner, we were really stuffed! In fact, we couldn't even finish the whole portion of our meal.

I made a trip to the ladies' after him, and I'm glad I did. You shall see why. 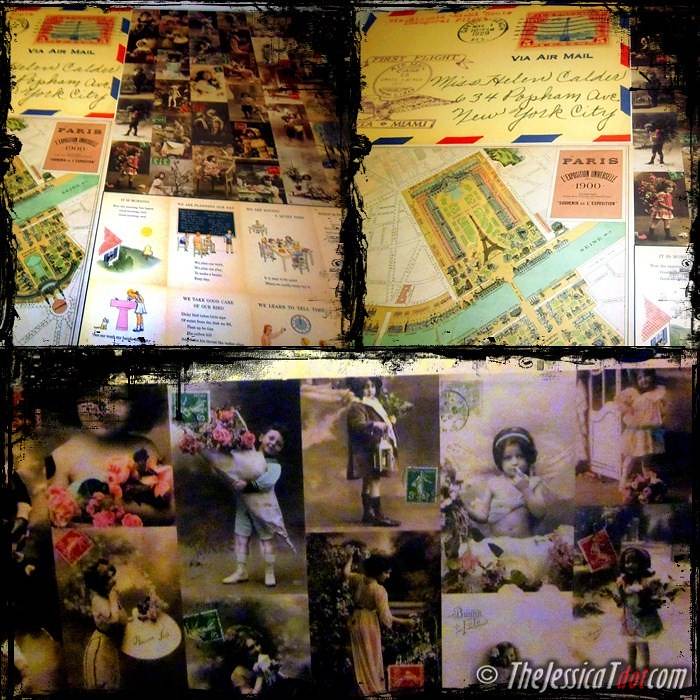 Shot these when I was in the cubicle (hey, I can multi-task)

It was sssssoo pretty, even the toilets had a classic and Victorian feel to it! 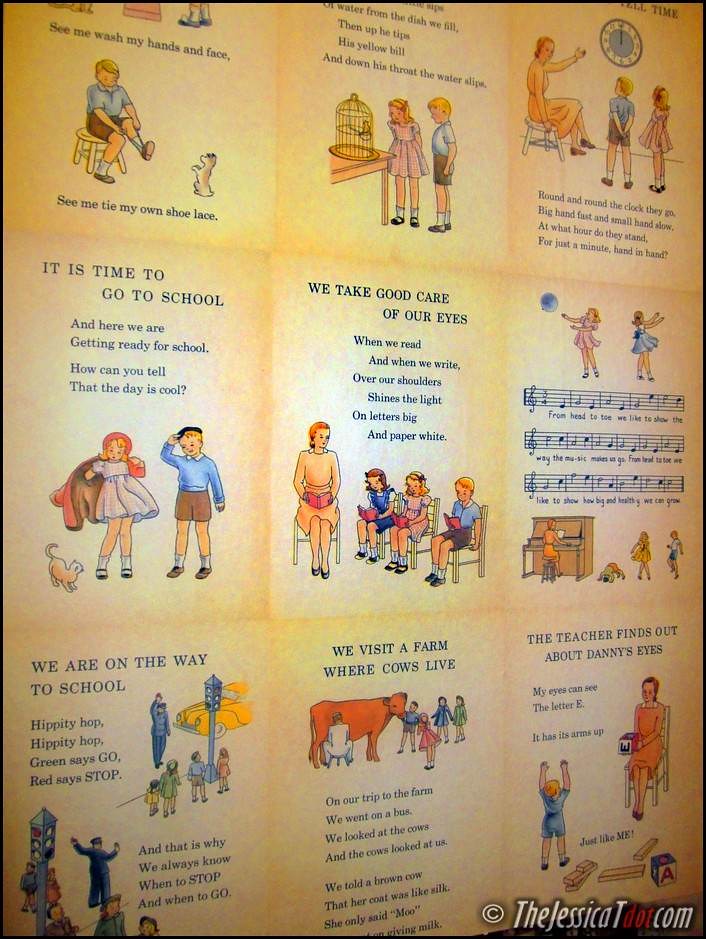 It brings back memories! Just read them and smile 🙂

I was pretty sure Konzy was waiting for me outside thinking why on earth am I taking so long.

Well, put me in a pretty restroom with a huge mirror and you won't see me coming out anytime soon. 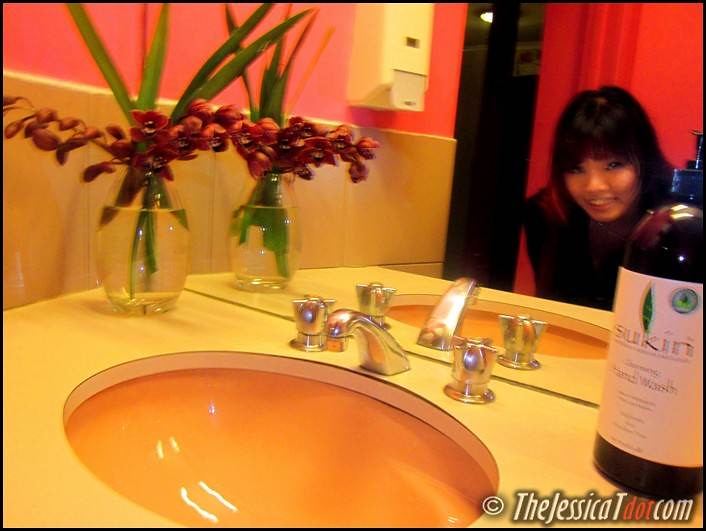 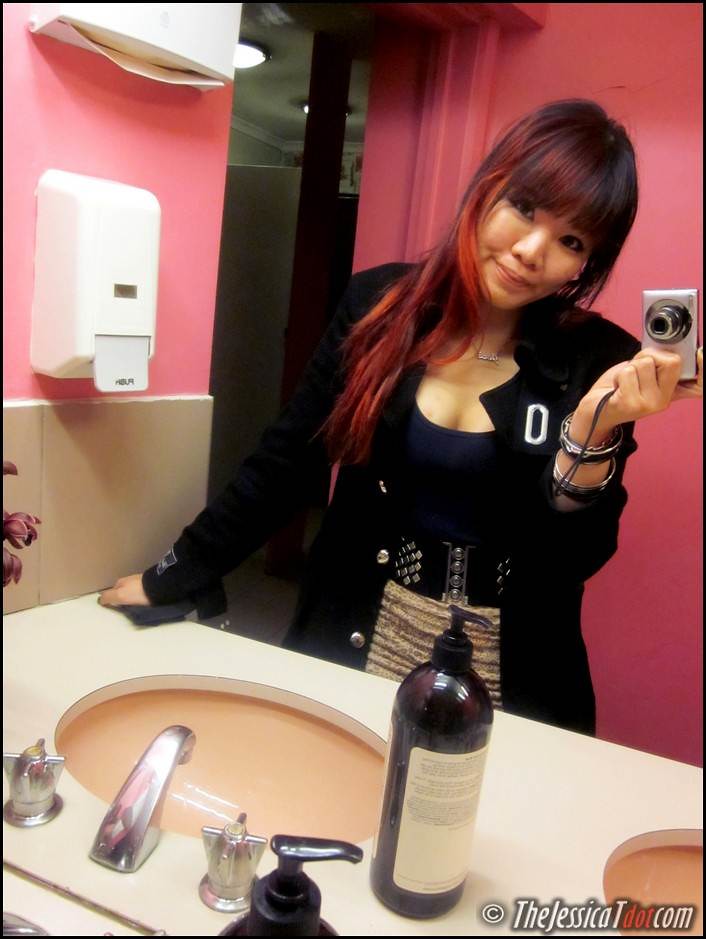 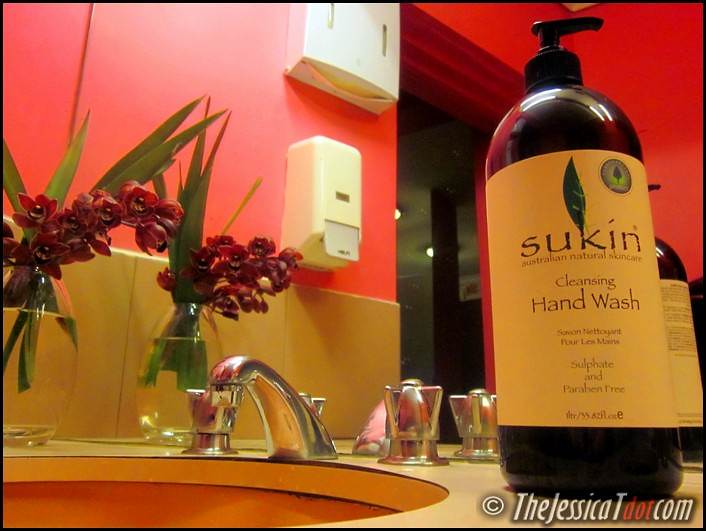 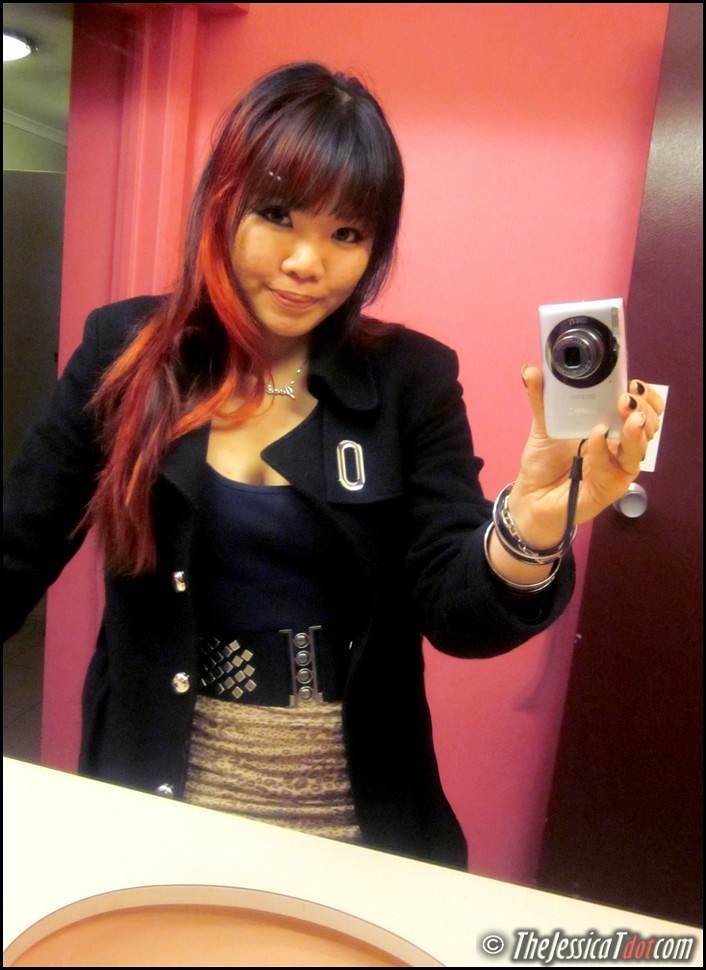 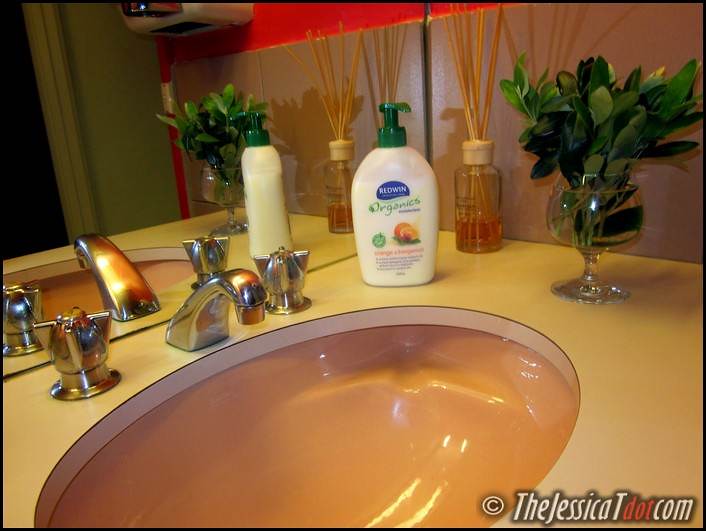 And then I noticed there was another moisturizing handwash.

So I washed my hands again. See? I'm trying to be sanitary here 😛 😛

Apparently, the mens' restroom wasn't as awesome as the ladies'?

BWAHAAHAAHA. They don't need a pretty toilet, just give them a hole to pee in. End of story 😛

We left soon after – it was time to hit the casinos!

Ka-Ching! $$$$ After my recent win at Star City casino in Sydney, Konzy wanted to put my luck to the test. 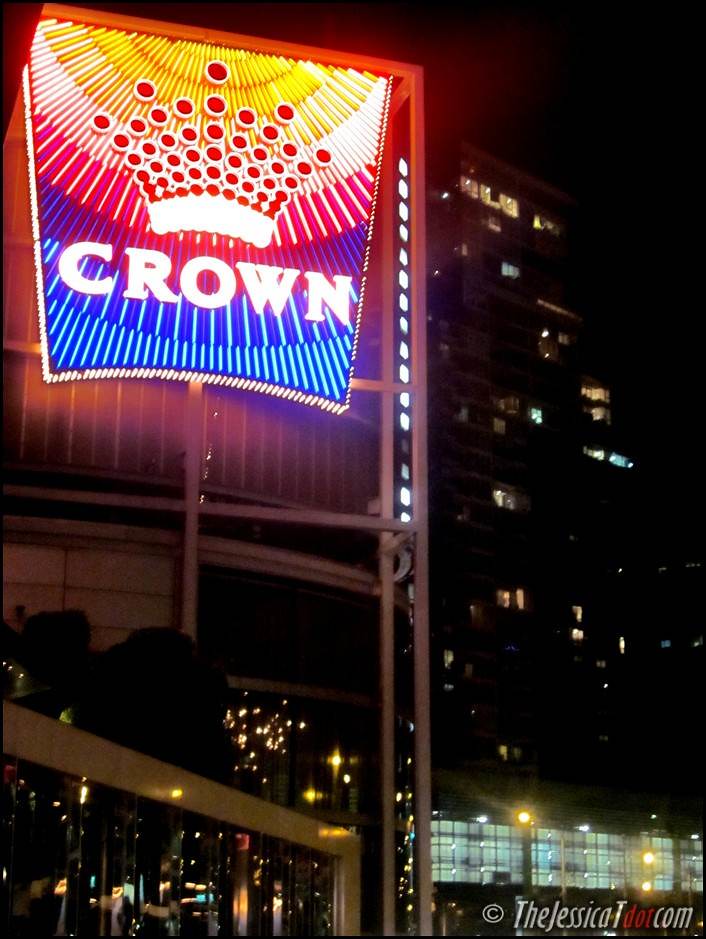 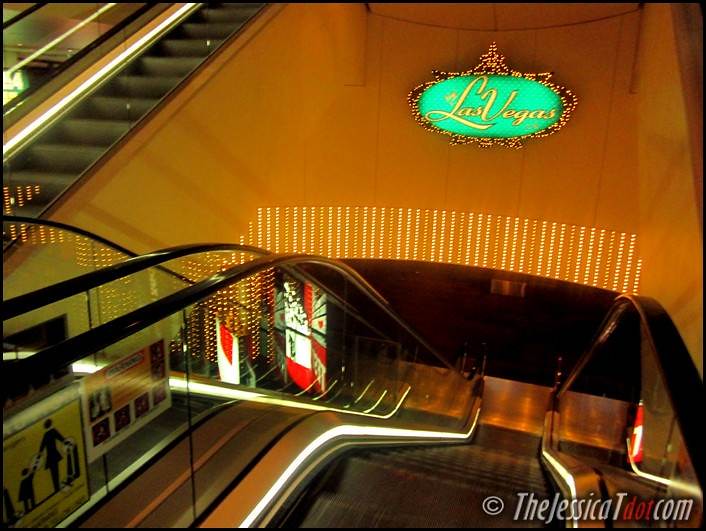 We left with a happy smile 😀 😀

Needless to say, we won a couple of hundreds