I don't know what is it with me and casinos lately.

I've been recently bringing much luck to everyone who I tag along with to casinos, winning them more than triple and quadruple their capital amount! They say I'm their lucky charm, but I say luck comes and goes…

…and I've been enjoying my winning streak thus far! 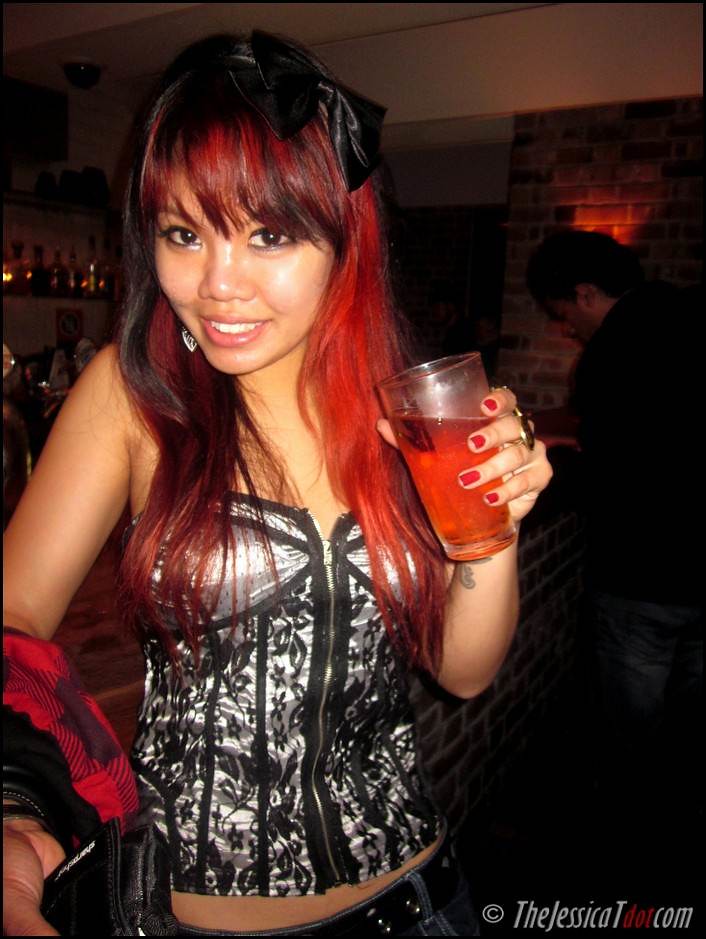 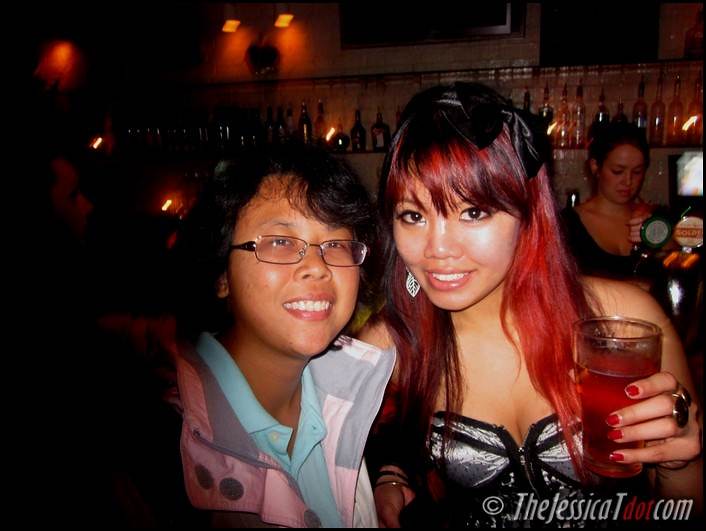 With Cousin Bernice over a pint of cider

Cousin Ken, Bernice and I then headed off for dinner shortly after 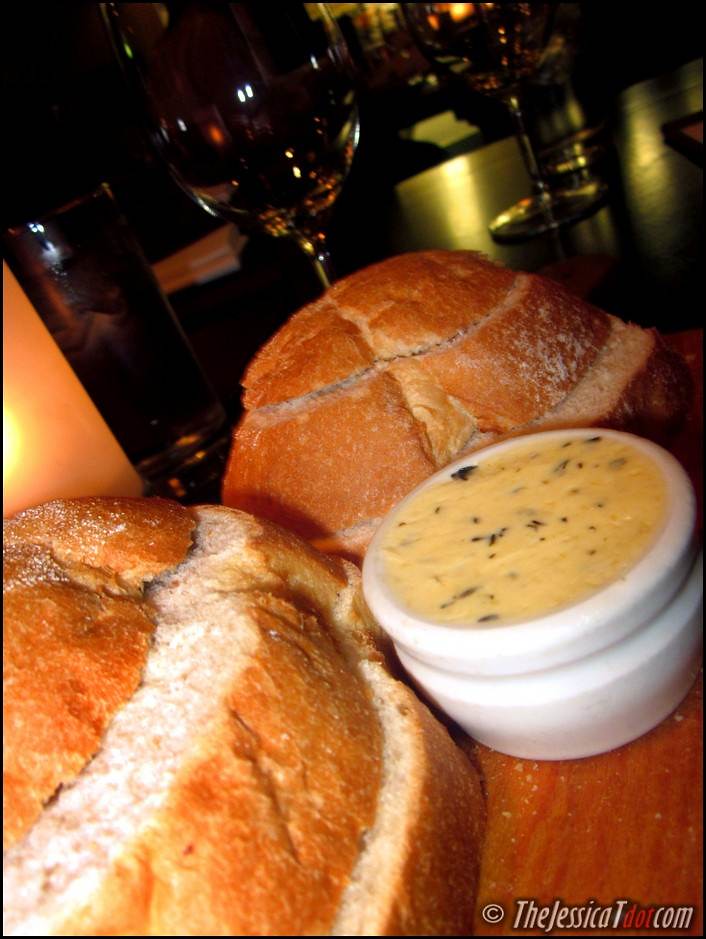 Ken suggested we have some wine but since I've already had the whole pint of cider beer in Ivy already, I figured that I didn't feel like having another alchoholic drink. Besides, for a posh restaurant like this, it's going to cost a bomb!

After much persuasion, we ordered 1 glass of wine. I recommended him the Pedro Ximenez Sherry Spain, one of my faves. 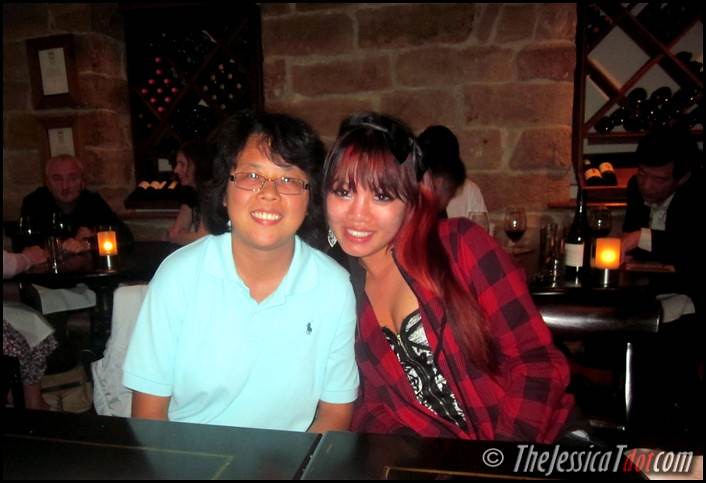 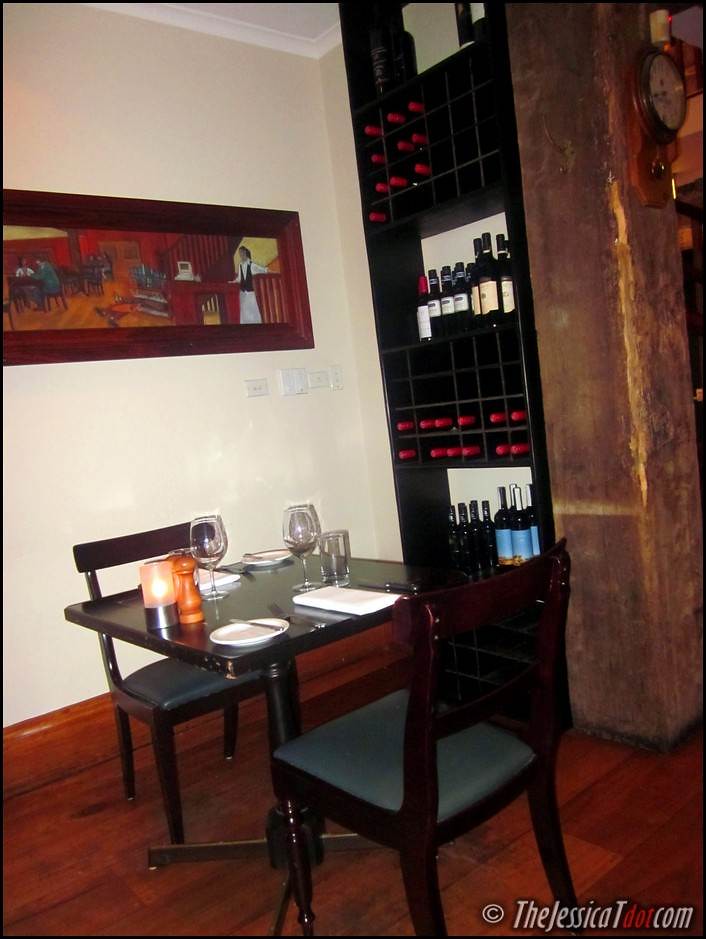 It was classy and dimly lit.. also full of wine bottles everywhere!

On to the food! 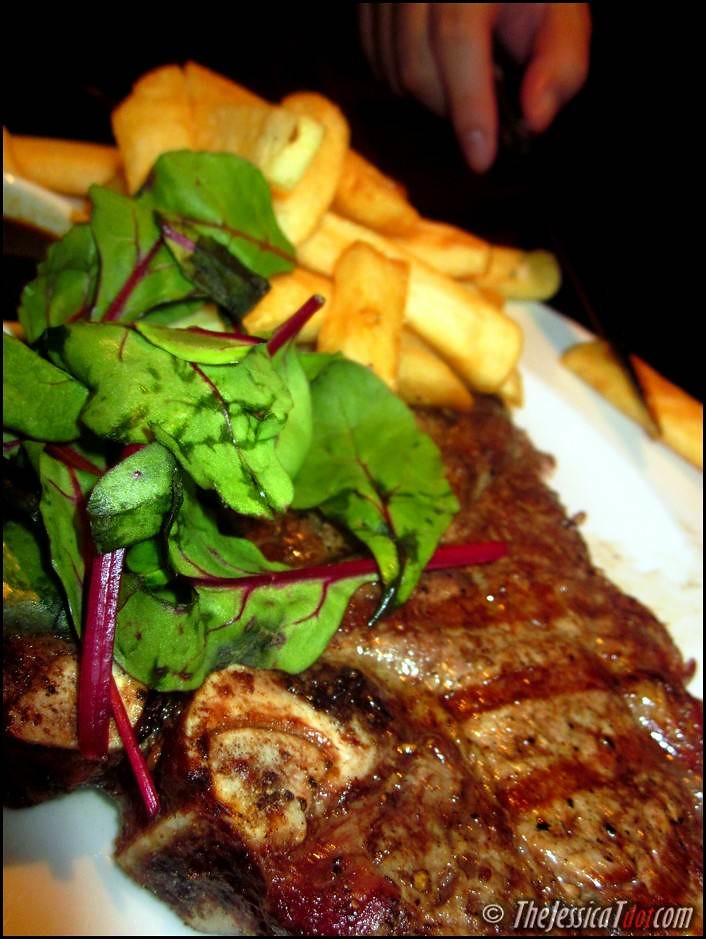 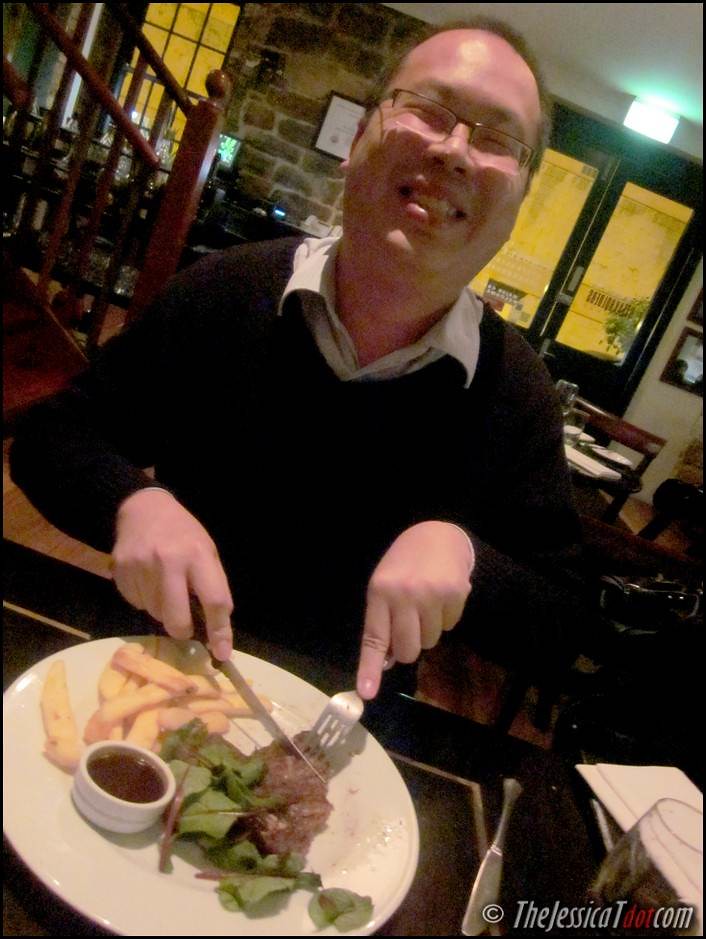 A very happy "laughing Buddha" 😛 😛 It was yummy! 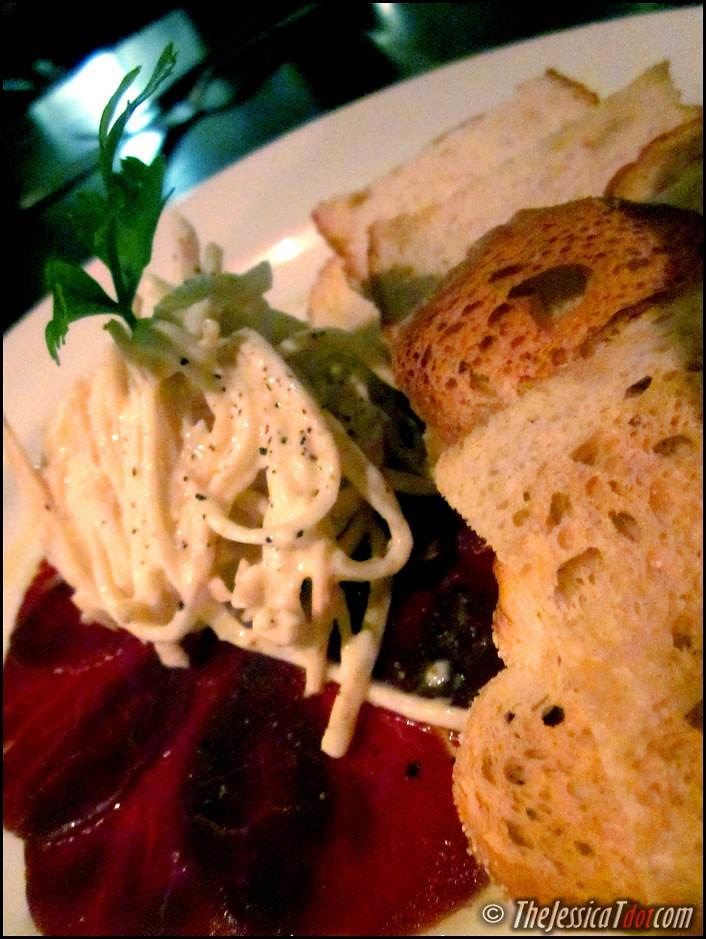 Although it was tasty, the roo, as you can see, only came in 4 tiny slices

I felt somewhat cheated? How can the main star of the dish be in such a tiny portions?

We were hoping to have more kangaroo on it, at least. 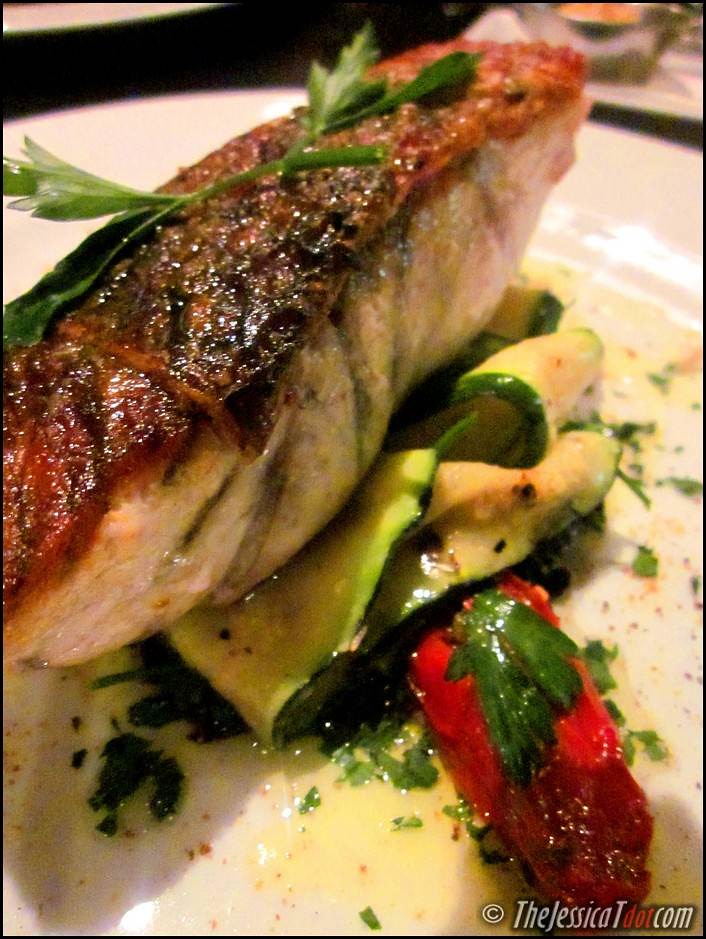 T'was absolutely delicious. What can I say? Pretty obvious that I'll order fish again – just like every other time. 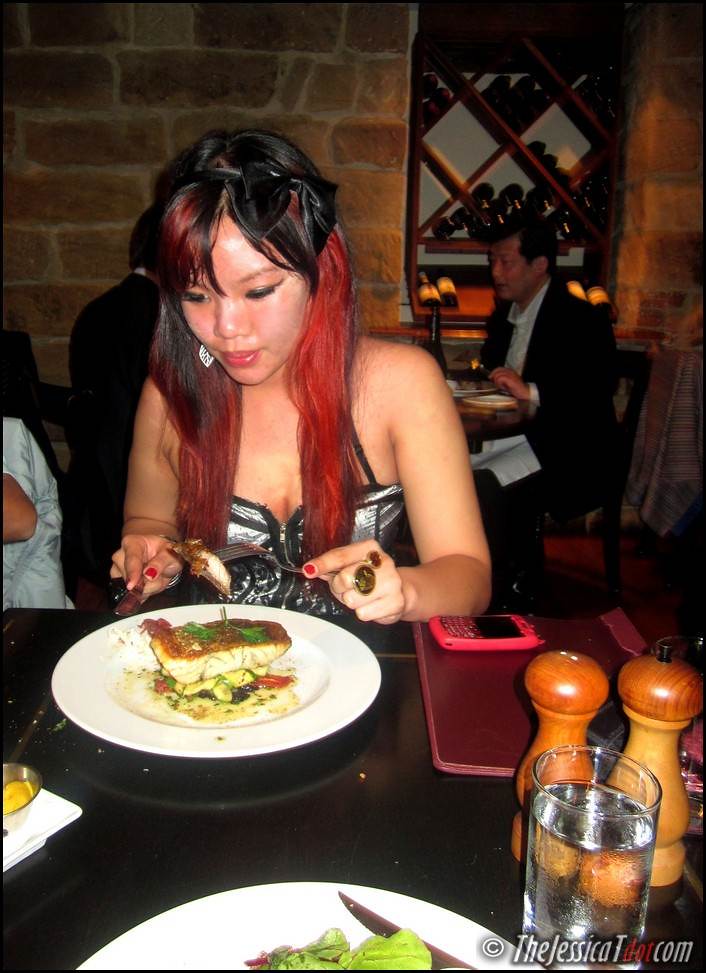 Was so happy and satisfied with what I ordered!

And finally! Dessert for the sweet-tooths

Although I'm not really big on sweet, sugary stuff, if there's one thing I can't resist, it's chocolate! 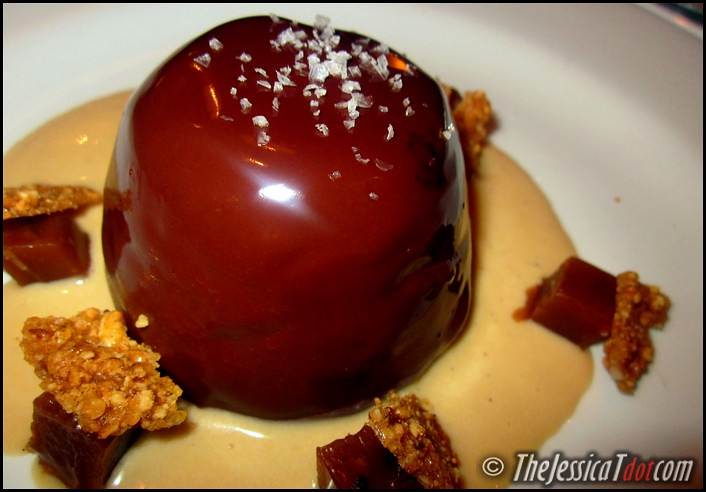 That's one crazy combo, but it worked perfectly well! Who would've thought? 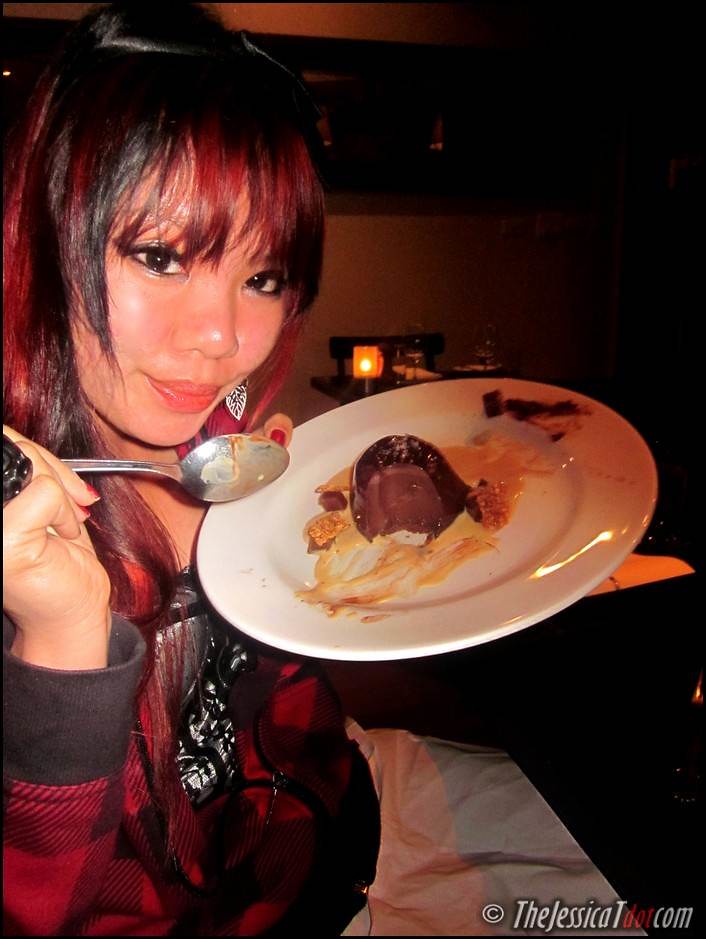 Major heaps of love for this dessert! 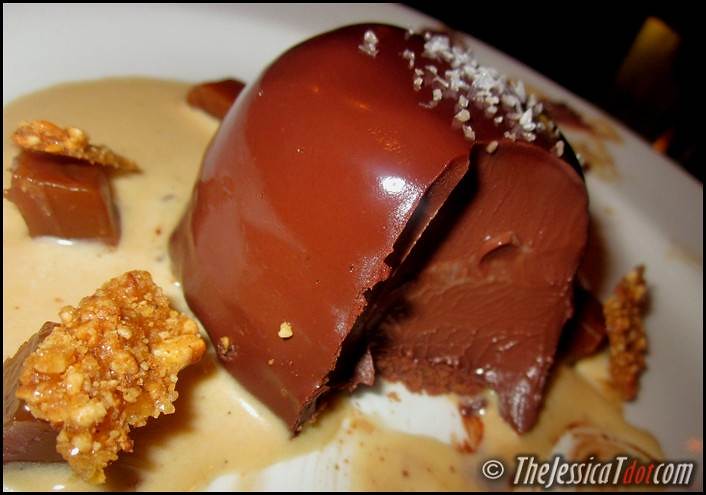 It was SO SMOOTH and creamy, reminds me of mousse but better!

After a scrumptious dinner (thanks Ken!) with our happy tummies, we decided to go for a spin at Star City casino – Sydney's one and only largest casino! 😀 😀 Hmmm.. let the dices roll! 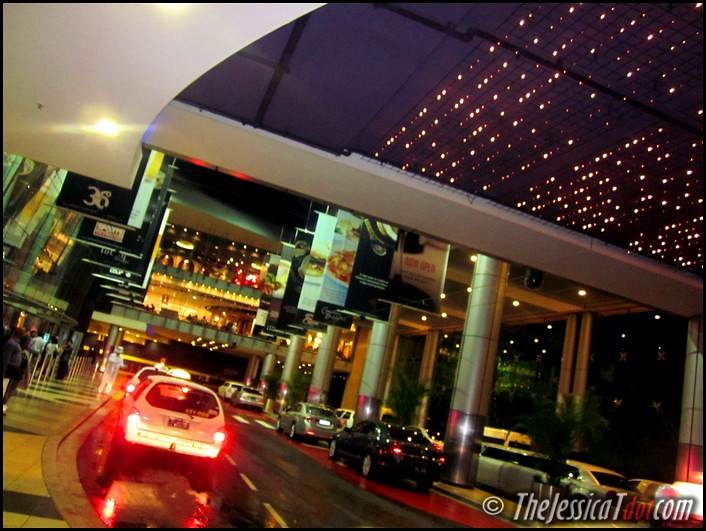 We arrived and I was pretty impressed by the grand drive-through entrance! 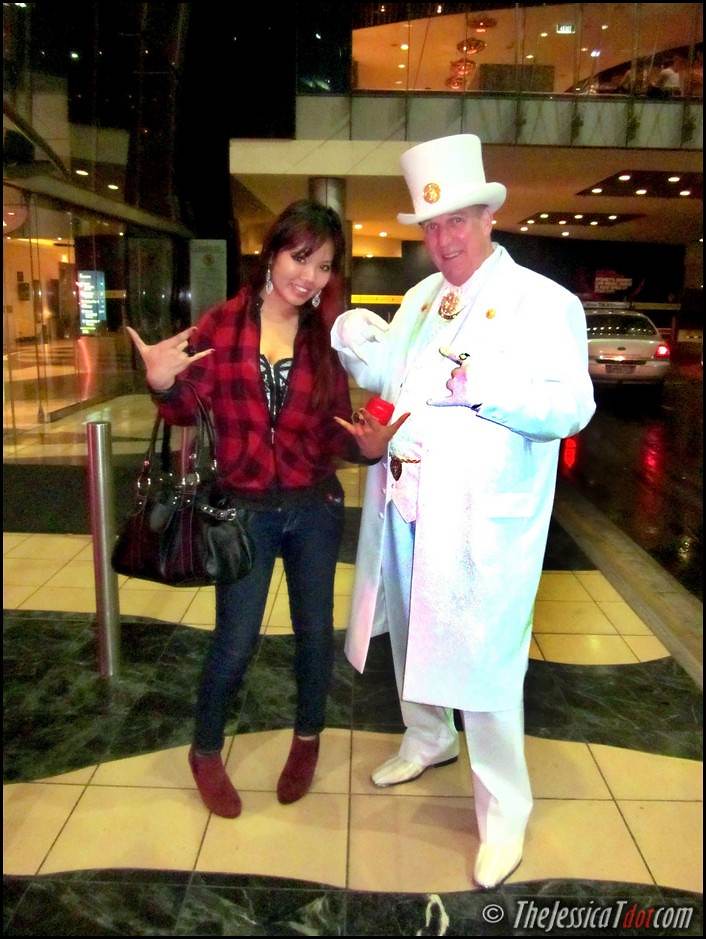 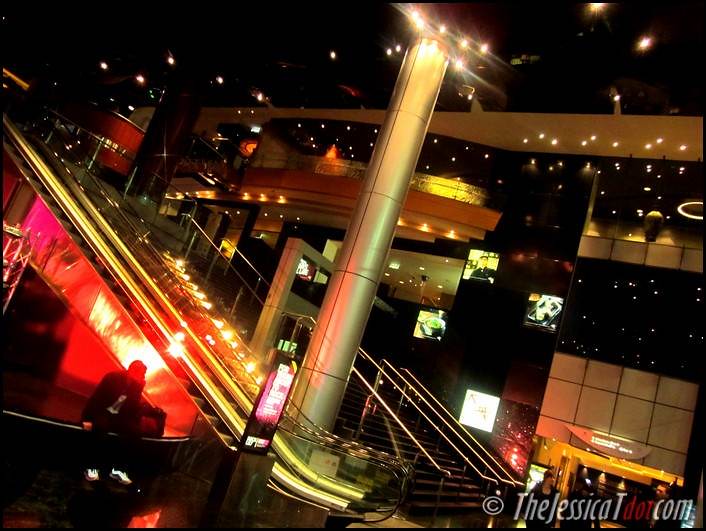 The insides of Star City Casino

WOW! You gotta even take an escalator up where security will check your IDs at 2 different spots 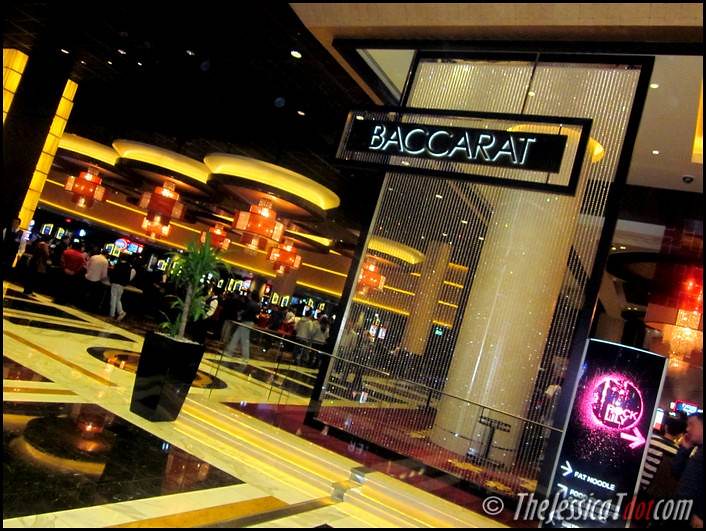 That's my favorite game I always play at casinos, apart from Roulette and Big vs Small

And guess what? I won triple the amount we put in tonight $$$