Yay! After an 8 hour flight, I have finally arrived in Melbourne @ Victoria, Australia!

Sorry I haven't been updating in almost a week!   Been so busy packing my jumbo-sized luggage !

I had 1 check-in 30kg luggage, 1 cabin 12kg luggage and a 5kg backpack to stress upon these few days.

What to bring? How many of this to pack? Is that necessary to bring along?

And this? What about that? Yadda yadda.. Decisions! 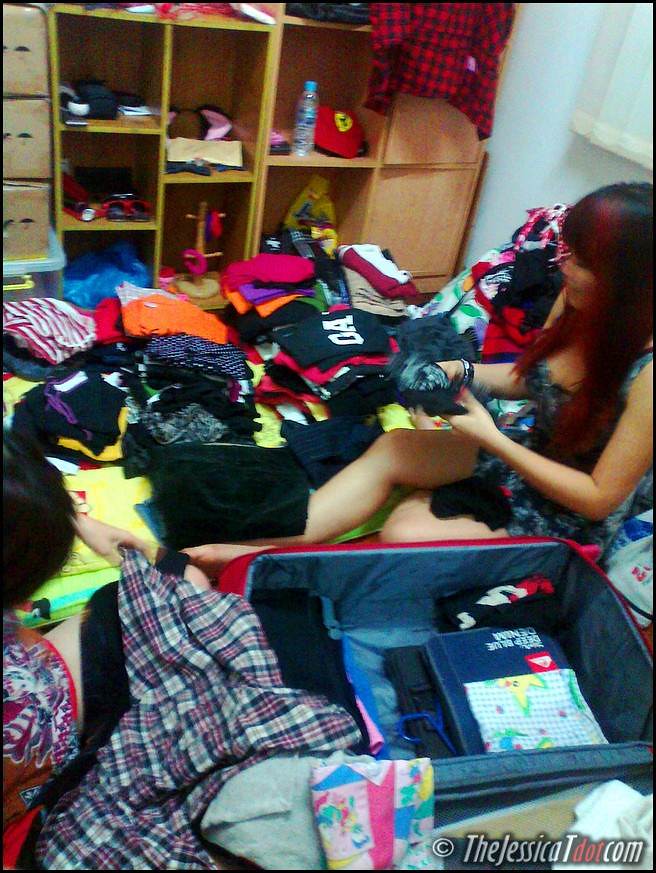 So much to carry, so little space 🙁

Thankfully, I maxed out my luggage and exceeded the 30kg limit by 1.2kg only phew! But my cabin bag exceeded a whole lot more than it should 😛 😛 Not to mention that my Deuter backpack was murdering my shoulders by the second 🙁

Most importantly, I survived the check-in and customs sans the penalty. woots! 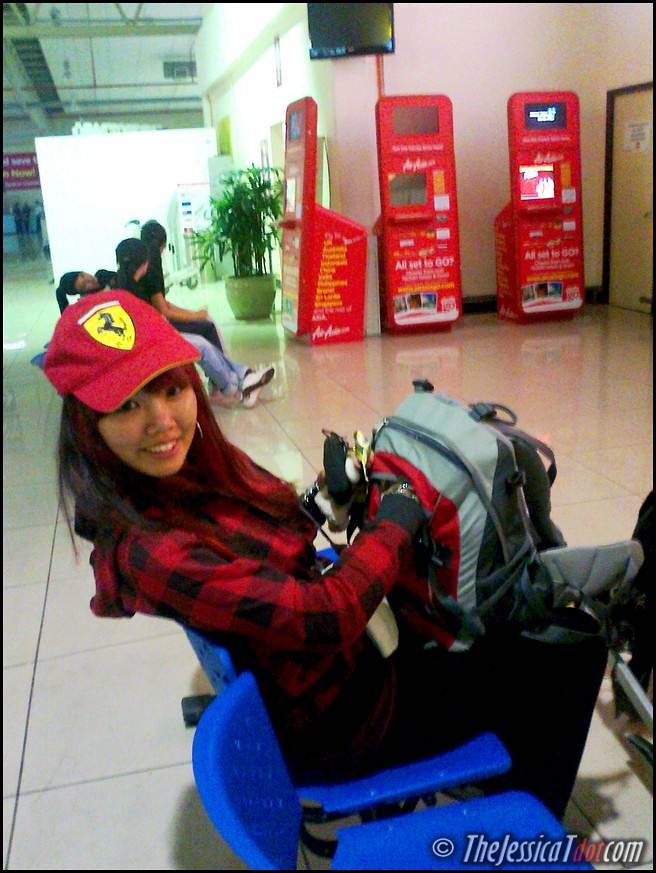 I was so glad I arrived 3 hours before time. When I was just sitting down chilling with thefockers, loved ones and friends, the queue for Air Asia's 11PM flight to Melbourne went all the way out until the entrance of the airport!

By golly! It's a freakin' full flight yo

Words can't express how touched I am by the influx of people sending me their best of wishes and luck through calls, SMS, BBMs, Whatsapps, emails, Twitter and Facebook. I hope I managed to reply to ALL of you personally 😉

But nothing compared to the people who took their time to send me off at the airport in person. Thank you thank you so very much! You know who yall are! 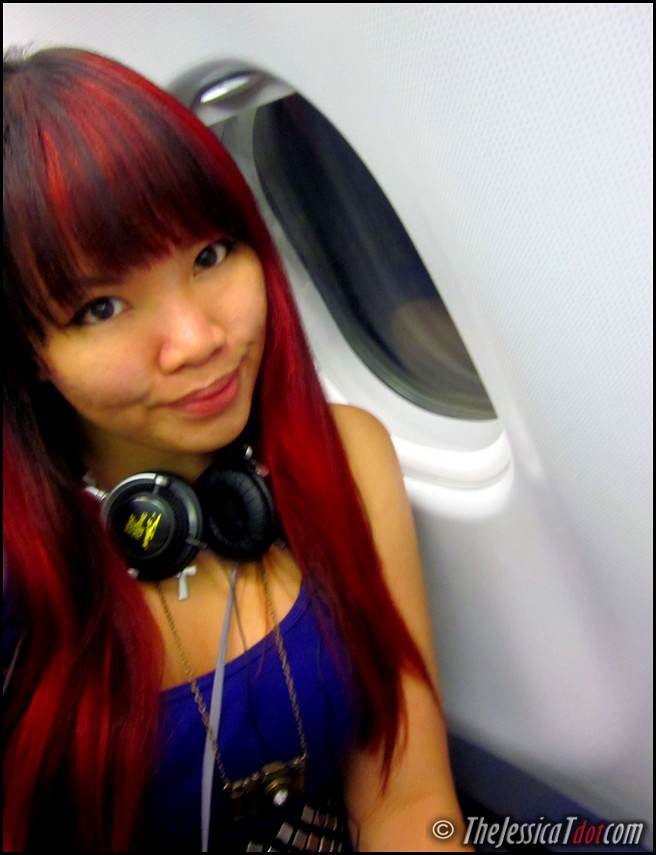 Boarded the plane on time and here I am at 10.45pm camwhoring

Was bored! I decided to kill time by llistening to my trusty ol' iPod and making friends on the plane. Grace and I got along very well; the topics of interest between us ranged widely from temperamental climates, Long Distance Relationships to dead grandfathers.

Oh and, the seats were far more comfy than I expected it to be 😛 Guess it's time to catch some zzz before I arrive the next morning! 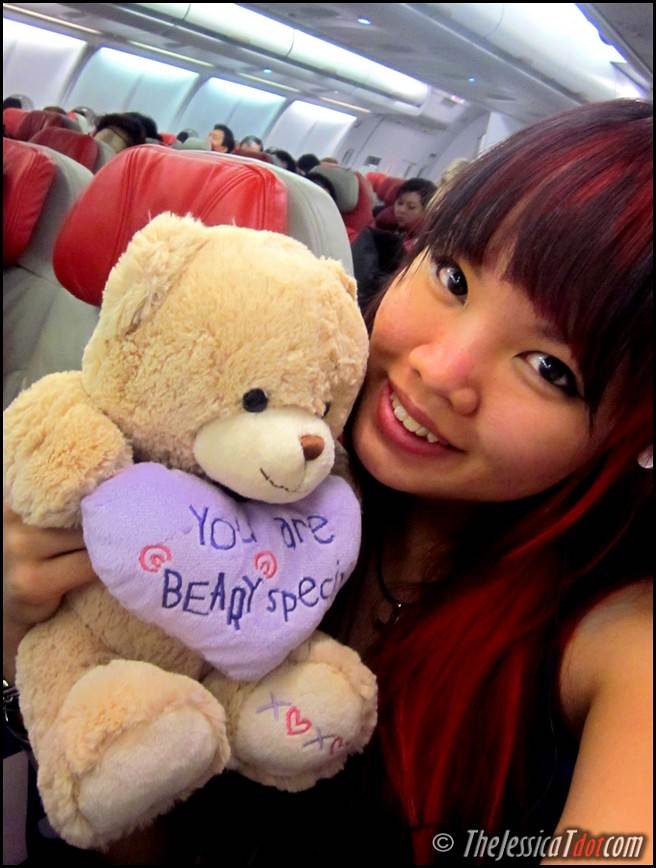 I cuddled Beary tightly and tried to sleep.

It was a surprise gift for me in the airport!

Initially, I was kinda worried that I was unable to stuff another item into my luggage but who cares? I hand-carried it around anyway. It's my only form of comfort lest I turn emo on one of those rainy, lonely nights in a foreign country far from my loved ones

I swear I tried to sleep but my mind was still unweaving and going about in circles. God knows what's on my mind, really. In the end, I didn't even manage to catch a wink of sleep so I stayed up all the way and waited for the sun to rise. 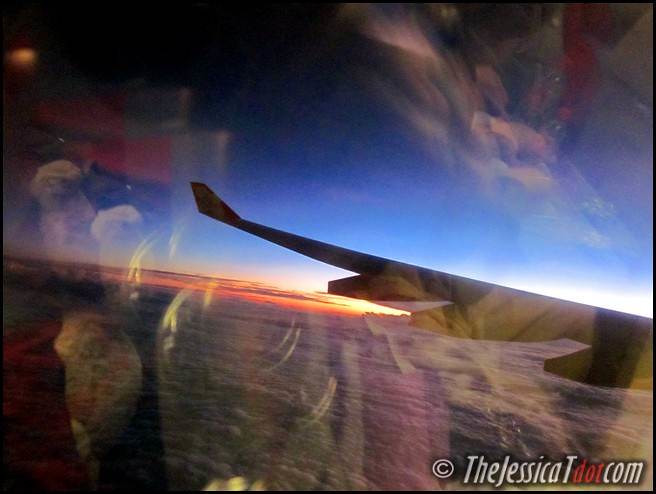 I feel the sun creeping up like tick tock~

Every time I tried shutting my eyes, I eventually open it to either that inconsiderate fool kicking my seat from behind, to someone going to the toilet or to a random person coughing. 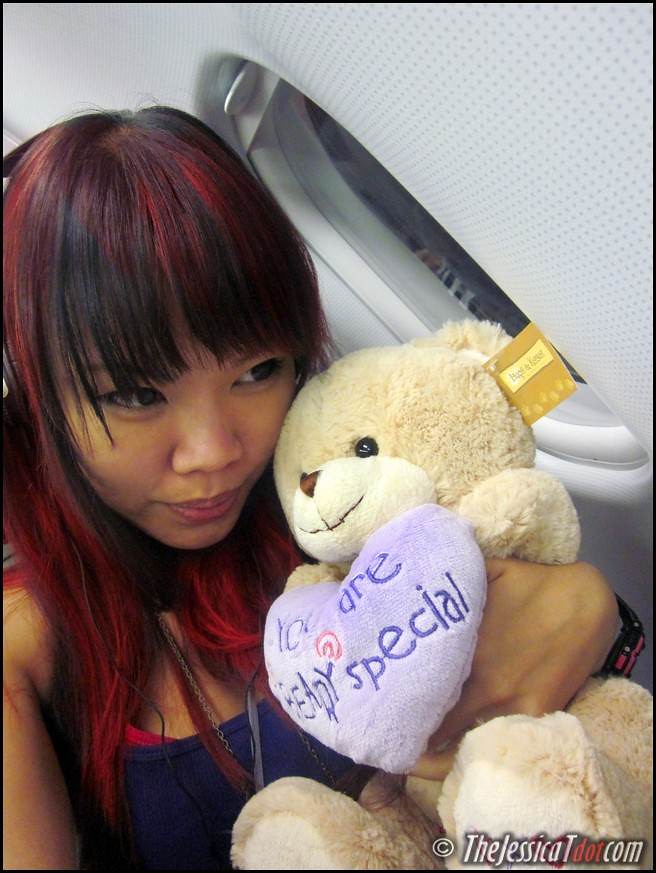 I need my sleep. It's way past sunrise now.

Needless to say, I gave up trying to sleep.

Looks like my body is all geared up with the mightiest adrenalin rush you can ever think of and hence processed that sleep < Australia. Fine. I took sunrise pictures instead of snoozing like everybody else. 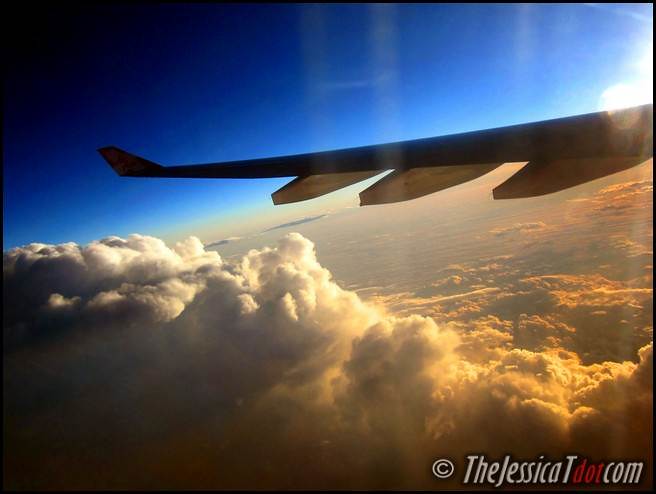 It was beautiful beyond words! 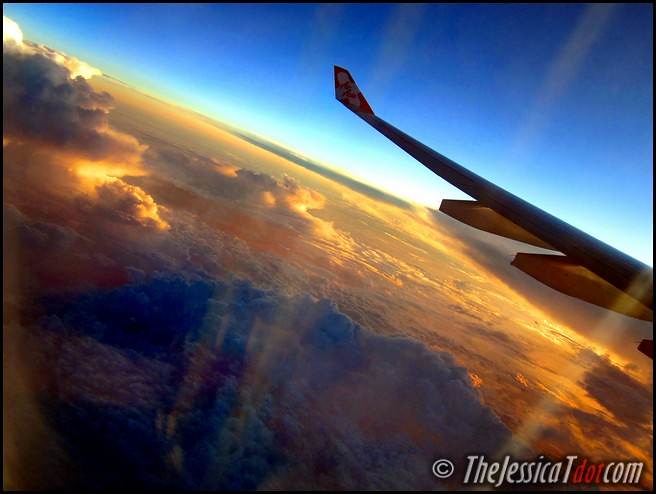 The golden rays of the sun seeping through the clouds!

For a second there I felt like I was in heaven 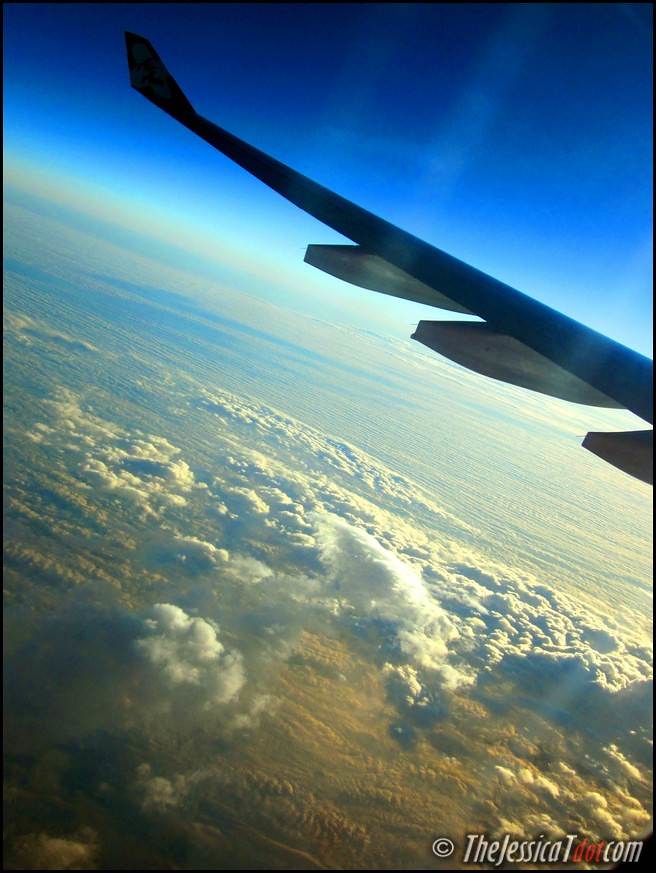 The cloud formation was beautiful this morning too.

It reminded me of the tides of the ocean waves

The pilot gave a short announcement about the wind speed and temperature. He also reminded everyone to change their timezones to GMT+11 instead of our usual GMT+8 of Daylight Saving time.

Ohmy. I still cannot get around the fact that I will be landing in Tullamarine airport in Victoria under 15 minutes. Excited? Sorry, that's an understatement of the day 😉 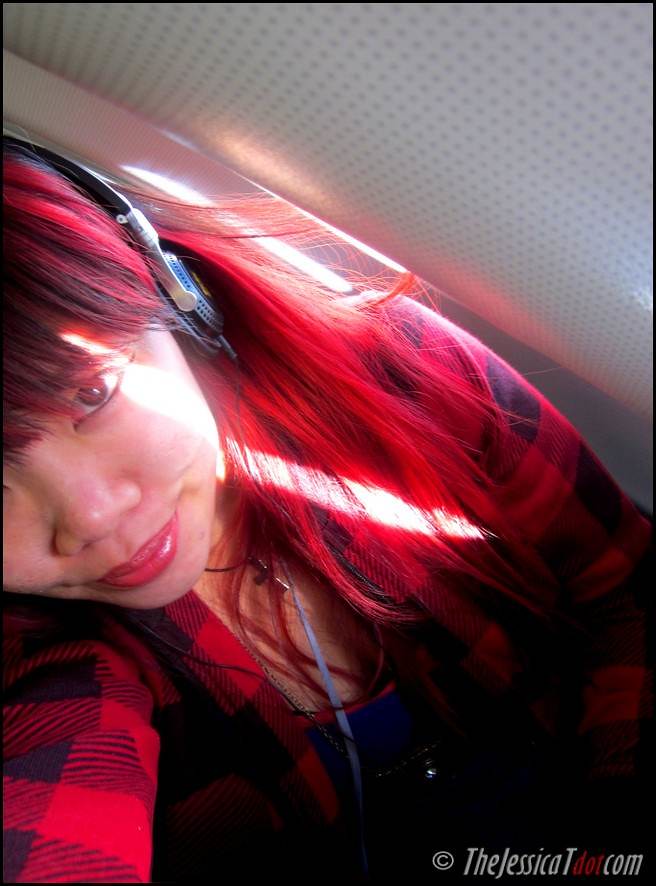 And we landed safely! Thanks everyone for all your wishes 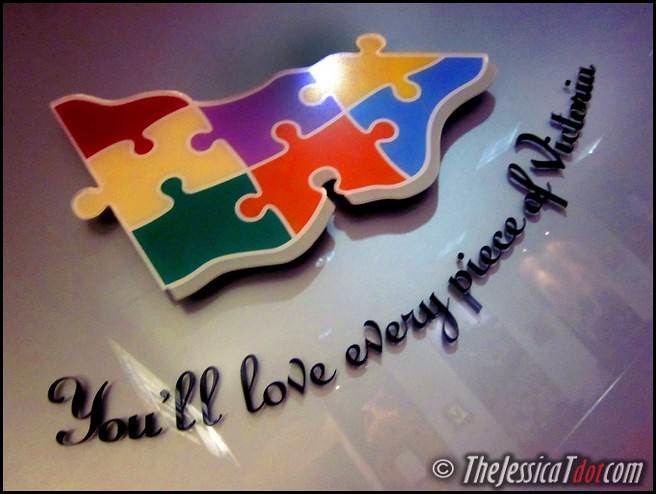 I sure hope I will

Drove past the central city, Elizabeth St., Bridge St., Richmond St. and a few other suburbs before I finally arrived at Camberwell, Melbourne – where I'm staying for the time being.

As of now, it is 18 degrees celcius and I'm freezing my toes off. Someone touch my fingers now please, they are no different from ice cubes! Looks like I've got a lot to get used to 🙁

I was told by my Australian friends that Melbourne has the most insane weather of all. One can experience the 4 seasons in ONE day! Talk about temperament, sigh! 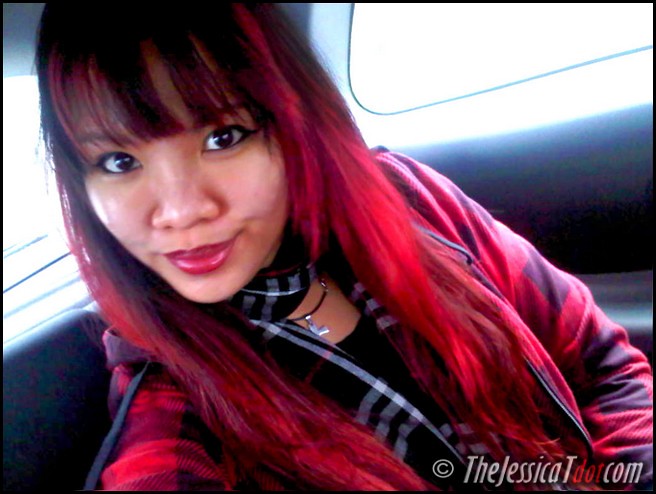 One minute I was wearing a tank top & shorts and the next I'll be clad in thick layers of clothing & gloves.

Bade farewell to the humidity of Malaysia… hello Melbourne!