Killed and buried? I doubt it. Who really says Osama bin Laden is dead?

To be honest, who kills the worlds most wanted man, announces it overnight and then keep everything else under the wraps?

That certainly wasn't the way they had Saddam Hussein killed or any other big-time criminal.

Yeah so apparently, he took a bullet in the head in a 40 minute battle in his own lair in Abbottabad, Pakistan.

Ever believe in regeneration? Yeah, there's two of them now. 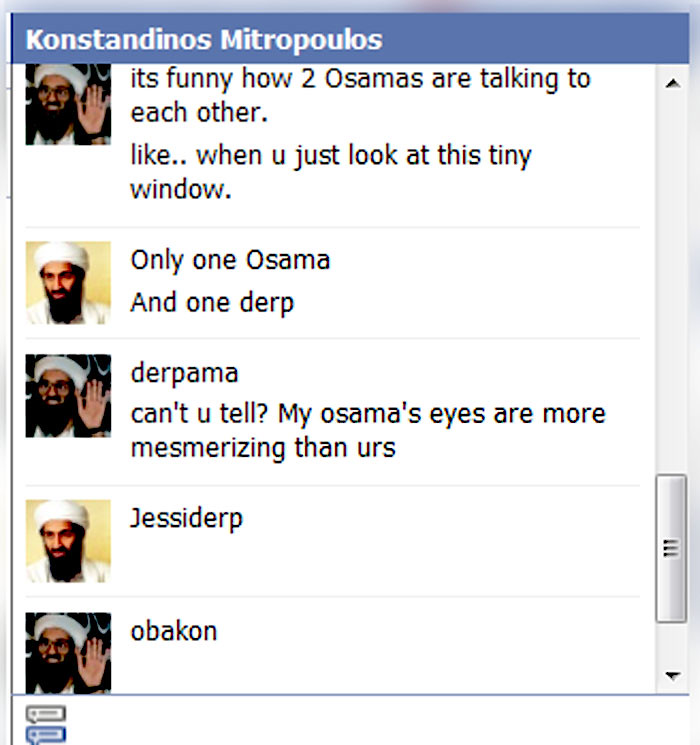 Just for the lols.

I changed my profile picture on Facebook to a rather odd-looking version of Osama bin Laden for the fun of it. And as expected, it garnered itself much attention and humour from my friends who saw it. 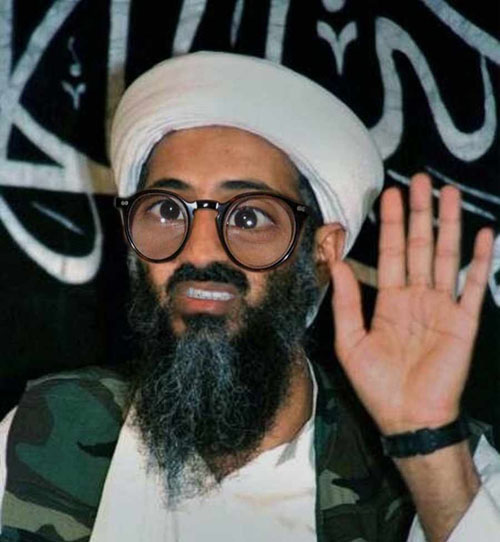 And coincidentally, Kon had a picture of Osama as his profile picture too – albeit a glorious, proper portrait of him – not one of ridicule.

So I figured print screening us talking to each other on chat would be comical!

Whether or not they say he's dead or had his body – according to the Herald Sun –  "secretly buried at sea", I certainly do not believe his dead. Would you believe some heavily mediated news and announcements without any proof?

Where's the DNA test that certifies that it is indeed him? Any credible sources? Obama's speech?

Some n00b photoshopped photo of his bleeding head? Sorry, they don't convince me.

I wouldn't like my dead self to uncannily resemble my face when I'm in a good mood talking.

After all, he's also known for being the world's most famous hide & seek man. What gives?

His death doesn't symbolize the death of terrorism anyway. Hurrah! Way to go.