When two adults play at night in a deserted playground, what do they actually do?

Hahaha. So the title caught your attention, didn't it?

Well as suggestive as it sounds, we all know what goes bump in the night. Many a time, I've driven/walked past playgrounds only to find two heads bobbing up and down behind the park bench or the bushes. I bet you -at some point in life- have heard stories or saw it for yourselves too. 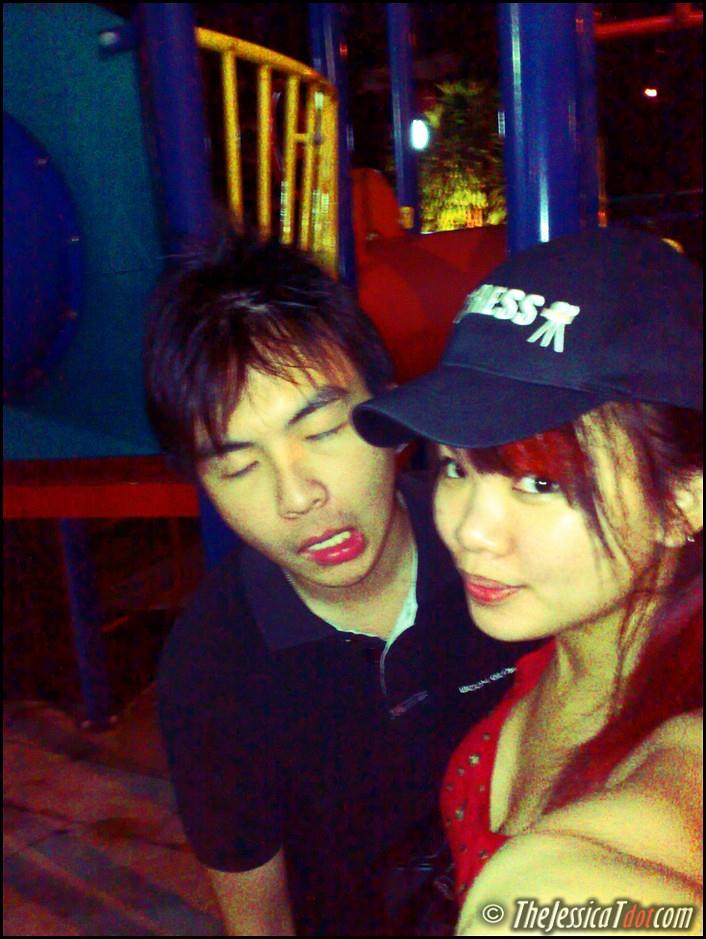 The last time I ever stood in a playground was more than 10 years ago.

So one fine day after dinner, theboyfie Josh and I decided to walk around to ease our bloated stomachs. Apparently, digestions seems quicker that way LOL! Not long after, we spotted a playground. 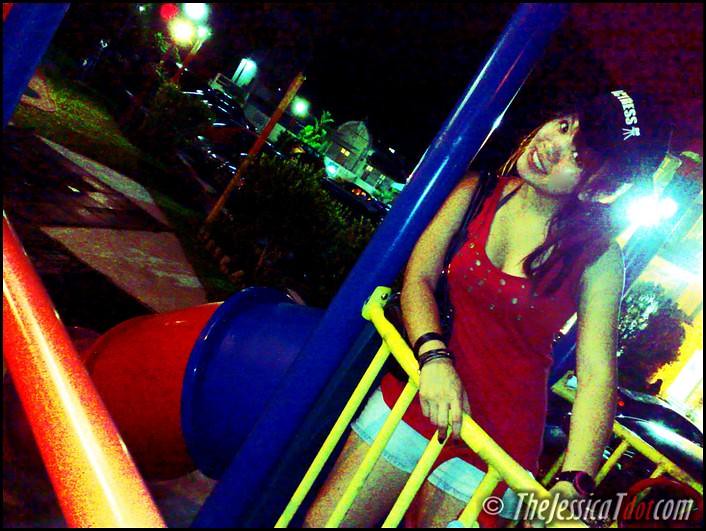 Have you actually sat down to reminisce, what was your favorite plaything at a playground?

Or in fact, can you even remember each and every single equipment that a playground has?

I don't know about you, but I certainly do not. 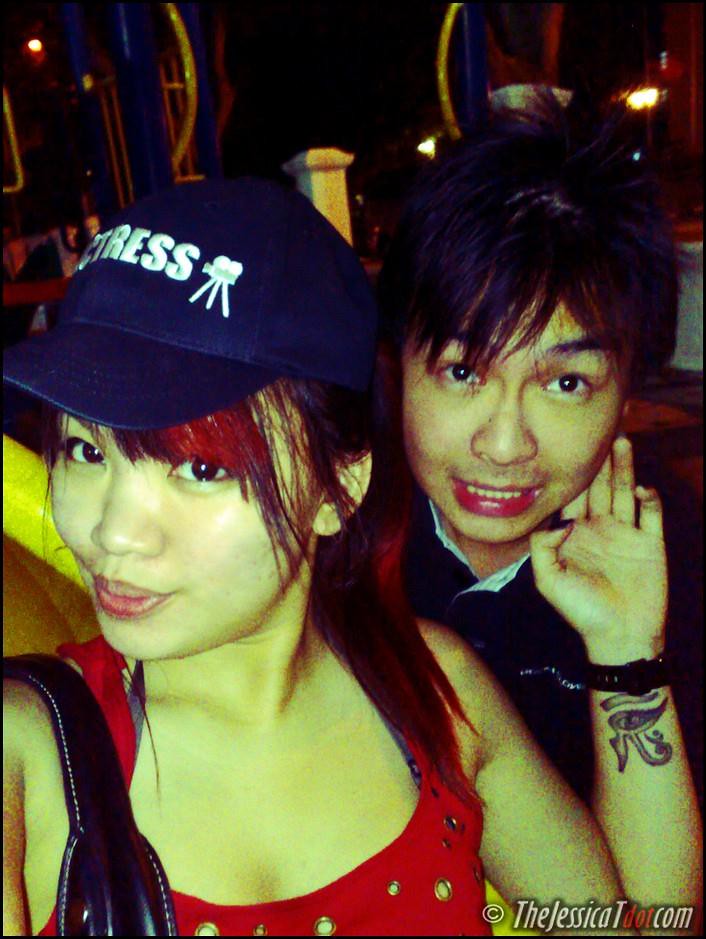 We're gonna find out tonight … and if we're lucky,

Okay so there were the swings. We played on them for a little while, only to find out that the soles of our shoes scraped the pavement below so hard that all the friction spoiled any bit of fun we had on the swing. Bah humbug!

We then proceeded to the huge equipment with lotsa playthings jutting out from every side. Totally reminds me of that big bulky equipment in the gym where the body builders always hangout! Guess this is the kiddy version of it huh 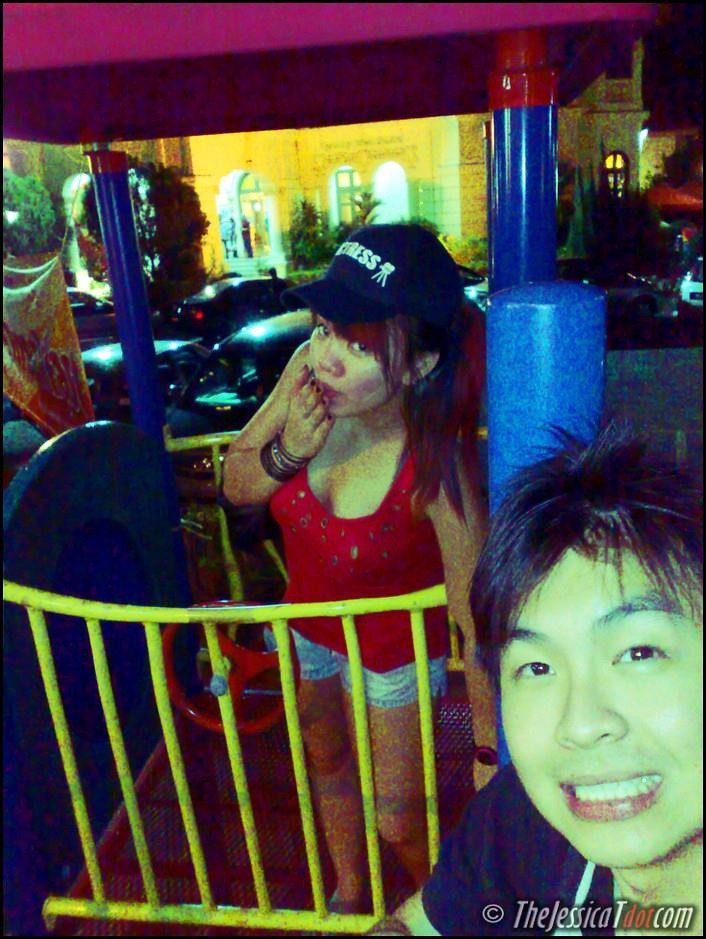 It was relatively high. Probably about 6 steps above

But it had safety bars there in case anyone falls 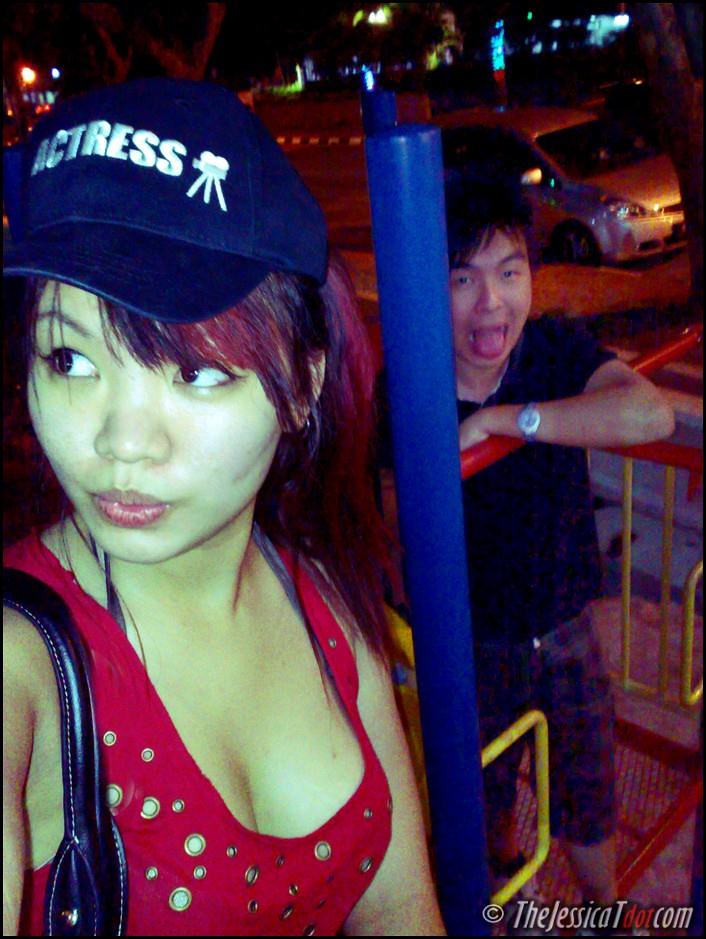 Got photobombed by theboyfie again. RAWR. Anyway as you can see, there were lotsa platforms

When I was little, my playmates and I made it our "station" especially when we played Catch. The "it" wouldn't be able to catch us if we had any contact with this safe station. LOL memories! One of my friends in pre-school burst into tears because we refused to move from the station.

Poor girl didn't like being "it" for so long. 😛 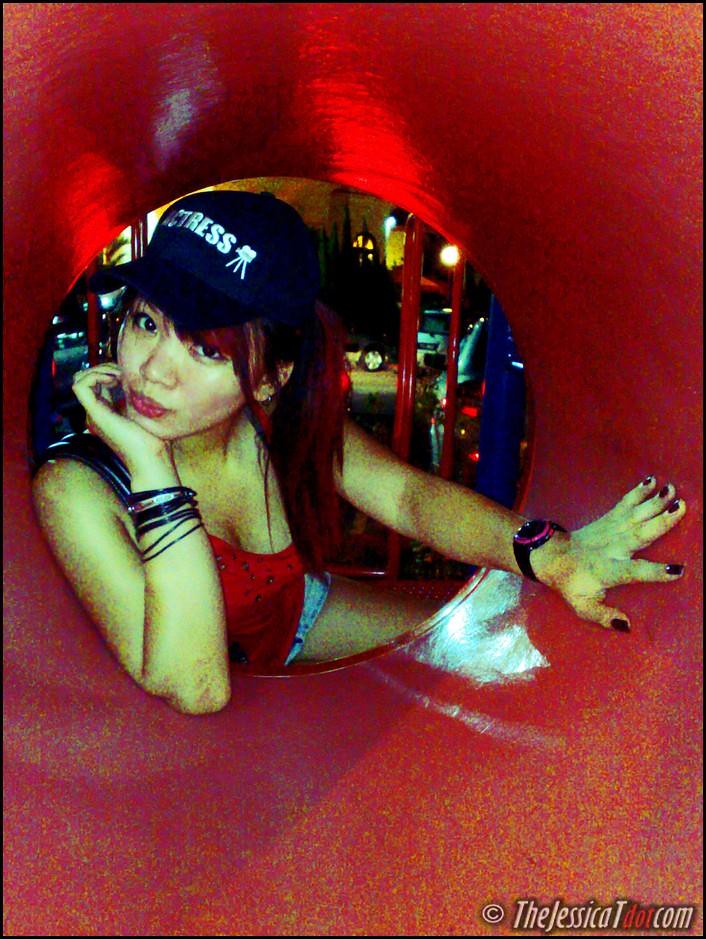 but believe me, we couldn't actually crawl through it 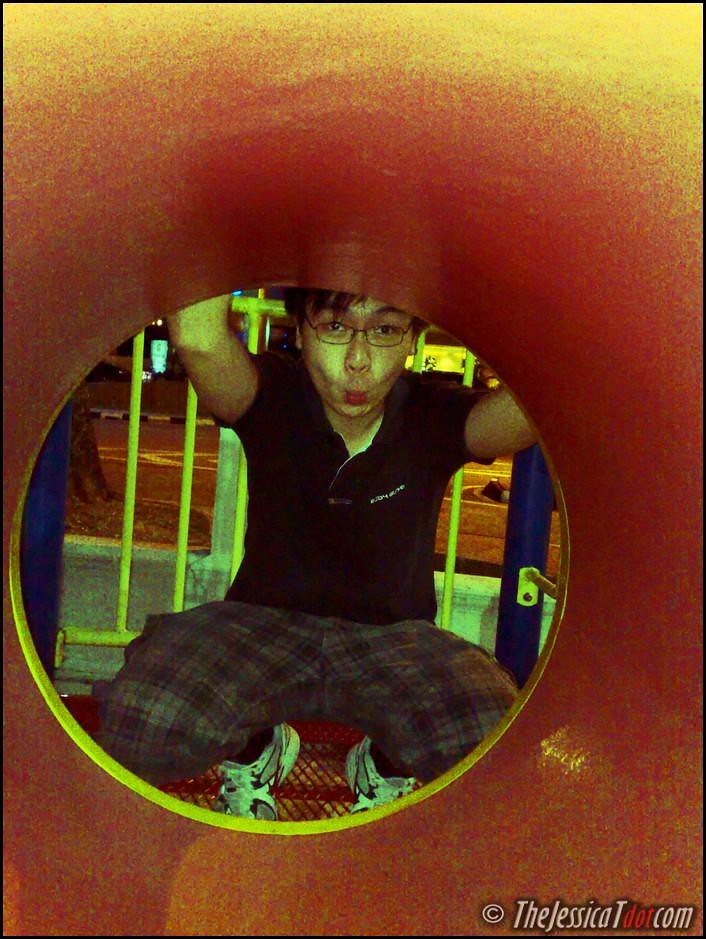 Not that we actually got ourselves stuck inside to testify that

But well, we did TRY crawling in

And of course, there was the age-old slide. I reckon no playground is complete without it, really.

When I was 5, there was a protruding nail on the wooden slide and when I slid through it, you don't exactly want to know what happened to my shorts and the back of my thigh. Ugh. Nasty! 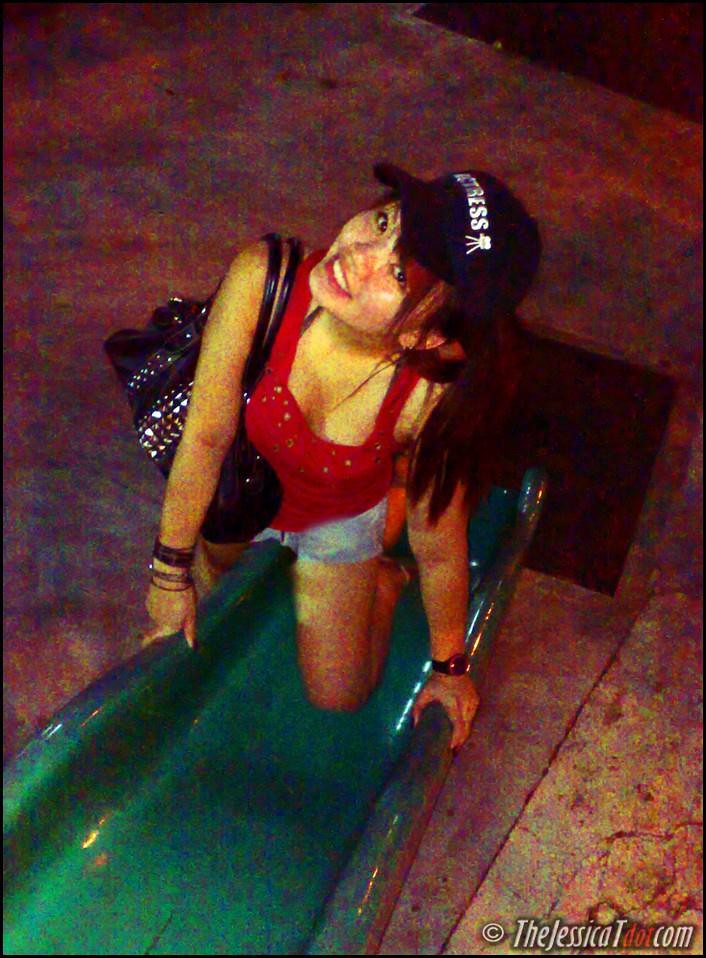 At least this one is made of plastic. Childsafe! 😀

The huge colorful "station" was really huge that it even had TWO slides adjacent to each other. 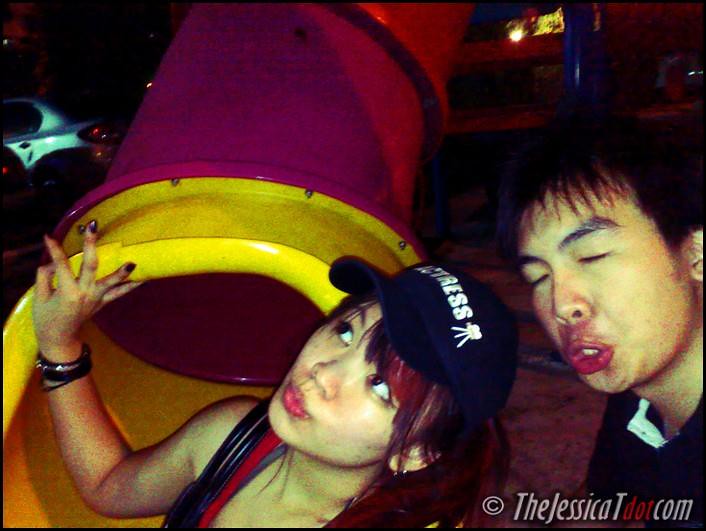 This slide was somewhat different from the typical wooden and diagonally-down slides.

This one was spiral! Hey. I didn't have that as a child.

I actually thought of giving the slide a try after more than 10 years but decided against it because theboyfie said we'd prolly get stuck inside and the management would have to oil/grease us out of there. LOL!  Hey, we're not thaaaaat huge!

We climbed up higher and found this… 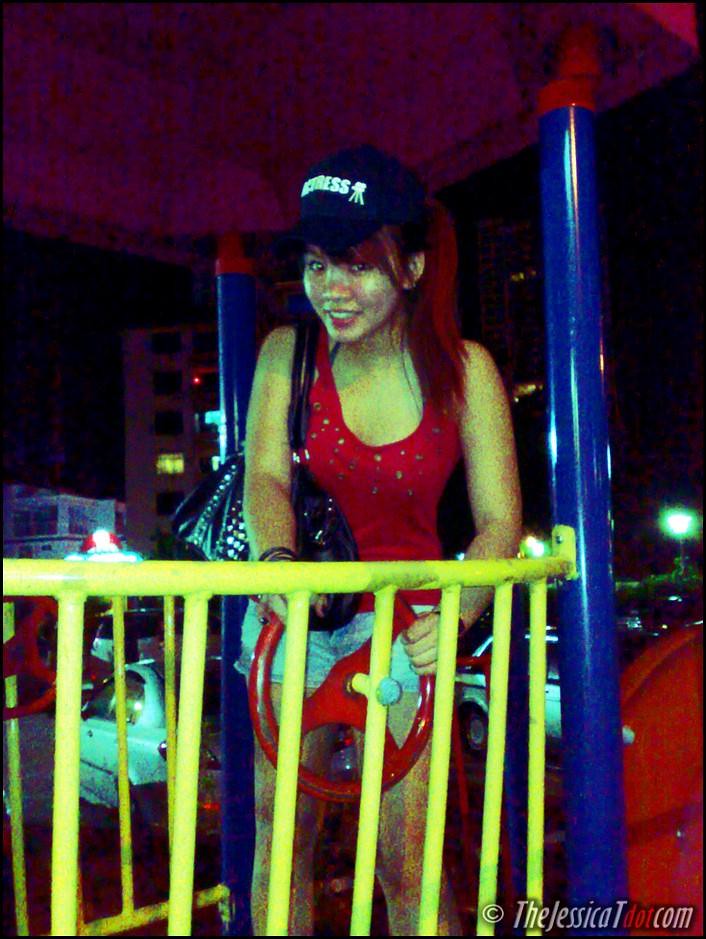 There was this steering wheel which practically steers…


Unless this is some playground from the movie UP and when it rises up with helium balloons, I could steer us all the way to South America! Now that would be fun 😛 😛 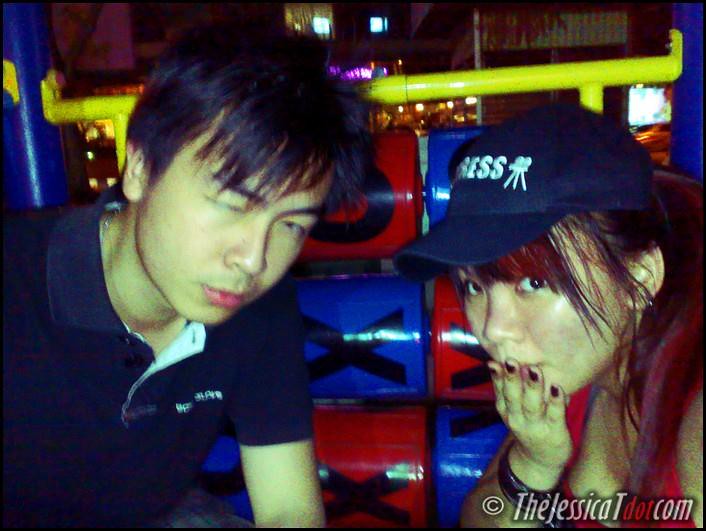 I think we played about 3 times and nobody won!

I guess old tricks die hard! 😀 Little did we know that we spent almost an hour at the playground. A fun way to spend the late night!

And if you were wondering, no we didn't see any spooky beings nor incorrigible acts. Whoopeedoo!