So Adam Lambert arrived in Malaysia yesterday and the organizers held a press conference for him this afternoon.

How was the night concert just now? 🙂

I hope you enjoyed his show! I gave up my passes as I had some other commitments to be somewhere else at the same time 🙁

Doesn't really matter though, as I've already watched him live in concert a few weeks ago in his Glamnation tour at Marina Bay, Singapore during the F1 Grand Prix courtesy of Maxis & Lotus Racing 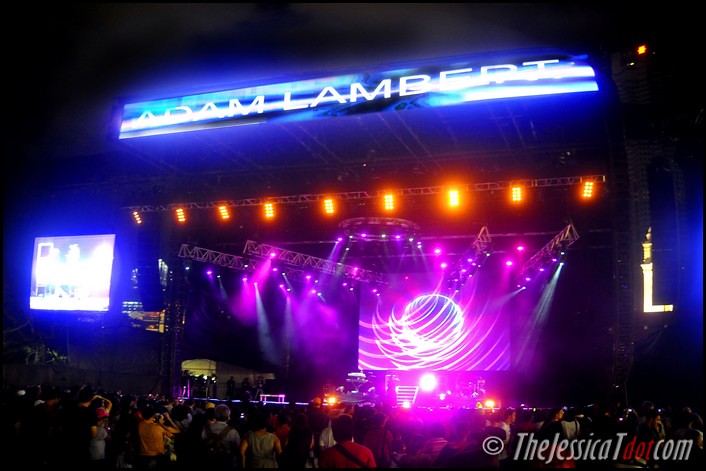 The stage all done up for a night of the Glamberts!

I also heard that there was much protest against his concert because of his so-called "promotion of gay culture", including gay acts of kissing male back-up dancers on stage and other suggestive gestures.

(courtesy of my good friend Joe who twitpic-ed it)

You *obviously* know who's behind this objection – the Malaysia Islamists opposition party, also known as PAS.

Come on guys, you even campaigned against Avril Lavigne and Pitbull previously -___-

(No offense to Islamic religion. I know your religion is just as pure and beautiful as ours, advocating good teachings and so on.

But unfortunately, it is these extremists that causes others to think negatively of Islams)

Gotta be kidding us, ey! You see, Adam Lambert ain't afraid to come out of the closet and admit his sexuality. In fact, he celebrates it with the rest of the world. We love his music, enthuse over his flamboyance and admire his success.

I'd like to see you staunchly religious folks getting any close to those magnificent talents and international success –  loved, praised and adored by many. And… what promotion of gay culture? 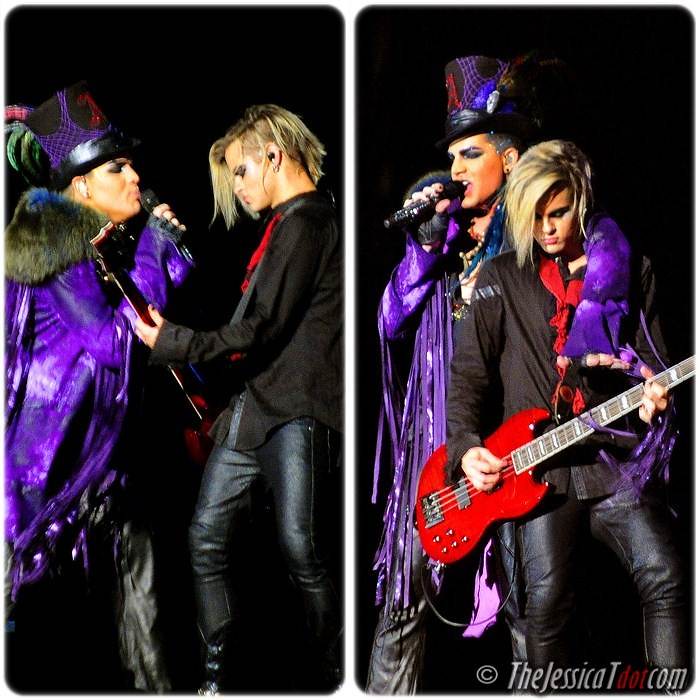 He had excellent chemistry with his guitarist! That's good for the success of ANY concert

Pffft. So what? You'd see this on the streets ANYWAY


Really, now. It's the 21st Century! Opposing and demonstrating against concerts or superstars will only reflect on yourself and the views you have.

Do you really think it will stop our "young minds from being corroded" and "diminish our moral values"?

Everyone witnesses homosexual behaviour – be it mild or extreme – in the malls, dinner eateries, clubs and practically anywhere in Malaysia anyway. I view it just the same way I see heterosexual behaviour. And your problem is? 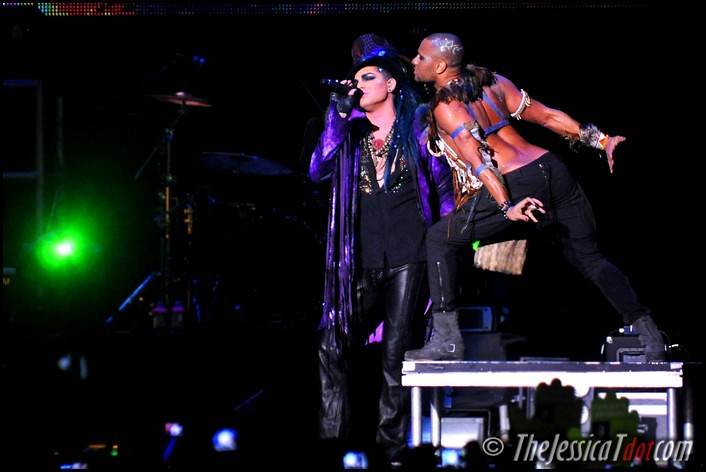 For goodness sake, RESPECT THEIR SEXUAL PREFERENCE and take it like a pinch of salt! For all you know, your younger brother, bachelor uncle or eldest son may be gay as well… I'm just saying!

It's sad that they can't be their true, real selves to even their own family members because you're too prudish to accept their apparently different placement of biological chromosomes

EARN YOUR RESPECT, YOU RESPECT THE HOMOSEXUALS FIRST!

You accept (and love) "abnormal" people with brain defects or autism.  So why can't you accept a different sexual orientation which are deemed "abnormal" by your standards? 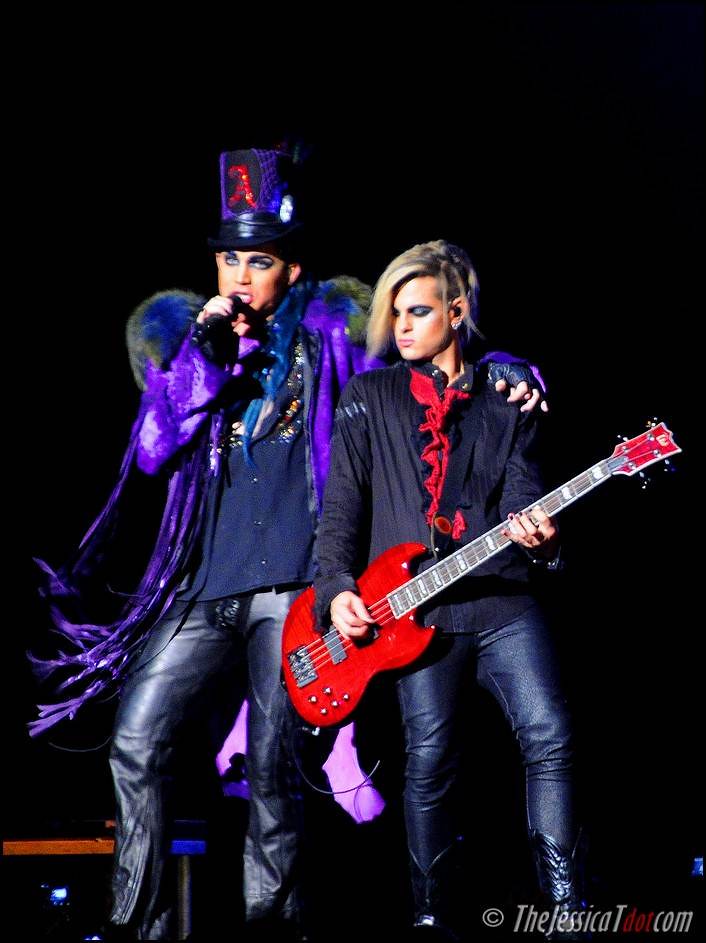 The gay community is very, very big. And with all due respect, there is nothing you can do to stop it.


Channel your focus and energy on crimes like robberies, corruption, reckless driving, marital rape, drug dealing, animal abuse, deforestation and illegal immigration rampant in Malaysia instead. That needs more attention for the betterment of the country AND THE YOUTHS.

Those are the real things that you should frown upon!

Those crimes! Being gay however, is not..

In fact, being gay does not make you any less of a person

OMG can't believe I finally purged my views on that. Why so serious hehe
And for the record, I'm straight. So whatever I've articulated above is an unbiased, honest opinion. 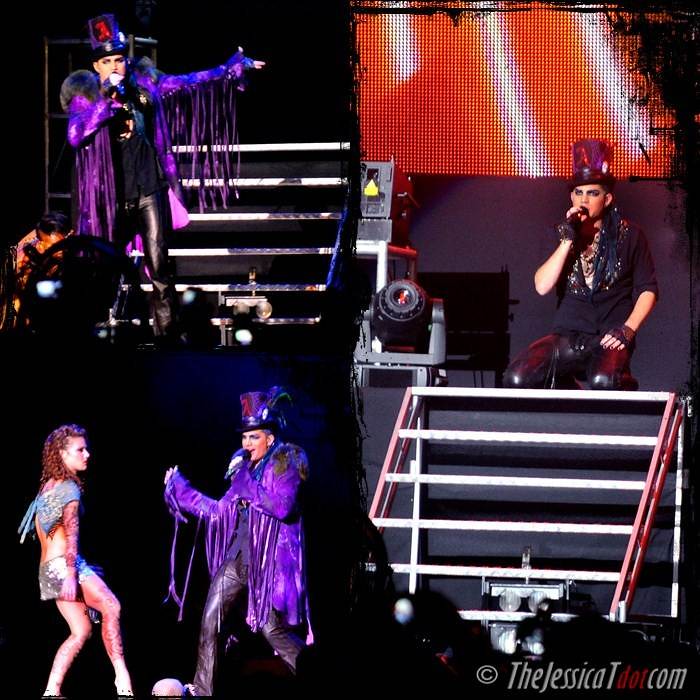 He got the ball rolling with a bonus track, 'Voodoo', on his debut album

It was as very fast-paced song and even more energetic performance, An excellent way to kick-start the evening!

When he made his grand entrance upstage, he was fully decked in a vivacious purple gear. Complete with the purple, feather mad hatter hat and furry, fringed overcoat. Whoa, it really made me go – what the? 😀 LOL! 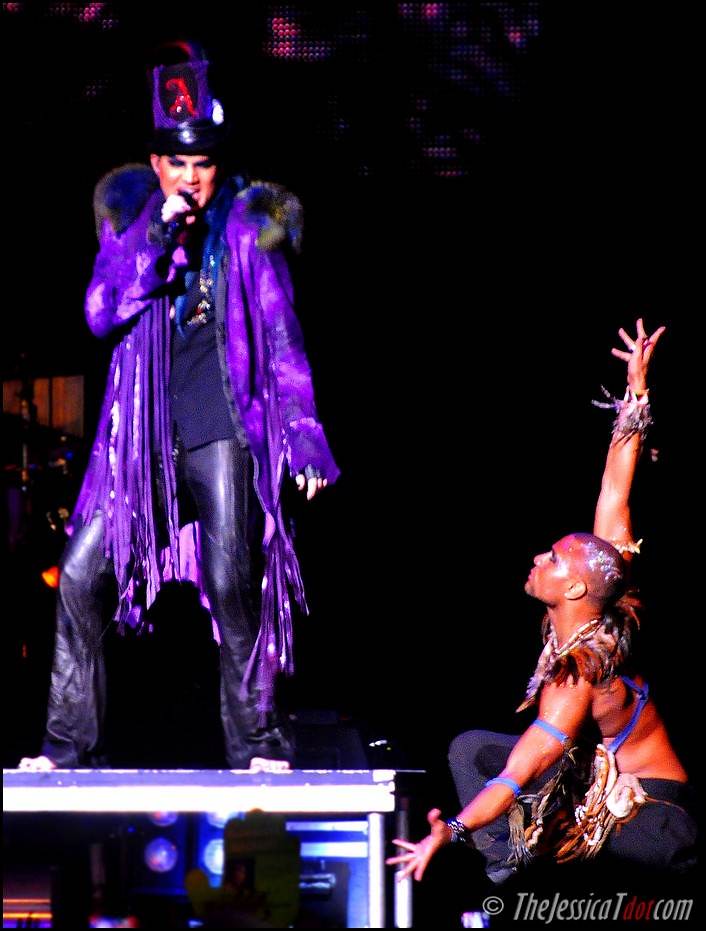 I wonder if he dressed in the same outfit at Putra Stadium in Bukit Jalil just now? 😀

He stole the show with pumping tracks such as Down the Rabbit Hole and Ring of Fire.

We were already perspiring from top to toe in our relatively little clothing, let alone Adam Lambert himself? 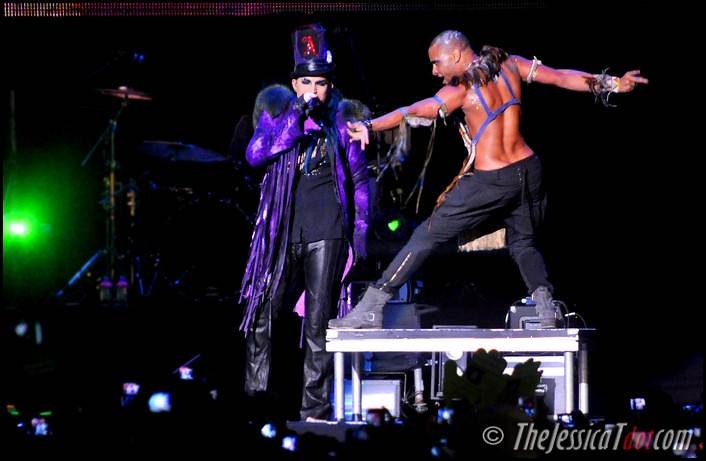 as he pranced away upstage, like feeding off the undying energy of his hardcore fanbase! 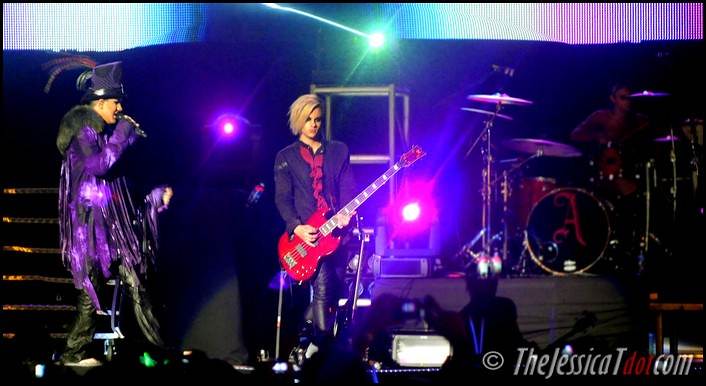 I personally found a particular guitarist of his very cute!

(and I reckon Adam did as well :P)

Because throughout the 1 hour concert, their onstage rapport seemed pretty apparent to be more than just a forefront chemistry. Hmm.. you might never know! 😀 They could be datiing or something, that's something for them to know and us to find out hehe 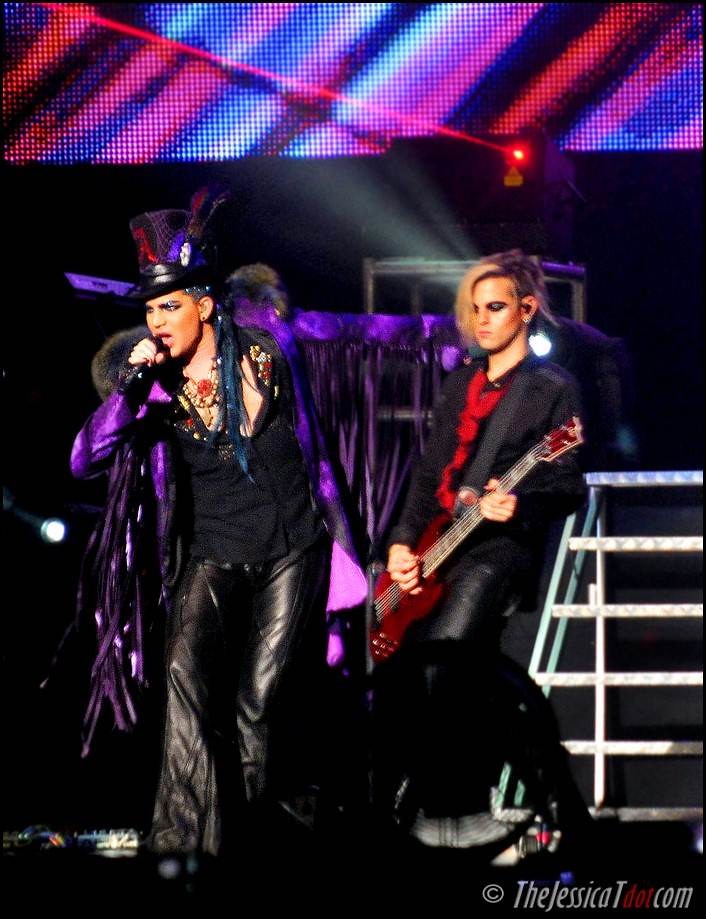 but one thing's for sure, they all complemented each other very well

For the synchronization of music, instrumentals, vocals to the sound system was impeccable! 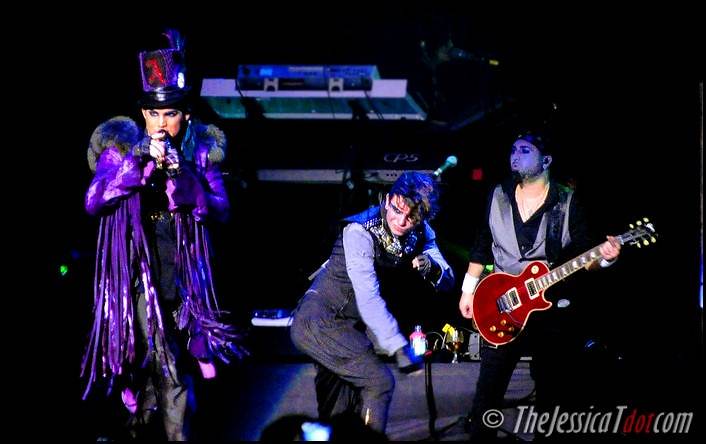 Rip that electric guitar you! 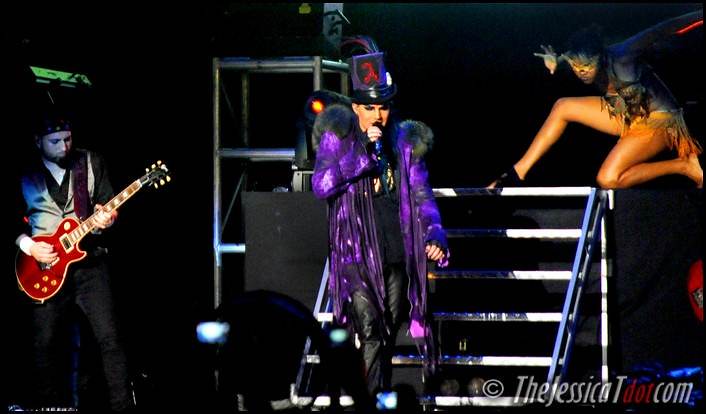 Little by little, he got rid of the fancy-schmancy outfit. 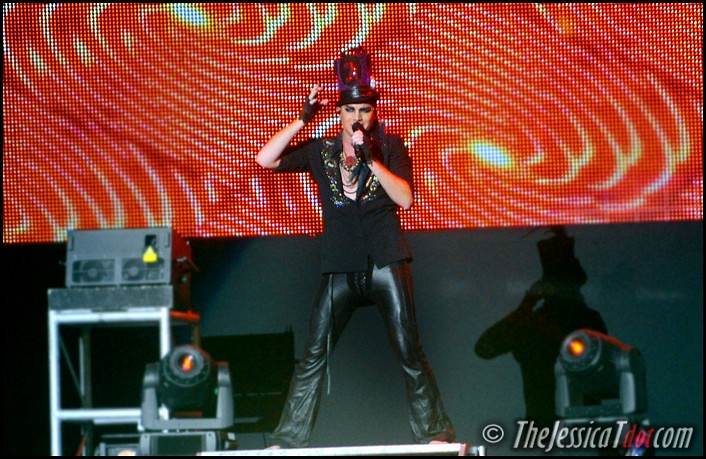 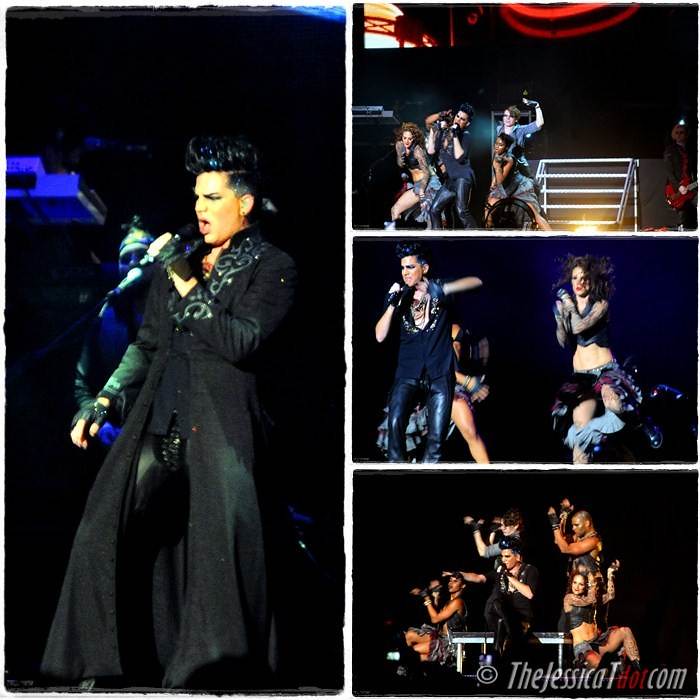 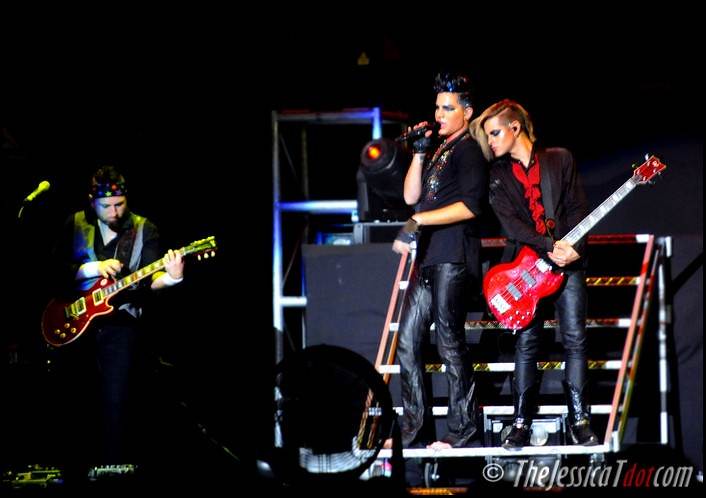 As expected, the gambit of the night was when he danced into a fast and furious routine along with his back up dancers while singing 'For Your Entertainment'. That number is one of my personal faves! 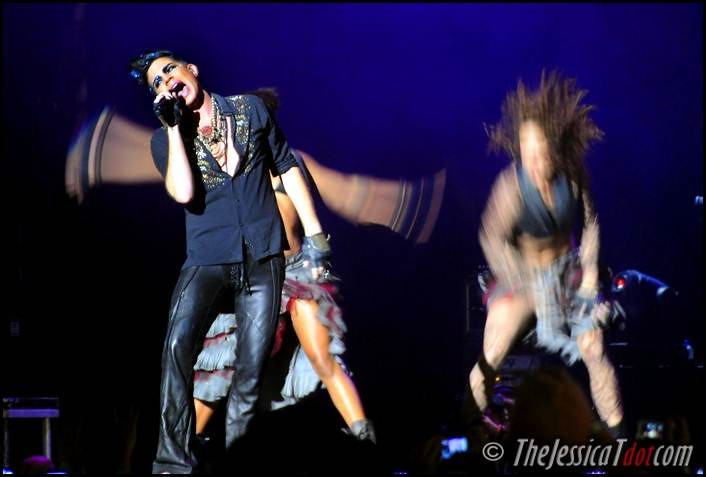 Do you know what you got into~

Can you handle what I'm about to you~

Cos it's gonna get rough for you~

I'm here for your entertainment!

Gotta give it up to his amazing team of dancers too, they were simply top-notch 😀 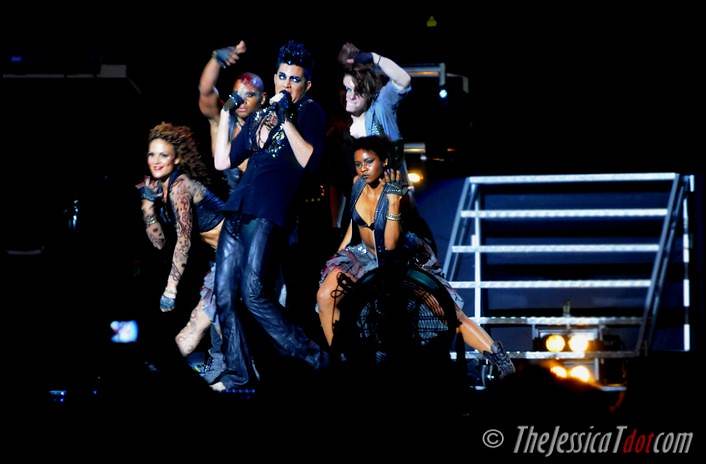 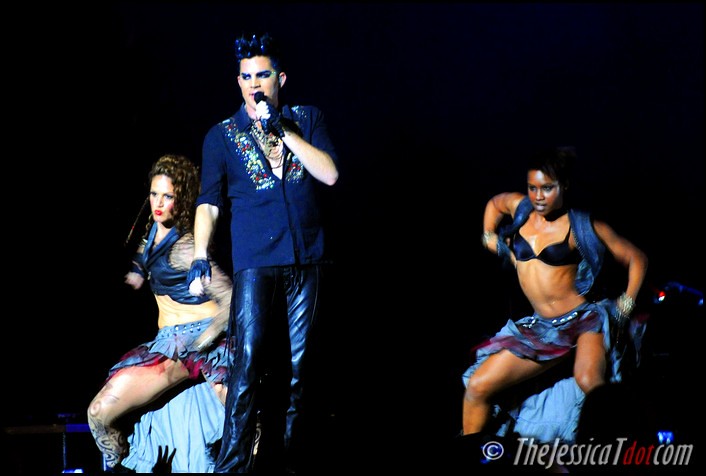 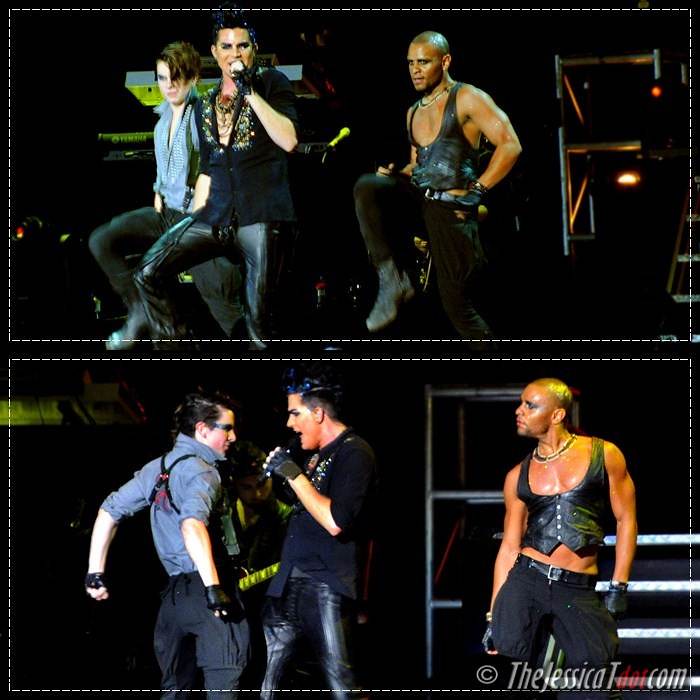 His costume change was pretty quick and I didn't even notice!

Here Adam is, looking all glam-ed up with more glitter in his hair and signature long-tailed coat 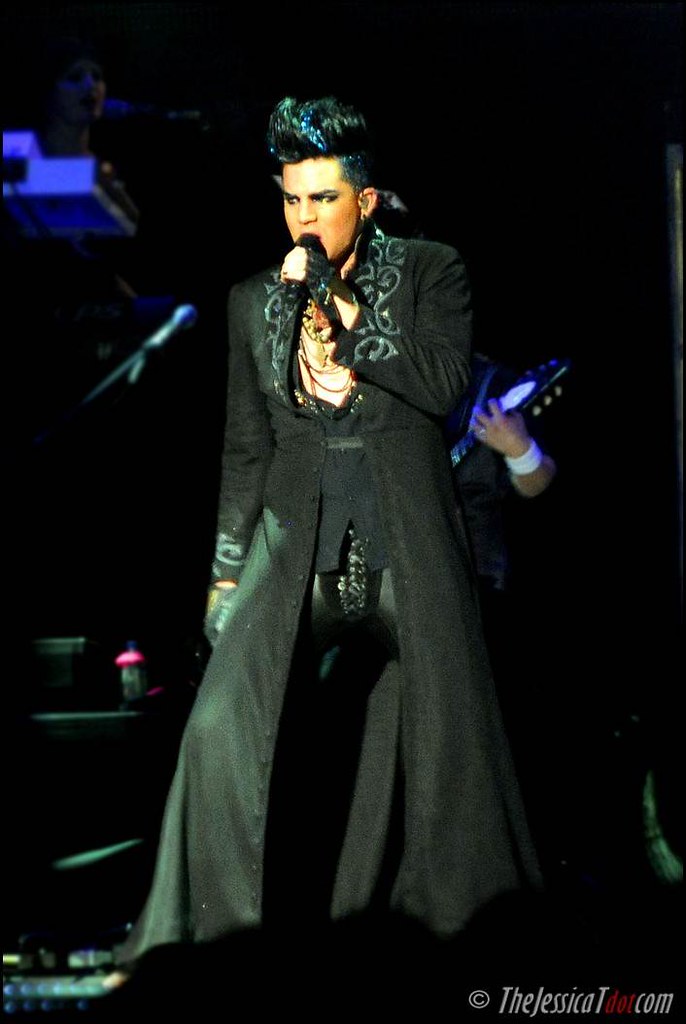 I prefer this than the faux fur purple one anytime 😀

They slowed down the pace a little with a slower jam 'Sleepwalker' (with a backdrop of an unknown Victorian-looking man!) but continued shooting the party to the skies after that – belting out  'Strut' and 'Whataya Want From Me'

I loved the acoustics behind this version of 'Whataya Want from Me'. Lovely. His vocals are reaaaalllyyyy good! Looks like certain American Idol finalists do actually carve a name for themselves in their shot at international stardom. 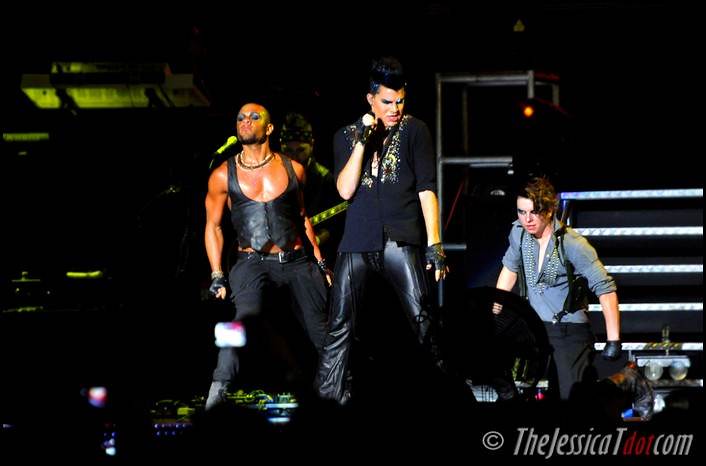 But his falsettos really shown when he sang 'Soaked' and 'Aftermath'. Three thumbs up! 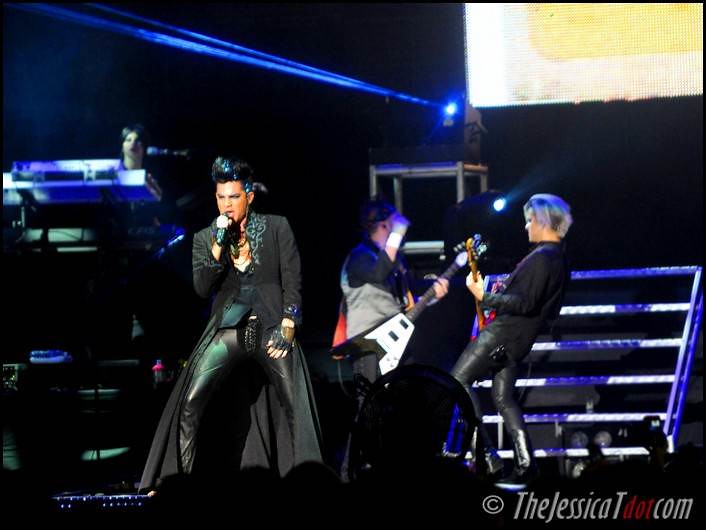 It was fast and furious on certain moments of his 1 hour concert and he very cleverly brought it down to a slow melody at certain parts too. Hey, a superstar needs to catch a breath too, ya know! 😀

You ain't the one clad in thick clothing and make up, singing your lungs out before thousands and thousands of people. 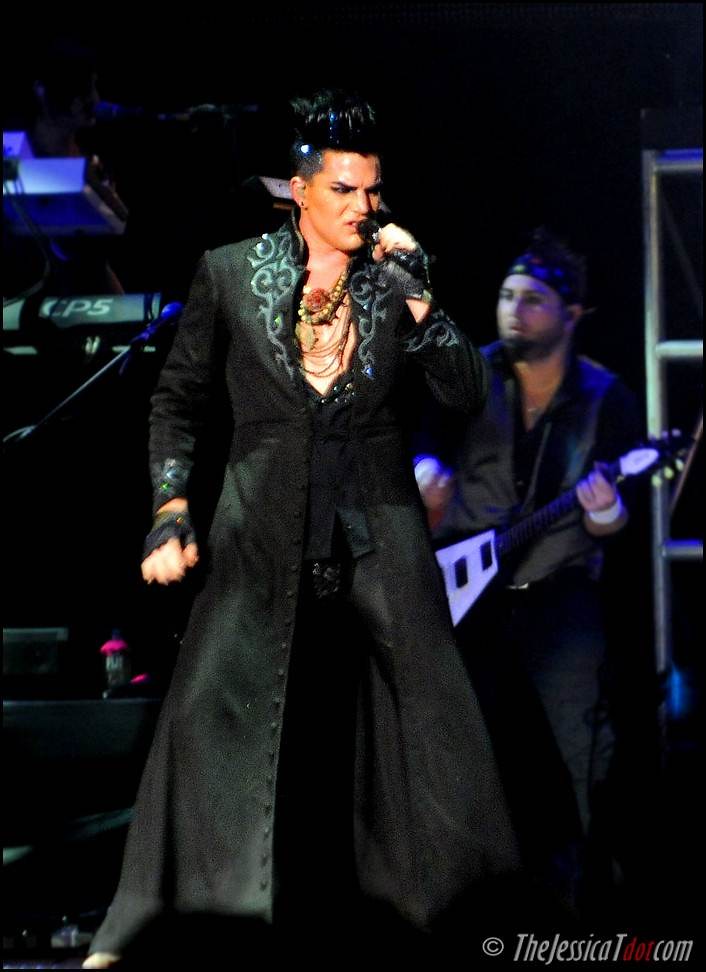 It was rather meaningful when he emphasized a lot on love during his concert. Here are some of his words I quoted from the concert!

"It doesn't matter how much money you make or how many cars you own or how much sex you have.


It is all meaningless unless it's connected to love"

Now we all know that beneath his rocker image, Adam Lambert has a big heart! 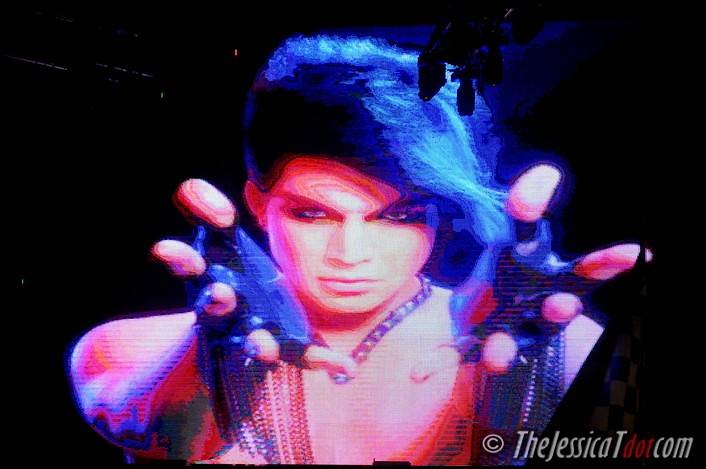 He left the stage, leaving us all on a high note.

Simply an enjoyable concert, showcasing everything from his tremendous vocal abilities, his flexible and well-coordinated dance moves, his humorous interaction skills with his die-hard fans and most of all, celebrating a knock-out show with the Glamberts  – the star of the show himself surpassed everyone;s expectations

Oh, and what did they say about this concert promoting gay culture, again?

I fail to see the connection after tonight 🙂

Close up of the protest flyers the PAS members were distributing.

(to all my non-Malaysian readers ask me to translate if you want to know k!)

I hope the concert in Malaysia was just as good! I'm sure it was.