Okay so who would've thought I'd succumb to the Jap pop culture.

I'm not referring (how about never?) to the likes of ganguro or lolita, but mild influence that appealed to the kittycat streak in me.

I don't know if this is a guy or a girl. Looks pretty androgynous to me.

Not a single clue where/what anime he's from too 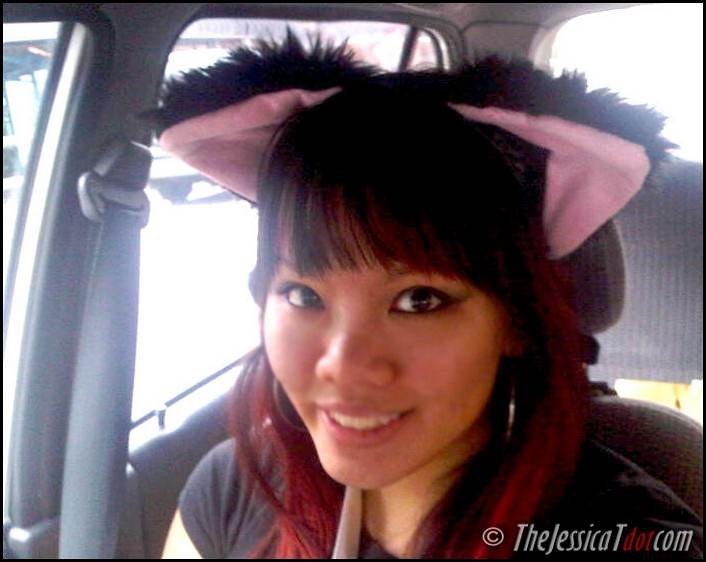 But what hit me was the black cat and his black cat ears.

Googling around, I found another one.

Now this one's a cutie. Except that she has pink hair and I have it red.

So just the other day, when I was sent to cover a story in Berjaya Times Square hotel for Comic Fiesta 2010, I was honestly not looking forward to it at all. Come on, Japanese culture? I never really found my affinity in that.

If it's any info, I'm a total zero in Anime, Manga, J-Pop and the like.

But a job is a job, and duty calls

So I made my way there one early Saturday morning. 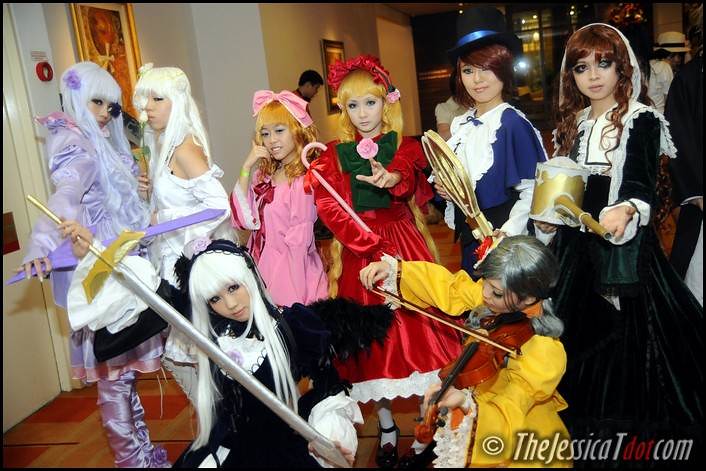 And there I saw people in out-of-this-world hair colors, all extravagantly dressed

Alright. I was in the right place.

Some piccies for your viewing pleasure 😀 😀 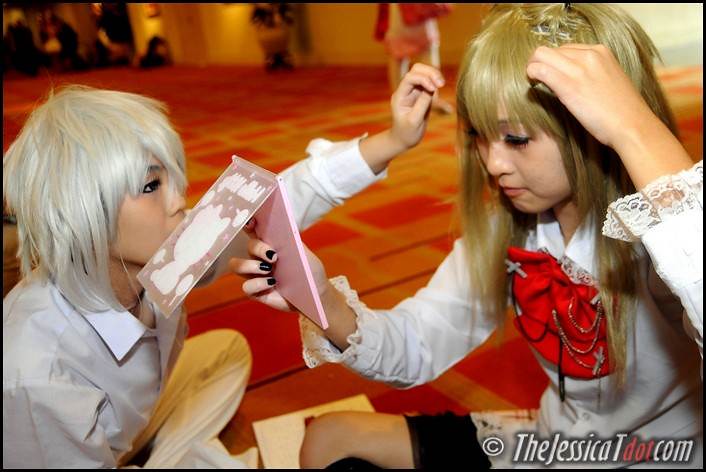 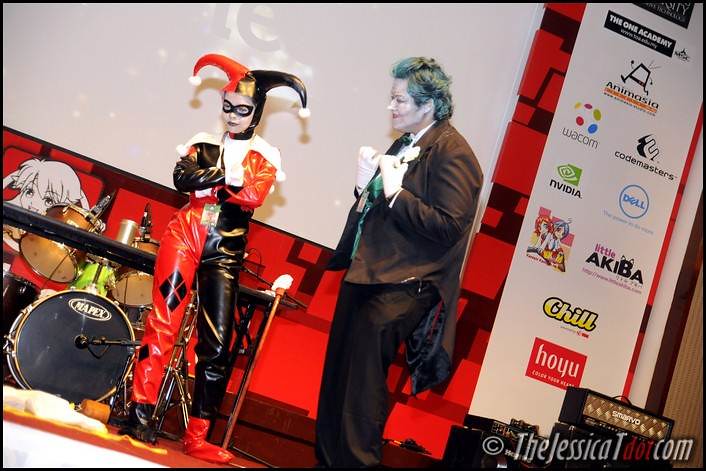 Characters from Marvel's Batman on stage for a fan performance

Harlequin and the Joker! 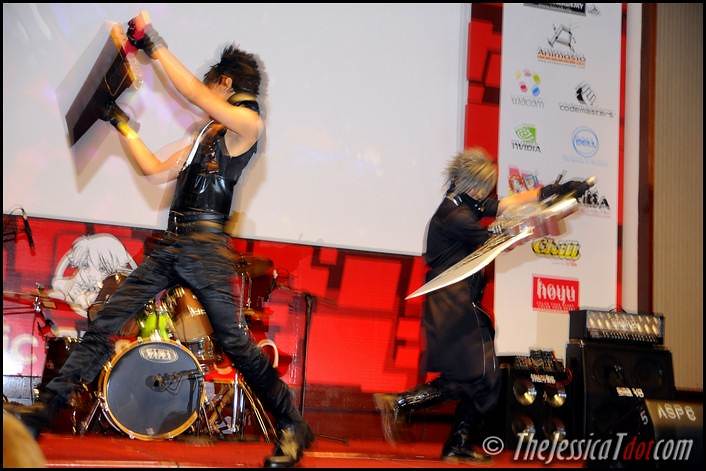 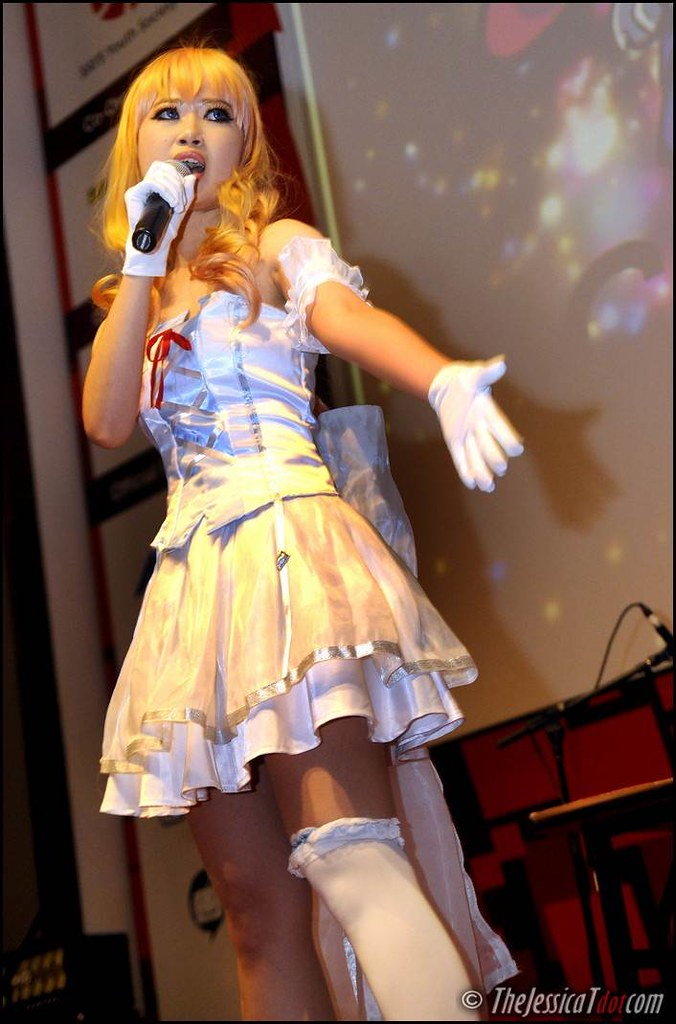 Gawdknowswho from which anime singing a themesong 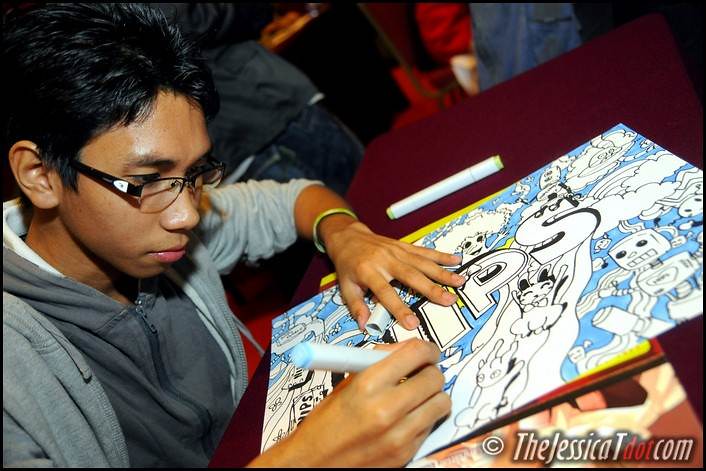 Oooh art competition! This guy has so much creative juices, he drew the whole thing!

(Except the NIPS word, which was there by default)

I saw so many people portraying their favorite anime and manga characters… of which I haven't got the slightest idea of who they came dressed up as. For a moment there, I swear I felt as though I've entered a Greek symposium, and all I see are a bunch of Alpha Beta jargon αβγδεζηθ 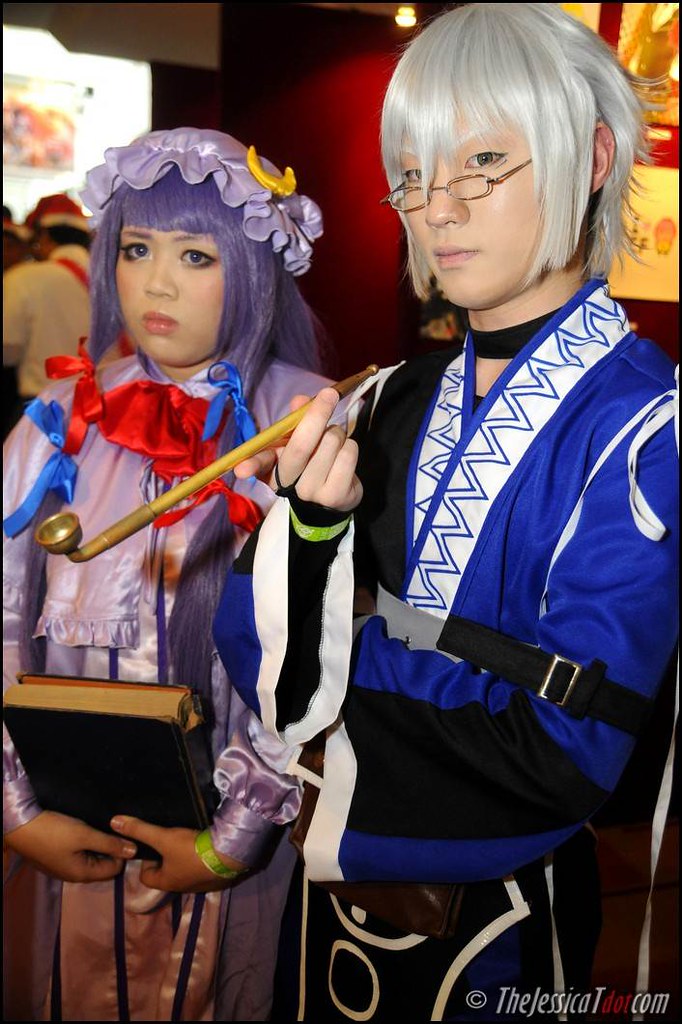 Who? Where? But pretty awesome porcelain skin you got there, dude 😀 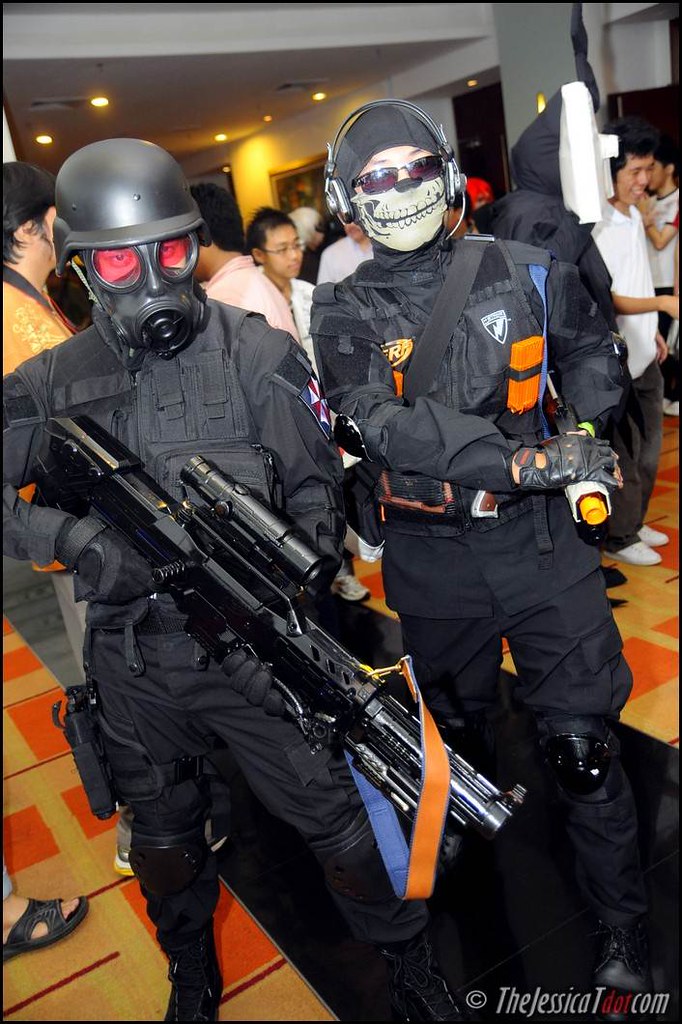 Are you about to wage a paintball fight in the ballroom? 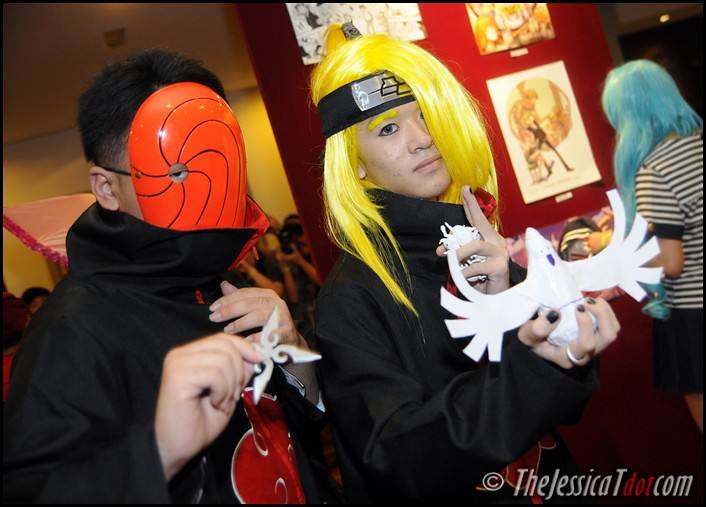 If my instincts don't fail me, I'll take a lucky guess that these characters are from Naruto 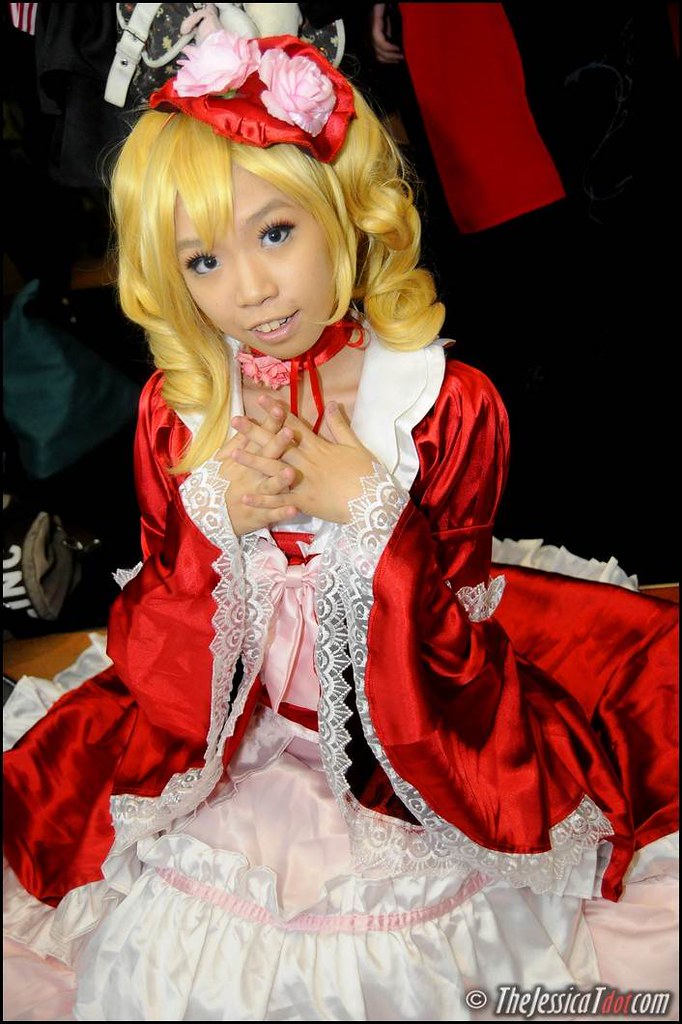 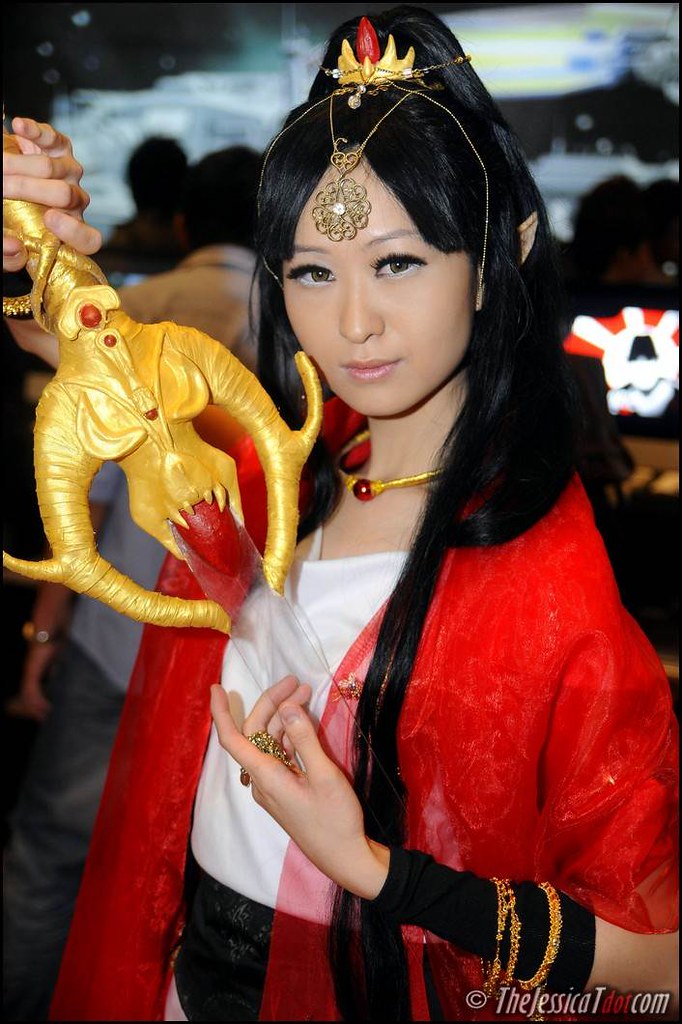 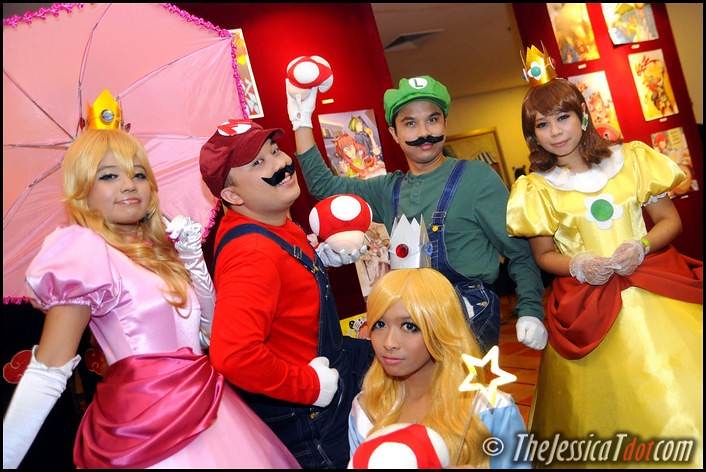 FINALLY something I recognize!

Who wouldn't know the all time favorite Super Mario Bros. ?? 😀 😀

It's a timeless video game. If you don't know, you probably must've had a sad childhood or have been living under a rock, devoid of entertainment. Okay, so I shouldn't have said that. But I just did. hah.

Because coming from me, you may not want to take what I've just mentioned seriously. Yours truly here does not play any video/virtual/online games of any sort. Sad excuse, but I hardly ever have the time. Heck, I don't even know what games are built-in my Blackberry! 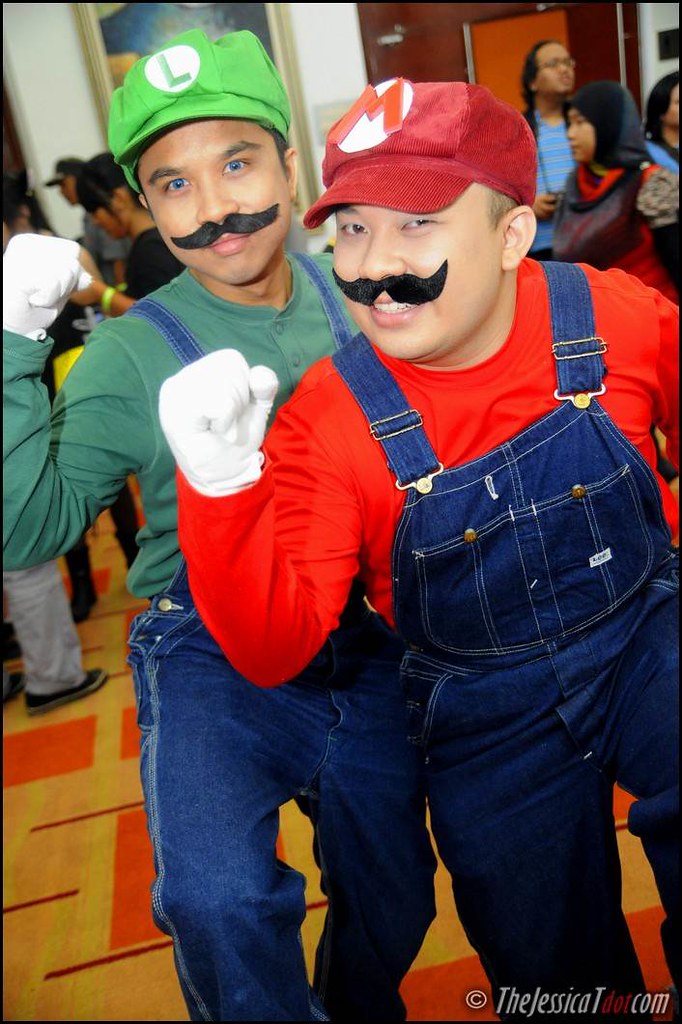 So anyway, that Saturday morning was something new. Instead of spending the sunny mornings of weekends sleeping till lunchtime, I actually witnessed a very strange yet interesting culture to me. 😀

And also…. hate to say this but…. I succumbed a little to it too.

Don't fall off your chair laughing but I honestly didn't know what got into me when I bought this.

You've already saw it in the 1st picture but I repeat. 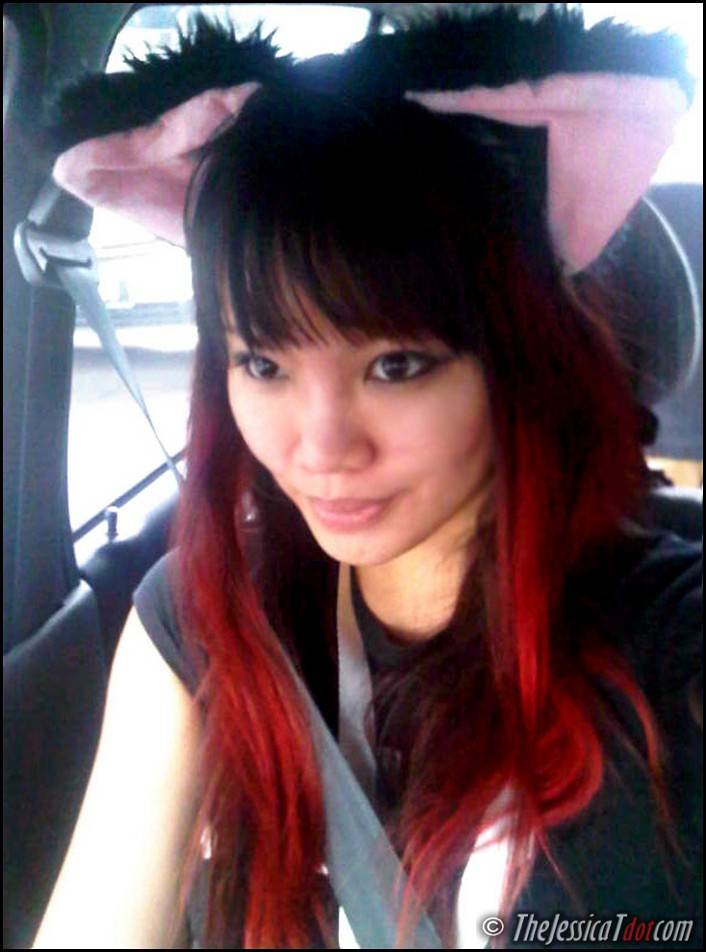 Odd, i know.I was wearing this in the car while driving home

But in all honesty, where on earth can you go out decked in those pair of ears without attracting rude stares and whispers?

Only 3 places. Costume parties, roleplay sessions or in your car. Heh. 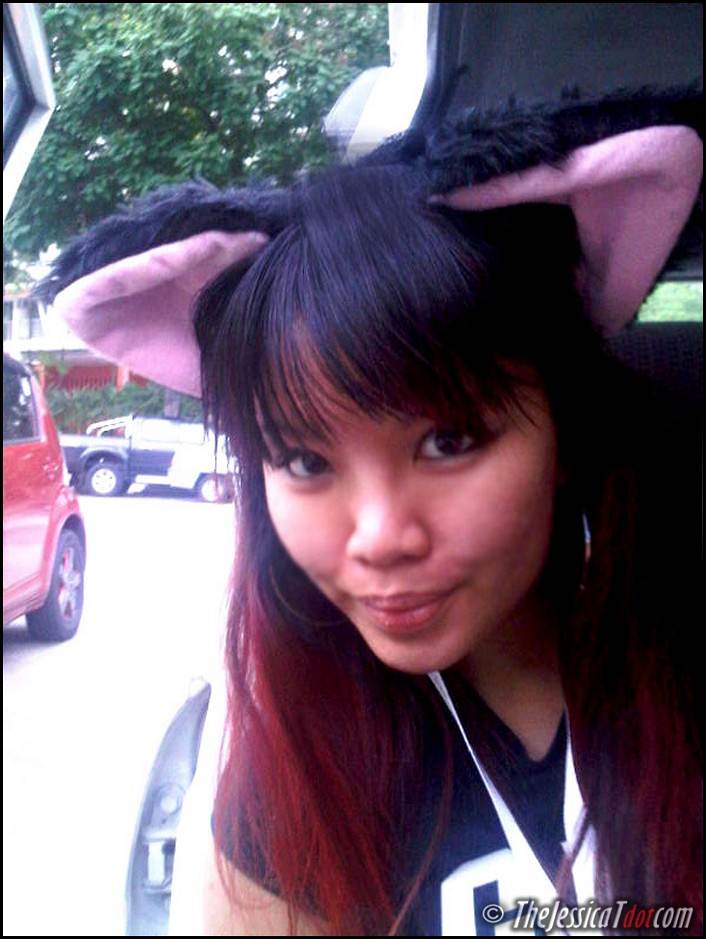 Clearly, I chose the third option.

If you ask me, I still haven't got around the idea of having 2 fluffy ears sprouting out from the top of my head just yet.

But I still find them pretty damn cute. Looks like it has become a new addition to my costume drawer

TheJessiCAT, in capitals, just for today 😛