As promised in this post, it's to the city again I go!

It's a voyage I've always looked forward to. Adjourning from the suburbs in Camberwell via Metlink Train.

Can't help that this city girl is always waiting to burst out into the urbans! 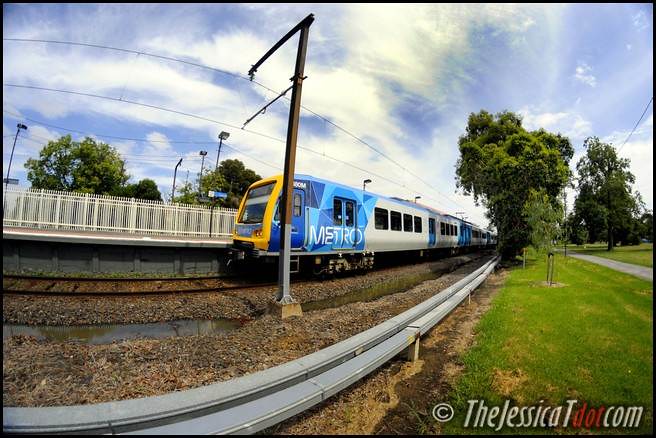 I raced the train to capture it passing by!! 🙂

Anyway, excitement over. Let's rewind. First I had to walk to the nearest train station, which was about 15 minutes away by foot. *pants*  So I started walking… 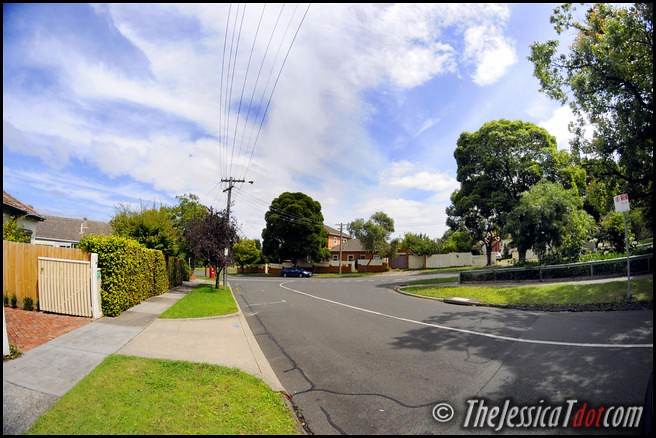 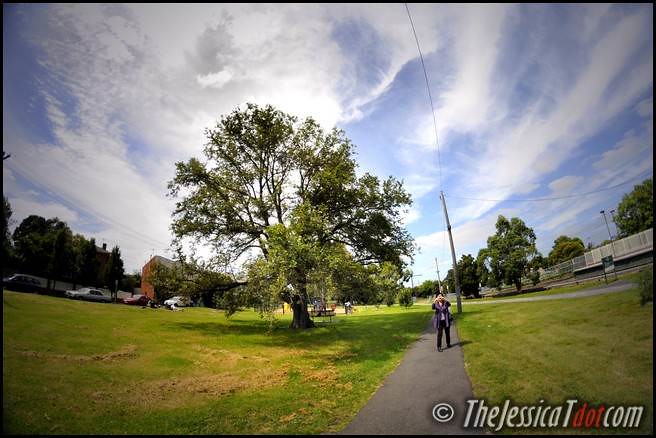 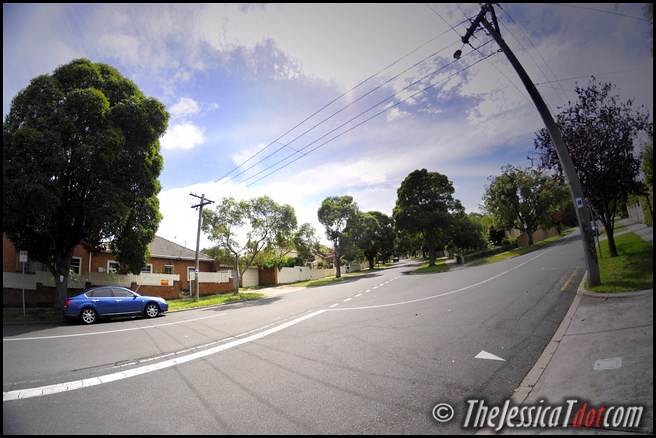 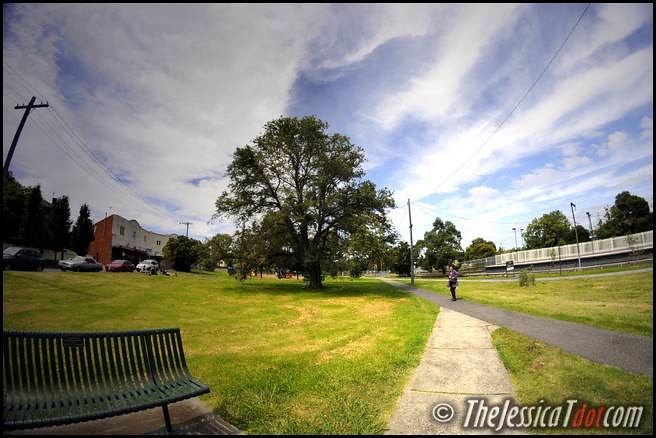 I loved how the insane weather held up just for me 😛 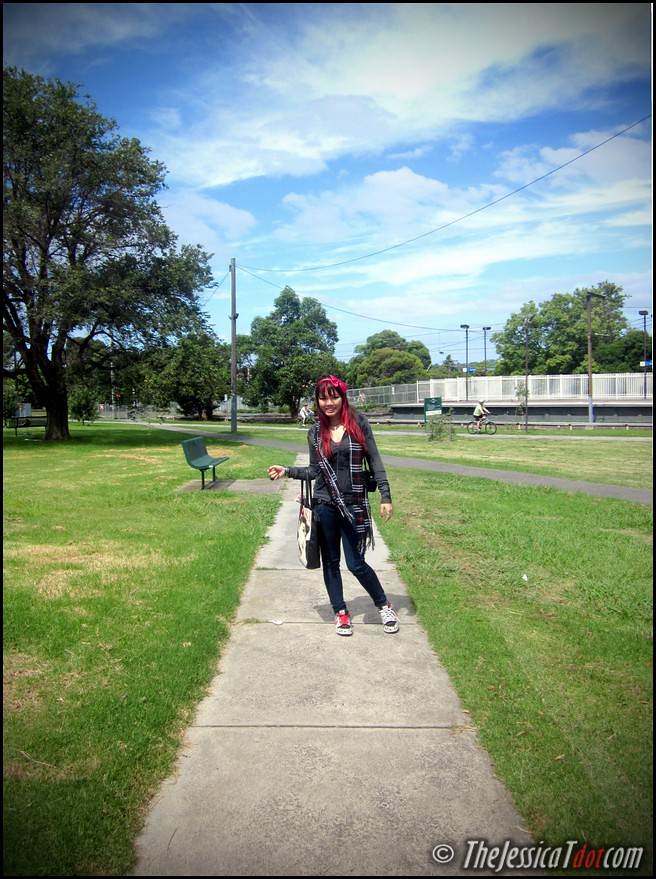 … and walking! Good thing I put on some real good & comfy kicks.

So yes, I finally reached the railway tracks half an hour later LOL.   That's due to all the shooting, taking in the perfect view of mother nature and stopping to smell the flowers.

Yeah, literally, I did stoop down to pick up daisies, how ladylike of me *coughs* 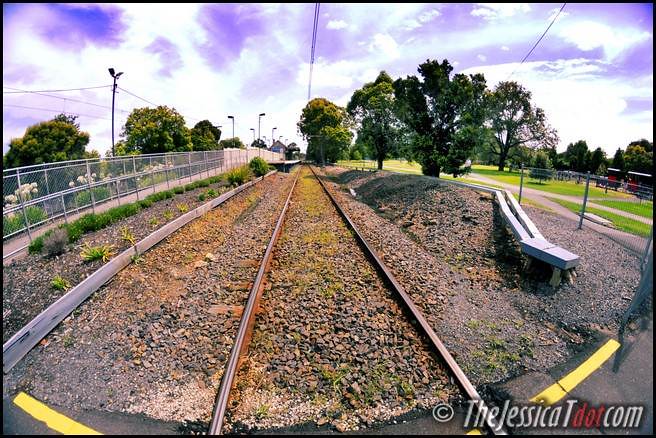 Oh look! I'm standing in the middle of the tracks. 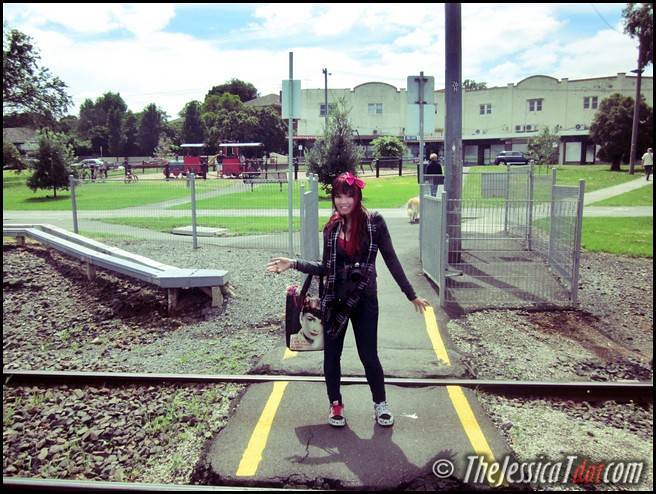 Standing right in the middle of the railway 😛

Okay, enough fooling around 😀  So I finally arrived the train station, Hartwell Station, along the Alamein line 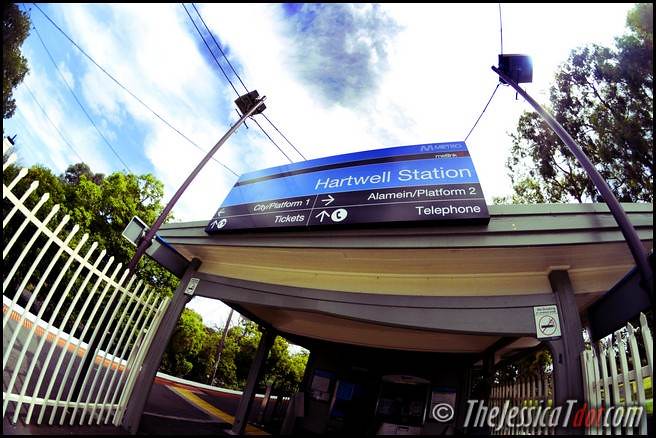 Train was very efficient, it came right on the dot according to the board which displays each train's estimated time of arrival.

So I got in and it was kinda empty, but it'll eventually fill up with people as it gets closer to the city 🙂 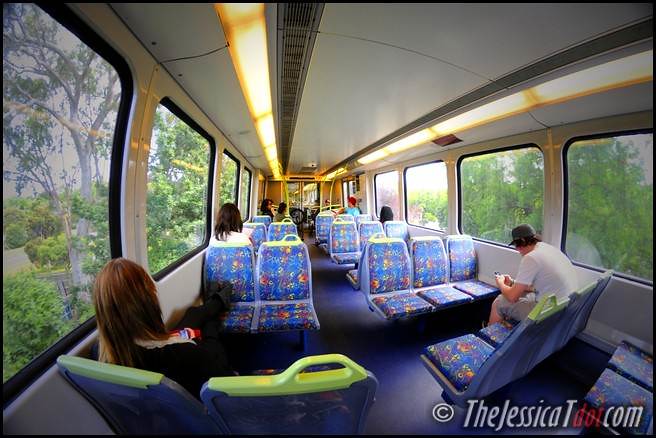 After less than half an hour, hello again city!! 🙂

I can finally breathe some air into my "metropolitan" lungs 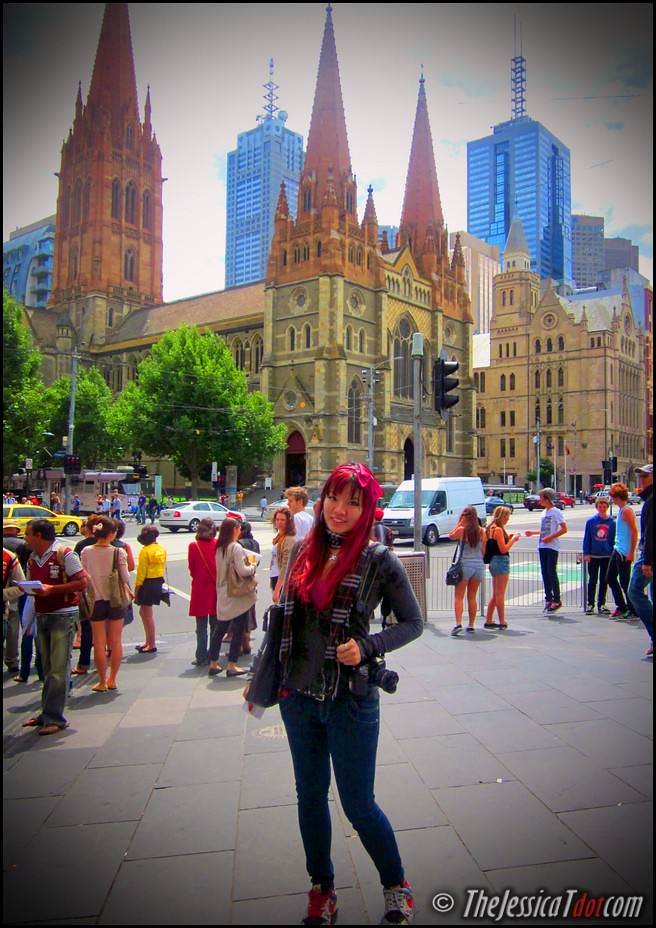 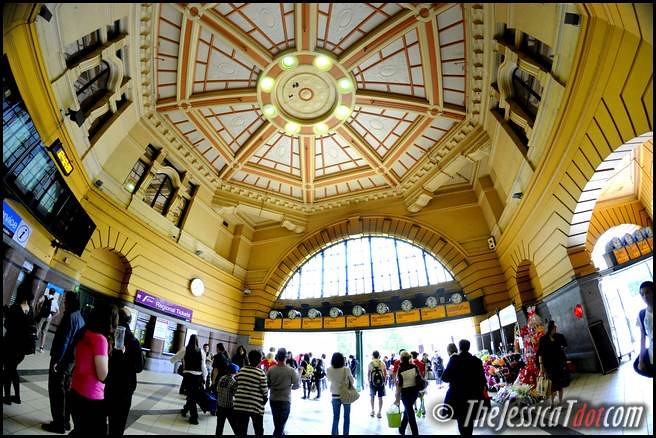 Shot this from the inside of Flinders Street Station

It's one of those beauuuuutiful train stations that never fail to capture the interest of tourists.

In the short moment that I was there, I've already spotted 10 odd foreigners snapping away! 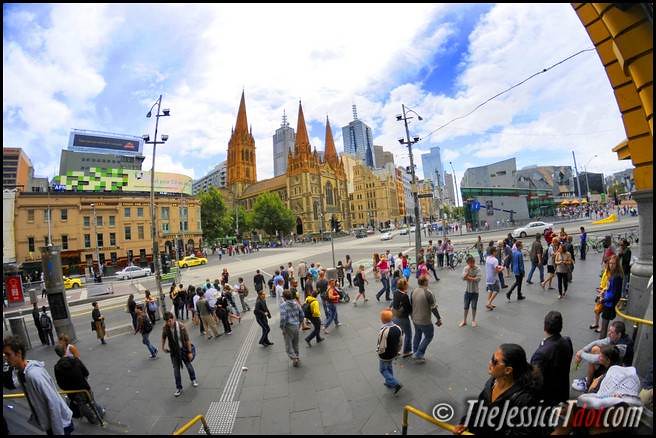 The breathtaking urban life before me 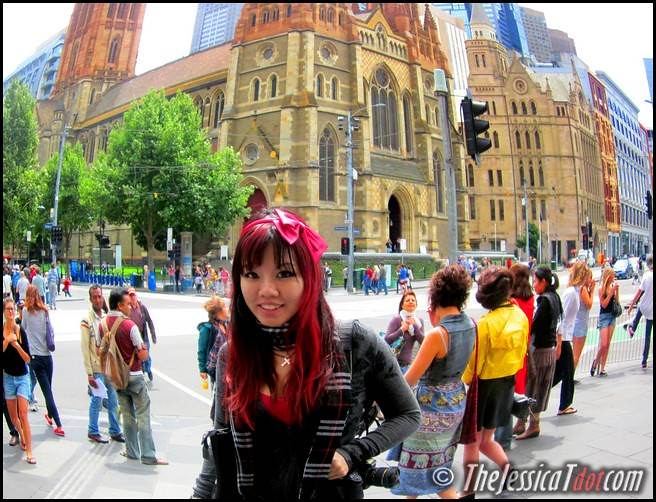 Can't helping taking a shot WITH it too 😛

Similarly to Bukit Bintang or KLCC area back home in Malaysia and Orchard Road in Singapore, Flinders Street and Swanston Street here in Melbourne are pretty much always abuzz with a myriad of people… anytime of the day! 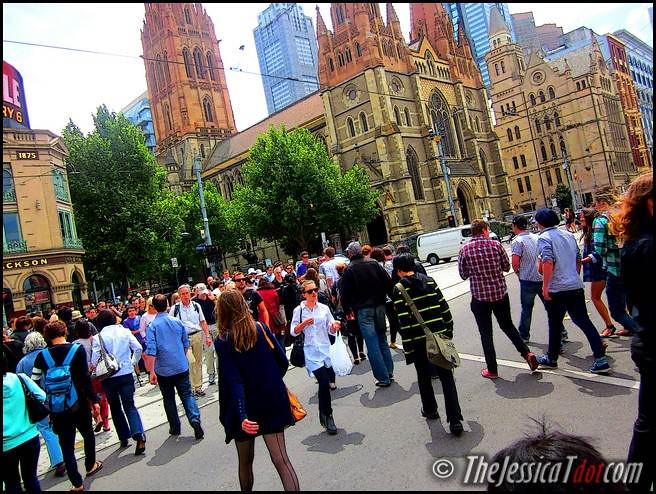 Swarming with people at most pedestrian crossings 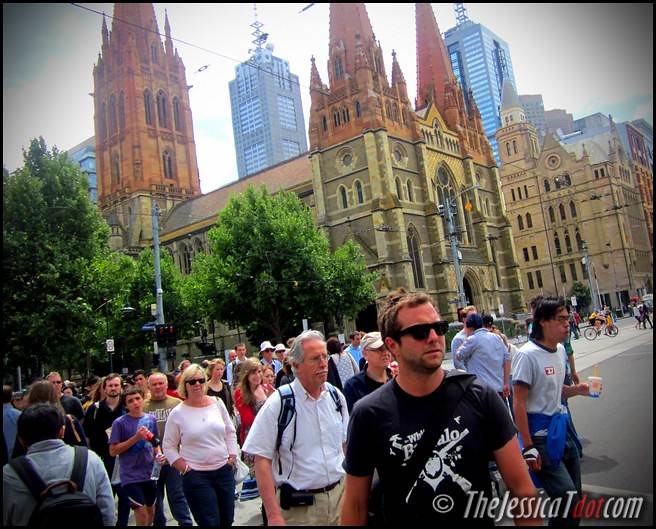 When I got to the other side, I wanted to take a touristy ride all around the city on a free service called the City Circle Tram. It's a brown tram which circles the main zones of the city.

So hop on with me! 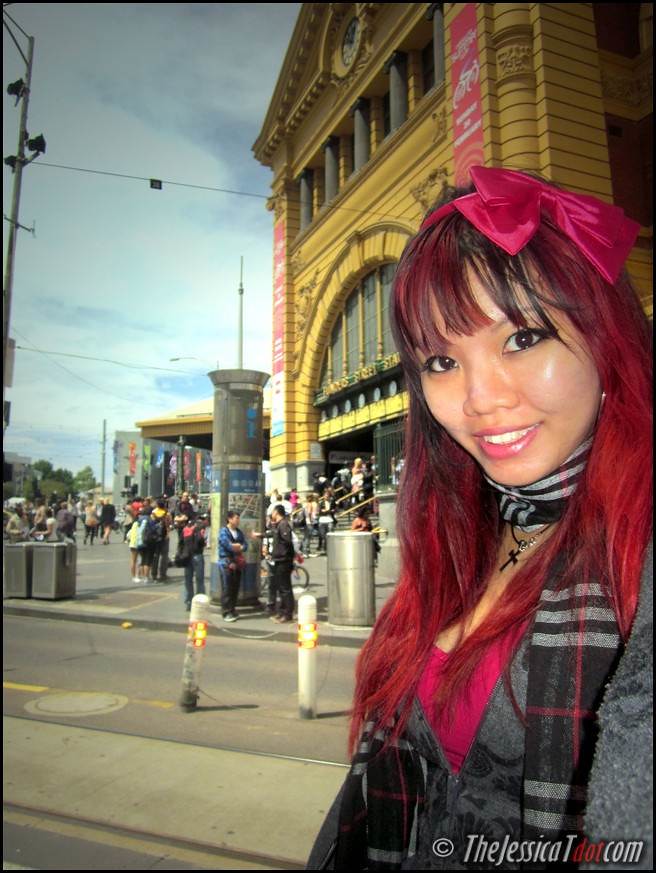 Here I am waiting right opposite Flinders Street Train station at one of the tram stops.

It comes every 5 minutes or so, very efficient! 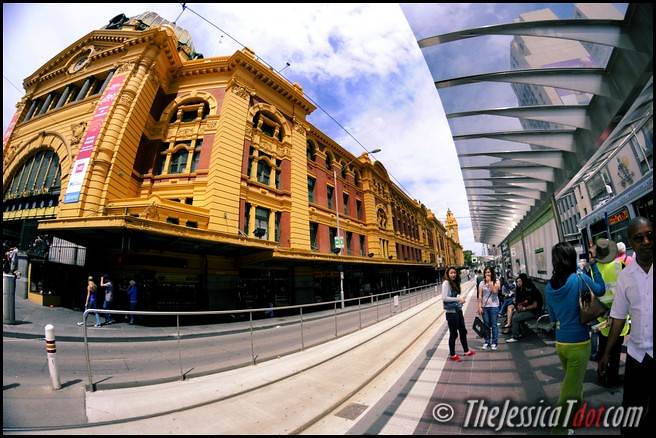 You can see many other tourists (and some locals) waiting for it too.

I can't wait to see what's in store for me in the city. Elizabeth Street, Swanston Street, Queen Victoria Street Market, Burke Street, the State Library of Victoria, Southbank and so many others! 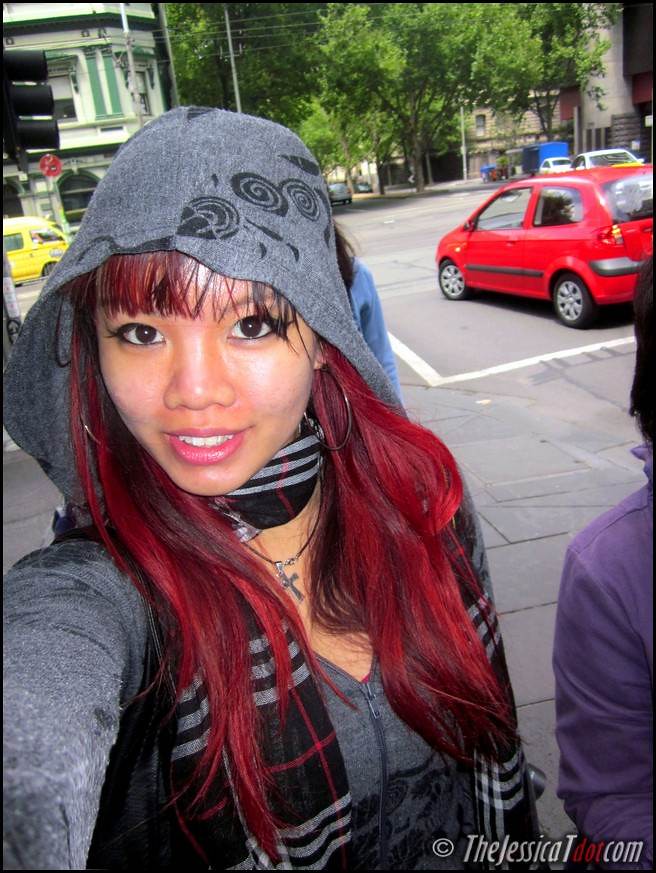 Was too excited touring the city! Sucks that I got hungry at 3pm-ish

Because at that time, most of the yummy food court shops at the Queen Victoria market had all shut 🙁

And if you didn't know, all the malls in Melbourne closes at 5pm.

I miss hanging out/shopping in malls till 10.30pm back in Malaysia!

Wonder what do Australians do after 5pm? Dinner and then go home? 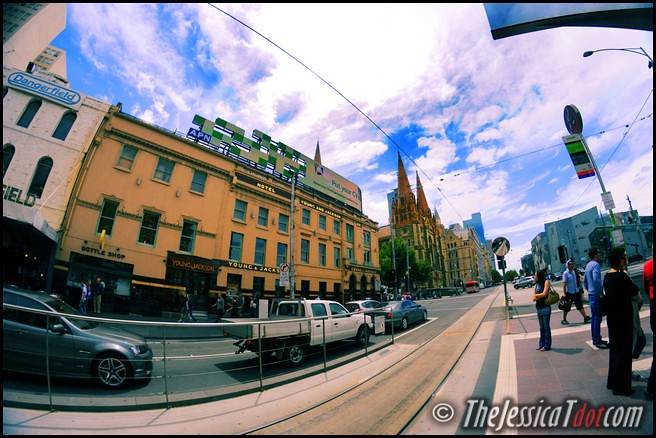 Anyway, speaking of my lunch, I was too late! The only stuff available were Subway, Maccas (Yes, that is what they call McDonalds in Australia), Hungry Jacks and all the other fast food stuff. Bummer 🙁 🙁

I ended up with Subway and omg the Subway there has SO MUCH MORE CHOICES compared to the one back in Malaysia.

Okay, nevermind the fact that we don't/can't have pork nor bacon, but I'm also talking about the variety of sauces/bread/condiments! 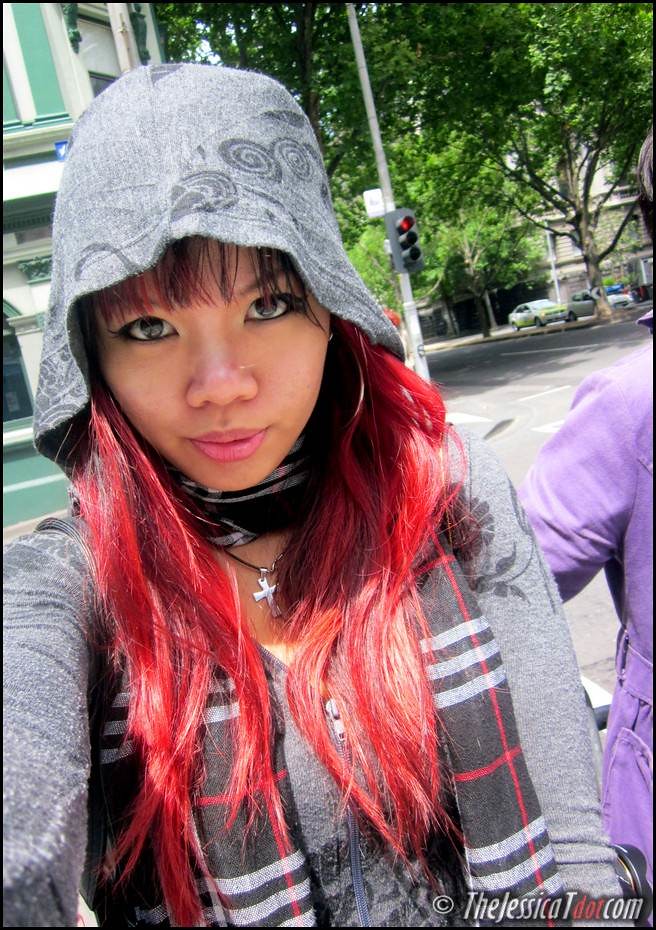 Besides, I headed up to Lygon Street for their Italian food with a good friend of mine, Alexis.

Now, those were yum! (and a dent in my pocket yeee-ouucchh) 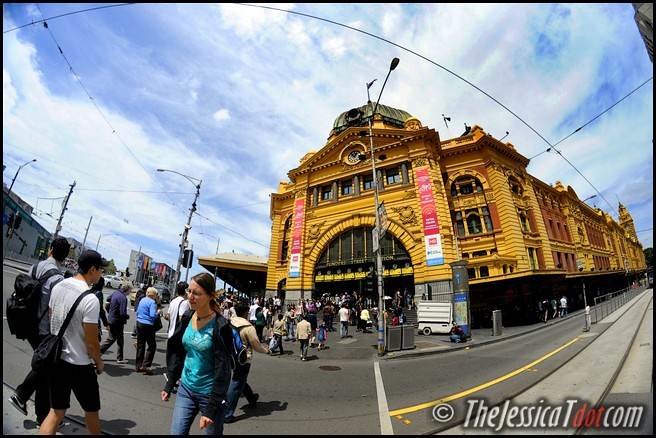 Back in Flinders Street Station the next day to do more exploring!

Where did I go and what did I do on both these days?