Yes, I'm in a land foreign to me. Though I ain't proud to say that I've never stepped foot in Kuantan, Pahang before (it's the largest state in Peninsular Malaysia) I am, in every sense of the word, a tourist in my own country this time round. 😀

But first, here's a pretty sight to see along the North-South highway en route to Pahang! 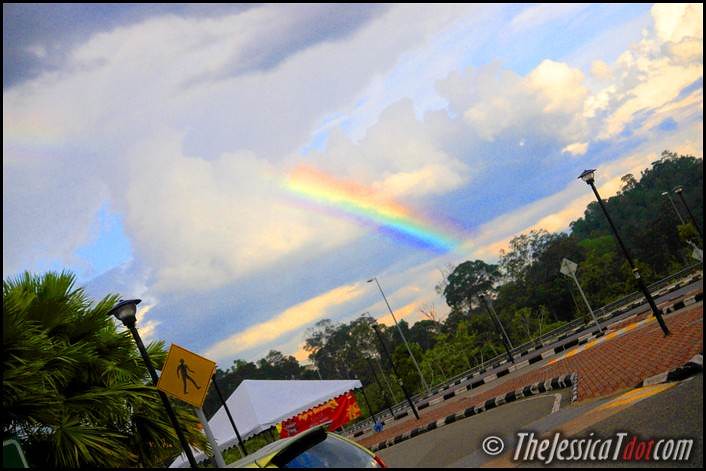 Yup, it was a faint rainbow somewhere in the distance

After a slight drizzle 😀

Being a first timer in Kuantan, one can't help but to stare in amazement at the HUGE street signs along the roads!

Prolly meant for the short sighted or elderly people. But then again, there can't be that much senior citizens in Kuantan to warrant them ALL huge signages, right? *ponders* 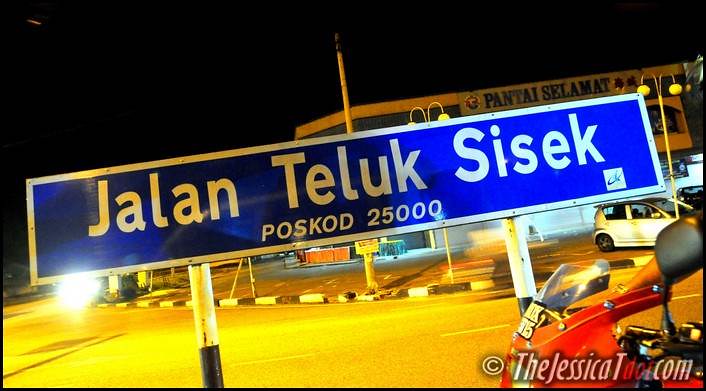 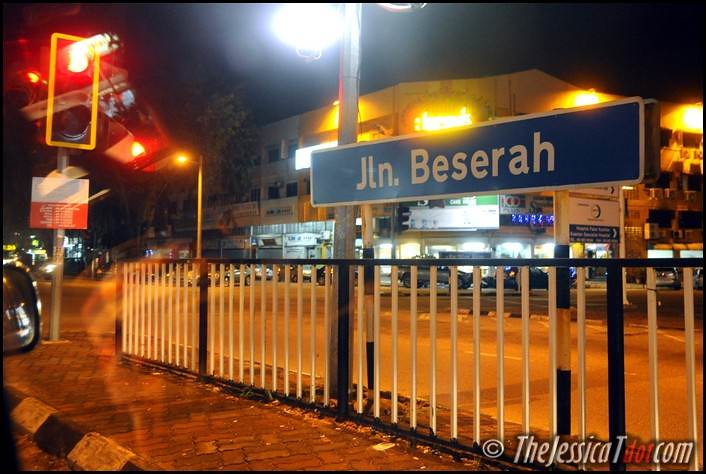 I swear they are 3 times the size of normal road signs of all the other states of Malaysia!

And well, their moralistic roadsigns can mess up the minds of the guilty! 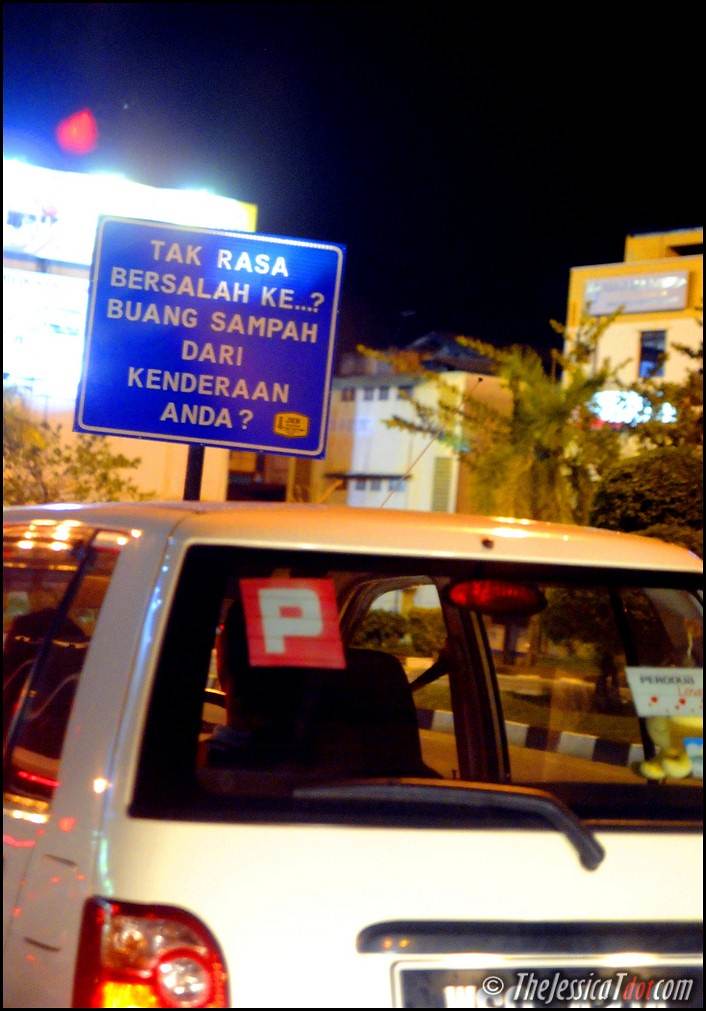 Don't you feel guilty? Throwing rubbish out of your vehicles?

So after settling down in the hotel with The Star R.AGE team, off we headed to Pak Su (Soon) Restaurant. 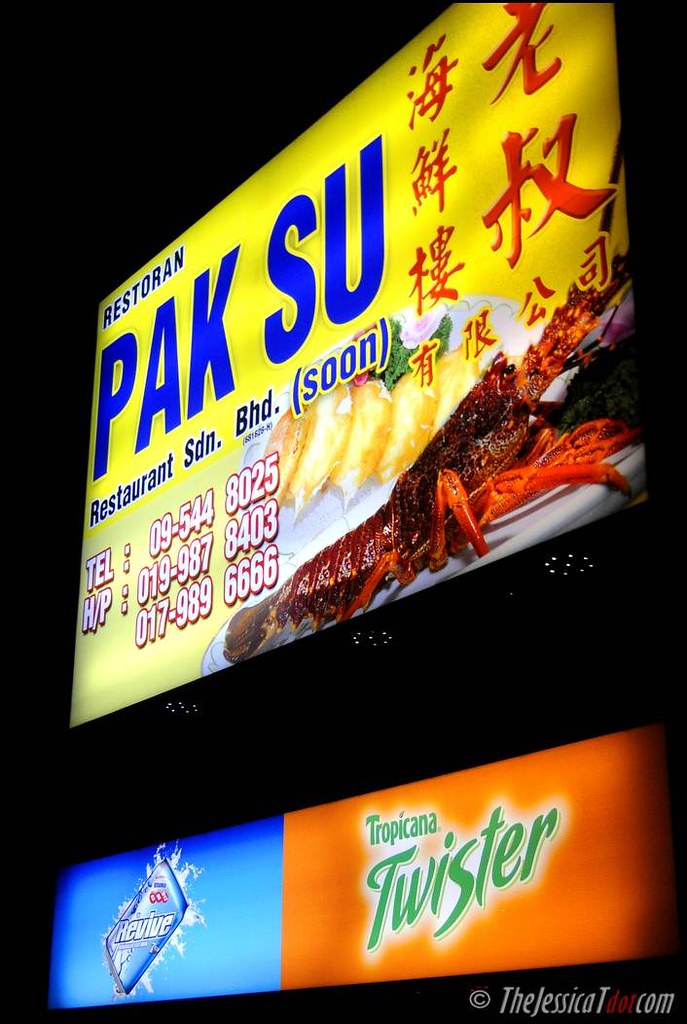 It's quite a popular foodie outlet for fresh and top-notch seafood! 😀

Don't exactly remember what we ordered, but there were definitely fish, crabs, prawns, bean curds, squids and so much more on the table! 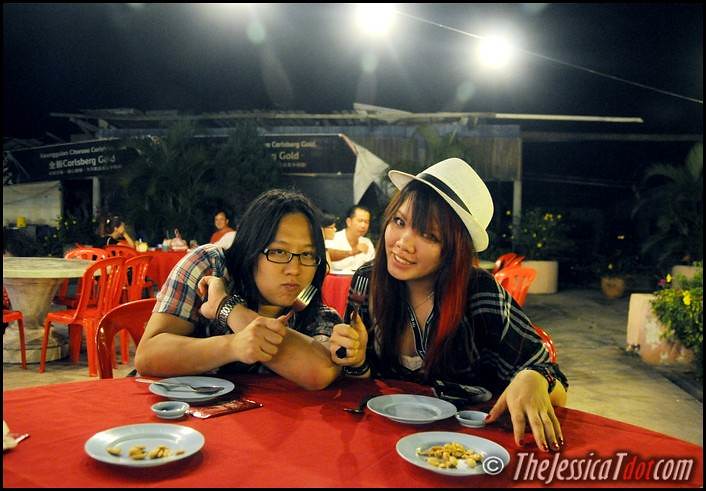 Ian and I before the food arrived 😀 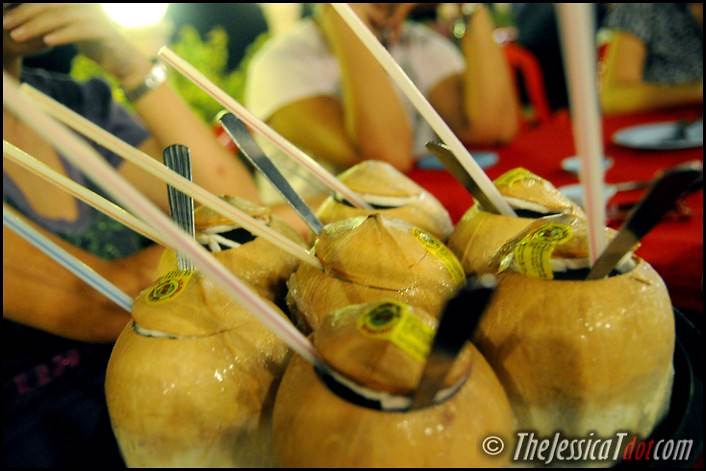 Yes I know we can get them in any part of Malaysia, as they grow in abundance! 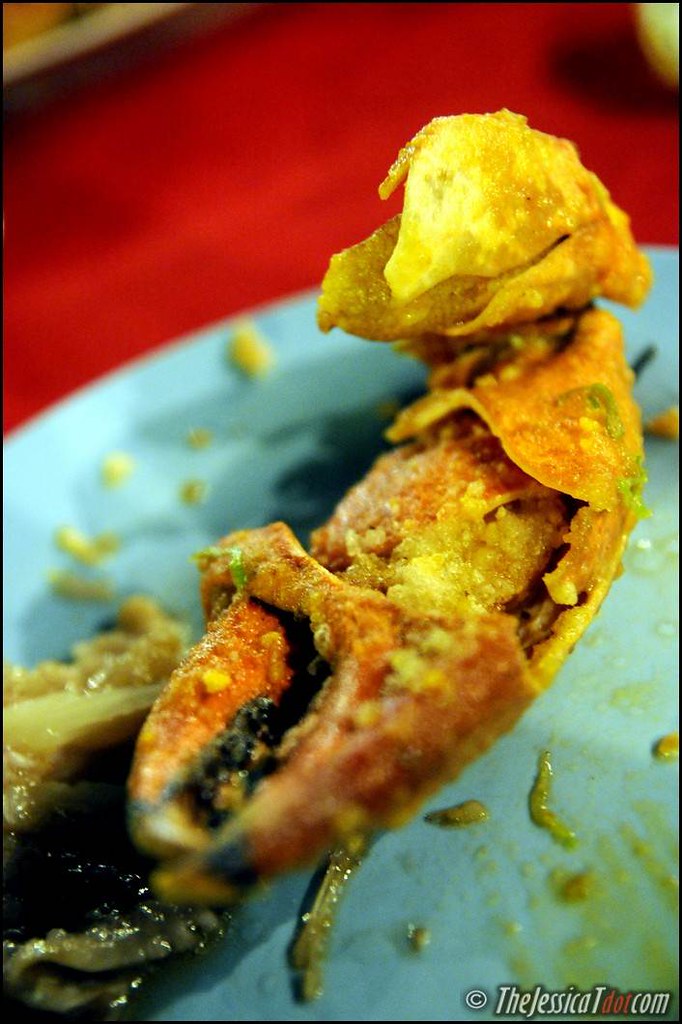 Honestly, the pincers of that crab served was enormous 😀

So can you imagine the SIZE of the entire crustacean!?

After a hearty (and rather pricey) dinner, we all adjourned to Teluk Chempedak for some supper by the beach 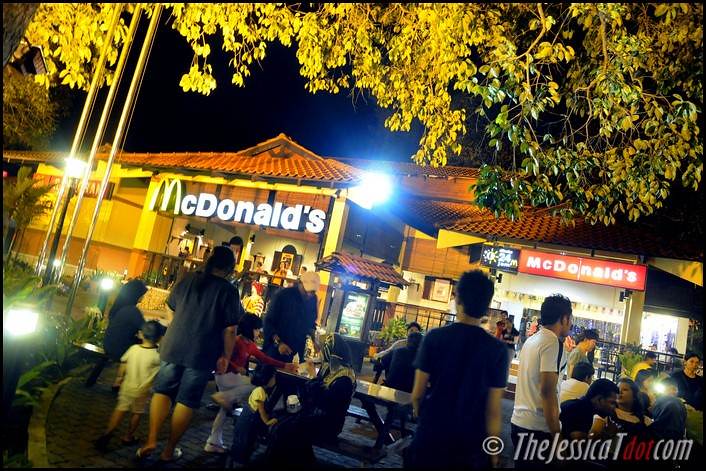 Totally loved the concept of the McDonalds there!

Beaches are love. Ain't it? 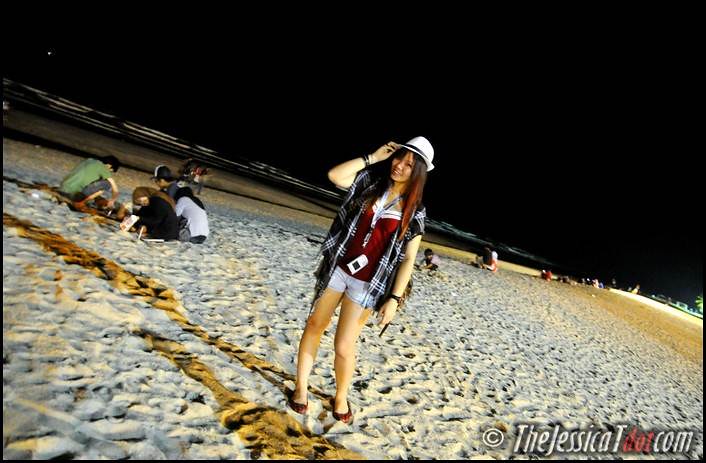 Strolling by the beach. But all alone? 😛

Prince charming, where art thou?

Camwhored a wee bit with the rest of the Senior BRATs 🙂 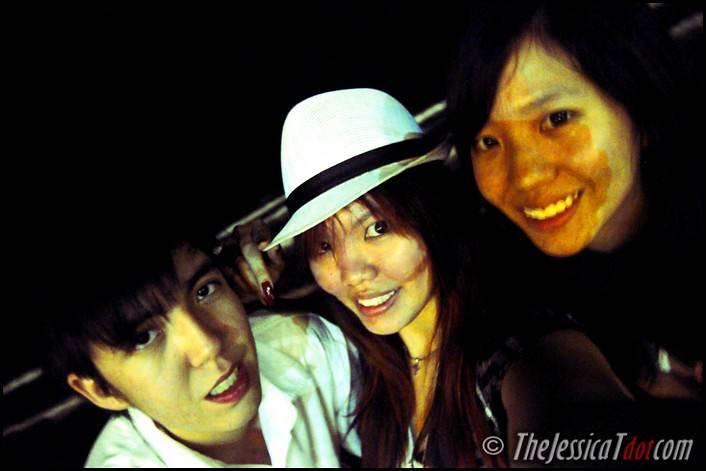 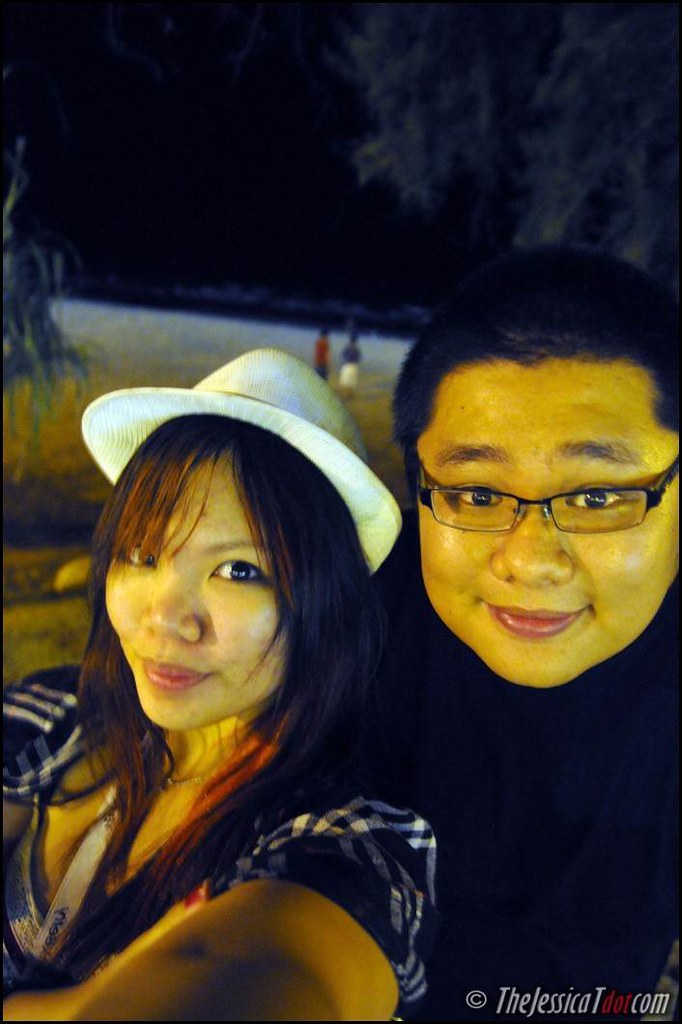 It was pretty good fun though! With the R.AGE team chillaxing by the beach, with sand in between our toes and enjoying the salty breeze blowing softly our way.

Guess this is all the relaxation we need before handling a bunch of BRATs (40 teenagers to be exact!!) for 4 days starting tomorrow morning. 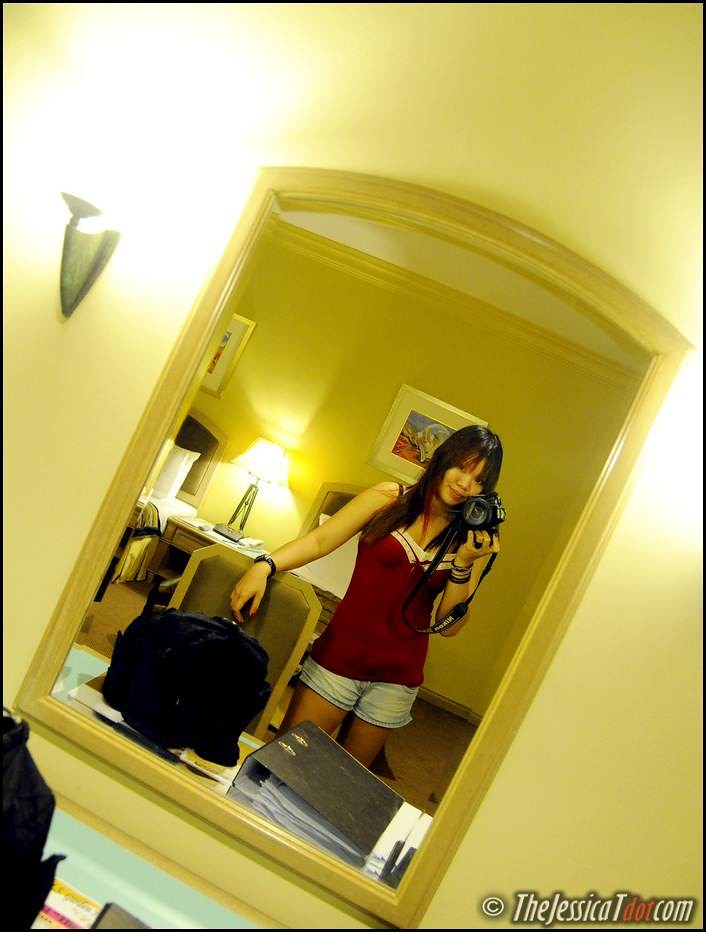 Love my room though. It's spacious, comfy and has ample lighting!

Oh, and we bunked in at M.S Garden Hotel, Kuantan if you were wondering

Had a long day! We took them all around Kuantan to the fishing villages with salty Fish processing factories, batik making factories and Keropok Lekor production houses! For the non-Malaysians, those are the local delicacies and important heritages of Kuantan

But more of that soon okay? In the meantime, here's a lil sneak peak! 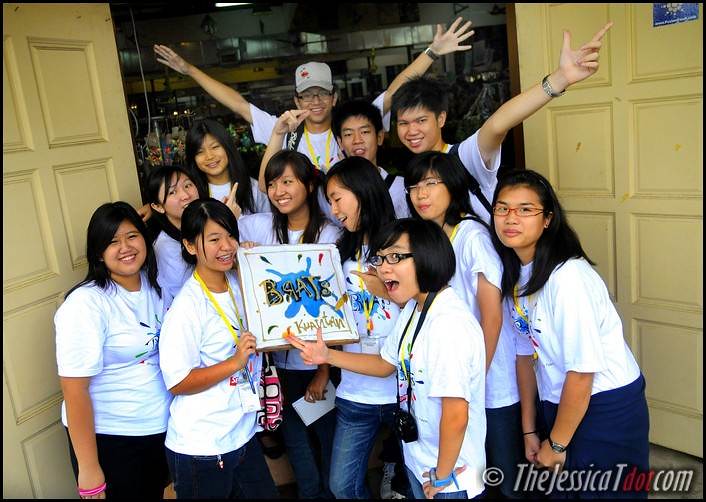 Check out their batik print  – the BRATs logo!