Yay Yay! Time for another page outta my lil Chef at Home cookbook!

One fine day, Verity and I decided to cook up some Asian cuisine for dinner – Black Pepper Stir Fried Beef 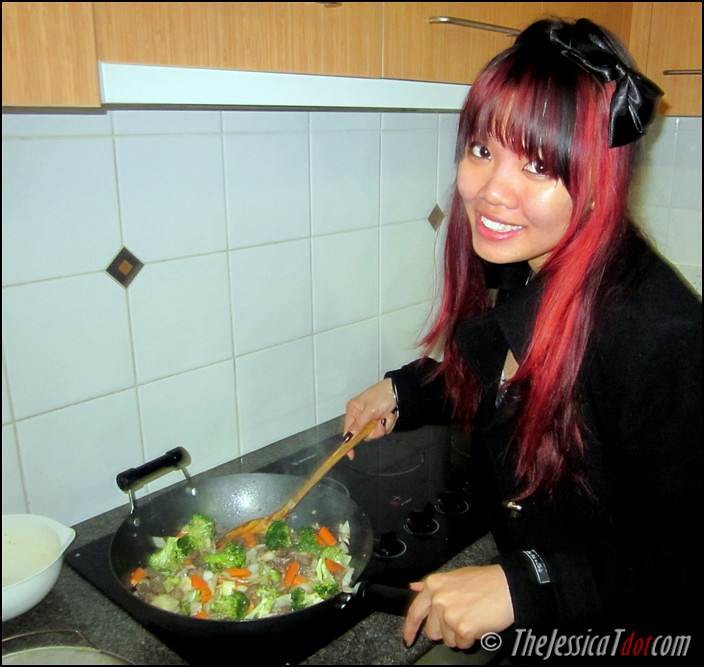 in the process! I like my meals with heaps of veggies 😀 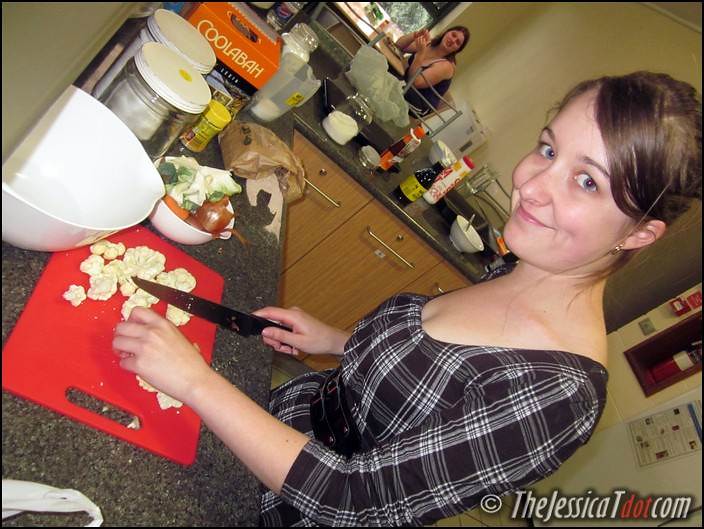 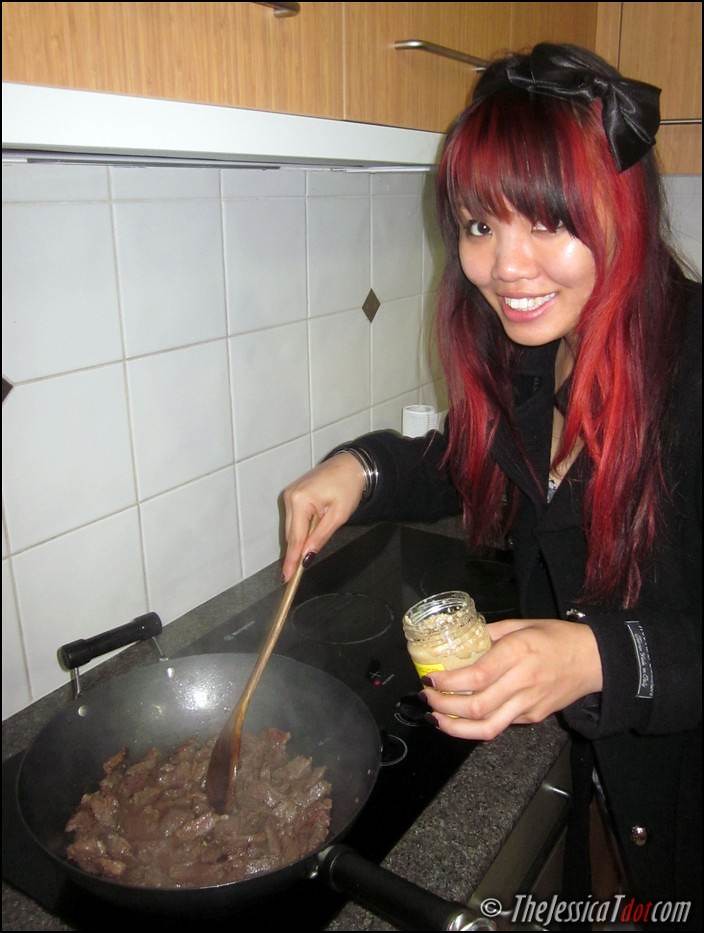 Lots and lots of garlic paste in the already-marinaded beef chunks!

Okay to be honest, the original dish was supposed to be Chicken Stir Fry.

But we changed it entirely to Black Pepper Beef Stir Fry! Then again, no one follows the cookbooks 😉 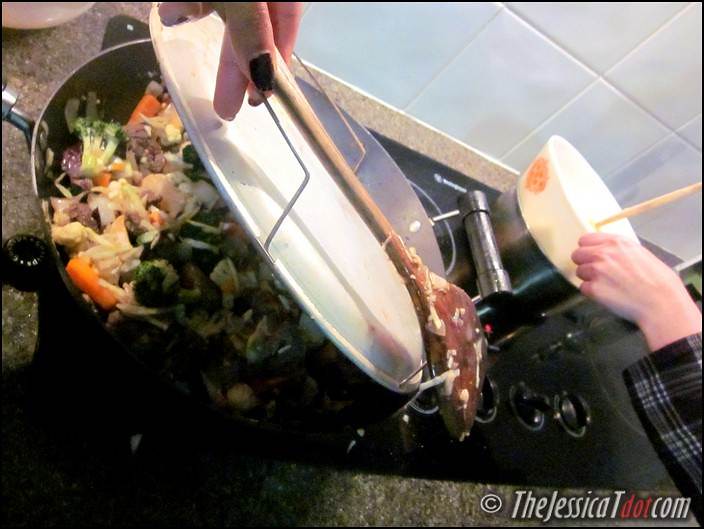 After putting everything in the wok!

Letting it simmer and absorb all the juices 😀 Omnomnomnom

Oh and you know what's our secret ingredient? Wine! 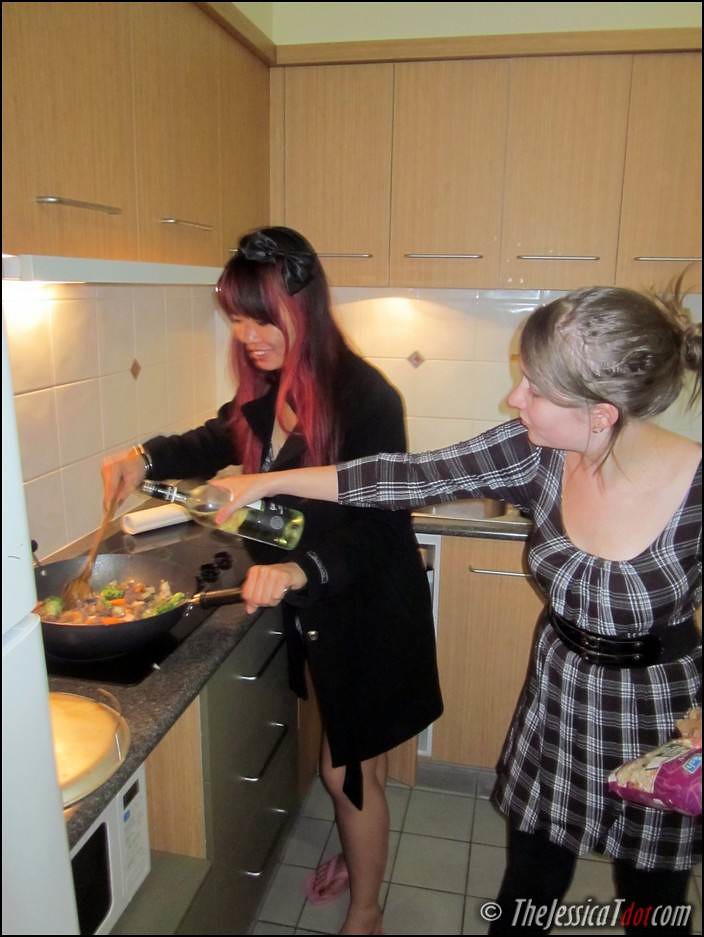 Lots and lots of it!

After letting it simmer for another half an hour, I just gave it some more herbs and condiments to taste. 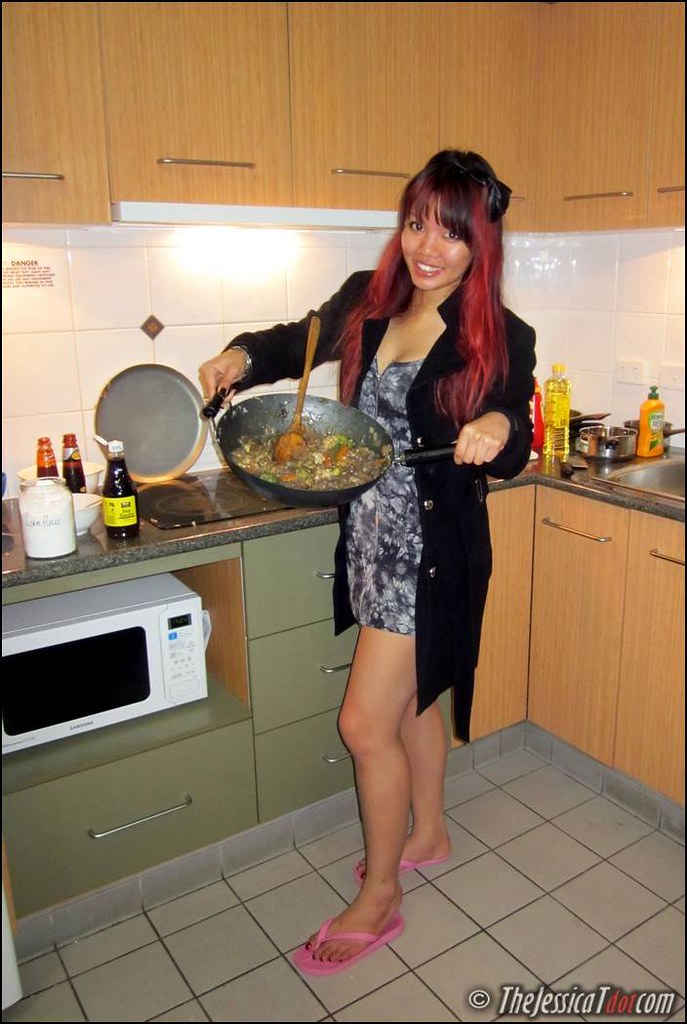 Erin was on the other side of the kitchen, also busy cooking.

But since she's vegan, all her meals were strictly vegetarian – no meat of any sort! 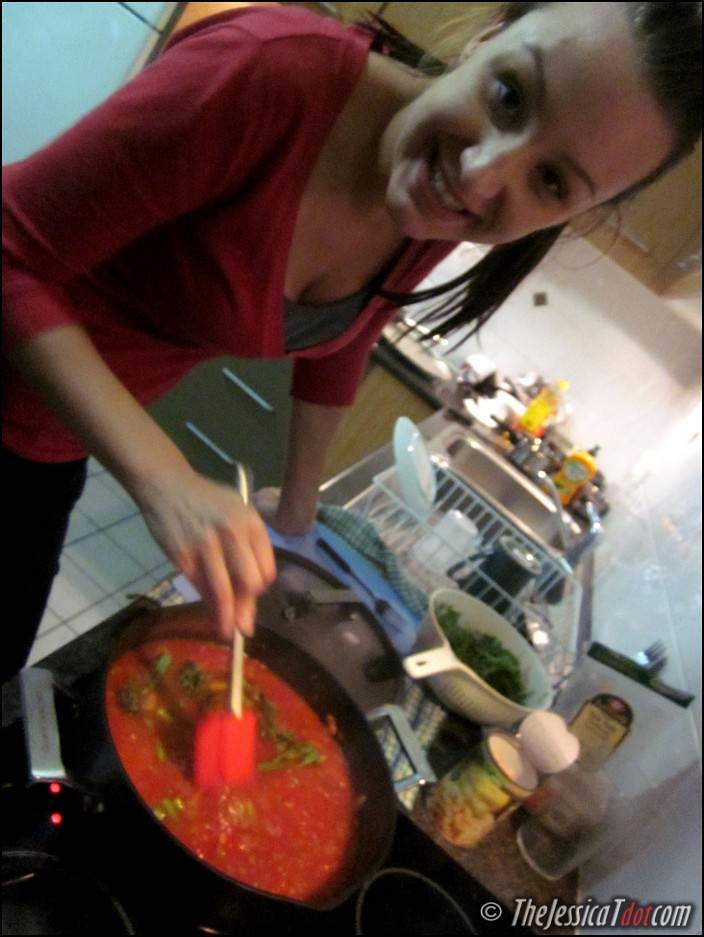 For dessert, we decided to bake a special chocolate cake. *wink* 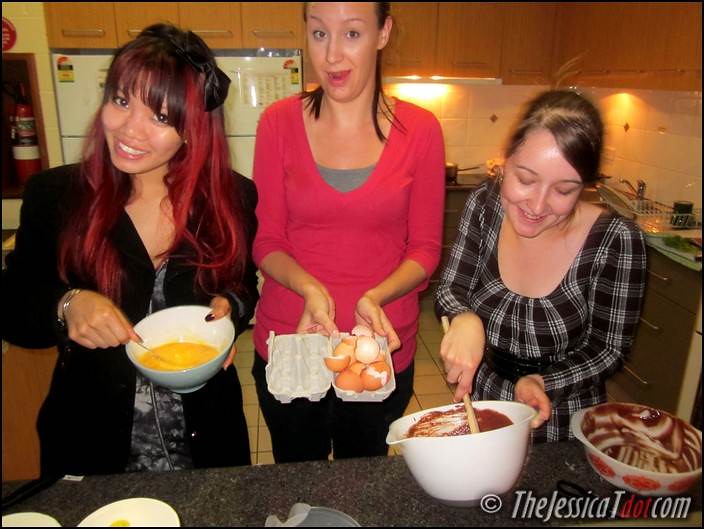 Prepare all the ingredients needed 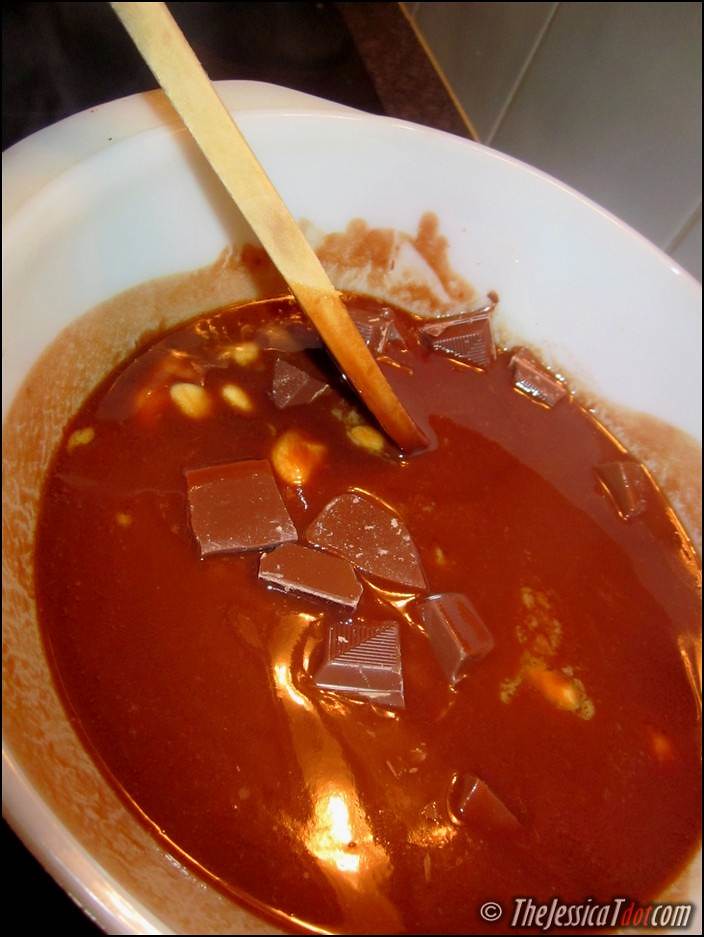 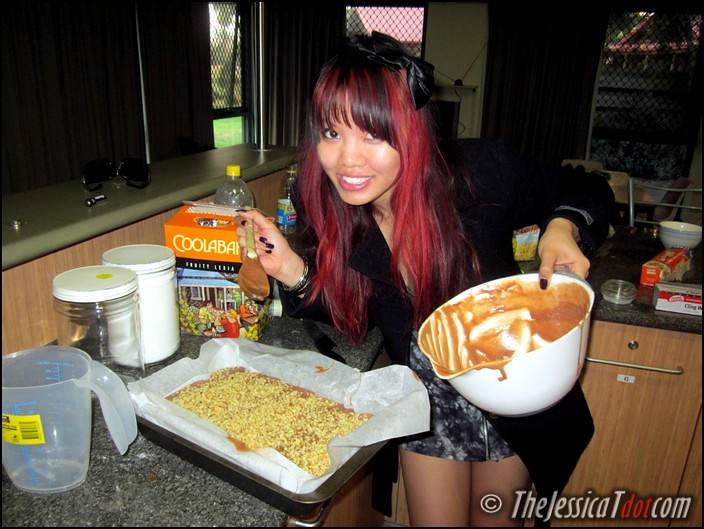 Pour it in with chopped walnut chunks! 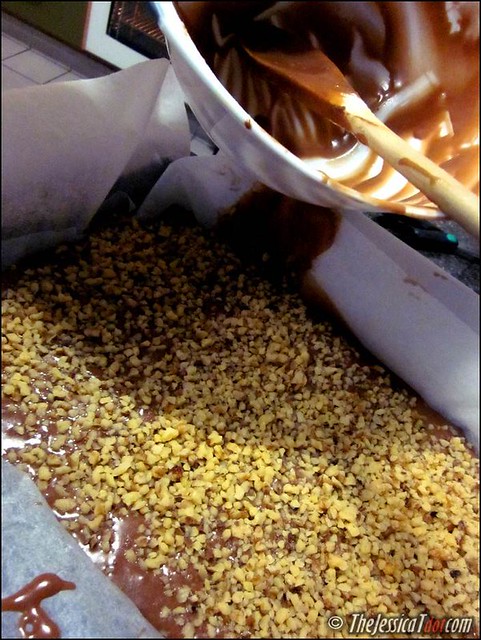 As usual, this is what my friends and I do after I've finished pouring the entire cake mix into the baking tin.

Who wants to waste good chocolate? 😛 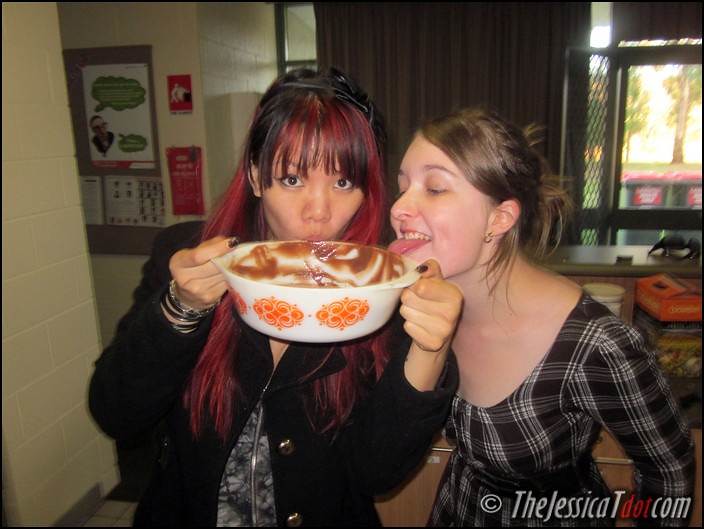 Popped it into the oven and waited for the magic to happen.

In the meantime, our Black Pepper Stir Fry Beef was ready to be eaten with steamed rice 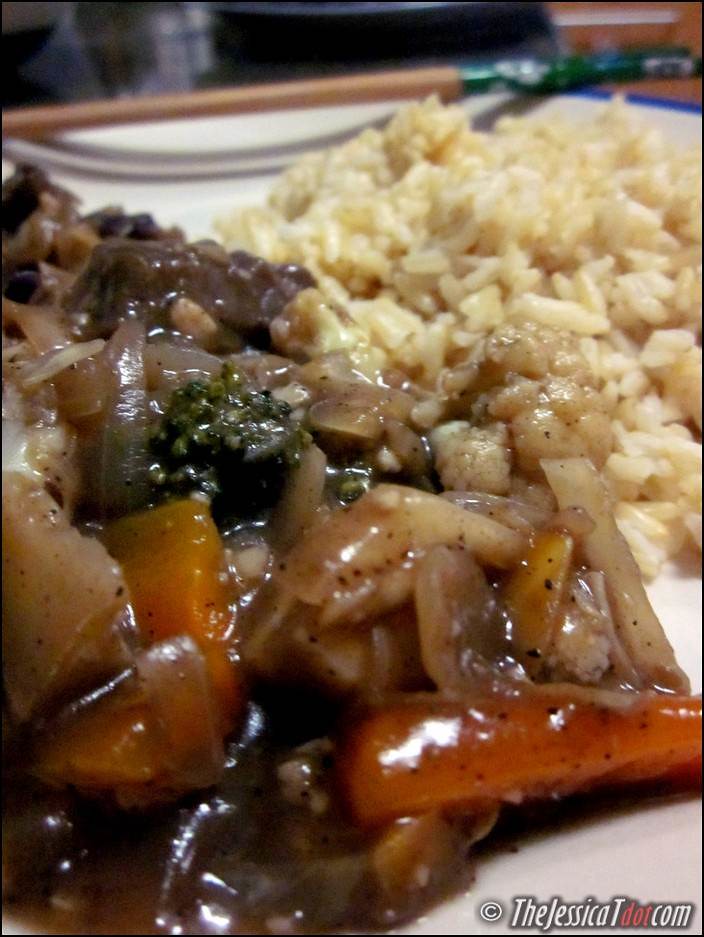 Cos I was too hungry and couldn't give two hoots about taking pictures. Just wanted to gobble it! I was delighted when my friends loved it just as much as I did!

One of them said it was spicy as! *giggle* Well, toughen up! Get used to Asian spicy food 😛 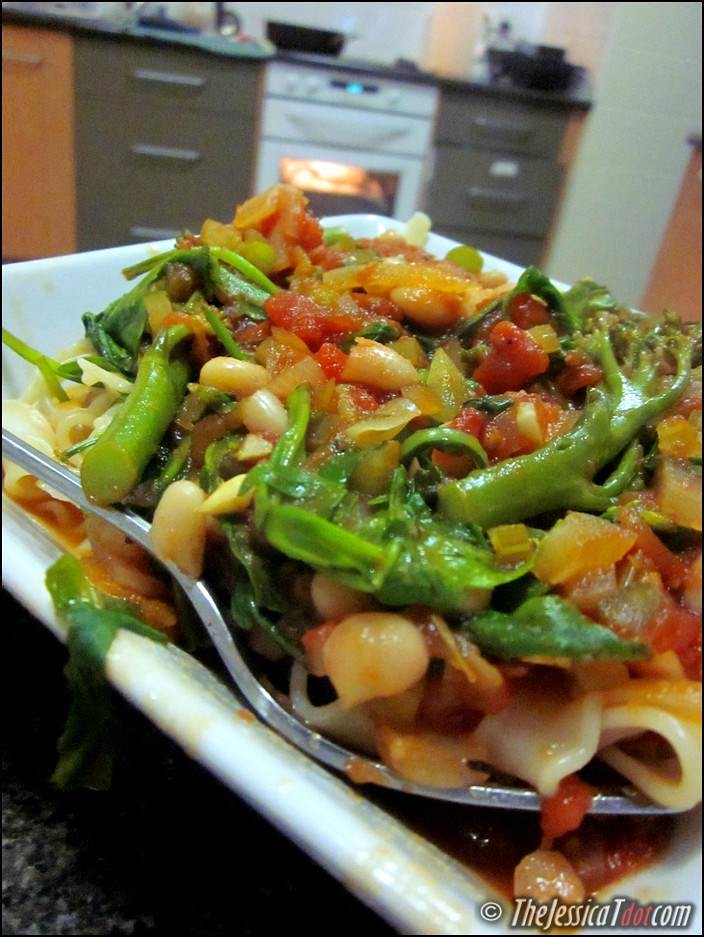 This was Erin's vegetable dish!

She let me take as many photos as I wanted before she ate 😛 Yay!

After eating and got really full to the brim, it was time to bring out the special chocolate cake! 😉 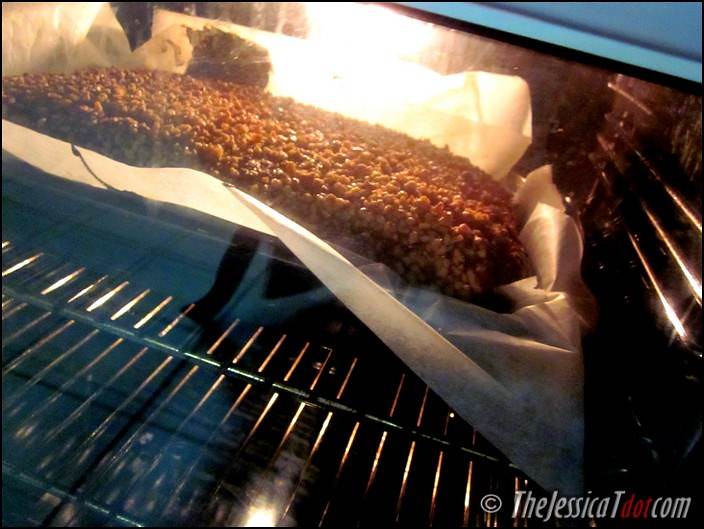 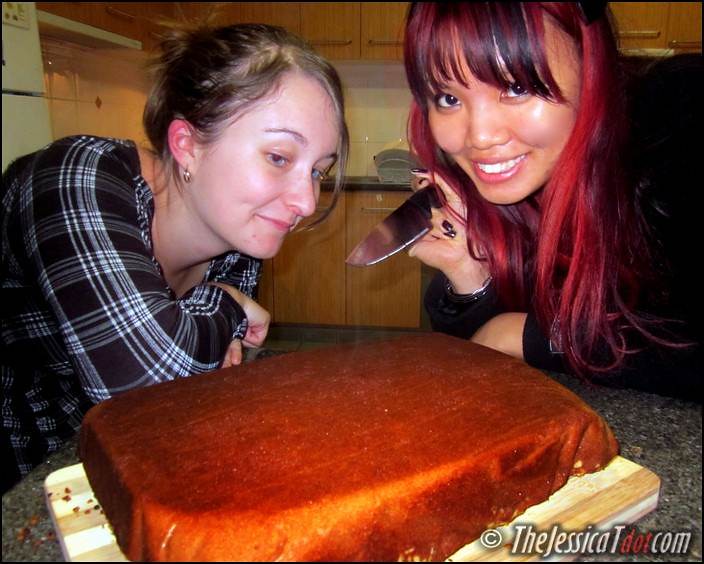 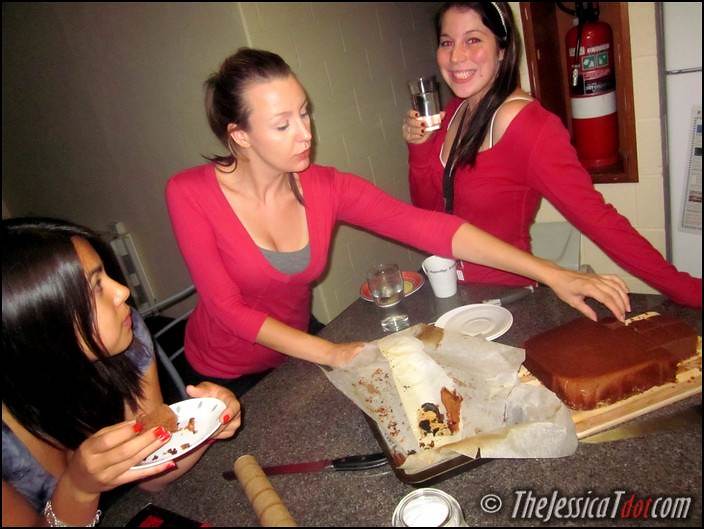 Yay everyone liked it!

Okay speaking of which, I'm really darn hungry as we speak.

Imma head out for dindins with the bestie now.

And to all my Muslim readers out there, Selamat Berbuka Puasa!