Oh yay! I’ve got a HD for my fiction writing class! Care to take a read?

So I've been working for hours on end on my never-ending assignments and pulling all-nighters.

Yup, pretty much stressed but still surviving! As of now, I still have 2 more major assignments to complete. 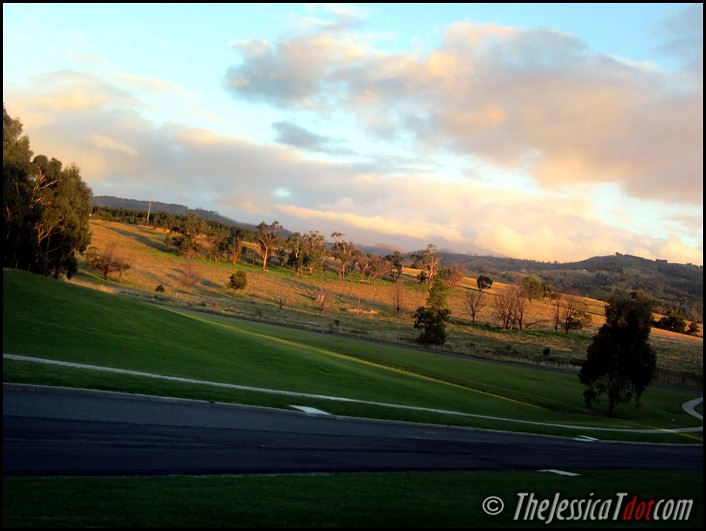 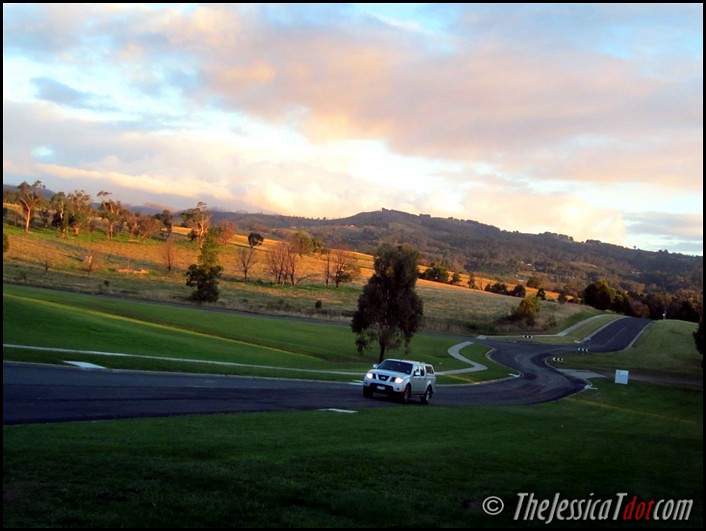 When night falls, there's even frost on the grass and mist coming outta your mouth when you talk

How I miss Malaysian weather already

Anyway, what made my day today was when my lecturer returned our assignments.

I wasn't expecting much, seeing that he keeps emphasizing that my work isn't good enough. But when I saw a High Distinction (HD) written with red ink on my cover sheet, I was elated beyond words.

The sun began to set on the horizon; casting enigmatic shadows upon the sidewalks of faded, uneven gravel. The trails of this languid settlement led to an uncertain foray into nothingness; winding, and descending. The air was gray and opalescent; a solitary ray of light swiftly outlined the skyscrapers; then another light; and a hundred more glimmered into vision with each flash of the passing headlights.

As time elapsed, the faint shades of sunset, encompassing vermilion and sanguine hues made way for a dark canvas of thick, iron studded skylights. The man in the moon must be in a joyous mood, for tonight’s iridescence was more golden than harvest moons; and brightly aglow, akin to the winter moon.

Seventy acres of this town were dotted with old, dilapidated huts where hundreds of plebeians call home. A large forsaken warehouse barricaded by fencing stood erect to the left; and to the right, an abandoned playground scattered with equipment – what was once synonymous with colour, now engulfed by immense corrosion. In the corner, lived an increasing horde of rodents that prowled trash-cans and scraps from a poultry slaughter-house. Not too far away, lay a half-obliterated carcass beyond recognition, of what used to be a small creature, reeking of a stench so foul, with maggots thriving on its fetid, disintegrated flesh.

Watching great drops of an unexpected heavy shower of rain splatter down, pooling into dark stains on the sidewalk; little homeless children scurried from the harsh tirades of the weather and huddled closely beneath tattered, worn-out awnings of the abattoir. Though it stank with the most revolting odour, it was their only means of refuge from the merciless downpour.  A sudden gush of wind soon enveloped the town with an icy-coldness that permeates the depths of the soul; quivering the very marrow of the bone in unison. Such unwelcome November rain had perversely stolen the days last hour and pawned it with a vibe of fear and desolation.

In the near distance, the silhouette of a feminine figure could be made out to be trudging along those rough terrains; drenched by torrents of the heavy rain. Of why she was barefoot and forlorn, was unbeknownst to anyone who jostled past her. A loud creak broke the deafening silence of this bleak, stormy night when iron doors of a nearby Hollywood film set flung open abruptly. The subsequent heavy roaring of a rising crowd and the interlaced clatter of many voices swamped the scene. She stood insignificantly, like a fly on the wall, watching silently as the throng passed.

Ladies in evening gowns could be seen wearing their long locks in loose, delicate waves, crowded along with shrieks of strident laughter; two to an umbrella, where most of them had their arms around pallid, immaculate men, decked in pressed suits. They ambled past, accompanied by chauffeurs into sleek limousines, followed by a squad of bodyguards swaggering past, boasting due savoir faire expected of them as sentinels of the elite. Even so, blinding lights of cameras still flash by as paparazzi tailed the crème de la crème of Tinseltown until the very second they zoomed out of sight. When all the merriment of the rich and famous began to subside, the town was once again, left in a depressing state of obscurity.

There were dubious activities around the corner, illicit motherhood in the attic three blocks away, and felons menacing every nook and cranny. Nightmares of perspiration between the clammy walls took to an overpowering force upon the building. Those concrete walls, made of red bricks plastered haphazardly in cement, echoed with silence. Amongst the grime and undergrowth breeding in the corners, a stolen thought arose. A fragmented, discontinuous thought which scrambled around in that darkened corner, running in search of other thoughts, hungry for a connection.

"Help," says the thought in its faint, mellifluous tone; a disembodied voice so light it barely resonates.

"Help…we aim for justice, it shall prevail".

I look more closely at the thought, at the silver glittering off its skin at it weaves in and out of the dim glow of the swaying, cracked bulb hanging loosely from the wall lamps. It is shaped like a prism – a tiny insignificant thing, yet unspeakably glorious in the magnitude of its beauty. It beckons me; drawing me closer into an unfathomable intimacy.

A squalid phantasmagoria flashed by abruptly and shattered my train of thought. It soon disappeared into the mist as my futile attempts to squint vigorously in hopes of regaining my vision were in vain. It is not uncommon for the folks of this sinister town to conjure apparitions every now and then; like a Freudian dream left unearthed. For the history behind this place lays a morbid incident which took place several years ago; unspoken of and by no means allowed to leave one’s lips.

There is much to say about this town, but very few dare to utter a word.

So, that's the end! 😀 Alright, my dinner is almost ready to be eaten now. Had been cooking all afternoon!

I know I still owe you guys plenty of blogposts of my daily cooking voyages, but then again I've too many pending posts to actually keep track anymore 🙁 I don't think I'll ever run out of things to blog about, only running out of time!

Have a good evening ahead while I enslave myself to those merciless assignments!

The Sunday Times XXV: Sights, sounds, adventures & eats! My week in a flash ♥

« Previous post
Behold the flames – how my friend set his hands on fire! The pyromaniac does his thang
Next post »
Back from a full day out at Melbourne Zoo + Tutankhamun and the Golden Age of the Pharaohs Egyptian exhibition!