I've always been a keen supporter for anything revolving around youth empowerment, youth development and the like. Something that is capable of making those young minds put their thinking caps on, jolting their grey matter and thus, conjuring intelligence! 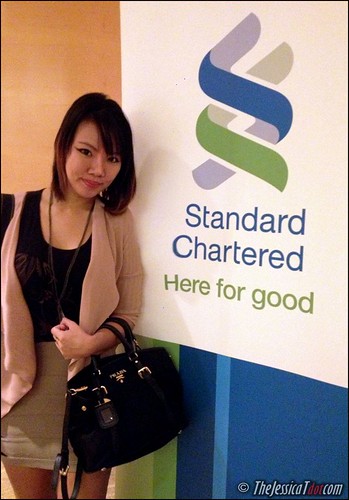 When I first heard of this competition, I was impressed how it is designed to discover world-class IT innovations and unleash the innovator potential of both university students and Standard Chartered employees.

It's definitely a perfect platform where youths alike can showcase their ideas and churn them into brilliant innovations! Some ideas just really need a push to get it going wild! 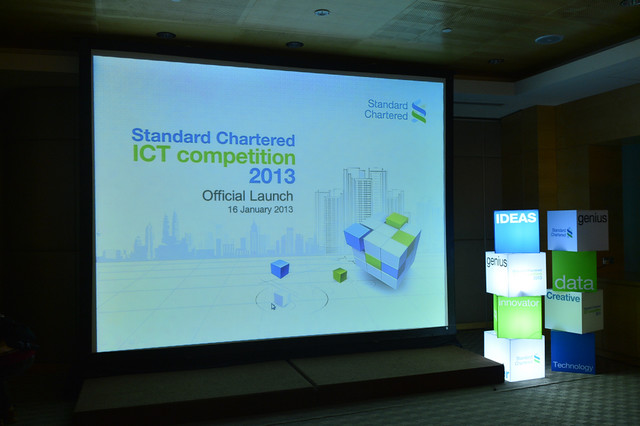 The event was officially launched by the Deputy Minister of the Ministry of Science, Technology and Innovation (MOSTI), YB Datuk Haji Fadillah Yusof and is being endorsed by MOSTI as well as the Ministry of Higher Education (MoHE).

It is also supported by other various government agencies such as: Multimedia Development Corporation (MDec), Malaysian Communications and Multimedia Commission (MCMC), and PIKOM (National ICT Association of Malaysia).

So good to know that all the corporate bodies are all in this together to enrich the young minds!

Whoa! That's a load of ka-ching right there. 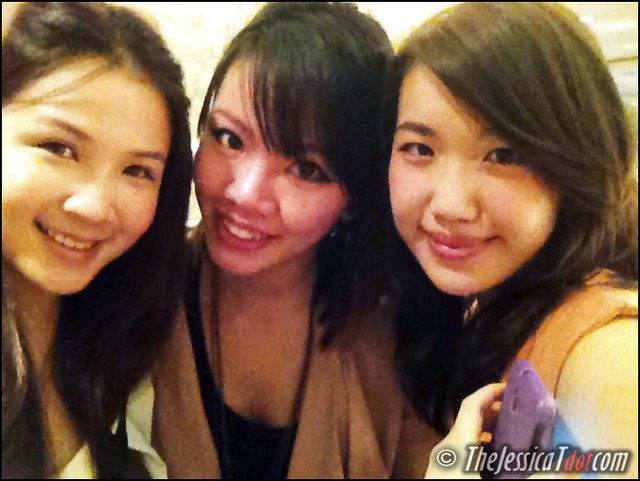 We took a seat inside the hall to hear what Standard Chartered’s Chief Information Officer,

Arif Siddiqui has to say about the competition 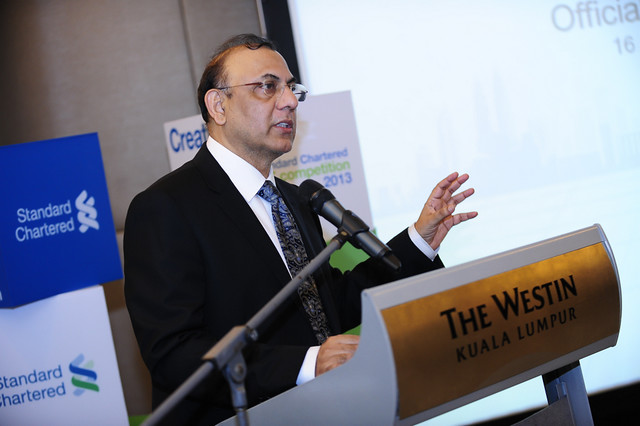 He shared that this “ICT Competition 2013 is more than just embracing ICT. For the Bank, we realise that this competition signifies our quest to boost creativity and innovation and to further increase the knowledge of ICT amongst university students and also our Standard Chartered employees"

We were then enticed to a performance which very cleverly fuses both dance moves and innovative digital effects! How apt to the nature of the competition ey? 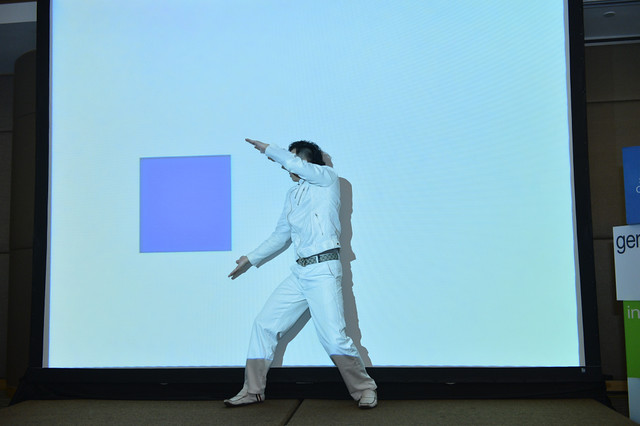 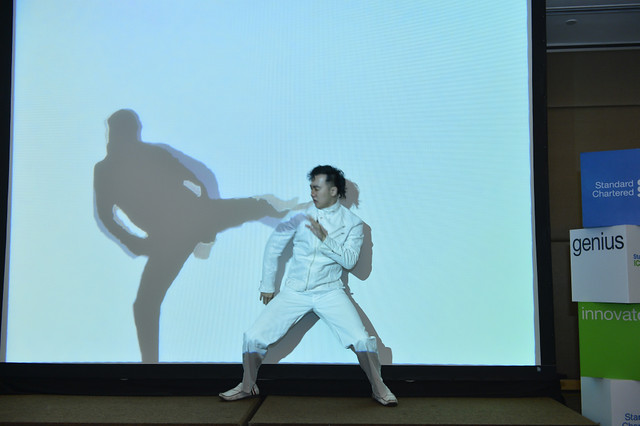 Fighting with his own shadow! 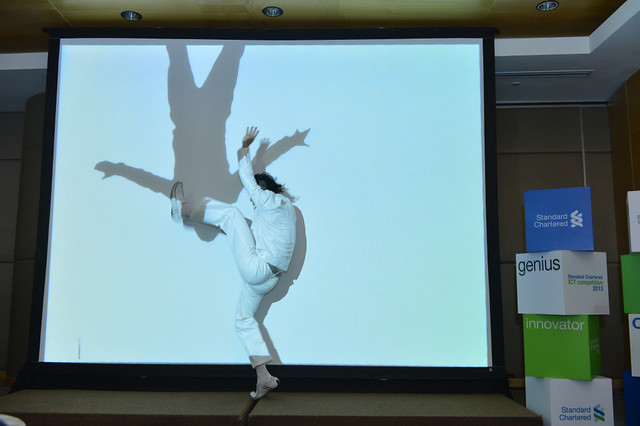 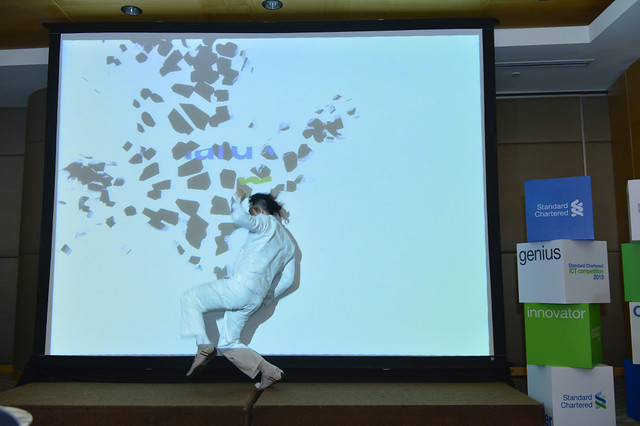 He kicked real hard to reveal… 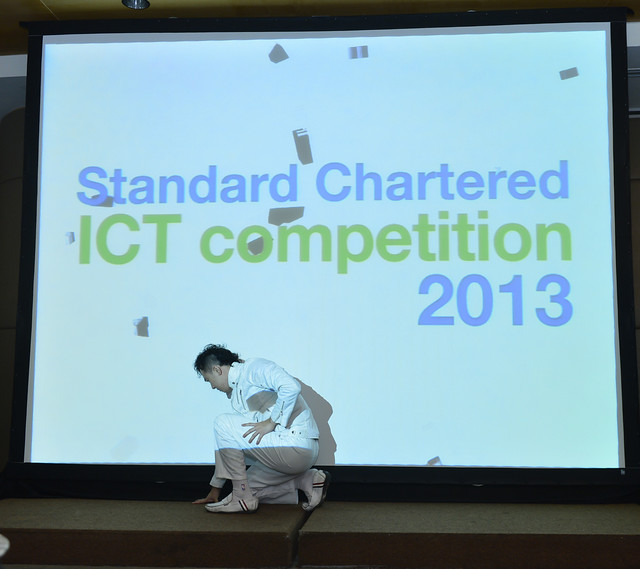 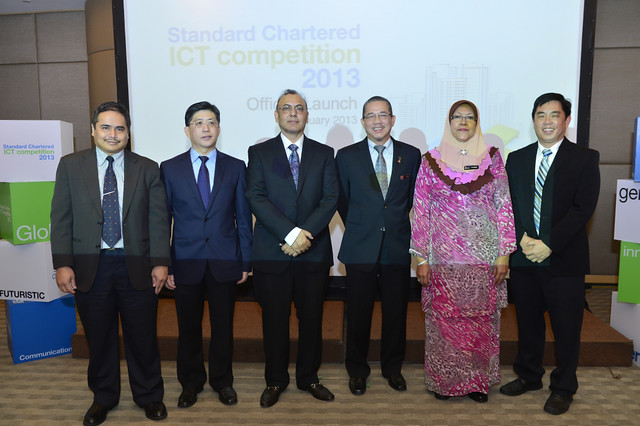 Guests of Honour at the corporate event 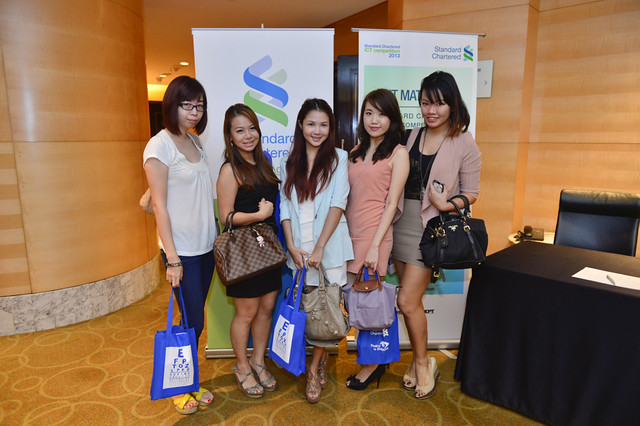 Some of us social media influencers at the event 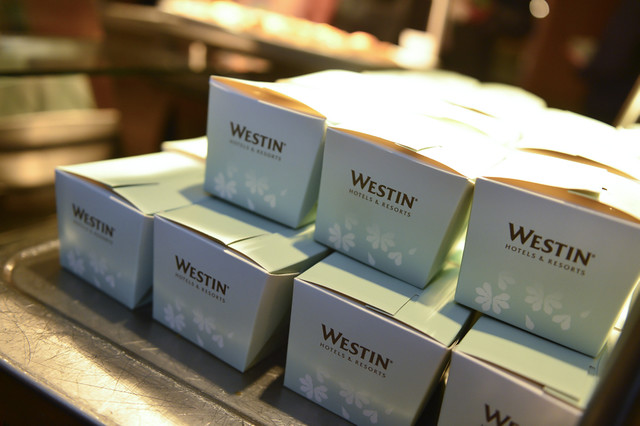 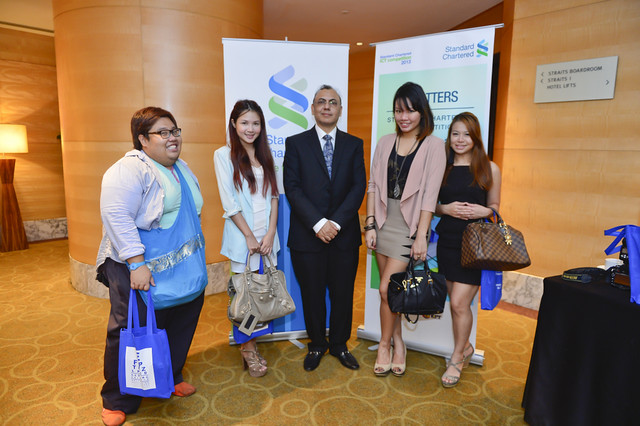 Each participating team must submit their ideas in the form of a business proposal to assess not only their creativity but also their business acumen.

Just to share a little more about the competition, judging criteria will be based on 6 elements:

3. Quality of Presentation & Clarity of Idea 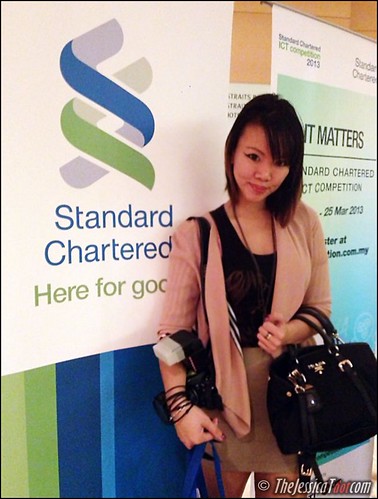 There is also an ongoing weekly Facebook weekly contest. It's in its 3rd week now. So fun!