Happy Merdeka party with the homies at the latest club in town, Voodoo @ Penang! #iheartmalaysia

SELAMAT HARI RAYA TO ALL MY MUSLIM READERS OUT THERE

& HAPPY HOLIDAYS TO EVERYONE ELSE!

Randomly, I bet you peeps are wondering what an unpatriotic prick I am as there was not a single trace of Merdeka postings of any sort on my blog. Haha! In fact, I was working on a Vlog in conjunction with Merdeka but ya know what they say about holidays – they turn you into a lazy slob and a party animal. 😀

My very 1st attempt of a Vlog. Very amateurish crap piece of work I know.

The transitions, effects n synchronization of audio n visuals fail FML and I talk funny -__- but i'll brush up on my skills! 😀 Hehe. One's gotta start somewhere ya know, and it ain't gonna be a piece of cake for a n00b 1st timer 😀 😀

So anyway! I was at Penang celebrating Independance Day with the homies. The entire bunch of us ushered Merdeka in style, laser lights and plenty of booze. Like I mentioned in the video, last night was just crayyyyzieee. 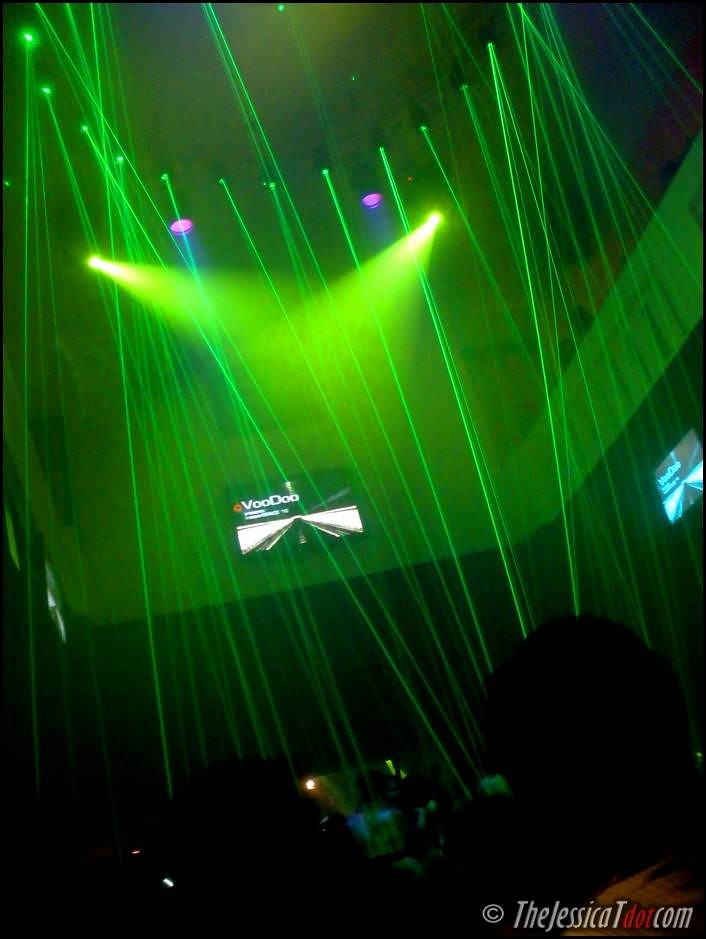 Yup, it was raining in the club alright – the clouds were blasting laser beams from the sky!

For those not in the know, Voodoo is the latest dance club & bar in the clubbing square of Upper Penang Road. The moment I stepped in, I was amazed by the interior decor and build up of the place. It was formerly a club called Momo, which was torn down sometime back in 2009.

And now it reopened with a boom! So much bigger, more impressive & fab lighting. 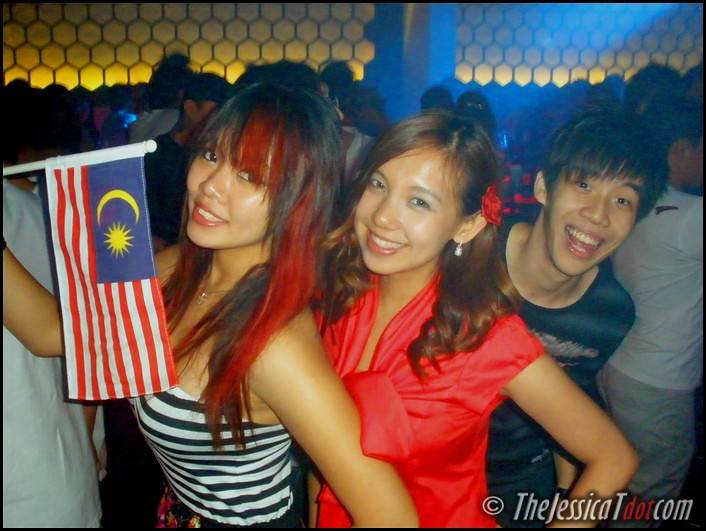 with my bestie Joyce and Chris!

It was crazy! Though I felt funny lugging the Jalur Gemilang (Malaysian Flag) into the club, I was pleasantly surprised to see a significant number of peeps at nearby tables doing the same :D 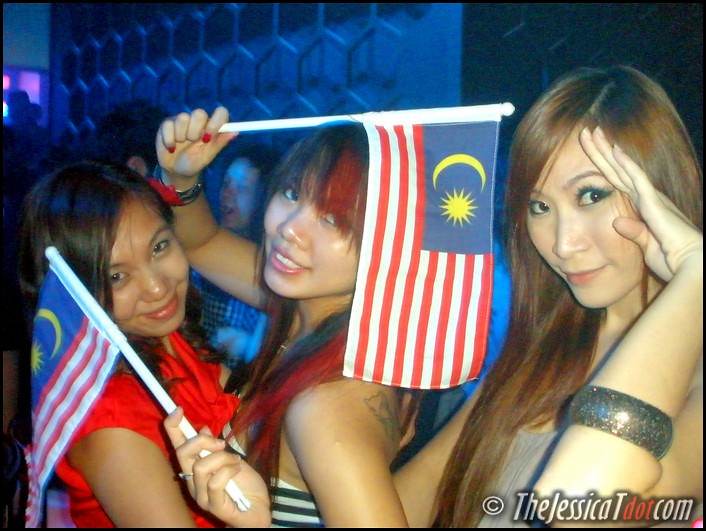 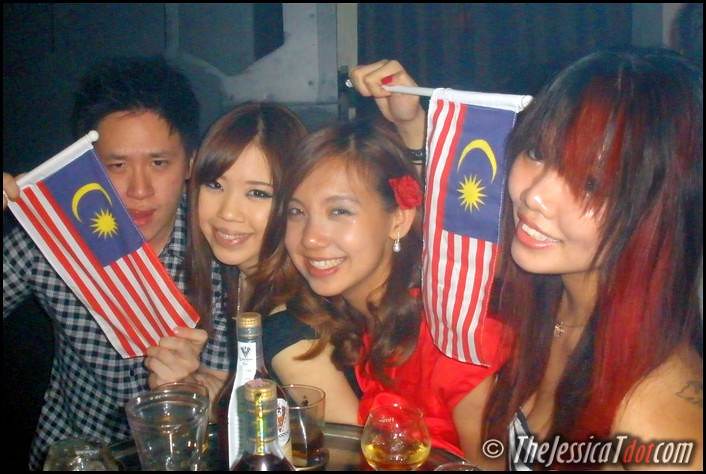 Had crazy ass fun with the homies as usual – an imperative with each visit back to Penang! 😀

3 bottles altogether within 2 tables. But no one got tipsy this time round. It must be the Merdeka spirit kickin' in 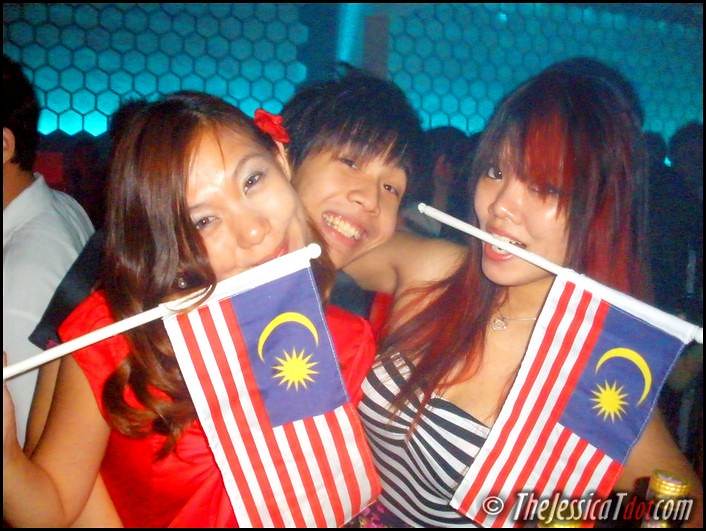 If you're a Malaysian reading this, you don't know how lucky we are that we live in a (relatively) peaceful and economically, socially and politically stable country 😀

At least we ain't living in shackles confined within boundries of a hunger stricken and war torn nation! 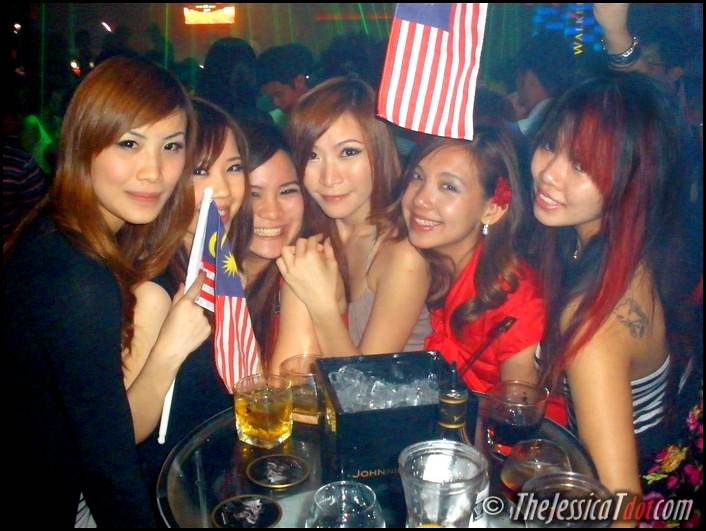 With my babes partying the night away

National anthems, state anthems and various patriotic songs were booming through the speakers the entire night! I must say, it does sound kinda funky all remixed with some crazy-arse bass beats. Thumbs up! 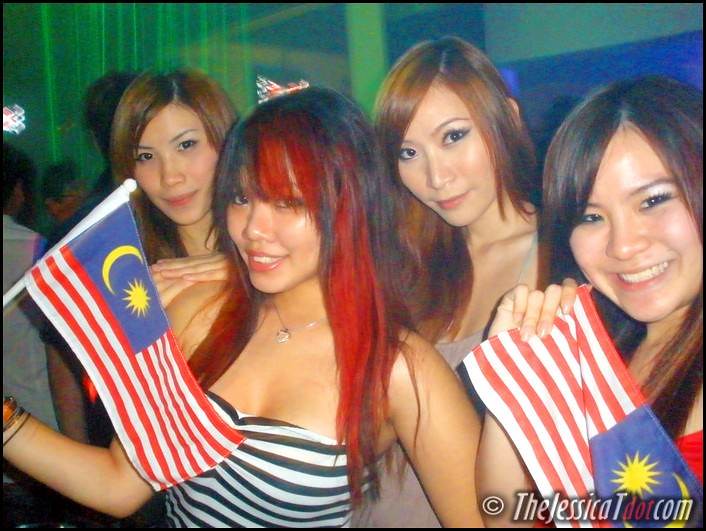 Okay last piccie for the road! 😀

We retired to the mamak and hit the sack soon after