Look what I bought! A day at Too Hot 2Handle fashion bazaar @ MOS Euphoria. Lotsa blogshops!

Goodness gracious! Just got home from a huge thunderstorm + traffic jam which caused a 2 hour jam all the way home! Sigh. I was practically shivering in the car despite having turned off the air-conditioning. I guess its just the chilly South-West monsoon season in Malaysia.

Anyways, here's another sunny weekend of mine! 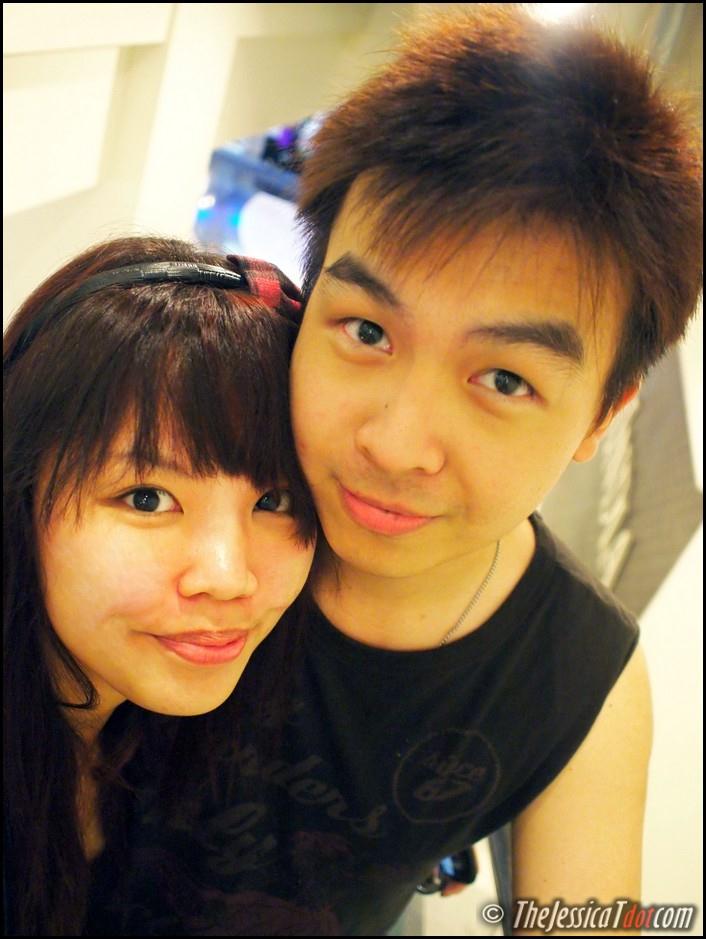 We had dinner in Marche on a lazy Friday. It's really nearby, plus, I just love the food and the concept there! If you haven't been to Marche, you must! It's unlike any other restaurant, for its interior is exactly like an American marketplace. In fact, 'Marche' by definition, does mean 'marketplace' in Italian after all. 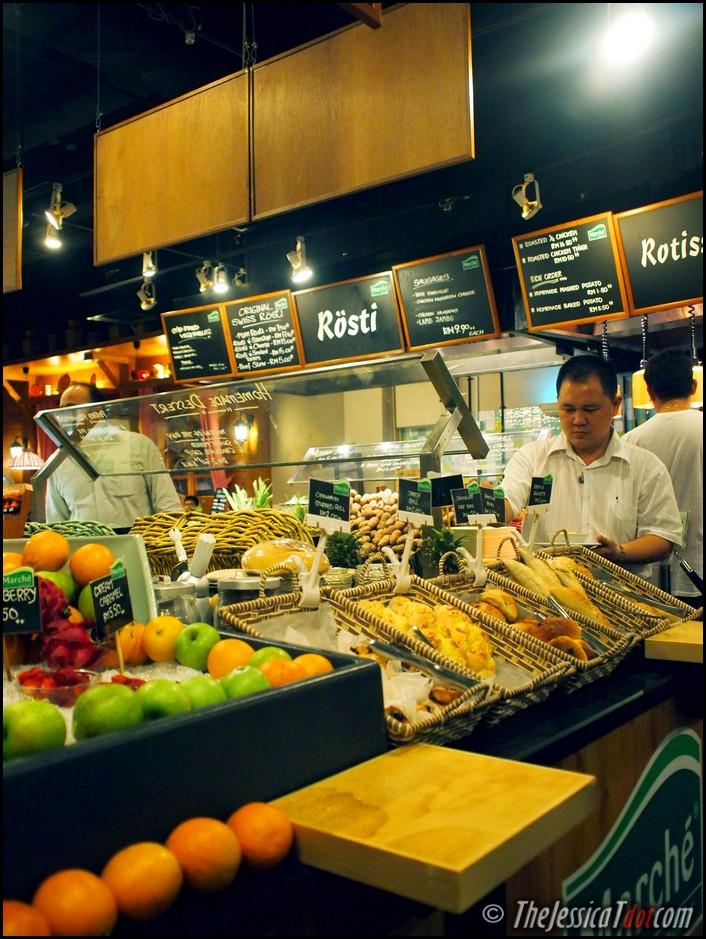 and they'll cook it for you right before your eyes! 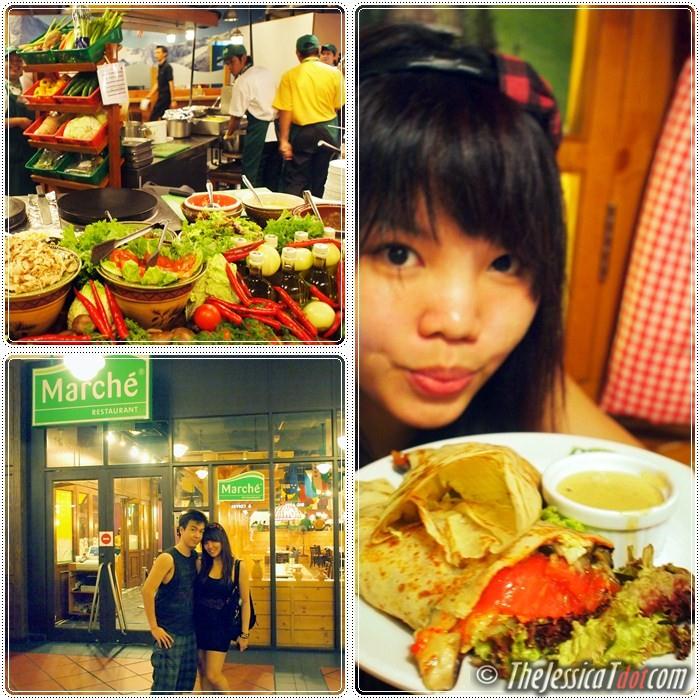 There's like all sorts! I could just live in this place, I tell ya 😛 😛

The stews & soups are good, so is the beef steaks and seafood. Pasta too! omnomnomnom 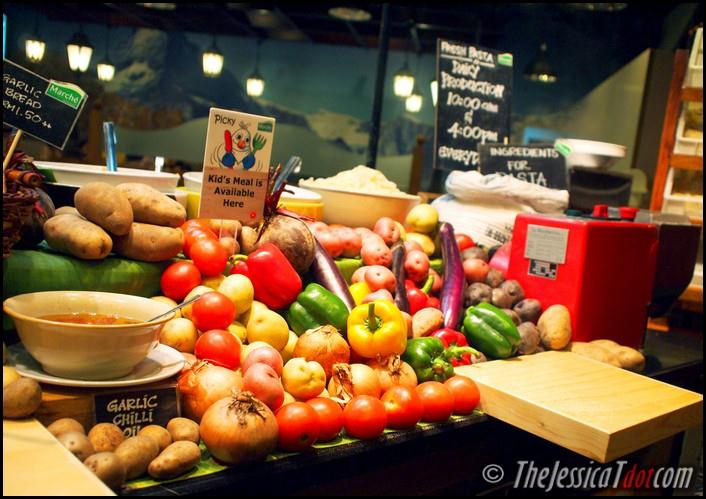 Some of the huge onions, tomatoes, aubergines and bell peppers that they use to make their stews

Love the pizzas there too 😀

Josh had Roast Chicken with Mashed Potato while I had Smoked Salmon crepe and *can't remember what* soup! But it sure tasted good 🙂 🙂 We initially wanted to grab some desserts too (gosh they were just sitting there waiting to be eaten!) but the both of us were too bloated.

Sigh. Always a next time! 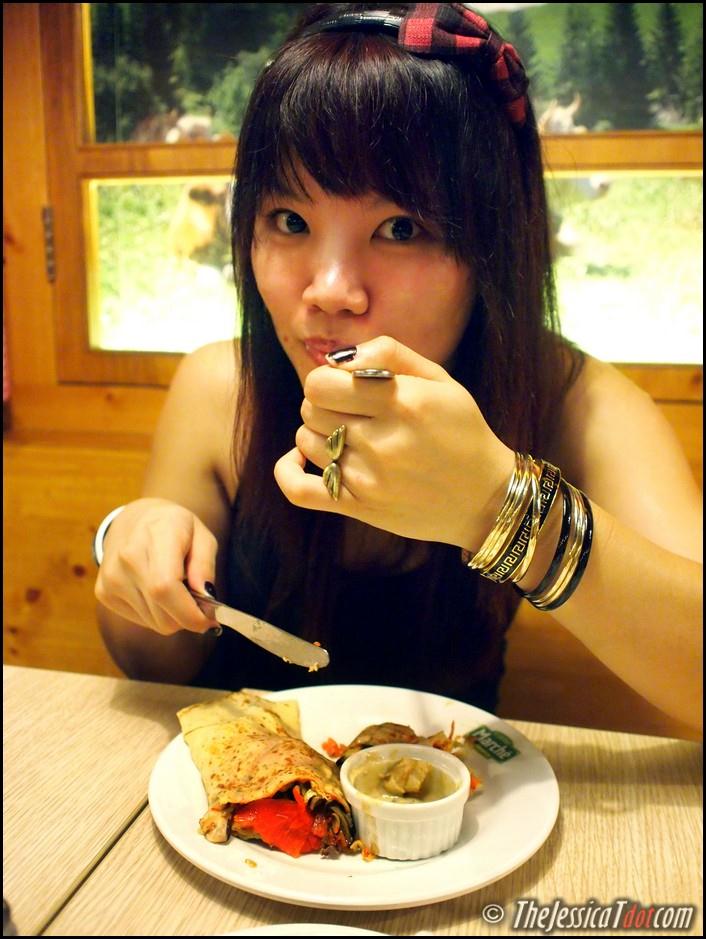 Go check 'em out babes 😀 Plenty of goodies there

The very next Saturday, we headed to Euphoria Ministry of Sound for a fashion bazaar that all my girl friends were anticipating all week! It was aptly named 'Too hot 2 handle'. Oooh-laa-laa!! 😀 😀 Funny that bazaars are now happening in clubs, albeit in the afternoons 🙂

Camwhored in the car on the way to Sunway. 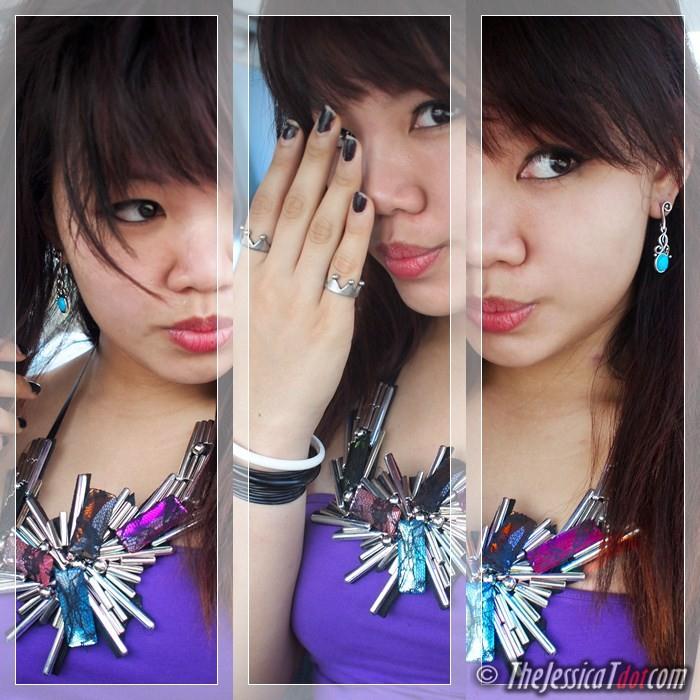 All accessories by Soak Republic too

How can you not adore  their lovelies? 😀

Let's just hope Josh would not be bored out of his bones. After all, there will be lotsa gals for him to check out as well muahahahah! (don't take this as an approval, love) 😛 😛 But LOL ya know what was very interesting which we found out once we got in? There was a "boys room" downstairs – with Playstations and Wiis. 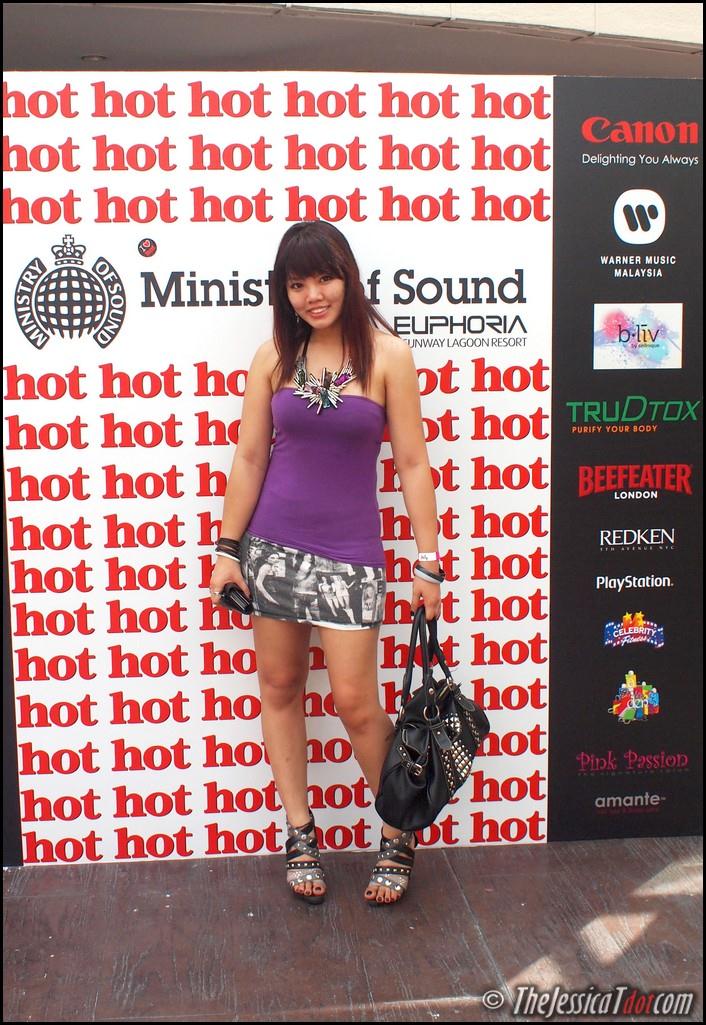 Was initially surprised why the boys were there! Apparently it was to accompany the girls hee 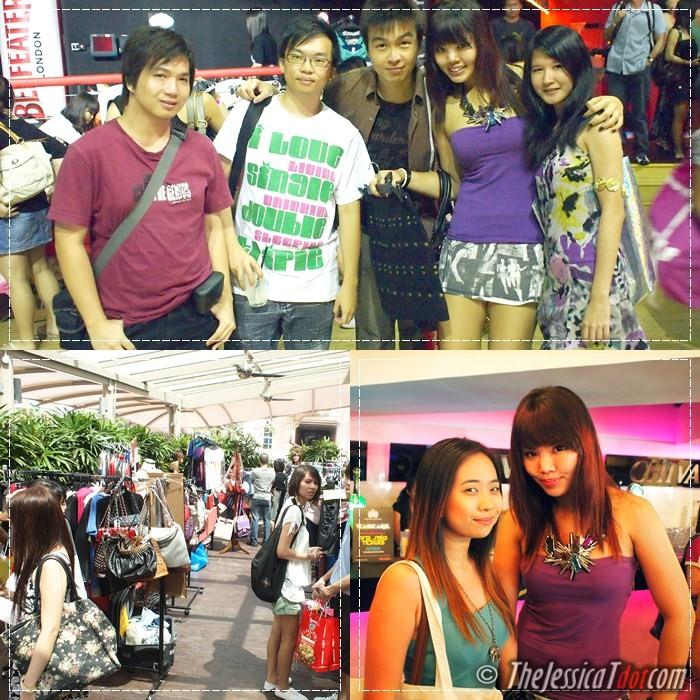 The first blogshop store that I went was a booth by Sugarpoppins! After scouring through their pretty stuff, I set my eyes on a really adorable retro polka-dotted hairband! It's so cute and I bet it was handmade too. Needless to say, I put it on immediately 😀

And they made it mine 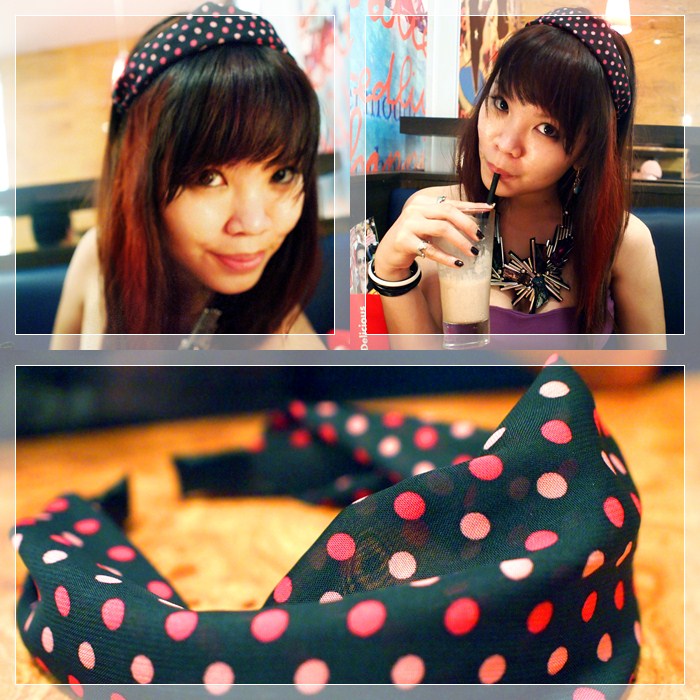 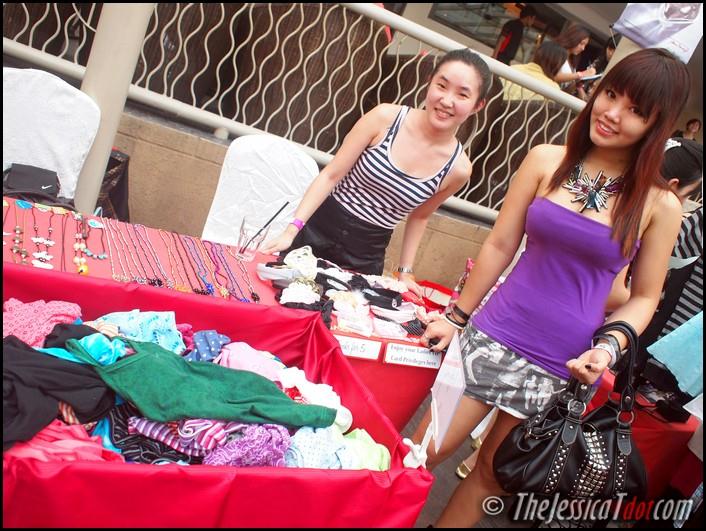 The next goodie was a white tanktop with shiny metallic drops from the top. It was from _____ (someone help me with this! I can't remember which blogshop!) 🙁 🙁 🙁 Wore it on my trip back to Penang a few weeks back. Tied 2 pigtails too! 😉 heee. 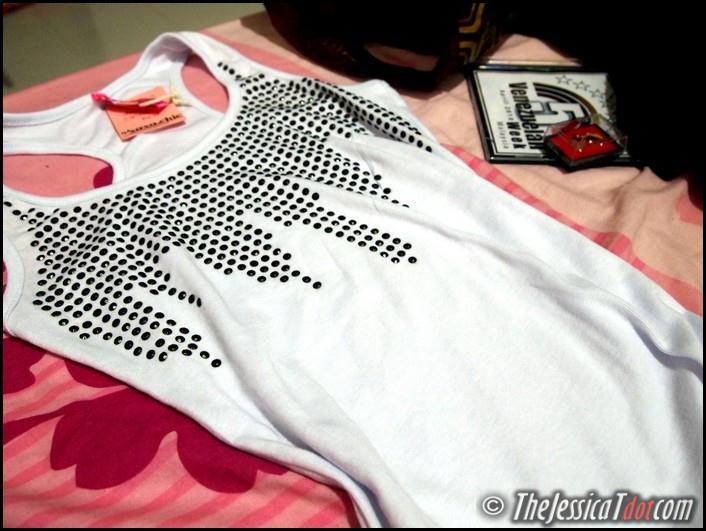 Josh helped me choose it amongst the rest

I bought it from these fabulous gals manning the blogshop store 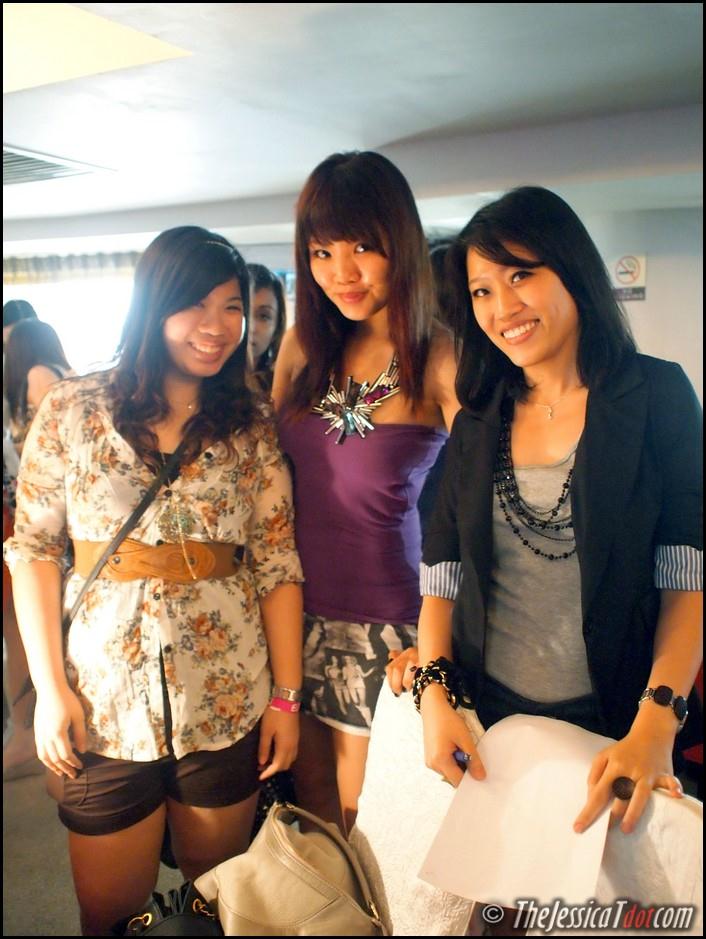 They were rlly nice people too!

Next was this dangerous dress of a ferocious tiger! Pretty daring zippers if ya ask me 😀 but it's really gorgeous! Cannot resist heh. If you remembered, I wore it during the ENCORE Wonderland party in 7atenine last week. Wore it with a pair of sheer black stockings 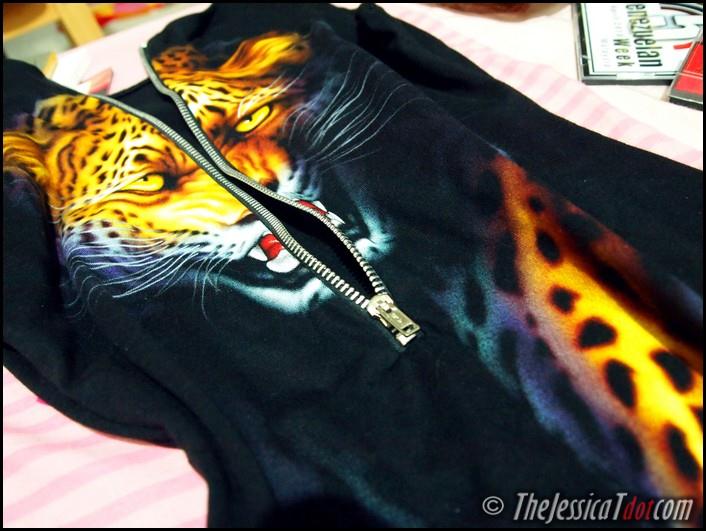 Her store was one of the first few ones at the entrance. Oh and guess what? She was also wearing a similar one – but hers was a white tiger! The white tigers were all sold out already, only the bengal tigers were left 🙂 And I bought it! 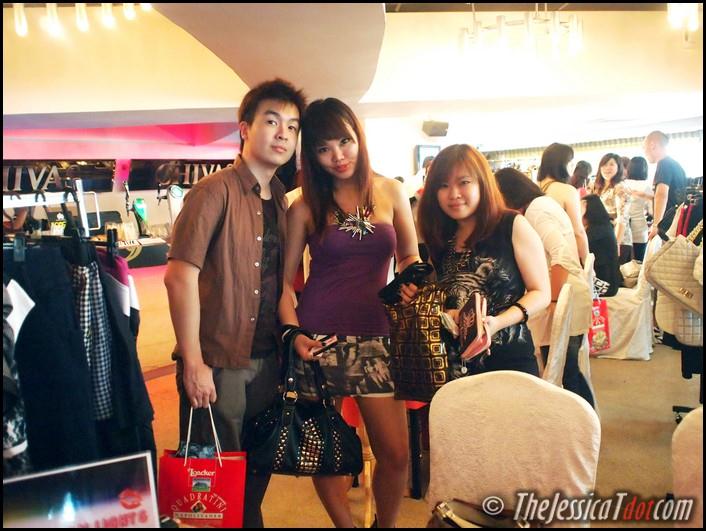 heh. It's plain to see that Josh could possibly be interested in something else up there 😛

Well it could be a flying pig somewhere… somehow…. 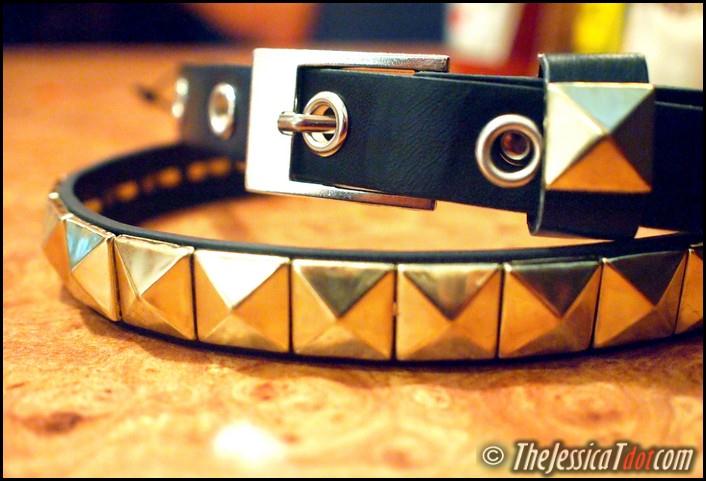 Also bought a studded rockish belt from an unpleasant snob. So not gonna pimp them!

Bah! If I didn't love the belt so much, I wouldn't buy it from them anyway.

Continued browsing through all the pretty blogshops that had their goodies on display. There were so many of 'em! Shoes, handbags, tops, skirts, dresses, accessories… 2hot 2handle had nailed it all. They've even got some novelty stuff!

Check this Domokun bag out 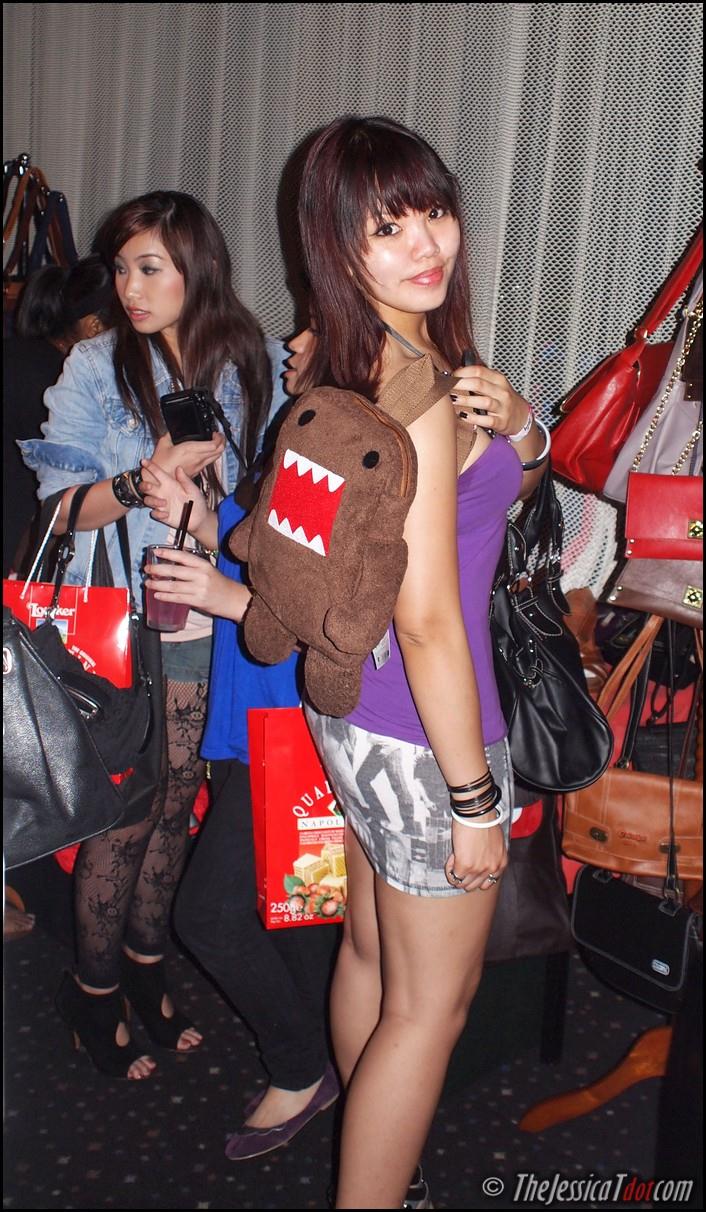 At times liddis, I just wish I was 5 again.

THEN I'll have the excuse to strut down the streets straddling it without a care in the world!

Before I left, there was one special blogshop in particular I just couldn't give a miss! it was none other than the accessories extraordinaire, Soak Republic of course! Why, where else does a girl get her pretty accessories online? 😀 I've been asked where I got some of my accessories from over and over again, and again I shall show you – here's the answer!

This is the one-stop where I always shop for my fashion needs and glam bits. 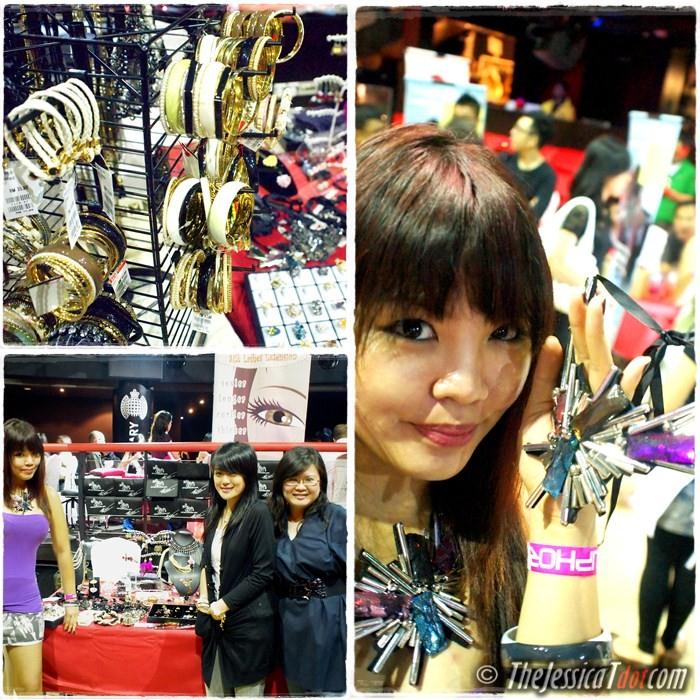 Ooh! My fave bib necklace was still available for sale too!

It's handmade by them FYI, really pretty

Aside from bib necklaces and the other accessories which I was decked in today, they've loads of other stuff too! Trust me, you'll be spoilt for choice yo 😀 😀 They've lockets, hairbands, earrings, wristlets, bangles, rings, ear studs, rings, chains, pendants, wristbands and so much more. 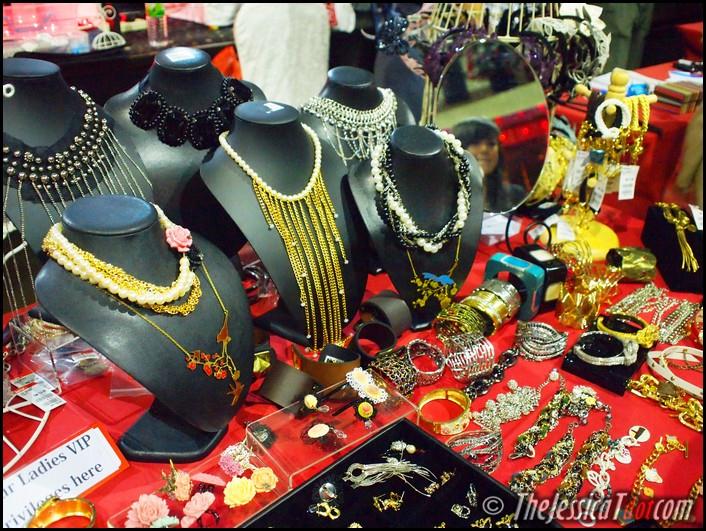 check 'em out yourself at www.soakrepublic.com

Soon after, we left the place before my wallet had the chance to cough out dustballs and echo my name. Just as Josh and I were exiting, we passed by a very memorable spot. Speaking of which, imma let you in on something, somewhat-personal-but-not-really-either. Some time back in late 2008 on a busy clubbing night, in this spot, was where we first met. 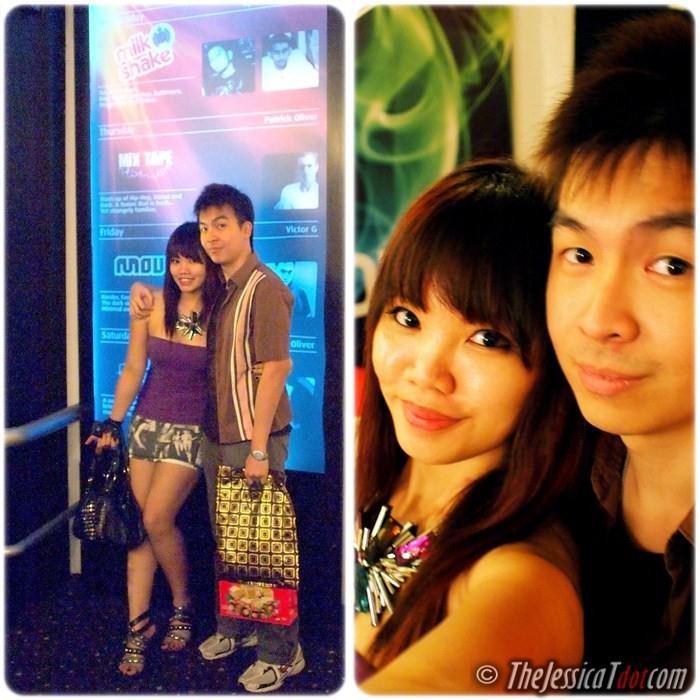 😀 hohoho what are the odds ey?

So anyway, we left and headed to Sunway Pyramid for lunchie. By that time, it was already past 2PM. Goodness me, I was starving! So TGI Fridays was the choice we voted for! 😀 OMNOMNMNOM Salmon Fettucine and his Smokey Jack burger 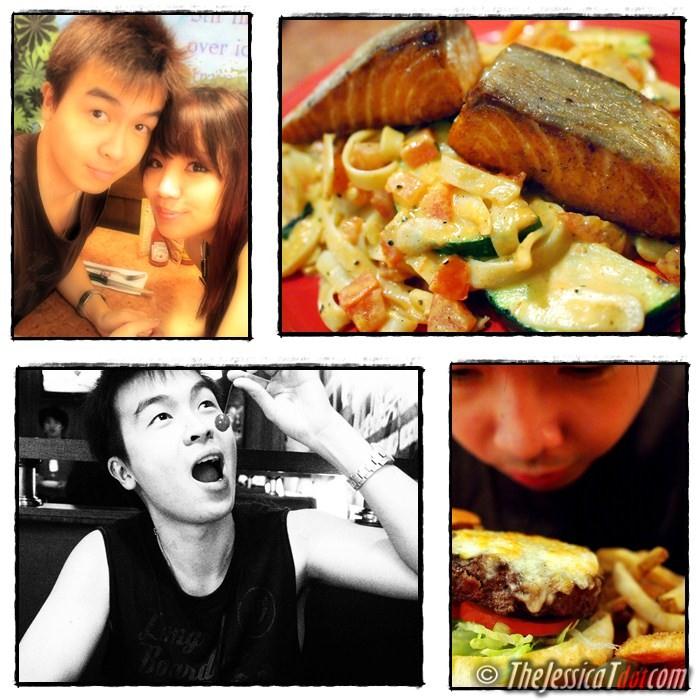 Was a good weekend well spent! 😀