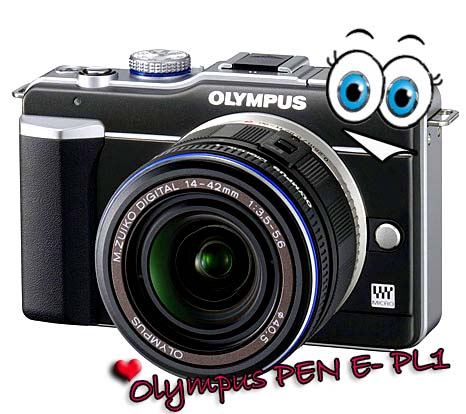 -All pictures shot with the above camera-

I went downtown KLCC with only 2 things in mind :

1. To watch Video Games Live (VGL) blow my mind away at the Plenary Hall auditorium

So here are my sights and sounds in just a mere one hour scouring the entire PC Fair after thronging through crowds of people and tripping over little children. Seriously *scoffs* why must parents bring their tiny children and wailing babies to an event like this? 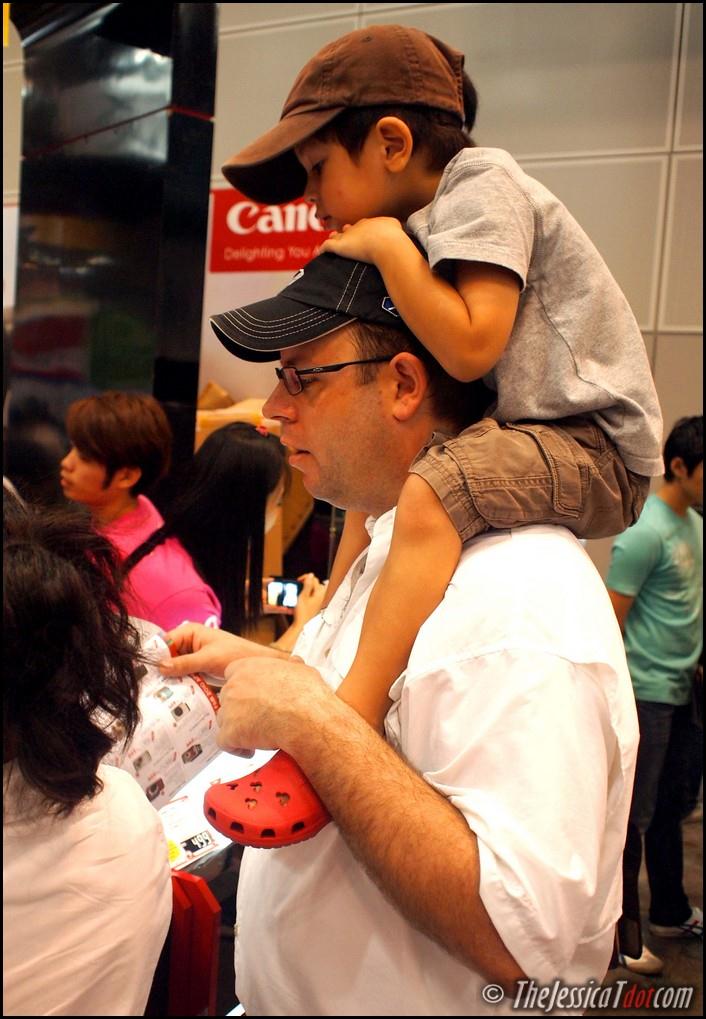 The first thing I saw upon entering the huge hall was this : 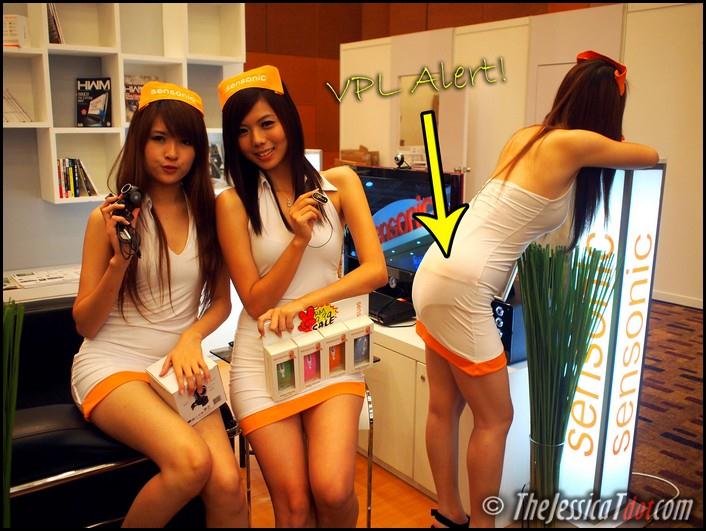 Uh-oh. What on earth happened to G-Strings?

Bumped into some friends along the way .. 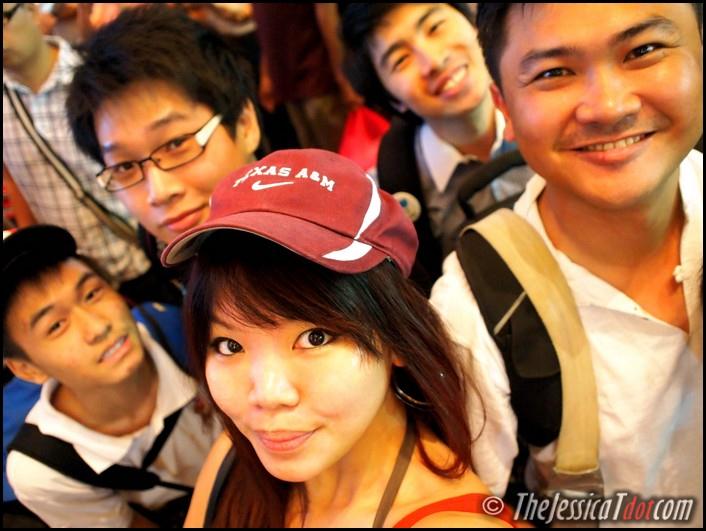 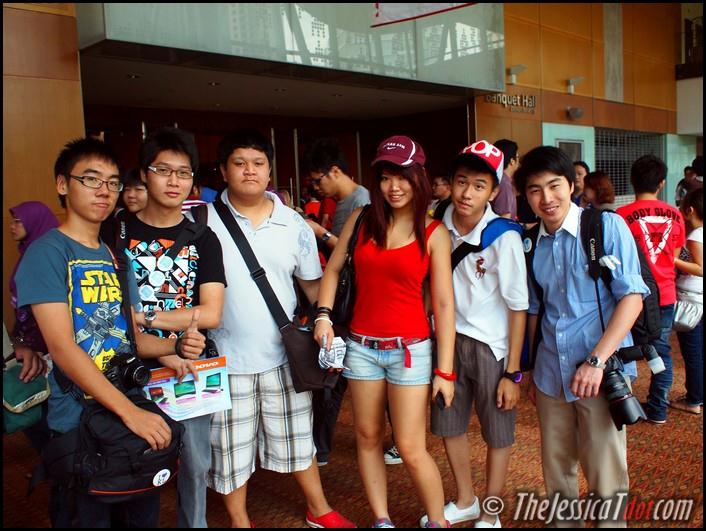 While walking, I spotted lotsa "photographers" (read : certain men with cameras) taking pictures of the PC Fair girls non-stop. Every nook and cranny in every 10 minutes I will see at least three elderly men swarming a group of PC Fair girls and requesting them to pose provocatively to fit their perverse needs.

Which brings me attention to the PC Fair girls uniforms this year. Here are some of the outfits which caught my eye : 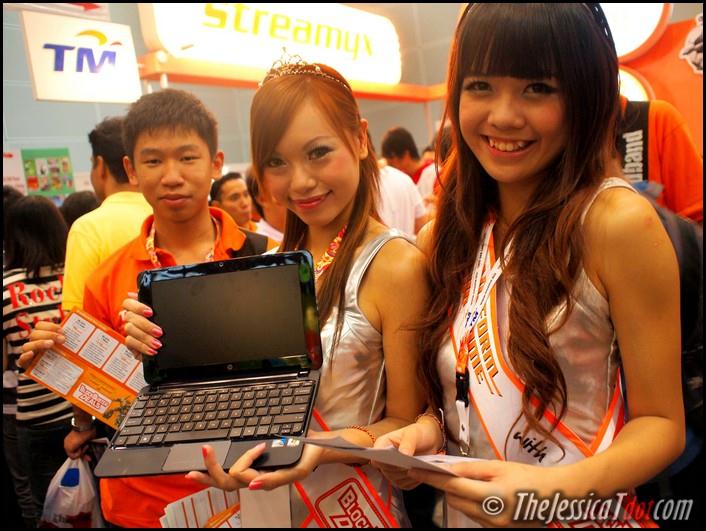 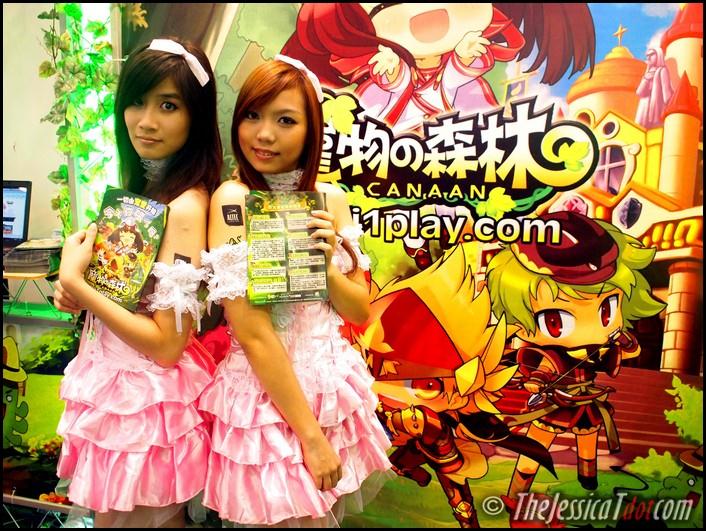 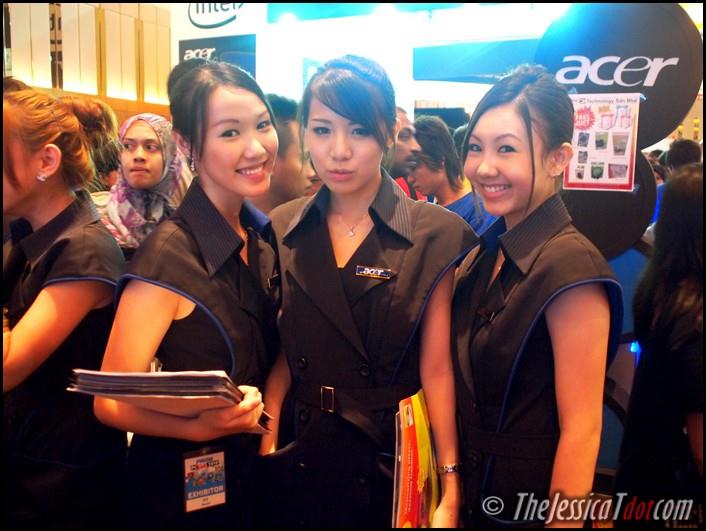 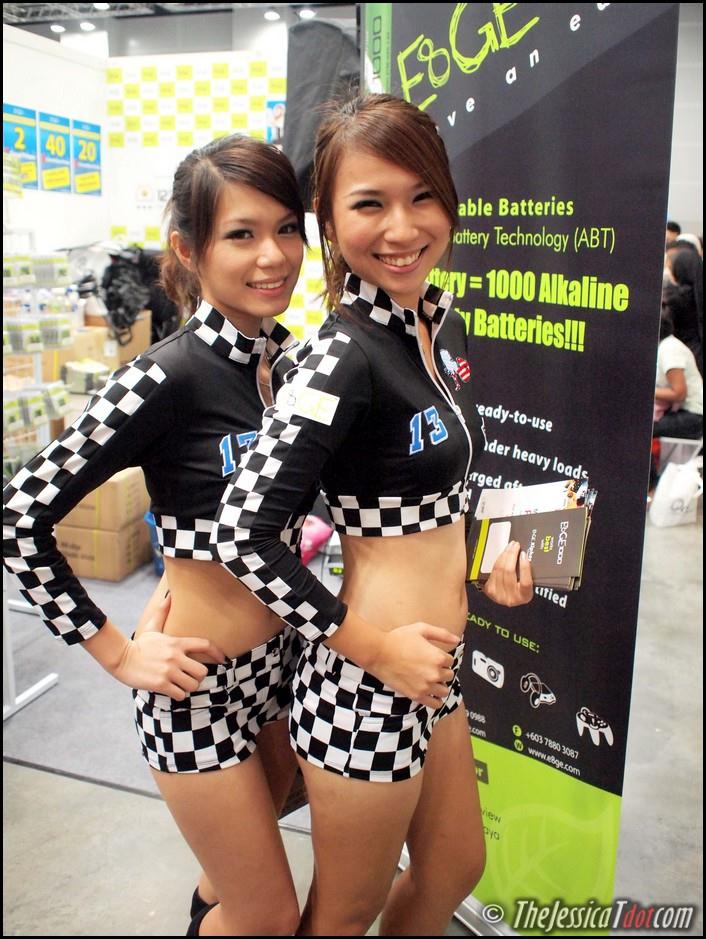 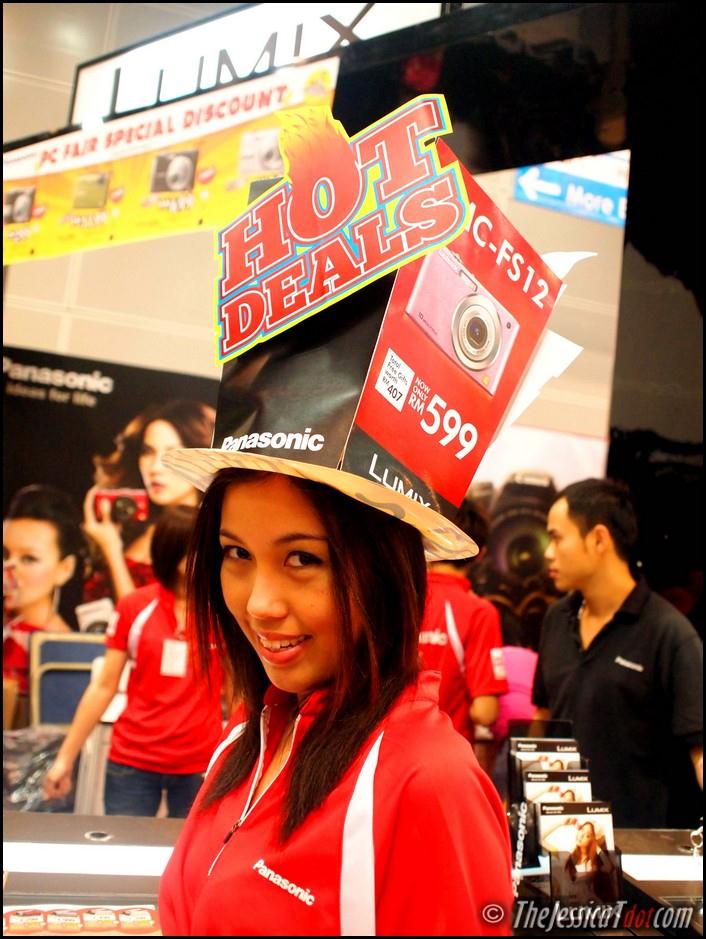 There were not just PC Fair girls that I spotted, but also PC Fair boys. Yup, fellas dressed in aprons for Avira antivirus and looking all colorful in their HP outfits. Pink, white & blue! 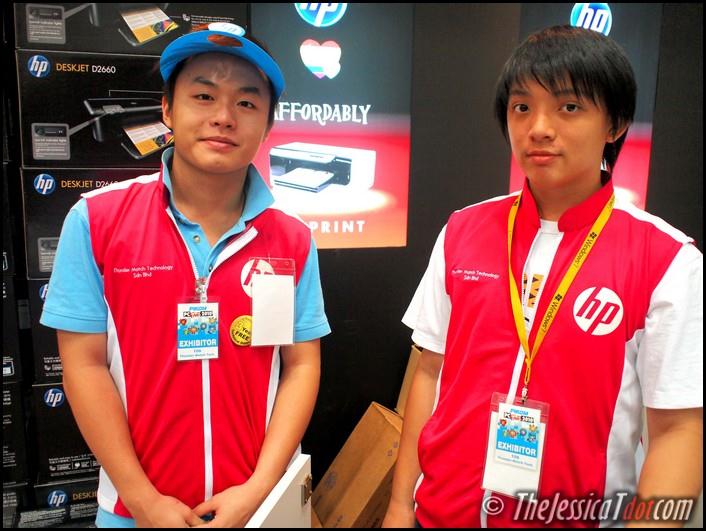 There were the smiley boys

but there were also the ones that were tad too serious, shoving the product at your face. Geez. 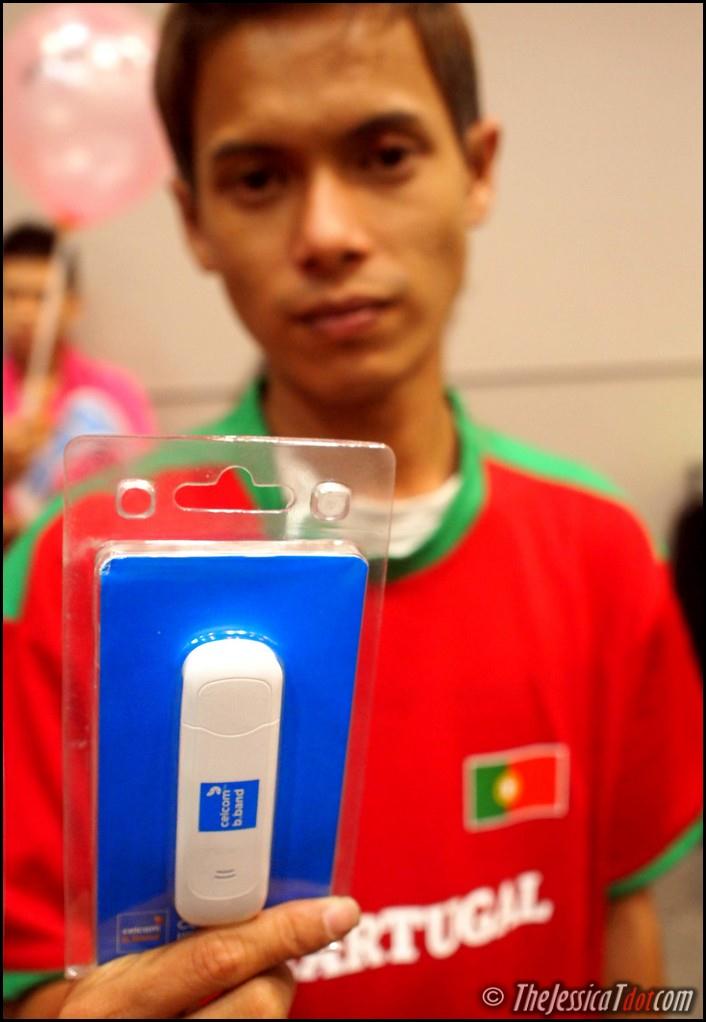 You think you might have seen all? Well… not yet. Apart from PC Fair girls & boys, there were also PC Fair fruits as promoters.

Yup. You might have noticed, it's the HTC very hunky mascot against the Blackberries and the Apple. Creative right? Very ingenious if I say so myself. Heh. The boyfie will definitely be in favour of this! He loves his HTC so much 😛 😛 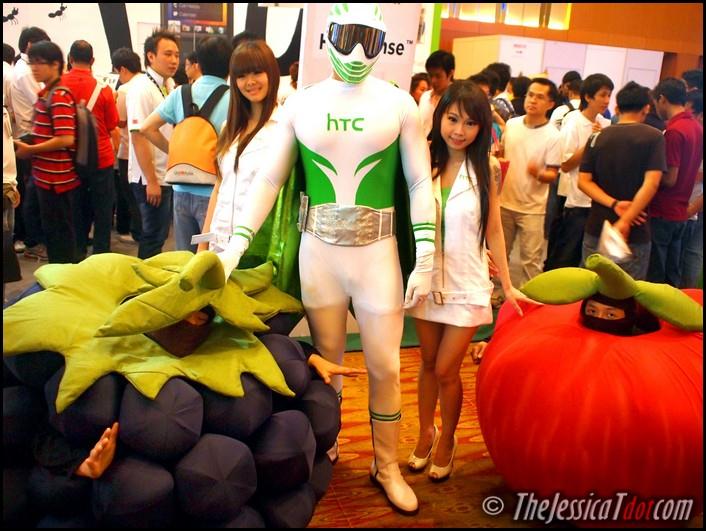 Now… if only blackberries and apples were only fruits

Not technological devices of rivalry!

But being me on Team Blackberry (read : Team Awesome), I just had to manage a picture with the rolling, tumbling, jolly blackberries. He was sucha good actor! The way he played his character as a bunch of grape-like blackberries really did the trick 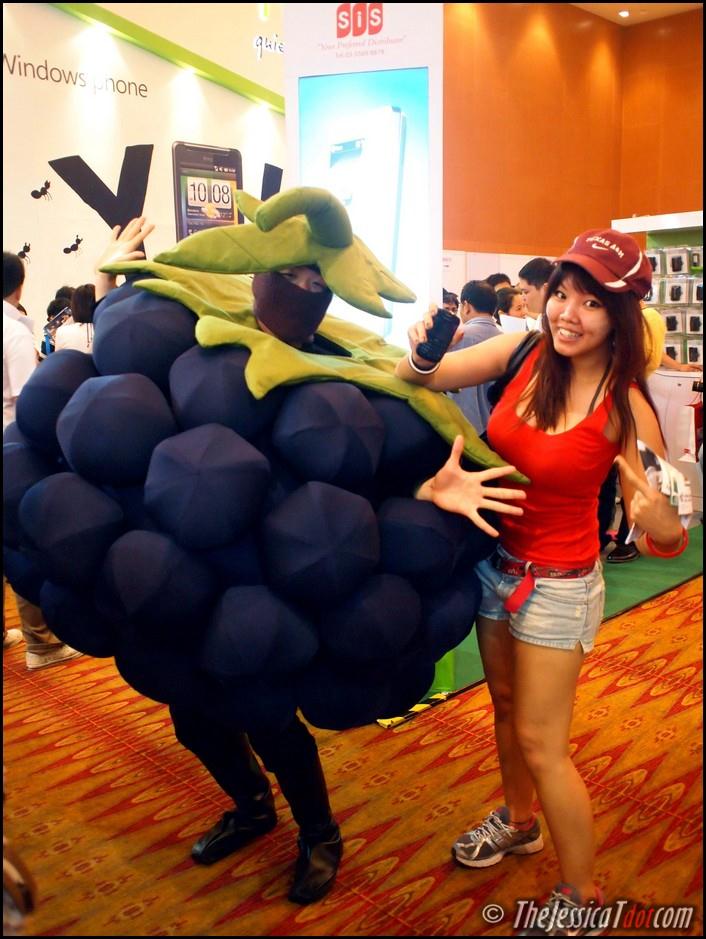 Throughout the entire PC Fair afternoon, I took my shutter sidekick the Olympus PEN E-PL1 out to meet his brothers and sisters at their booths as well. And guess what? He found his siblings all neatly boxed up and some were sitting proudly on the display counter in all its glory. Check out his pearly white sibling : 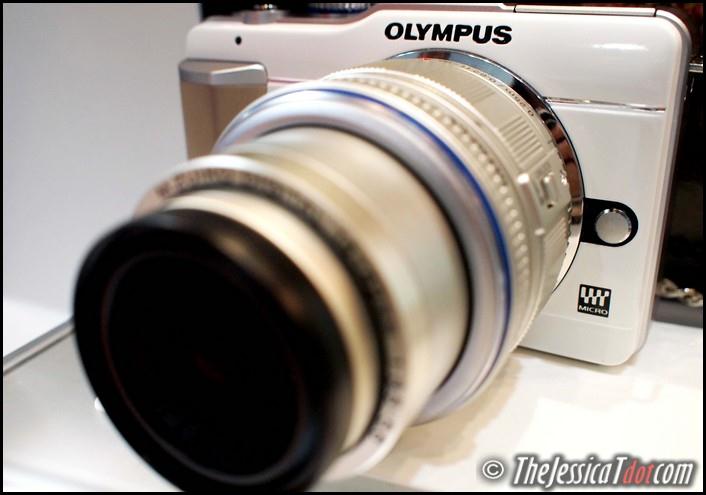 A definite eye-candy that packs a punch 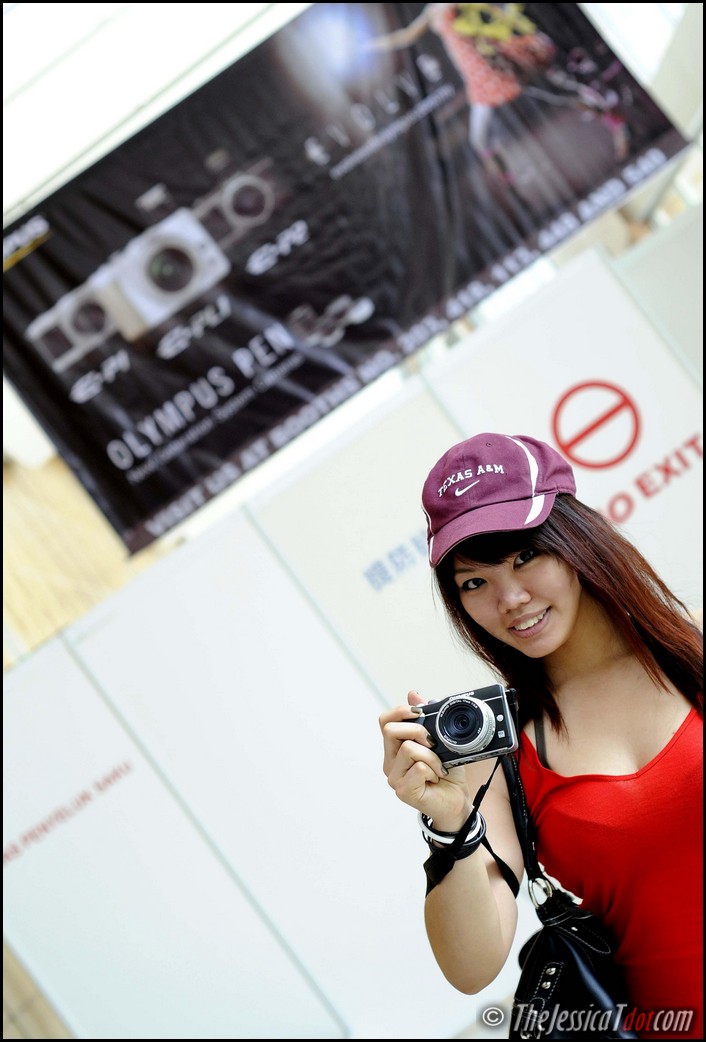 Thanks fer the piccie Mike 🙂

I then fled the PC Fair scene just in time to stomach a very expensive (YES IT'S KLCC WHAT DO YOU EXPECT? SIGH  T__T) lunch before making my way to the Plenary Hall to catch Video Games Live (VGL). I assure you, that astral performance was nothing short of impressive. It even drove the crowd to an encore chant … TWICE!

A true standing ovation. Watch out for that here! 😀