Was invited to this really cool event last week! You know how much I love theme parties and dress-ups right? 😀

So it made the event all the more awesome.

A Cut Above threw a really grand annual dinner party, in conjunction with their 31st anniversary in the industry. 31 amazing years!

I used to read magazines articles about them when I was very much younger and admired founder Winnie Loo for how she broke free from her family's conventional thoughts on her ambitions, began her journey in this hairstyling industry and successfully opened so many branches & academies in her pursuit of what she is today. 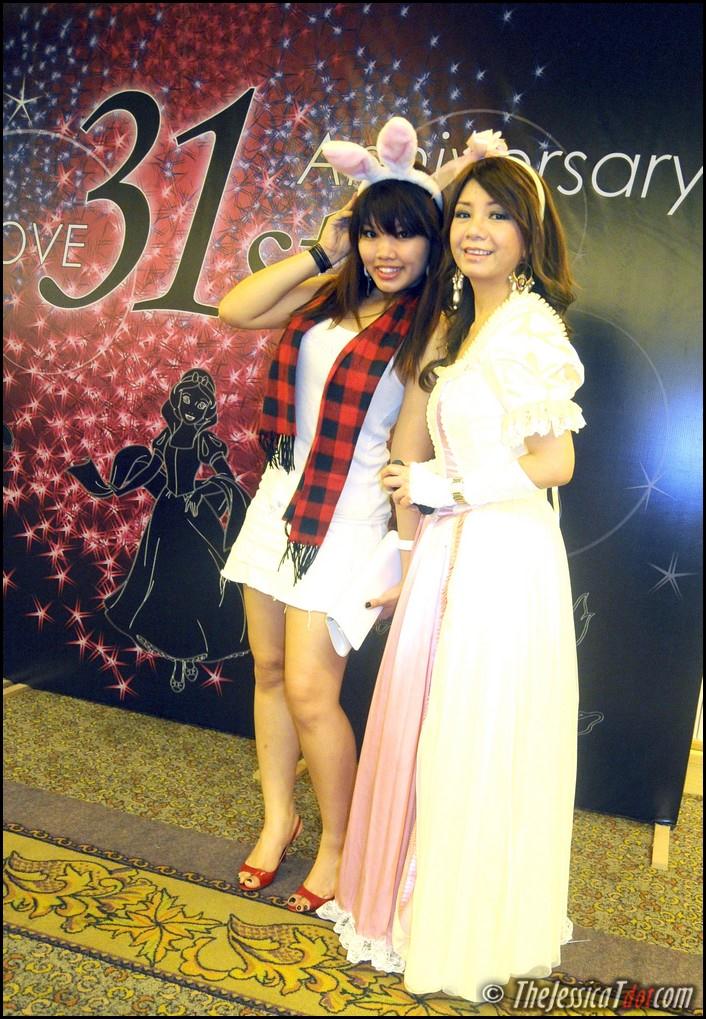 I bet you're wondering what the theme was. It was actually 'The Cartoons & the Magical Movie World' but apart from being cartoon characters, many people undertook other characters as well. I went as a white female Bugs Bunny (what shall I call myself? Bugis Bunny?) and Winnie was Cinderella

Take a look at the others! 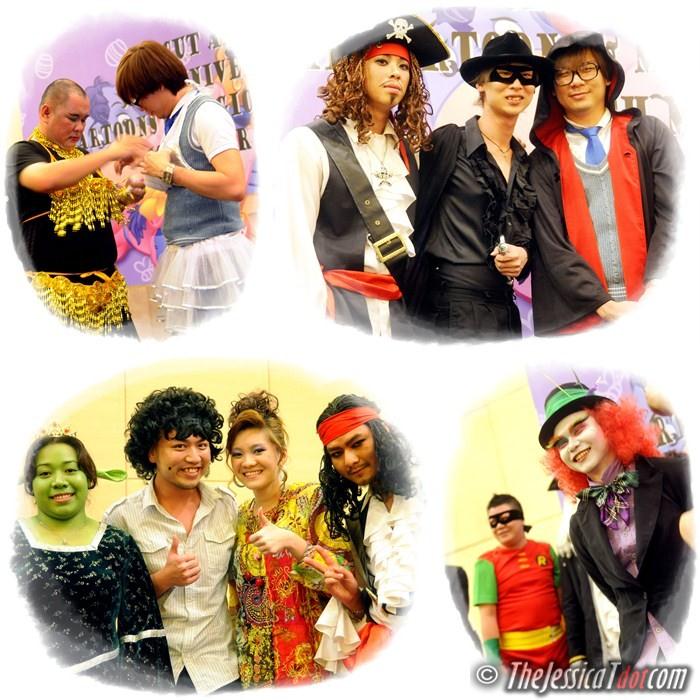 I was in awe when I saw her. She looked exactly like the real thing!

So there was Lady Gaga and Bugis Bunny 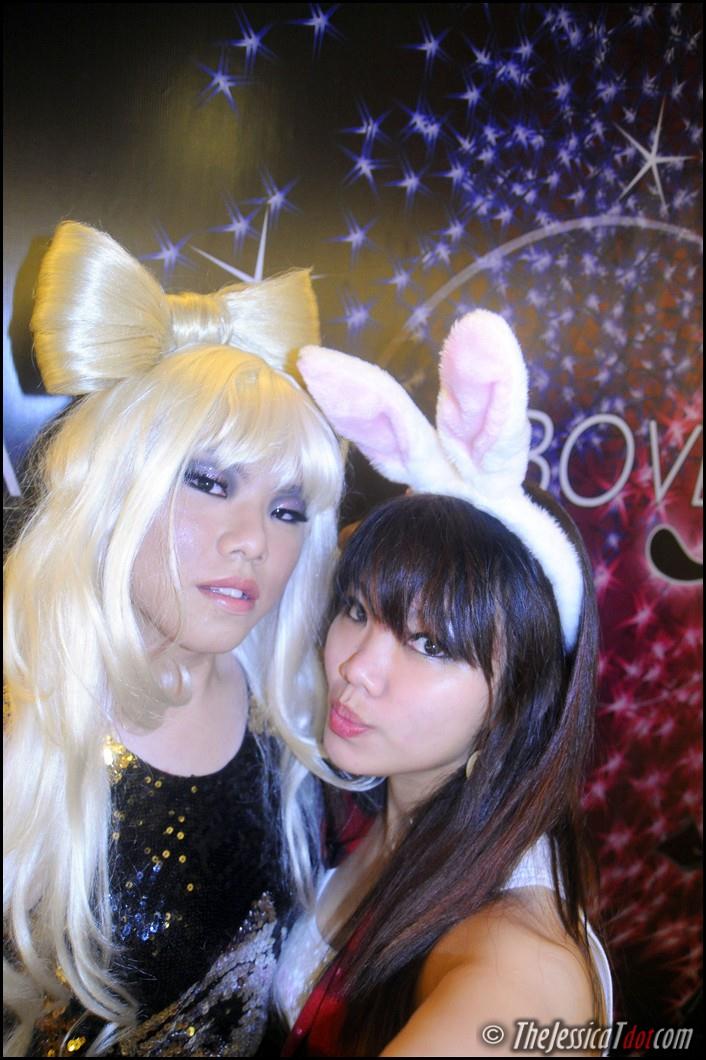 Just in case you were wondering, the Lady Gaga beside me, is a man 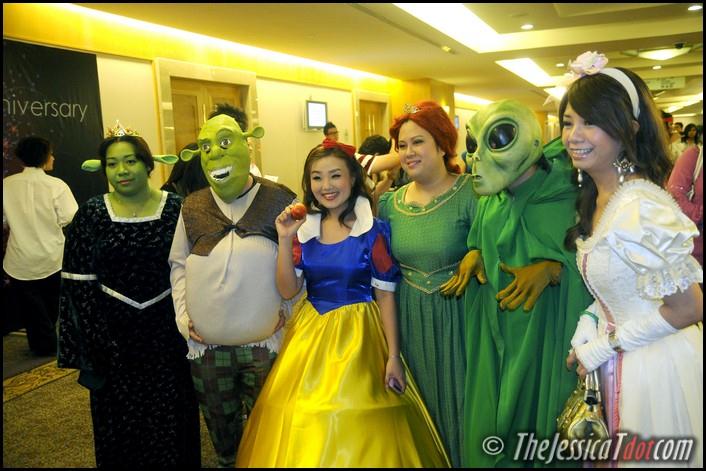 Winnie "Cinderella" Loo with Shrek & his TWO WIVES, Snow white and the Alien 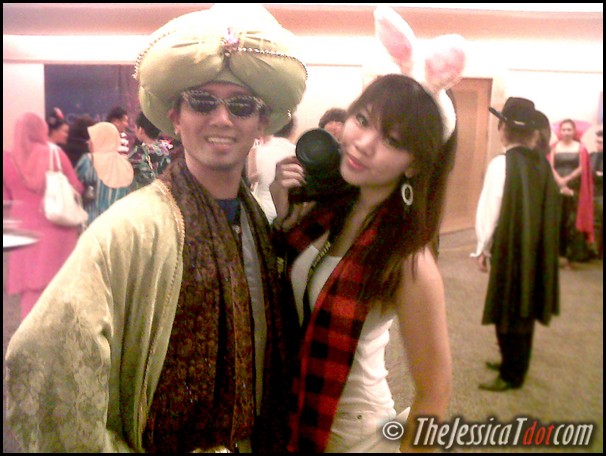 Ali Baba (thankfully without the 40 thieves) and Bugis Bunny

Your Bugis Bunny also met more people from the fantasy world. Meet the Mad Hatter. A really cute and jolly one! 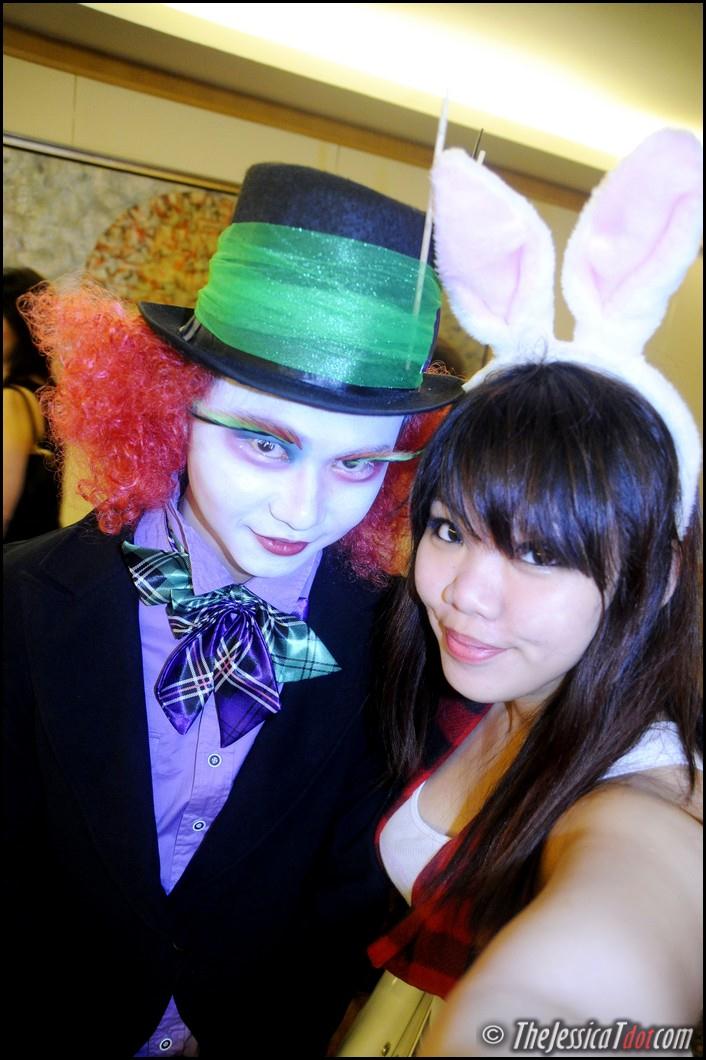 You know what's really adorable? I bumped into the peeps from Bedrock family too! Apparently there were more Fred Flintstones than there were Wilma & Pebbles, Barney, Betty and Bamm Bamm Rubble. There's something really cute about being primitive, no? 🙂 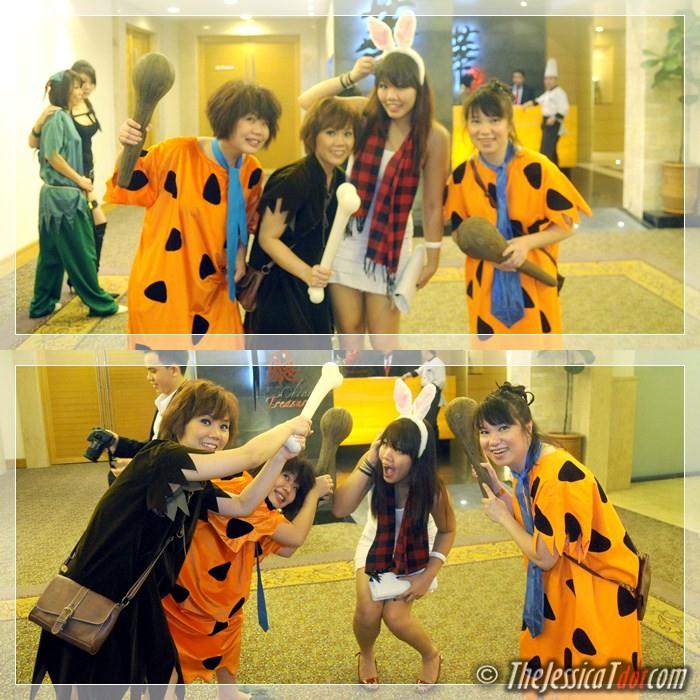 But not when they're hungry and is out to get you alive!

More more more! OMG the 1st picture is so scary. No likey 🙁 🙁  What's that supposed to be? Some Chinese deity or Chinese Opera Singer right? Or perhaps a character from the ancient Ming Dynasty. Do you spot Michael Jackson and a fire-headed ninja? 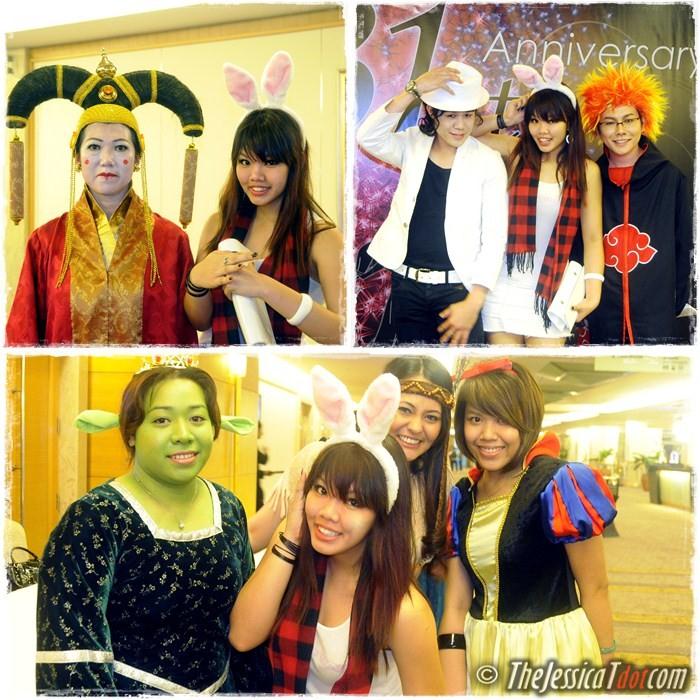 Yay for Princess Fiona! Absolute love to her <3

your Bugis Bunny with Snow White & a Pocahontas-like character 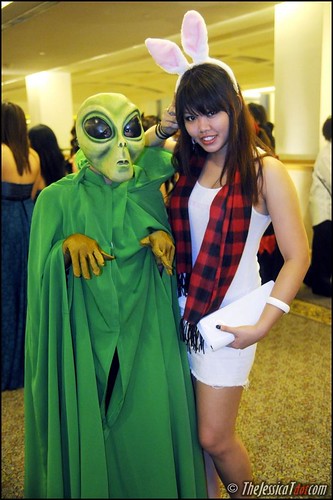 errrmmm.. No thank you, alien!

Anyone knows which planet is this fella from?

We had so much time mingling and camwhoring with each other. After so much role-playing around, it was time for the Anniversary Dinner inside the banquet! Don't you think it's rare to actually see so many characters from different worlds, centuries, continents and fantasies come together to feast as one collective family? 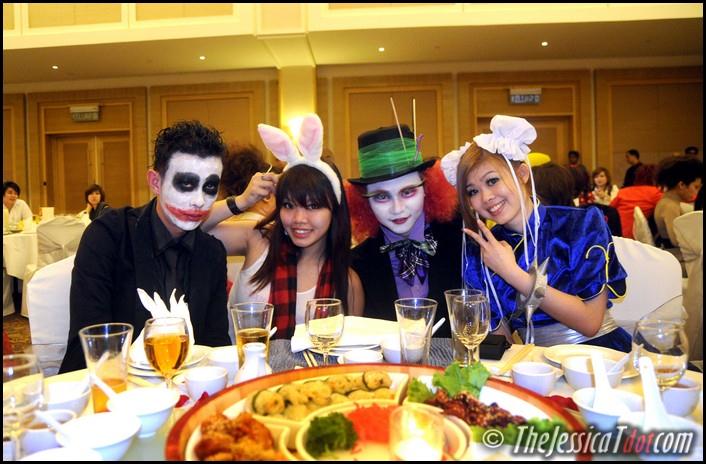 What would you do if you see the Joker, Bugs Bunny, Mad Hatter and Chun Li at the same table? 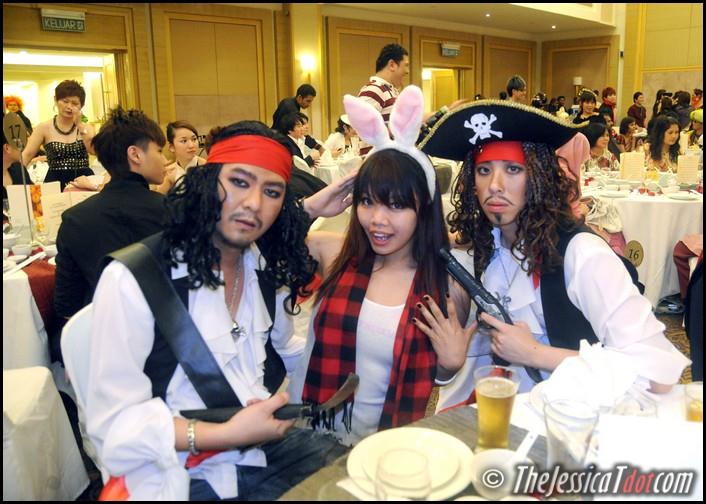 There were so many people, "movie stars" and "cartoon characters" that it was impossible to show you all of them! 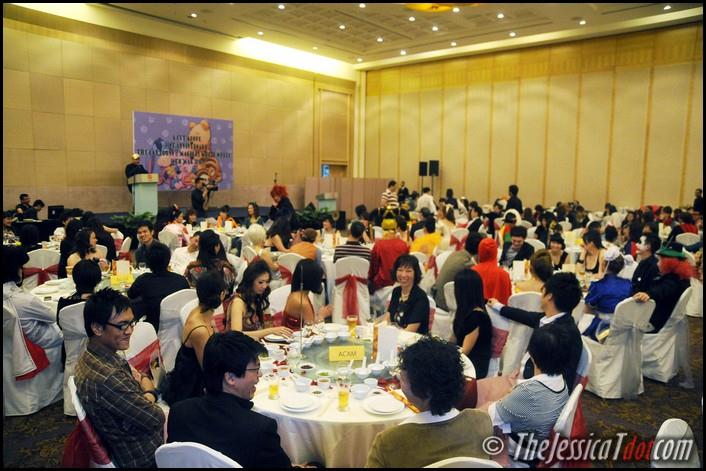 Yup, it was held at one of the huge ballrooms at Sime Darby Convention Center 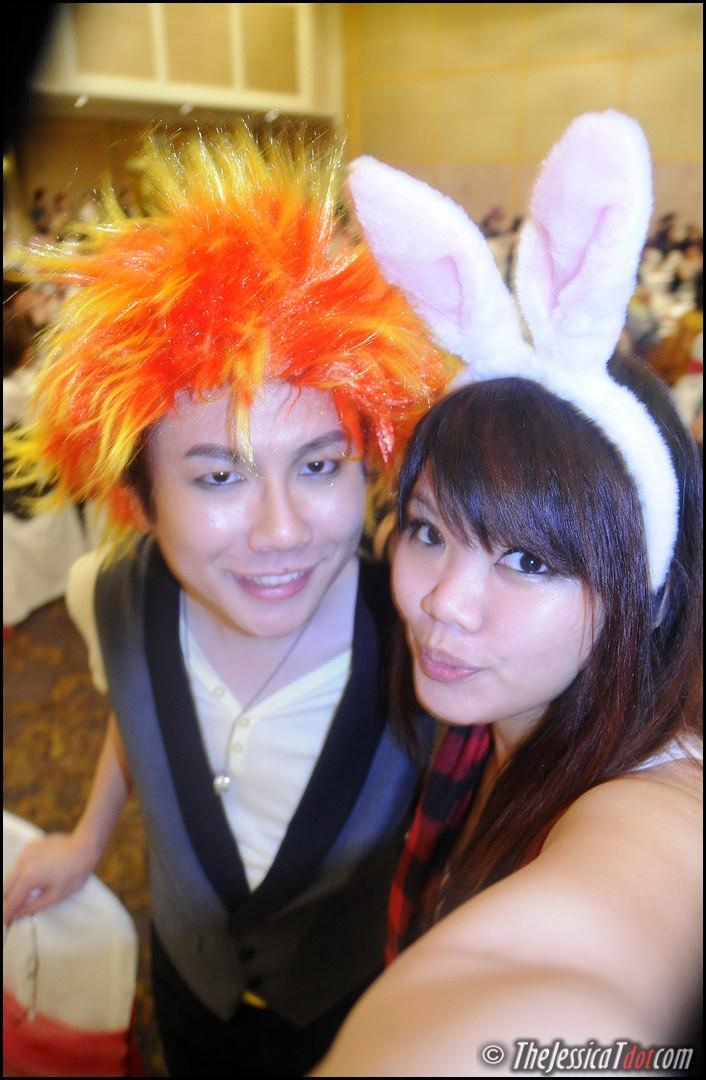 Beside me on the same table, was Communications Manager Xavier Mah

The fiery hair was supercool! Reminds me of some Dragonball character!

We enjoyed the free flow of Guinness all night long 🙂 And the food, not to forget! 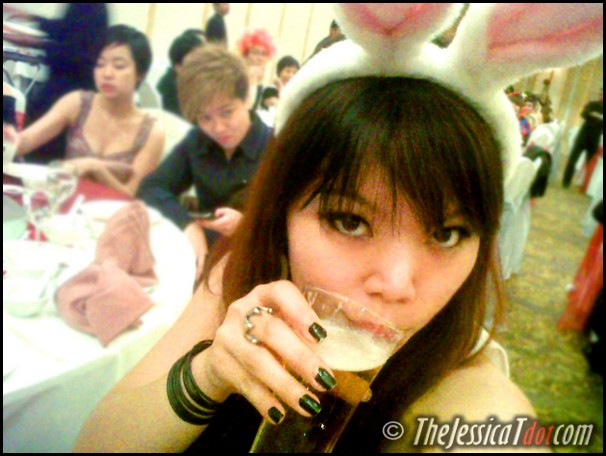 Oh and I'm wearing the ring that some of you have been asking about!

It's obviously from the accessories extraordinaire, Soak Republic 🙂

Look out fer it, my ring is called the Coronation . It comes in pairs too. Pretty!

Winnie gave a short introductory speech before the entertainment officially began! She mentioned that she was glad with today's turnout of how sporting people are who actually came dressed up for this occasion 😀 So much more fun like that, dontcha think? Instead of the usual boring sit-down black-tie dinner. 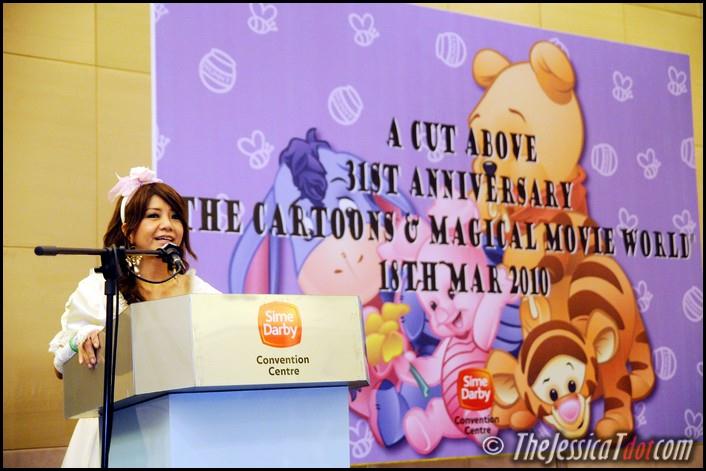 it's good to spice things up once in a while!

There was this man-woman-man-woman person who entertained us really well. He/she kickstarted the event as a man and then belly danced as a woman and then turned into a man again, before becoming a woman immediately after. LOL 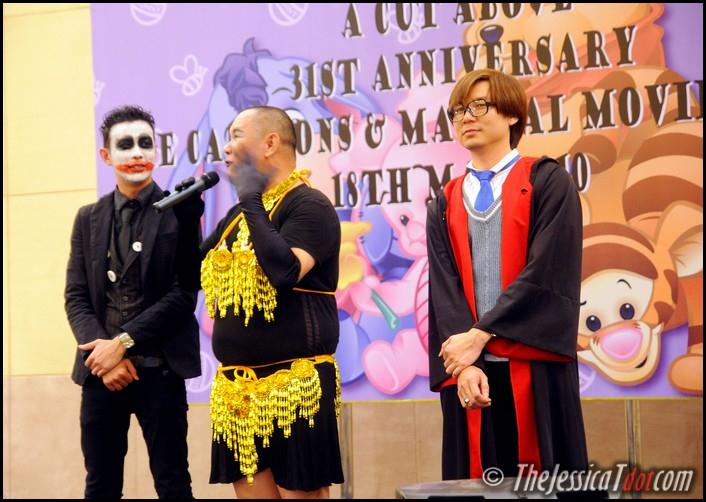 The man-woman-man-woman with The Joker and Harry Potter 😀

As well as Shrek and Zorro the masked rider! 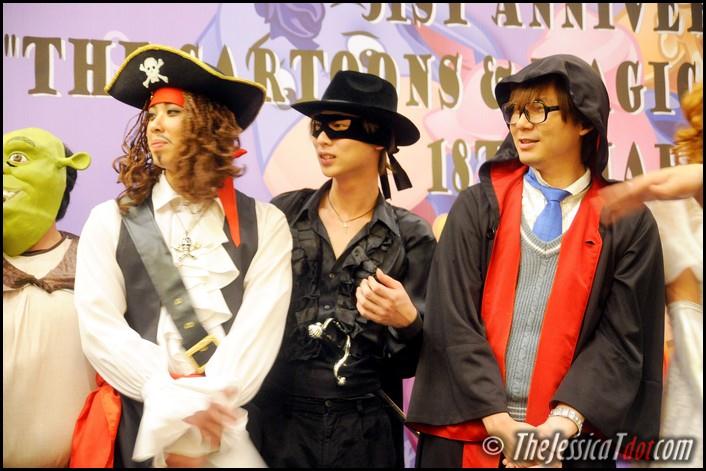 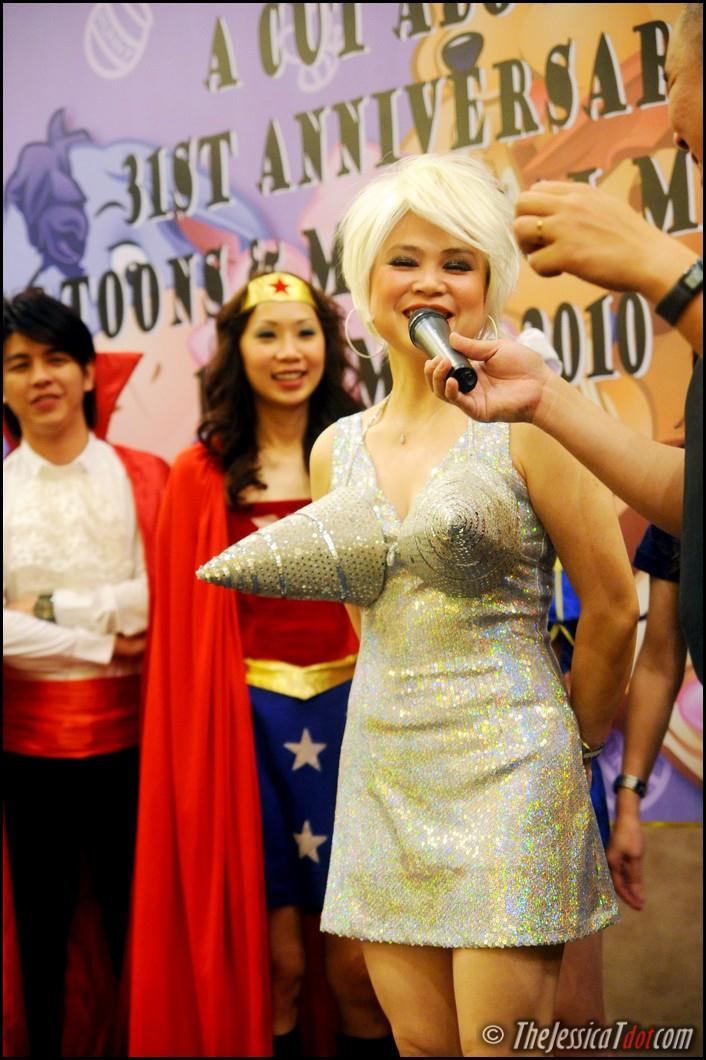 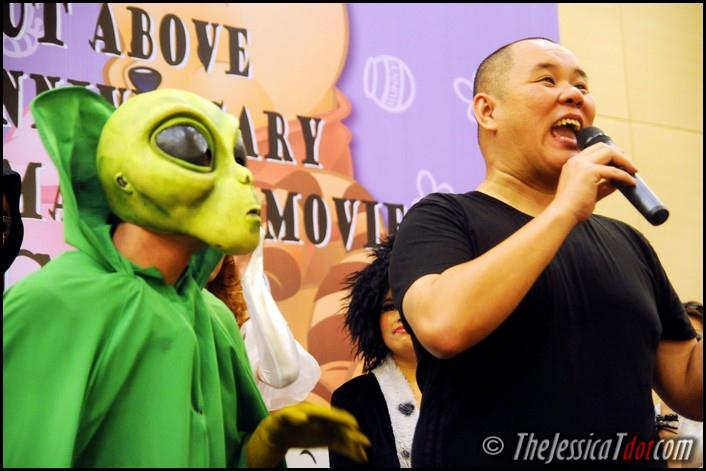 A Best Dressed contest was being held too 😀

Seriously. With everyone dressing up to the nines, I was impressed how they even chose the winner!

Soon after all the fun and games, it was time to cut the huge Birthday-Anniversary cake! It was an ice-cream cake 😀 😀 Yummms! From Haagen Daaz if I ain't mistaken. Let's begin the cake cutting ceremony! 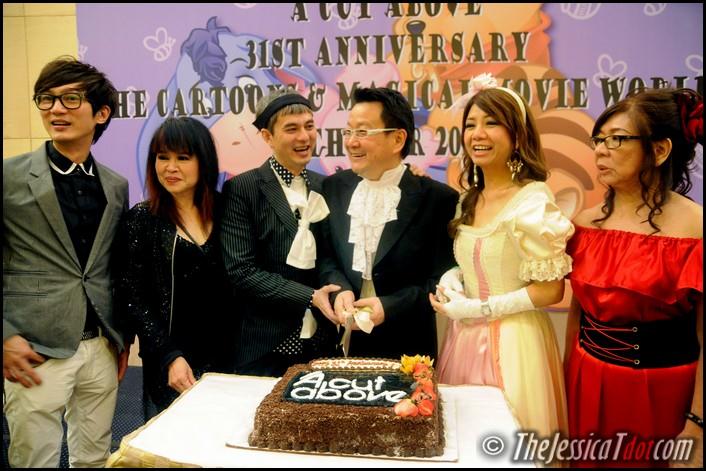 Happy 31st Birthday to A Cut Above! 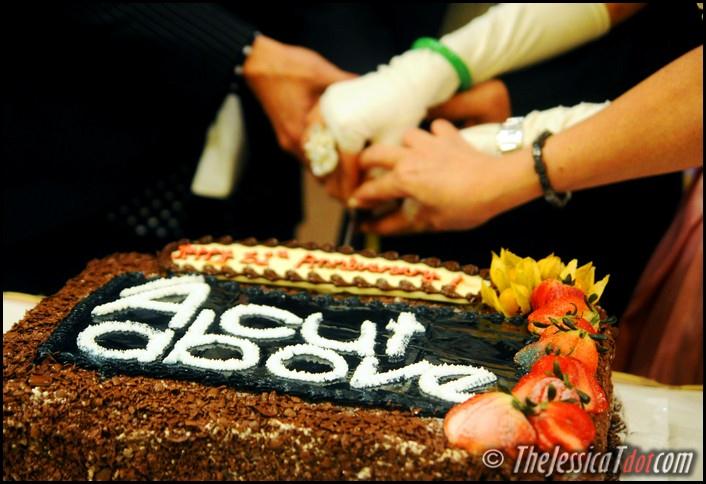 I had a really great time throughout the entire evening. There was good food (and cake!) good company good fun and games.. and of course, the spirit of everyone in taking the effort to dress up for this event!

Just before I left, I spotted the Phua family.. from Singapore! If you have watched the Phua Chu Kang sit-com series before on telly, then you would definitely find them waaayy too familiar 😀 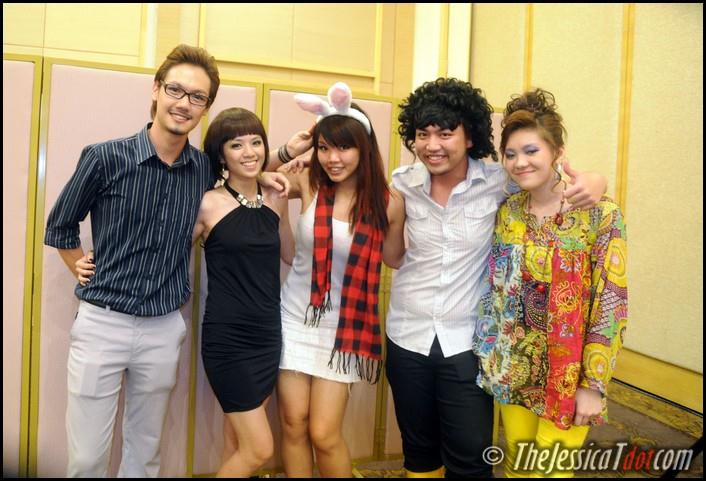 Another group who I personally felt, made the cut in imitating their characters 😀

Thanks folks, at A Cut Above for having me 🙂

Have fun at the Fashion Gala tonight in Mid Valley!