WAS MY DECISION TO UNDERGO PLASTIC SURGERY AN APRIL FOOL'S JOKE?

To all my readers and friends who actually believed my previous blogpost about my decision of undergoing plastic surgery, allow me to say ONE THING to you before tonight ends with a closure! 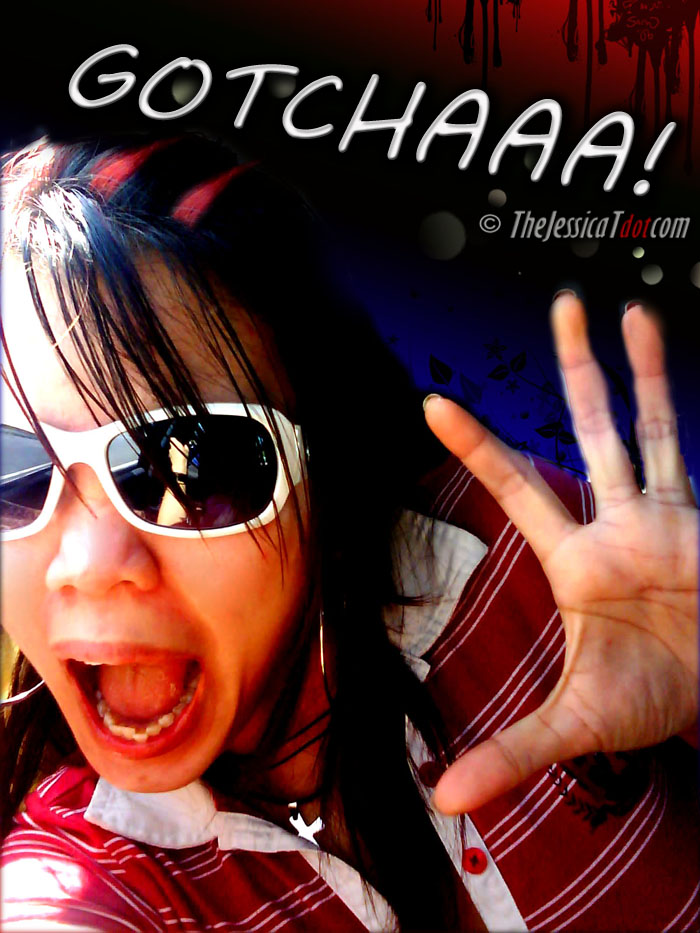 However, on a more serious note :

To the readers that were in shock, horror & disbelief, the people who called, SMS, emailed, the people who made jokes to "cheer me up", showered me with Godly words and moralistic idealogies… 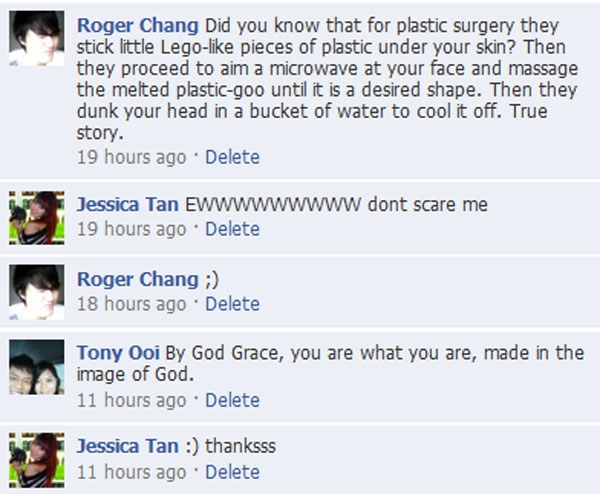 The people who boosted my self-esteem, the people who supported my "decision" whole-heartedly without even slight nuances of being judgemental… 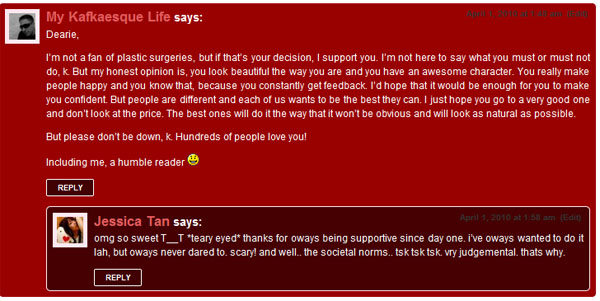 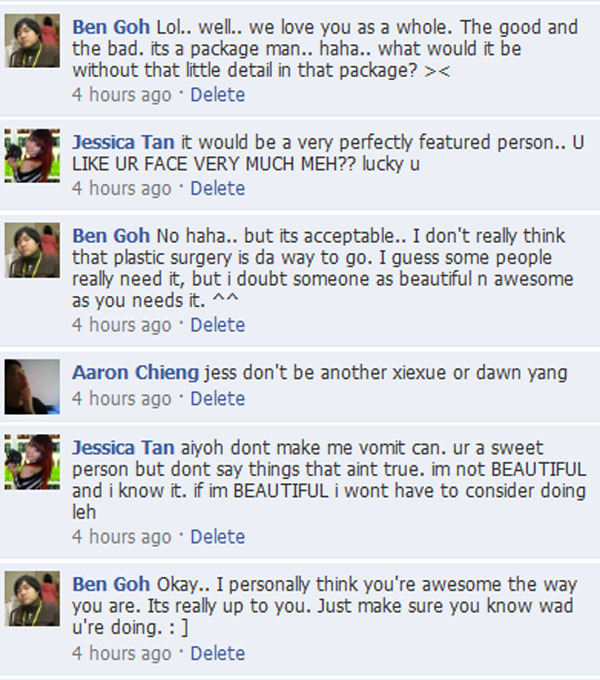 The people who cared enough to advice me with concern… 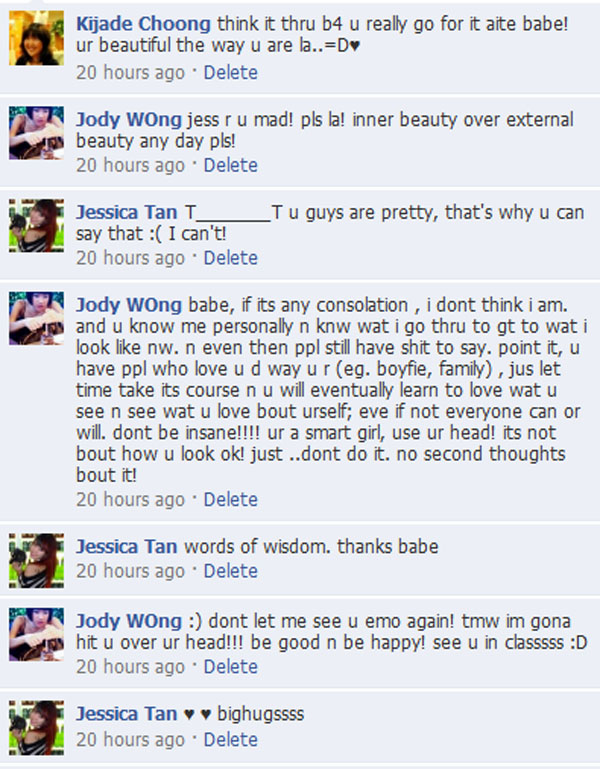 The supportive readers who boosted my morale and self esteem… 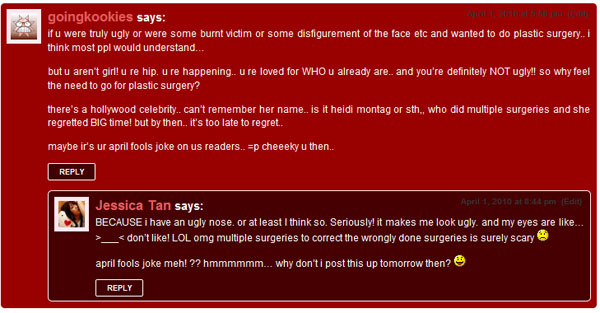 I love you all!

It was fun playing this prank but after I read all those words of con written with conviction from all my friends, family and readers, HOW CAN I NOT FEEL BAD ABOUT IT? It's times like this which I discover how much people around actually care for me, without me realizing it. It's all for the fun of April Fool's hoaxes, but I'd like to apologize anyway, sincerely 🙂

To those who know me well, you would know that I have major dissatisfactory issues particularly with my nose (which isn't high/sharp enough), my eyes (which hasn't have that prominent deepset eyelids) and my teeth (which resembles those of a bunny) it is easy to change them all with a simple solution called plastic surgery.

BUT to those of you who know me better, despite all my hidden desires and wants to look picture perfect, flawless and envied (like most girls do) it is quite a paradox to admit that I've always been on Team Natural's side. Fo shure!

Hence, I will never undergo plastic surgery, although I have been honestly, curious about it.

However, there were some that weren't fooled and could sniff an April Fool's prank the moment they read my post! 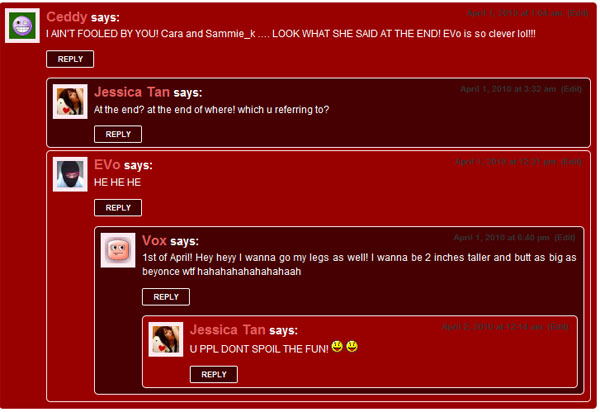 Just a note to all, due to societal norms and watchful eyes of the public, undergoing plastic surgery can give you hell of a nightmare – not from the immense pain of the surgeries but from the stigma you receive from the less liberal people around you.

So before I bid all of you goodnight, I'd like to say,

Did you manage to prank anyone or got pranked real bad? 😛