Hey hey hey! It was officially the last day of Chinese New Year the day before yesterday. Yup, we the Chinese folk has 15 days to our festive season. Don’t ask me why though – it’s something I’d like to know too. So on the last day, we girls are supposed to throw Mandarin Oranges at the lake in hopes of having the boy of our dreams catch it.

*scratches head* Don’t know why it’s STILL being practised in this era! Perhaps just for the fun of it 🙂 I’d throw durians or jackfruits down if the guy of my dreams can’t find my tiny orange wtf. Hopefully he doesn’t get murdered or get his fingers butchered off while trying to catch my durian! 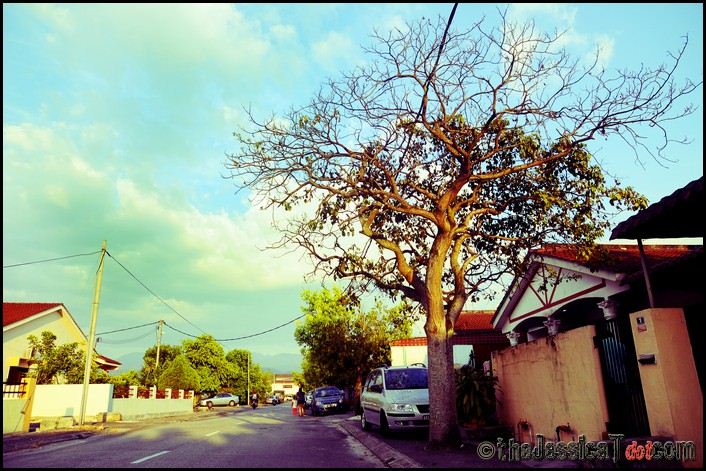 So I went back to this nostalgic street

One which I spent growing up as a child

The 1st day of Chinese New Year was just insane! And likewise the Reunion Dinner the night before. That huge ensemble of cacophony coming from my dining table was enough to deafen a dog. Laughters, exchange of jokes, passing commentaries of what might seem to be the most scrumptious food of the day and more 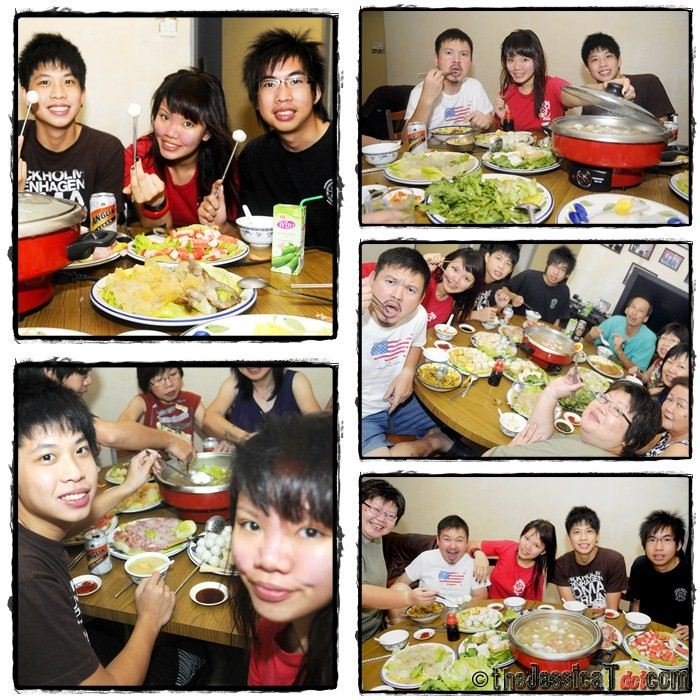 There was so much merry-making in the house!

Looks like food can really strengthen a family bond 😛

We were treated to a ravenous dinner of Steamboat and Seafood by the chefs of the days Popoh, Uncle Mike and Kakak. Together, they whipped up a storm to satiate our hungry stomachs with their deft Kitchen God hands – now how can you not have a good appetite for this? 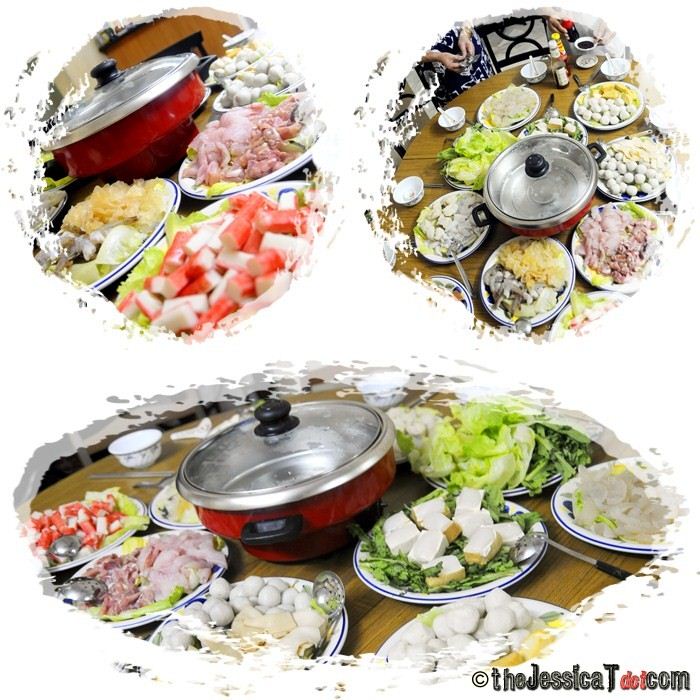 There were a whole lot of stuff for us to dunk into the Steamboat! 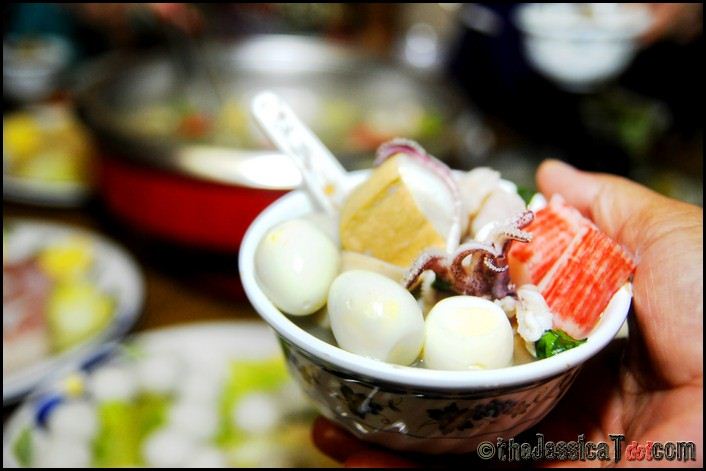 One bowl wasn’t enough for me, it was the noms!

They say the best food is sometimes granny’s homecooked signature dishes. Ya can never go wrong with that. To ensure the legacy of family recipes live on, Popoh has already imparted her cooking magic to Kakak. Technically, the latter is the only one who favours cooking. Not that I don’t! But I’d choose baking anytime 😀 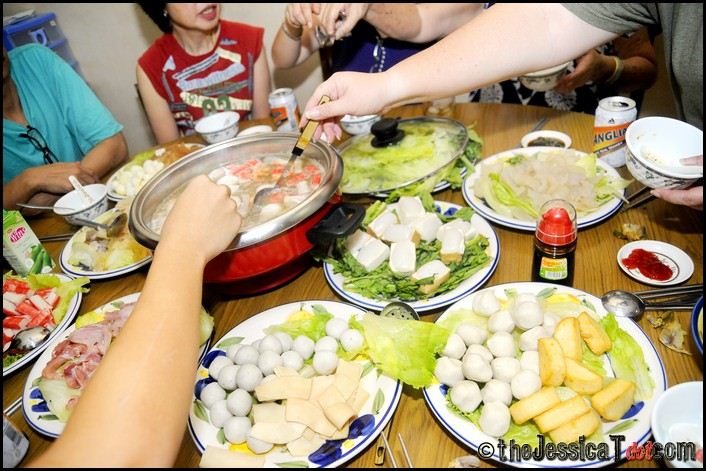 Till this day, it is beyond me as to how we managed to chomp down everything on the plates in a jiffy

The crabs and prawns were the bomb though! Second after my eggy soup 😛

The fun never stops! Neither does our appetites – it just keeps rolling. Even more homecooked food was prepared for us all on the 2nd day of the Lunar New Year. There were hardly any space left on the table! Plates and plates galore babeh 😀 I shan’t go to the extent of naming them all for you because you can see precisely what we’re having *biggrin* (okay fine, lazy to list every dish down wtf) 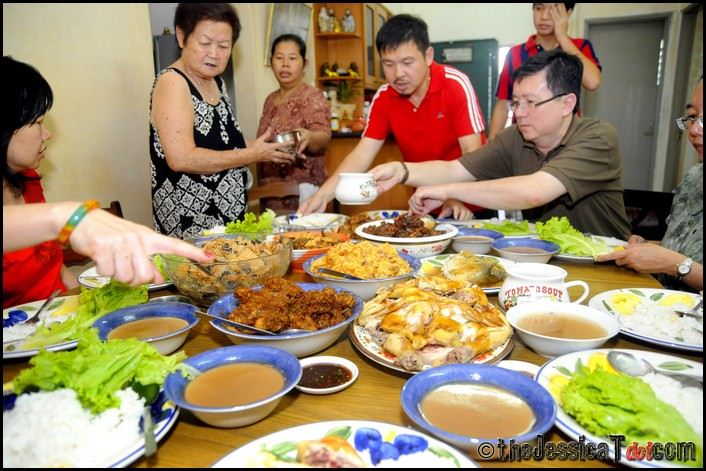 It left me bloated for the entire day

As we had Steamboat on the 1st day and Chinese-style cooking on the 2nd, we decided to do something different on the 3rd day. Uncle Mike and his idea of a barbeque dinner held outside our front porch and lawn was a hit! So there it was, an entire night of live grilling in motion! Think sausages, corn on cobs, stuffed crabs, spicy stingrays, chicken meatchunks and more. 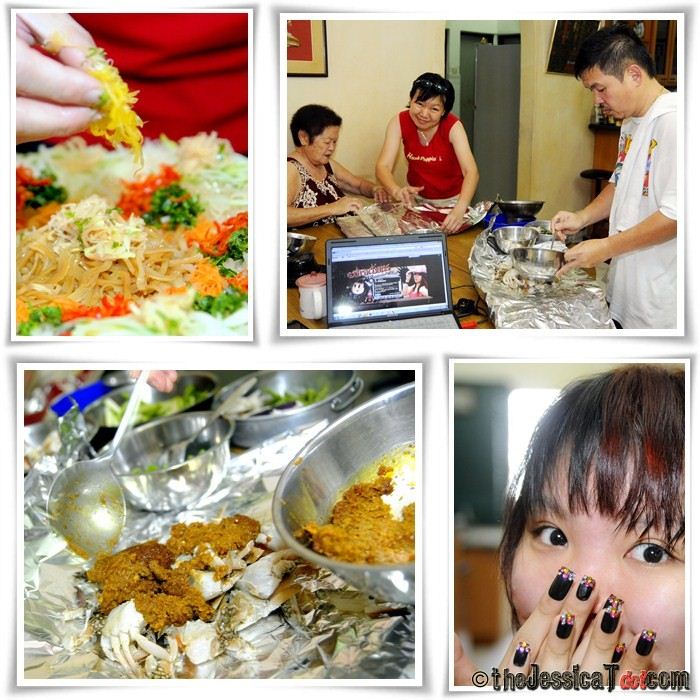 Woooooooooooo 😀 😀 Do you smell foooooooood

But there’s something prettier than the Yee Sang which cannot be eaten! 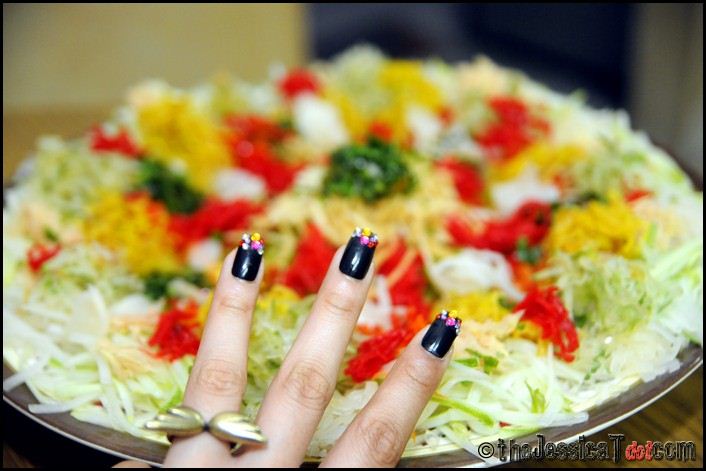 Spot my lil Angel Wing ring? Love it so much – it’s adorable!

You can get more pretty things like this too at Soak Republic. Go check ’em out 😀

Family tradition yo. You tell me, which Chinese fella hasn’t Yee Sang-ed before in his/her entire life? The more the merrier and as we toasted a brendice to health, wealth and prosperity, we wished the year of the Tiger will be one of fortune for us all. 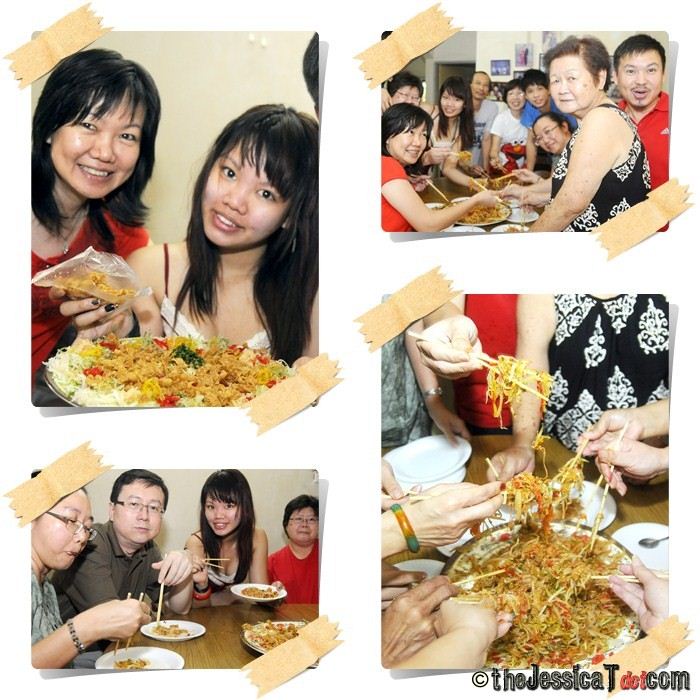 With pomelo bits too 😀

The 4th day was spent celebrating Popoh’s 75th Birthday. Gosh.. it just felt like yesterday when Grandpa celebrated his 🙁 🙁 Anyway, bereavements aside, we had a little surprise made for Popoh in the afternoon. There she was, sippin’ on her cuppa ice-cold Nescafe when we nonchalently laid out the red eggs and in came my two couzzies carrying the (lopsided and partly smashed) Secret Recipe chocolate banana birthday cake! 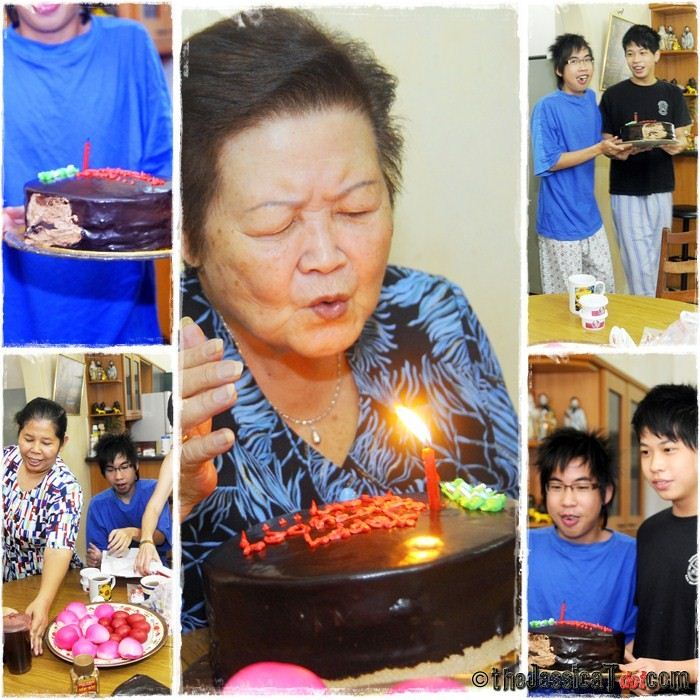 May you still be as strong to join us for our USA trip next year!

Meet the fockers 🙂 My folks that never fail to make the world go round! At least my world, that is *winks* Oh and lookie here! Penny wants to join in too. if you looked hard enough, you will notice that Uncle Mike is carrying Penny in the focker photoshot too 😀 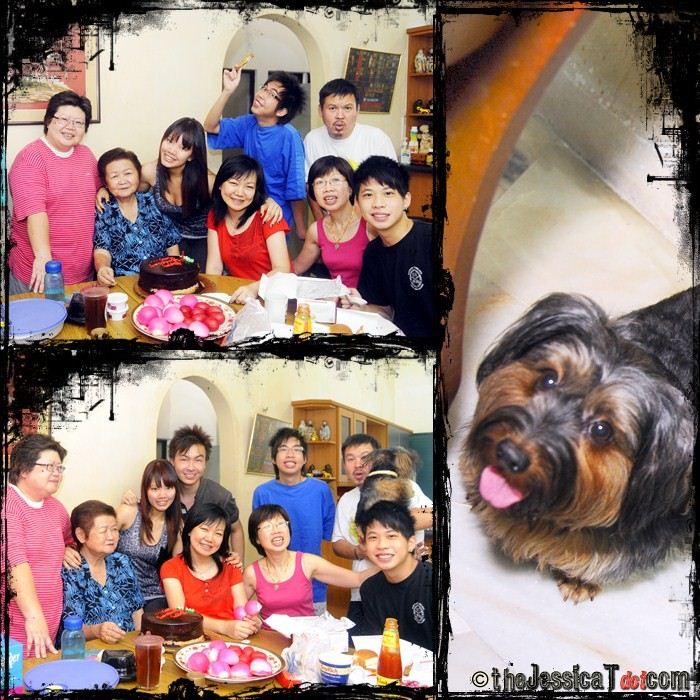 We had lunchie soon after the whole session 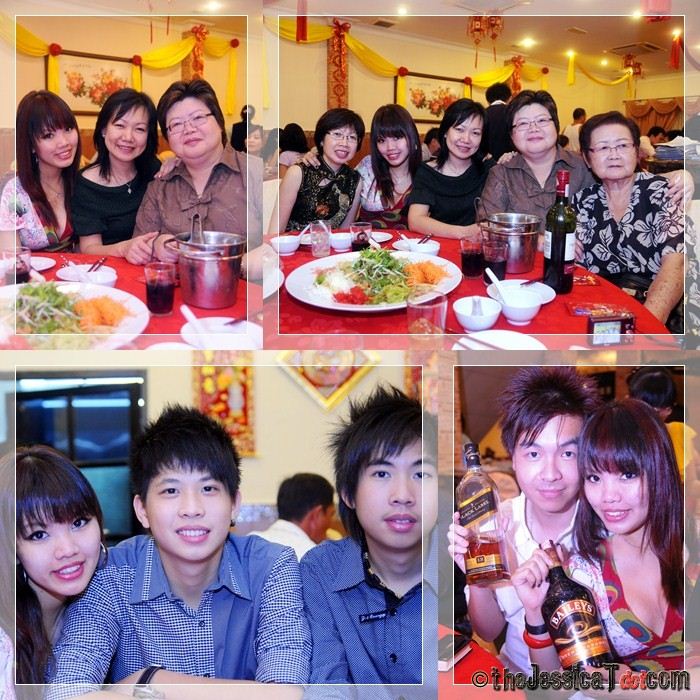 Nah. Show you my cute cousin. >_< The one that you girls like

In blue. Okay both are in blue but.. nevermind heh

In between, whilst we got bored and while waiting fer meals, boyfie and I camwhored all the way yo! 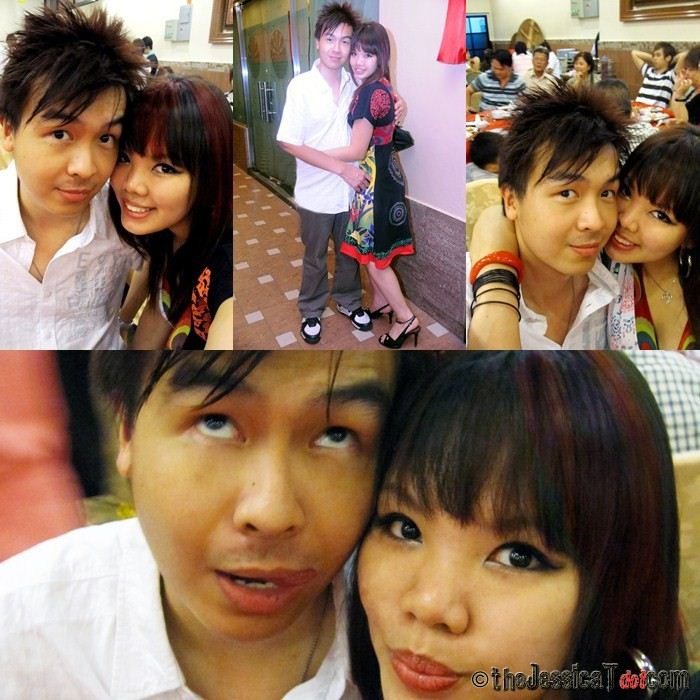 After so much food day in day out throughout the first few days of Chinese New Year, it’s time to bust out all the fat! Imagine.. the pork lard and all those sinful CNY cookies making a one-way beeline in expanding your waistline! So my fockers and I made it a point to work them all out together.. fulfilling at least ONE of the New Year Resolutions – to lose weight wtf 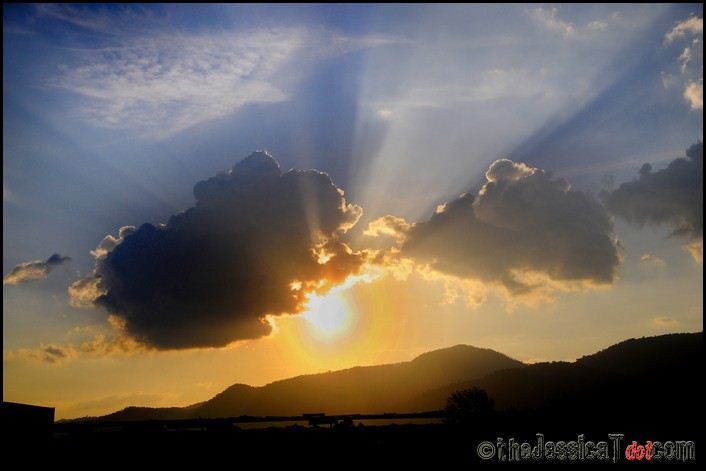 caught a really pretty sight along the way!

sunsets are love.. better at beaches! 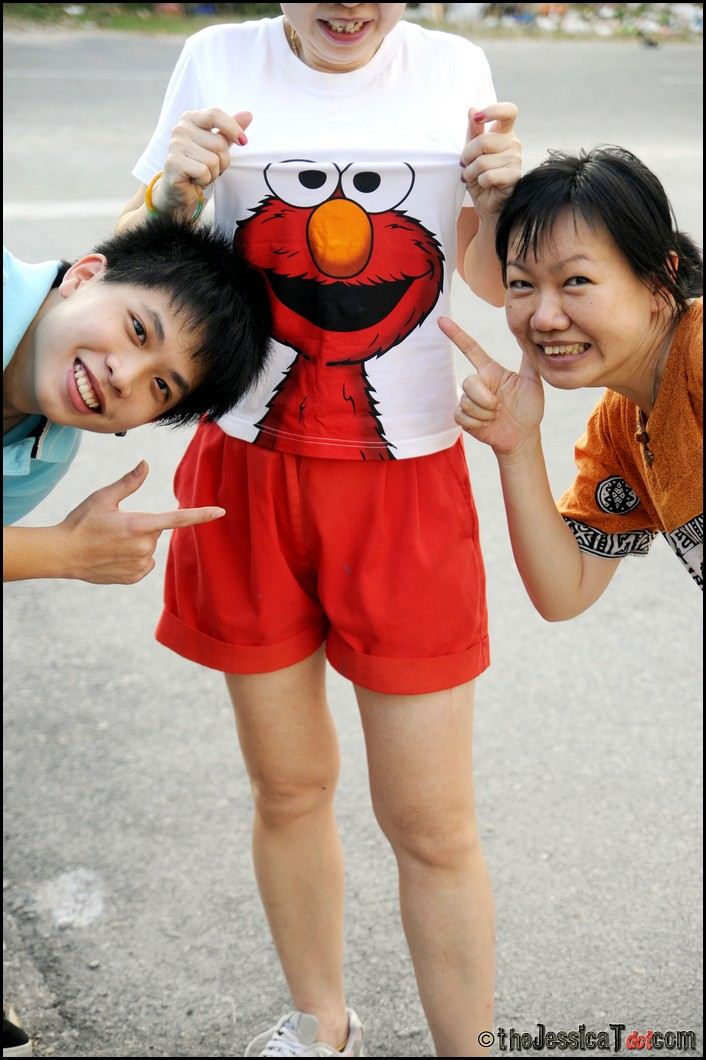 Rest of the days were spent gambling (for my case, it was losing money wtf. Whai not ONG one this year? T___T) , hiking, spending time with the fockers & boyfie as CNY coincided with Val’s Day nyahahaha and finally.. BRACING THE JAM ON THE NORTH-SOUTH HIGHWAY ALL THE WAY BACK TO KAY ELLE. 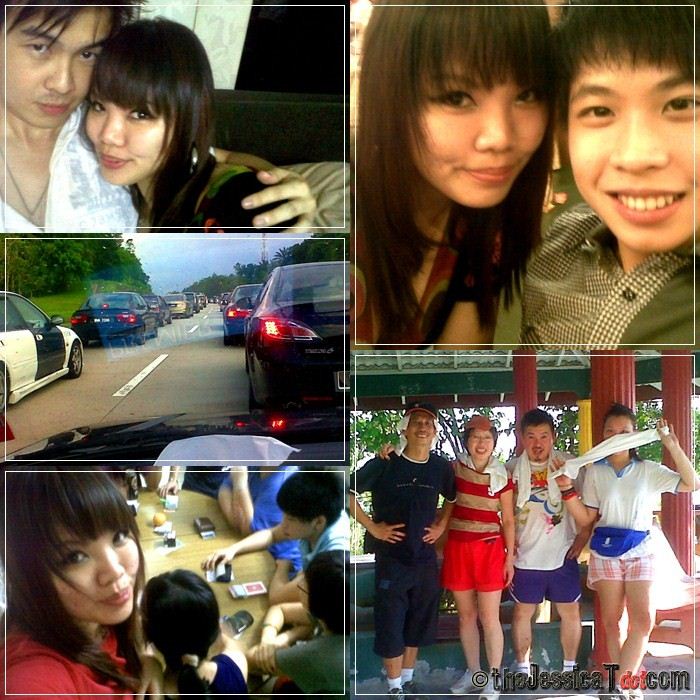 Took us a freakin’ 5 hours instead of the usual only 2!

But when it’s back in Kay Elle, it’s going a-visiting and late nights at buddies’ cribs and mamak outings 😀 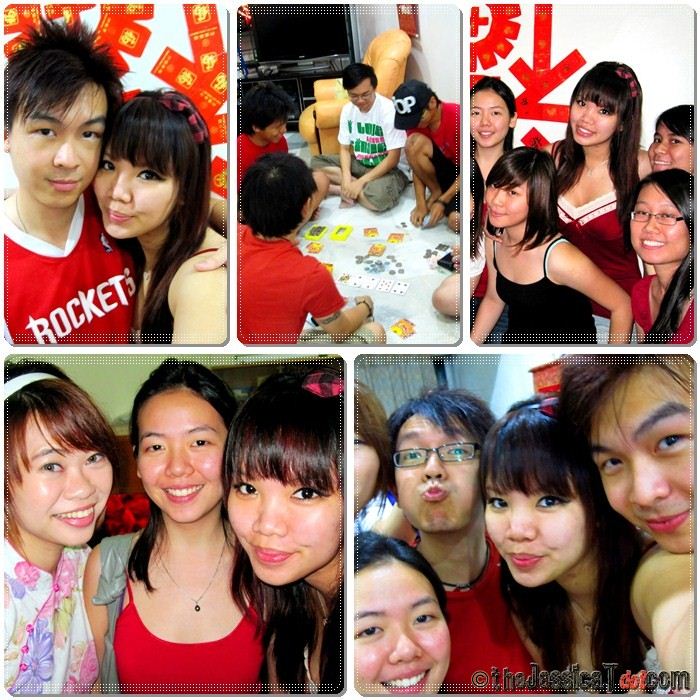 Hope I’m the last one to wish you a VERY HAPPY SPANKIN’ CHINESE NEW YEAR!

E-mail me for my bank account number to deposit all your Ang Pows in yeah? 😀