It was a quiet Sunday afternoon and I had a feeling I didn’t want to stay at home all alone after doing the house chores! So I decided to meet up with a couple of friends down town Star Hill (Bukit Bintang) 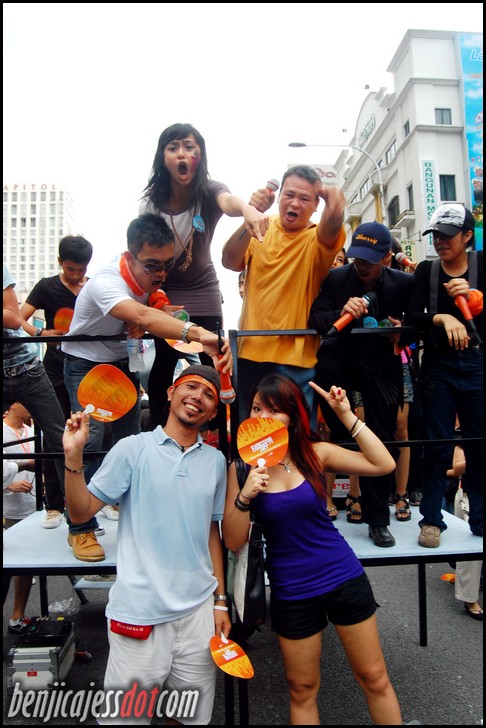 The traffic snarl was unbearable towards the city and I just realized that I completely forgot about the huge and grand launch of TM Everyone Connects! No wonder the massive gridlock was insane! 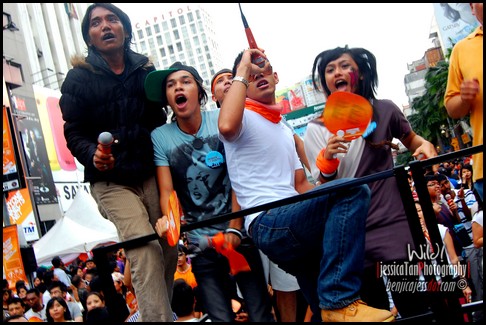 They even shut one of the most important roads in town just for the entire event to take place – with the huge stage, LCD screen and a gigantic crowd of energetic youths! So the moment I got there (getting a parking space was a pain!) Sam and I then headed towards the center of the hype. 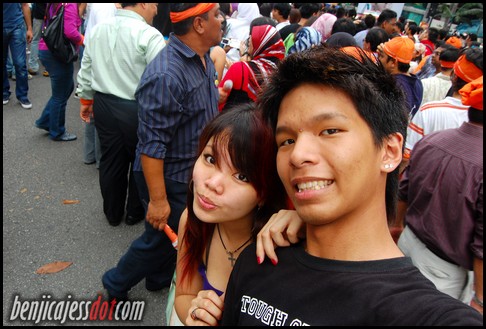 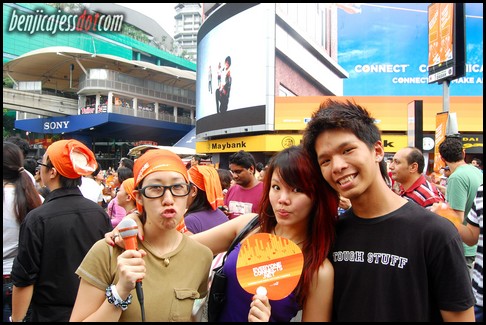 There was a huge display of a stomp performance by Stompers KL, with broomsticks, pots and pans and many other household stuff! Video thanks to Sam, checkit out :

It certainly got all the onlookers especially the foreigners real confused yet amused at the same time : ) 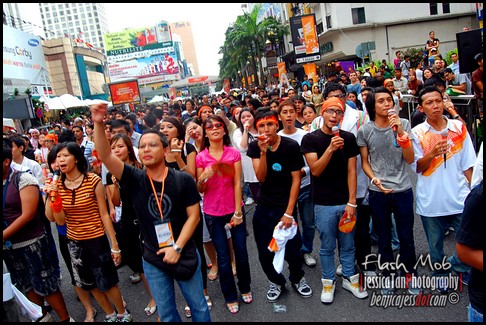 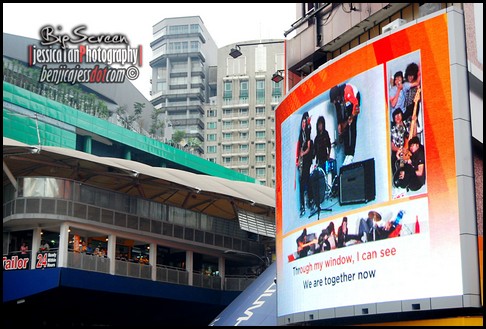 Bunkface’s Through My Window
was playing all day!

Other popular songs were played as well and the volume was pumped up to the max! Taylor Swift’s ‘Love Story’, Boys Like Girls ‘Love Drunk’, Katy Perry’s ‘Waking Up in Vegas’ together with more chart-topping hits! We sang along like crazy. 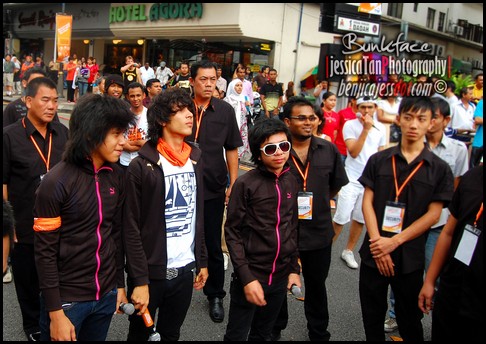 Bunkface then made their appearance and ran towards the stage to sing their popular song, Through My Window! It was broadcasted on the big screen along with the lyrics for all to see and sing along! 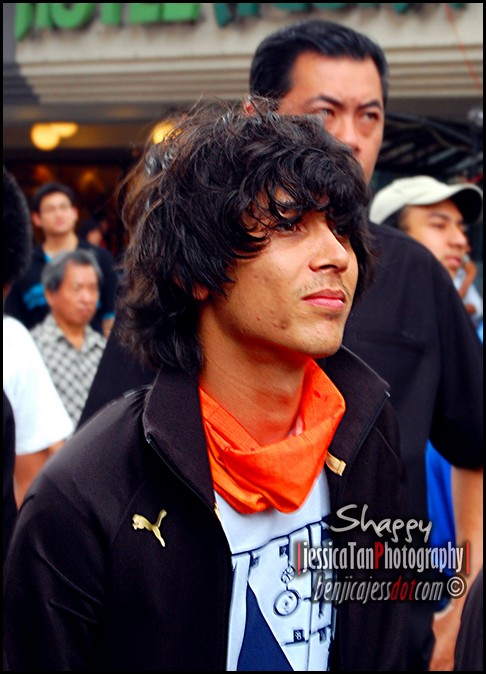 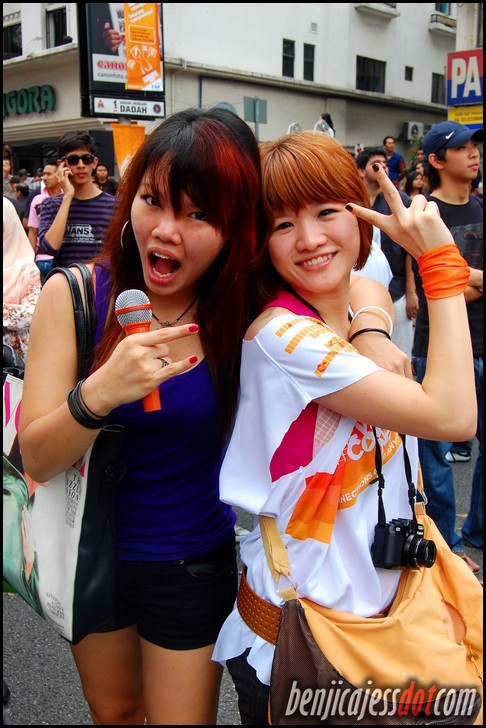 Check out Sam and I jumping on the bandwagon to participate as well in the video that I shot with Sam’s camera:

DO NOT LAUGH
Cos I’m singing in a very insane manner! >_<

Another awesome thing that was so coincidental was that, I met a few of my readers during this Everyone Connects launch! Geddit? Everything is possible with Everyone Connects : ) Yup, because everyone really connects today! It’s really nice meeting your readers in person, and getting to know them too. 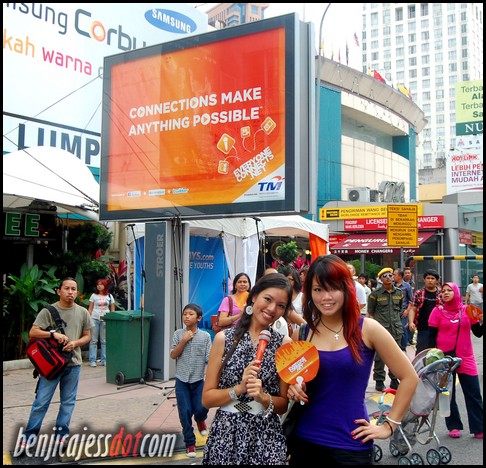 And here they are, lemme intoduce Allison (above)
and Sue Fei (below) for you ^_^ 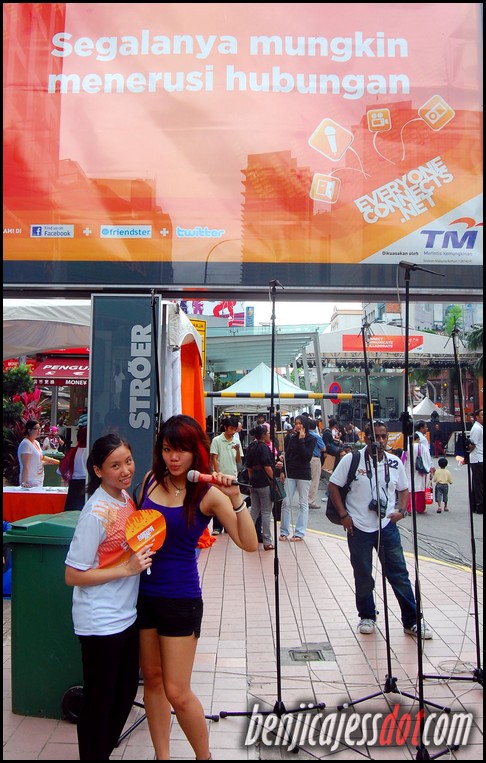 I was enticed by the participation of this huge flash mob. Fun and communication transcends at any age! I saw the old, the young and the… erm.. very young, playing a part in this launch as well! 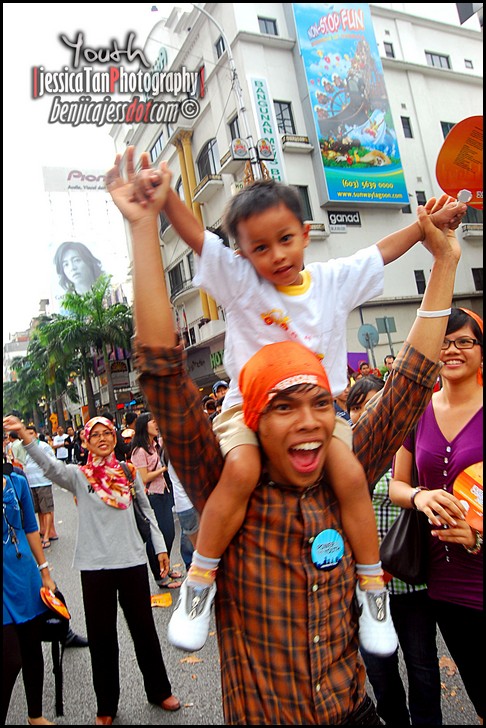 It was rather amusing when I noticed that all the passengers of our skytrain – the LRT, kept peering through the glass window just to look down at everything that’s happening right here in the middle of Bintang Walk. 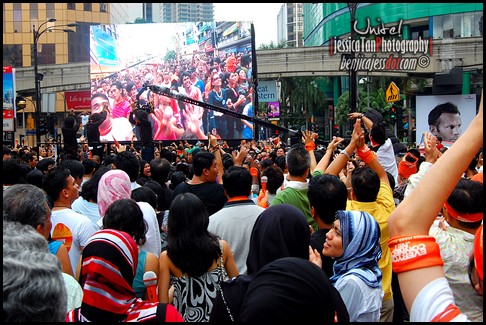 Soon after, Reshmonu then prepared to perform, he was dressed as a big orange microphone when he was running towards the stage! But we all knew it was him – his dreadlocks were the giveaway! 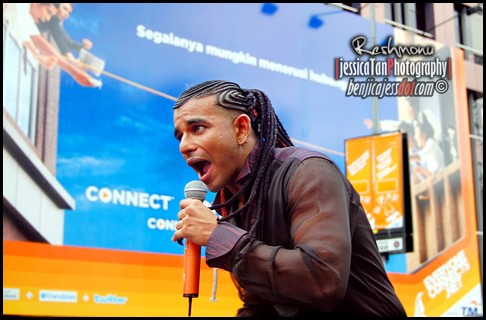 There was a heavy downpour but it definitely did not dampen our spirits. We continued singing and jumping in the rain along with the outrageous crowd before escaping to grab some dinner in Secret Recipe with Joshua, Sam and Vic. 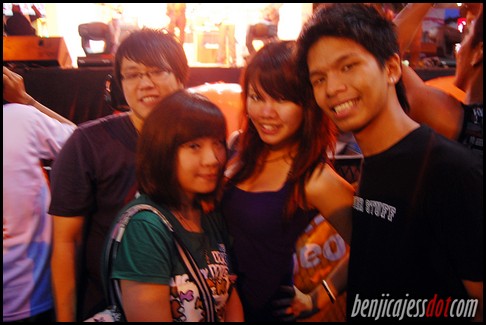 When I came back, local band Basolaye was playing on stage with their very own version of Through My Window. Apparently they had a whole hoard of supporters, roaring and cheering for them throughout the performance. 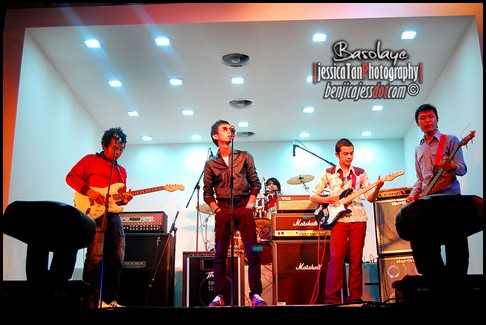 Bunkface then stole the limelight again and performed the closure of this entire TM Everyone Connects launch. 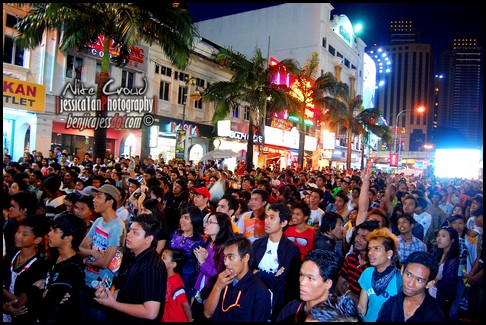 It certainly was an eventful day and a rather awesome one too. Connecting – with no cutting required! Hahahahaaha (If you’re Malaysian, you would understand this joke) So if ya spot me walking in the streets whatsoever, let’s take a picture and get connected as well, wheeee! : )