I‘m pretty sure those of you who are familiar with the American Top-40 music charts or even MTV music would have defintely heard of Boys Like Girls. For those scratching their heads thinking who I am rambling about, fret not.

They are such heartthrobs!
An American from Boston with their 1st self-titled album in 2006 and is now on tour promoting their 2nd studio album, Love Drunk. Boys Like Girls have also recently toured across USA with emo- Good Charlotte. 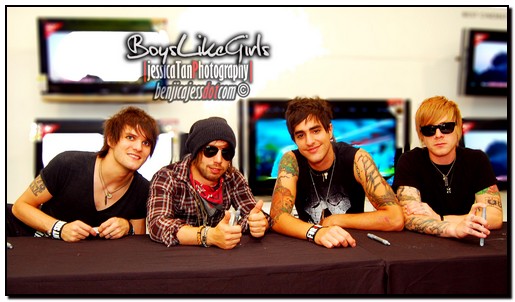 Ta-daa! There they were in the flesh yesterday at Centre in The Curve, Damansara for a meet-and-greet autograph session with their fans! Hordes of peeps, consisting of mostly young teenaged girls (and their apprehensive parents LOL) holding posters and CDs were flocking the entrance. 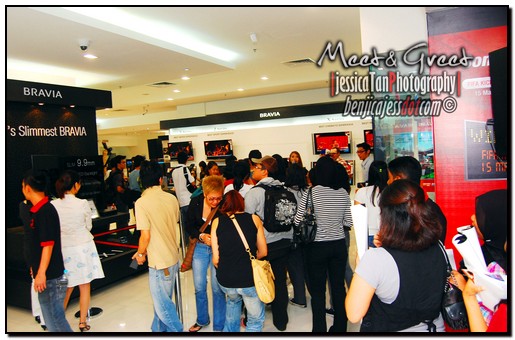 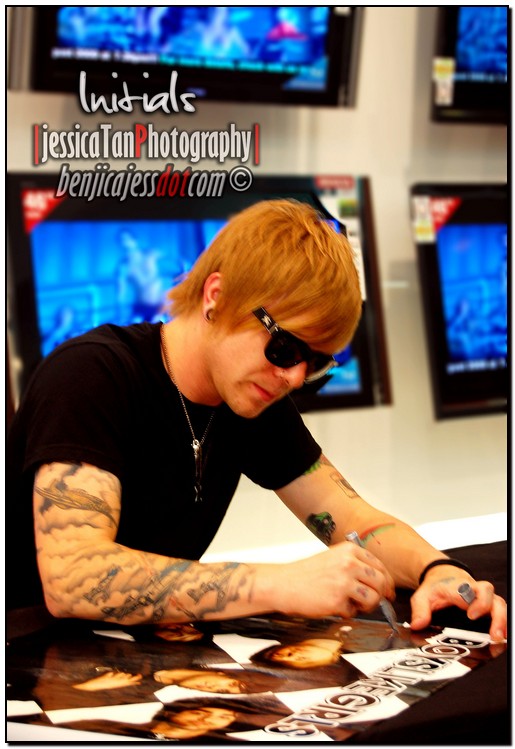 Heck, I’ve always had a thing for piereced and tattoo-ed whiteboys with emo hair. Haha. Every girls has their fantasies, no? Let’s check out these bad-ass cuties in the shots I captured. 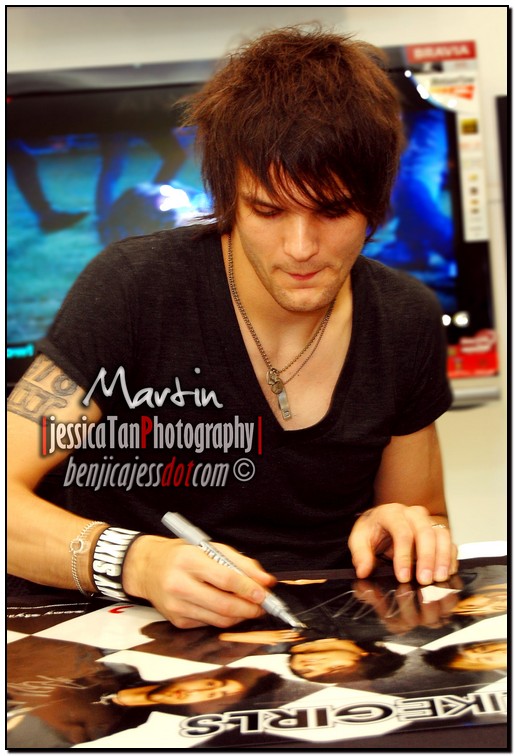 That’s Martin Johnson.
He’s the lead singer of the band. 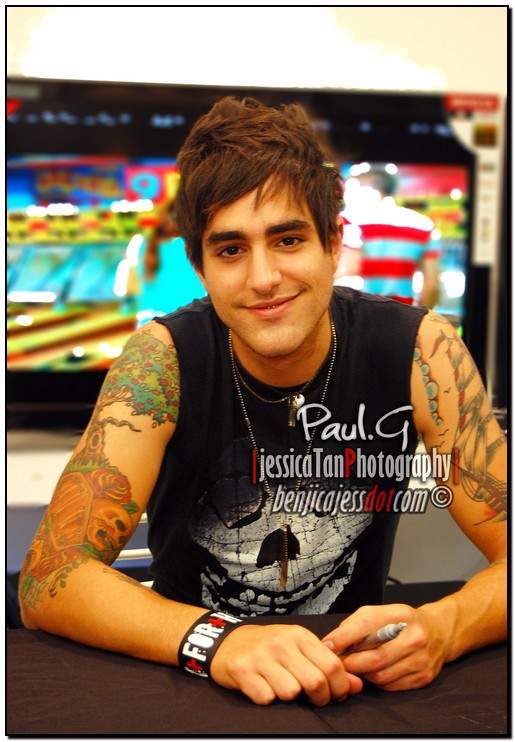 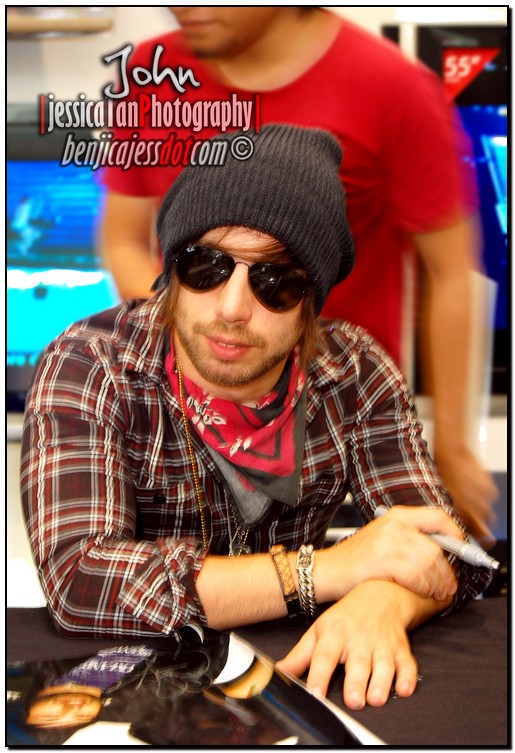 This is John Keefe.
He’s the band’s drummer 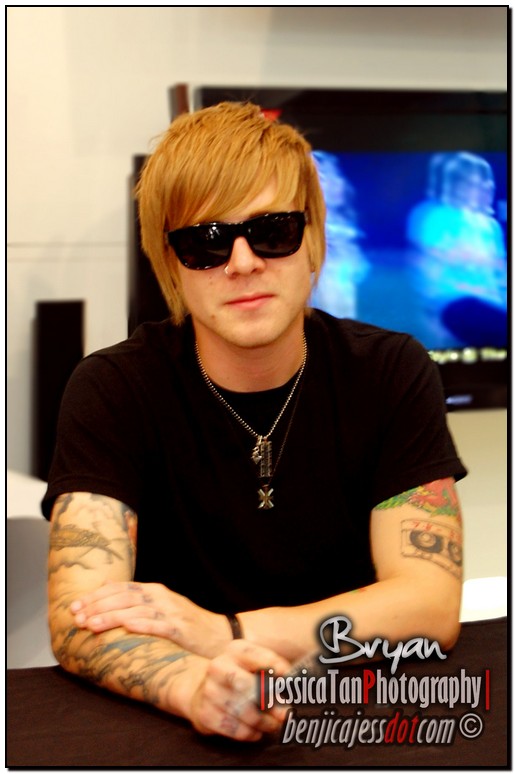 Finally, check out Bryan!
He’s the bass
ist for Boys Like Girls

Pretty cool how I’m blogging this with their songs ‘Great Escape’ and ‘Love Drunk’ blasting on my headphones. And please, do me & yourself a favour and watch this. YOU HAVE TO! DON’T LEAVE MY BLOG WITHOUT AT LEAST WATCHING THIS ACOUSTIC VERSION! Please?
I melted at his first few lines

Even if I didn’t catch them live in person yesterday or have no clue of how they look like, their music gives me an emo, punk-rock vibe which I forsee consisting of rockish looking band members. 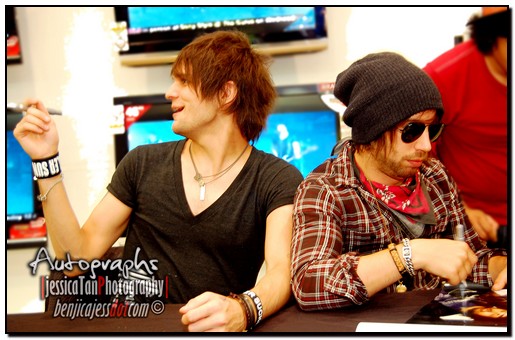 Sadly though, I didn’t manage a picture with them as they were too busy autographing their younger fans’ CDs, posters, band merchandise and even at the back of their Tshirts! 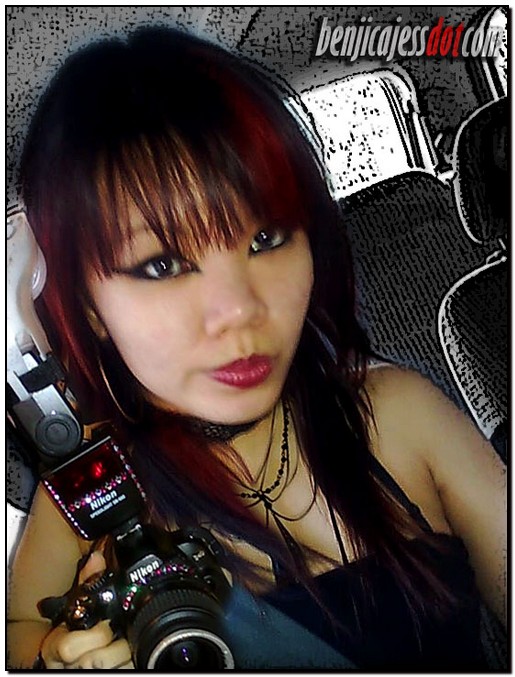 But behind those eye-candy shots,
lies the gurl and her precious gear